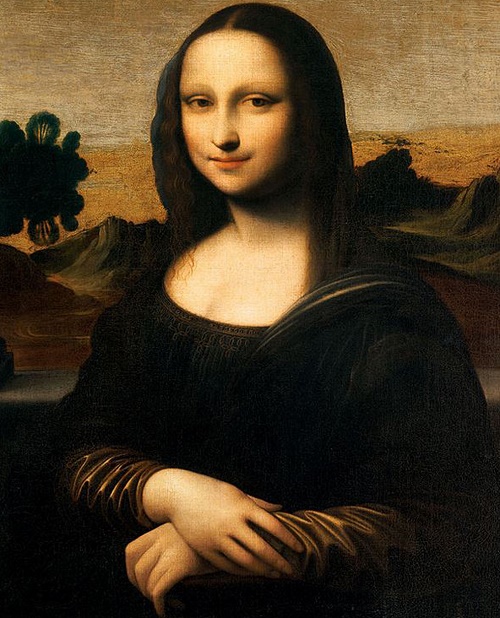 Isleworth Mona Lisa earlier Da Vinci portrait
According to the experts, the most recognized smile that enchanted the world – Mona Lisa is not unique. They revealed the early version of the iconic masterpiece, the younger Mona Liza – Isleworth, and it is several years older than more famous Mona Lisa. Swiss art foundation claims fresh tests prove artist painted earlier version of famous painting. The Isleworth Mona Lisa, once belonged to a Jane Blaker, who lived with the art-collecting Davies sisters in Powys. It was bought by Ms Blaker’s brother Hugh in 1913, who is best known as a picture advisor to the sisters. Mr Blaker was from Isleworth, West London — hence the name. He bought the painting from a grand collection in Somerset, where it had apparently hung on the walls for a century. 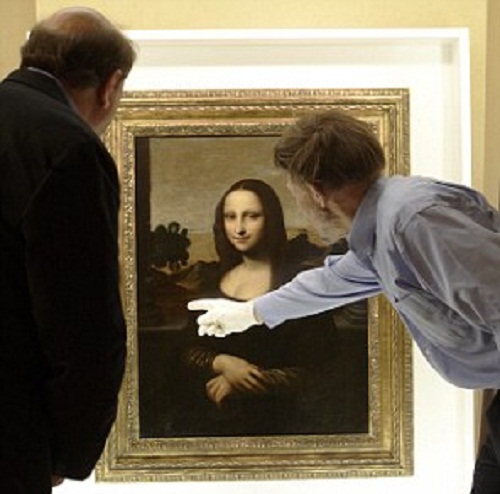 David Feldman (right), vice president of the Mona Lisa Foundation, shows similarities on a painting attributed to Leonardo da Vinci and depicting Mona Lisa to his brother Stanley, an art historian, during a preview presentation in a vault in Geneva in this September 26, 2012 file photo. 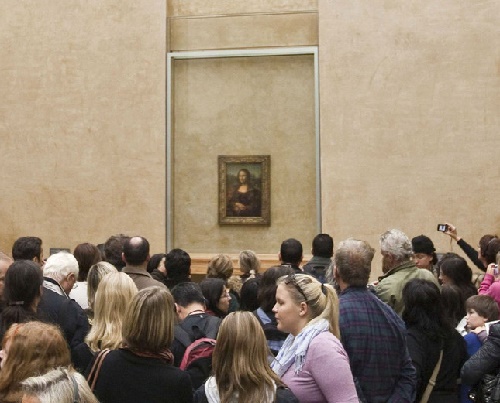 Visitors watch Leonardo da Vinci’s Mona Lisa 03 April 2001 in the Louvre museum in Paris. The painting had been hung in a different room for the past two years whilst the original room was renovated

After Blaker’s death in 1936, the painting passed to his sister Jane who lived at Gregynog as the Davies sisters’ companion. Following her death in 1947, it was sold in London to the American collector, Henry Pulitzer. It is now owned by a Swiss consortium and has spent 40 years in a bank vault. 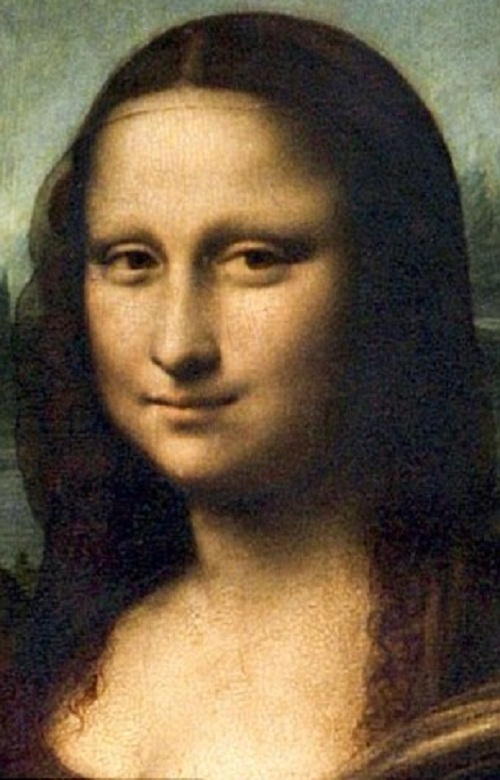 On display in the Louvre in Paris for three centuries. Regarded as the only one painted by the Italian master, The Mona Lisa 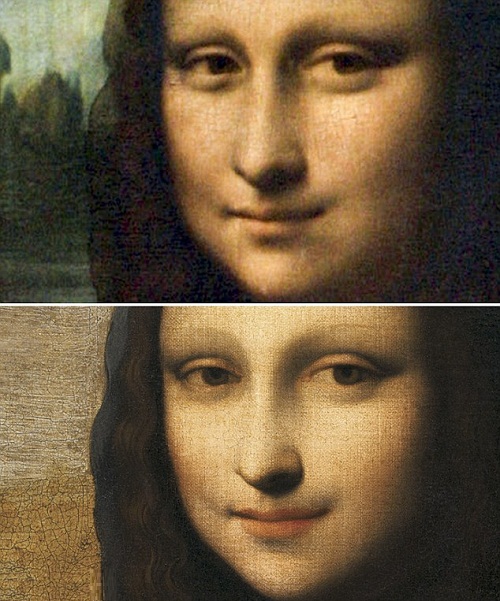 The Zurich institute carried out a carbon-dating test on the canvas of its painting. According to them, it was almost certainly manufactured between 1410 and 1455 – refuting claims that it was a late 16th century copy. 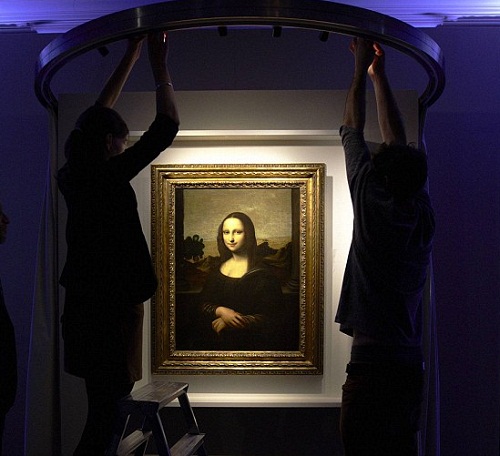 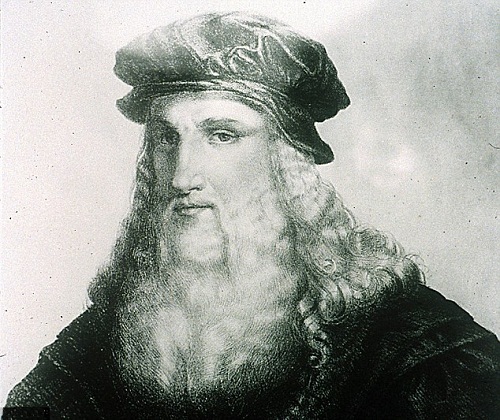