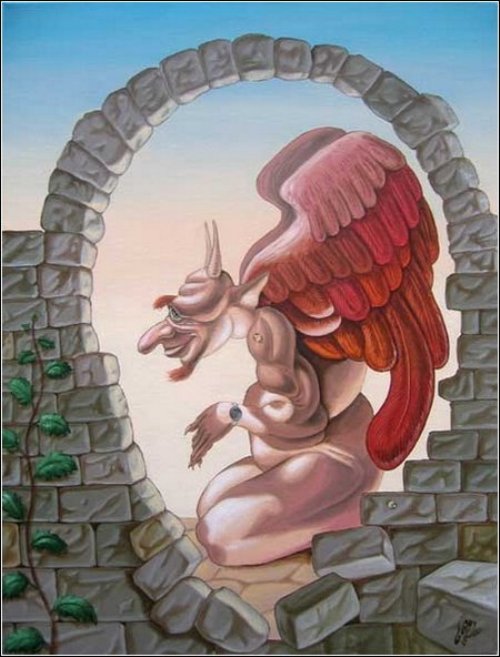 Puzzle portraits by Victor Molev
Born in Nizhniy Novgorod (Russia) in 1955, Victor Molev is a talented Russian artist. He graduated from Institute of Architecture in 1976 and began working as an architect and theater set painter. However, in 1990, after the collapse of the USSR, due to difficult economic situation in the country, he, like many of his colleagues, left Russia. In particular, Victor Molev immigrated to Israel.
Noteworthy, Victor became a member of the association of artists and sculptors in Israel. Talented painter and graphic artist, he participated in numerous exhibitions (both solo and general) in Russia, Israel and Europe. His works can are in private collections throughout Europe, United States, Canada and Israel. In August 2006 he moved to Canada. And now he lives in Richmond Hill, Ontario. 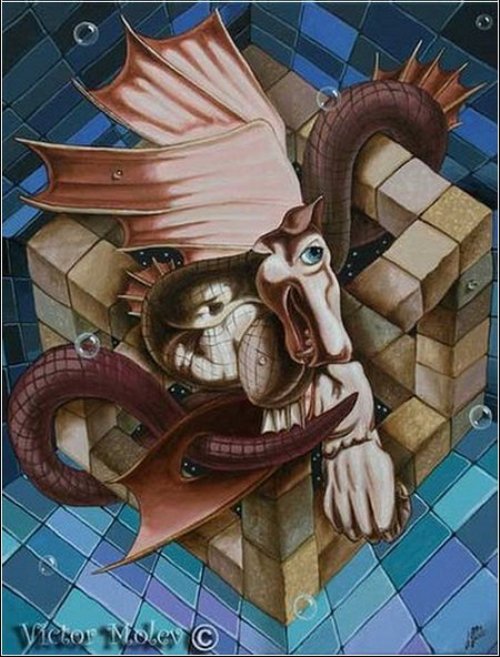 Molev has creatively fulfilled himself as a talented artist. In particular, painter, graphic artist, scene designer, decorator, and an architect. However, his major activity is still easel painting to which he devotes so much time and effort. Meanwhile, his painting has not appeared spontaneously, it is the result of accumulated knowledge and experience making the foundation of his creative activities. And it is rather difficult to describe all the versatility of his painting gamut on pages of a catalog. It is focused on genre paintings, fancy compositions reflecting peculiarity of plots and images and their unconventional interpretation. 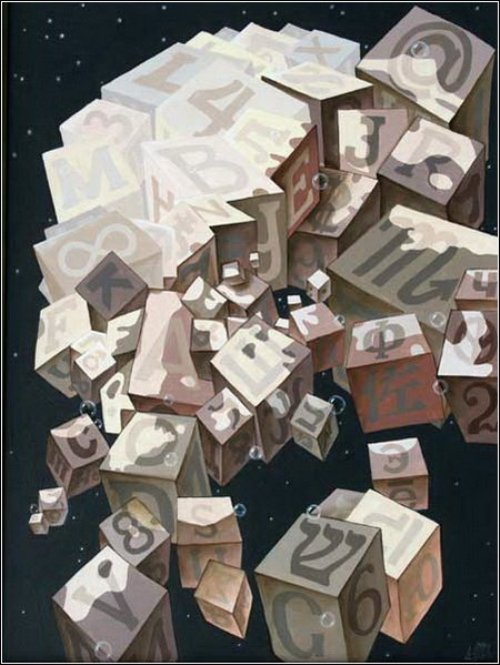 The series of enigmatic portraits in which the evident meaning blends into the hidden one, setting eye-catches occupy the special place. Thus, we suddenly recognize A. Chekhov in the plain landscape surrounded by naked trees and see the face of Albert Einstein in randomly scattered chess. Mona Liza, Beatles and many other celebrities are undergoing transformations. In addition, the new works of the previous years are the evidences of the painter’s permanent creative search. Undoubtedly, Victor Molev’s art attracts many admirers and leaves no one indifferent. 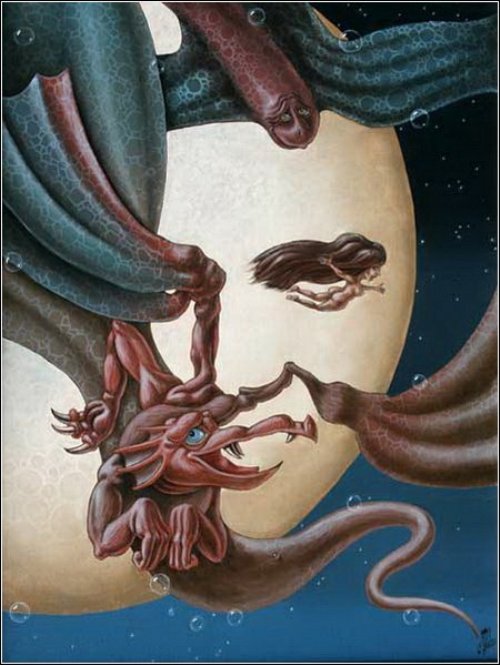 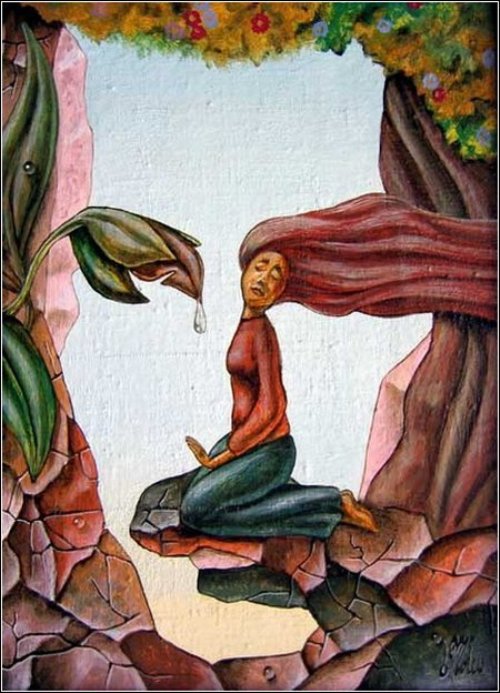 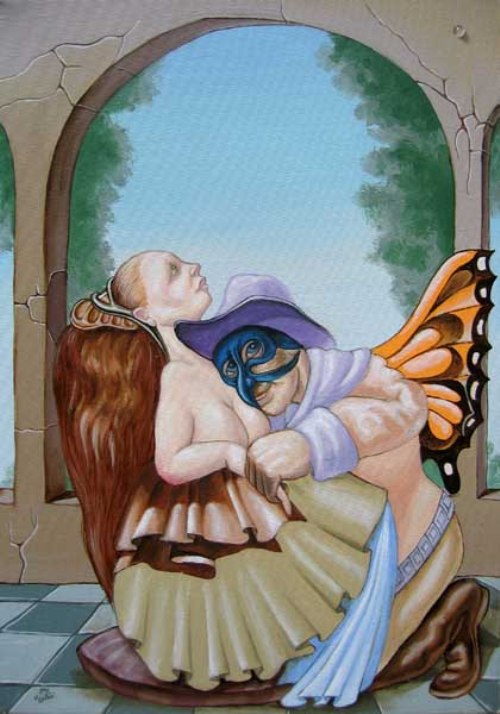 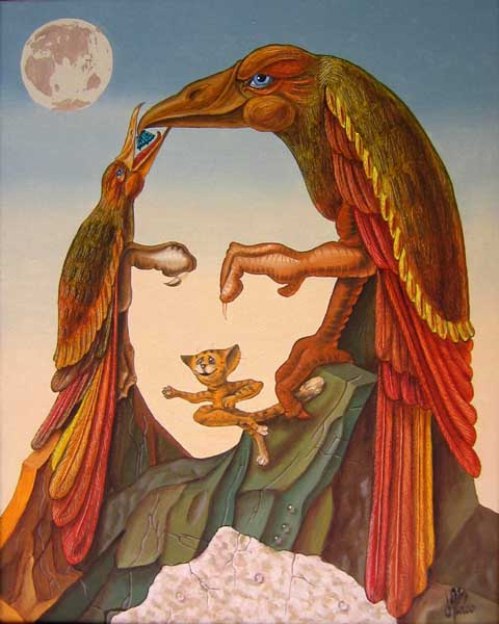 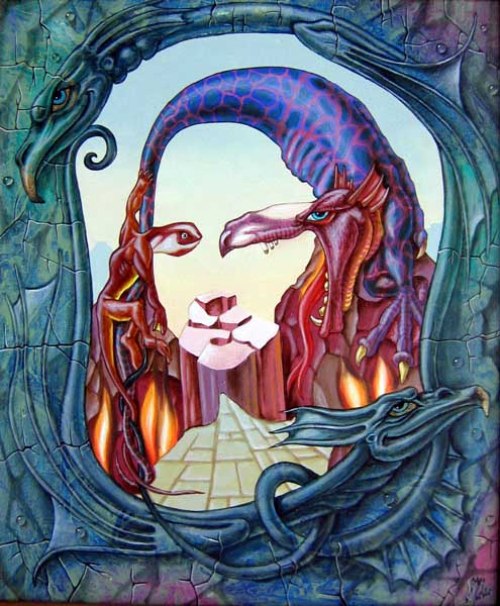 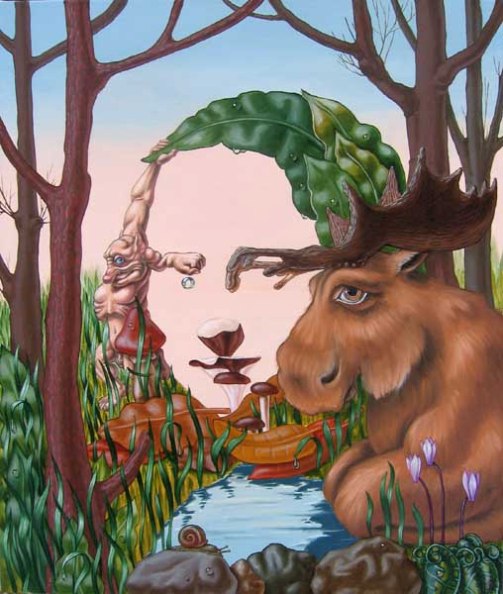 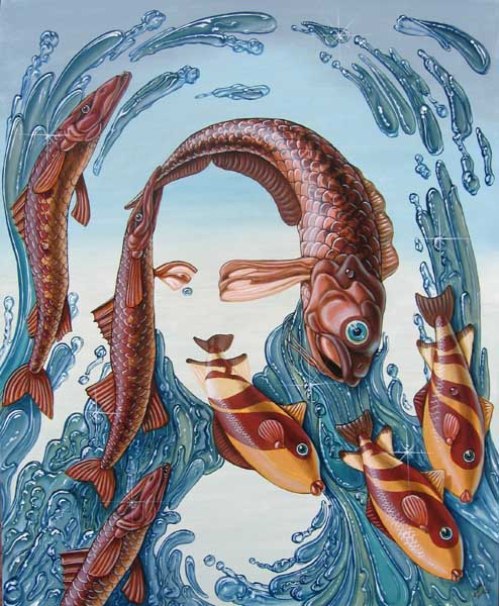 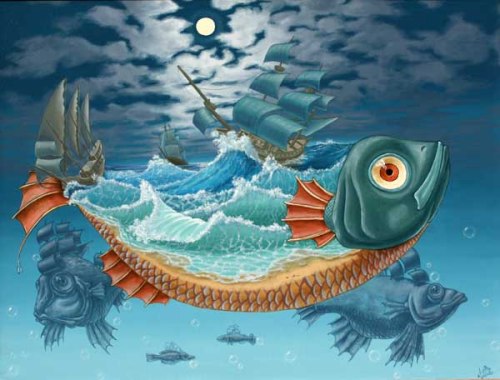 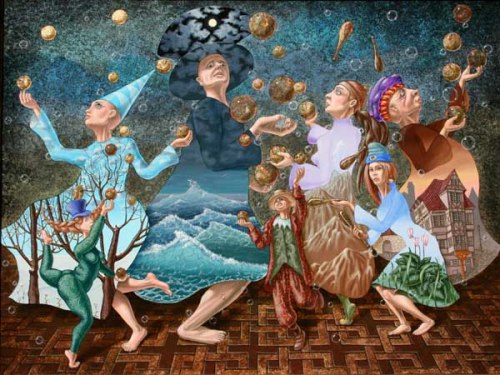 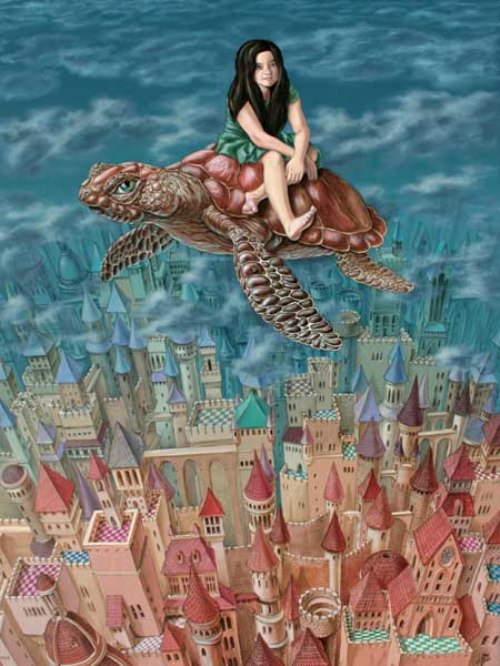 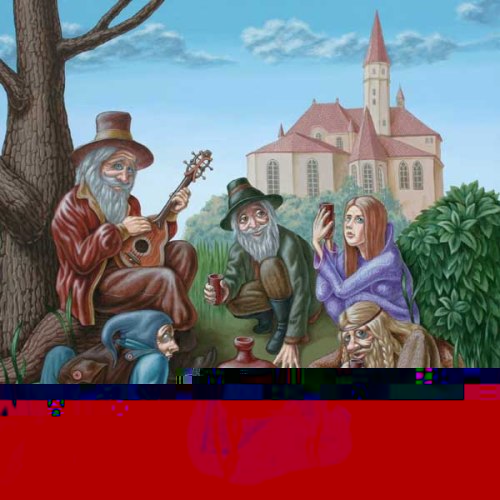 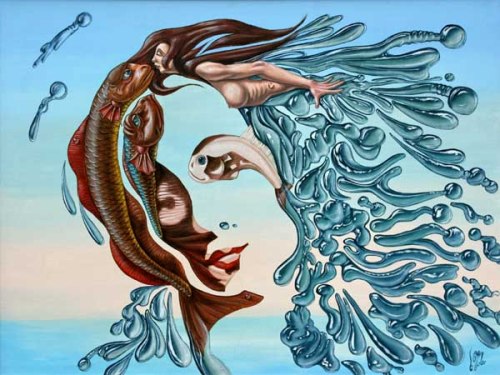 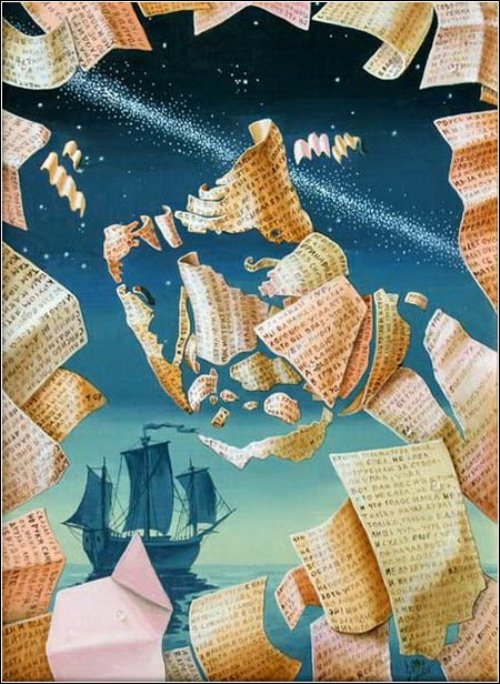