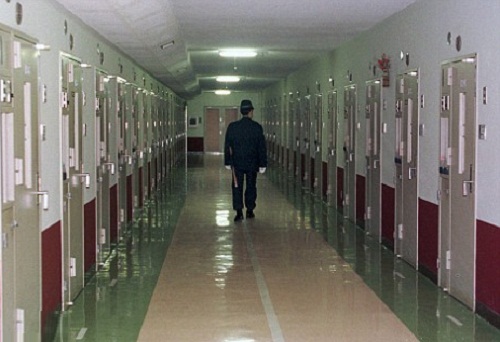 Throughout the twentieth century, few industrialized countries carry out executions of criminals.
Most trace this attitude to the Biblical roots of the country and the dictum of ‘‘eye for an eye’’ justice.. Only in 2010 the Japanese government for the first time half opened to local journalists Japanese death house: how execution chamber looks like. Reporters who were taken to the prison traveled in a bus, its windows obscured by curtains to hide the chamber’s location. One of them said afterwards: ‘There was the smell of incense… The impression was that of sterile objects in a clean, carpeted room.’ Japan, along with the United States remains one of the few developed countries that retain the death penalty. From 2000 to 2009, Japan had been sentenced to 112 people. The average waiting term of execution is six years. Death row inmates are notified an hour before the execution. Execution is by hanging. 86% of Japanese approve death penalty. 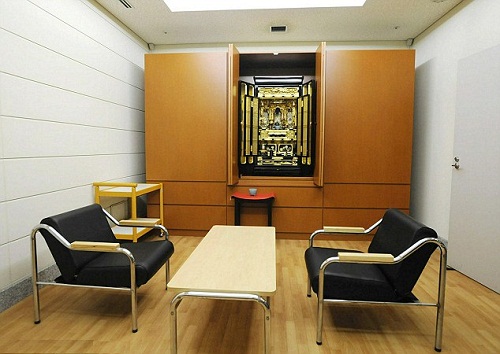 Inside the Japanese death house

The room where inmates can meet with a priest before they are hanged. When a death order has been issued, the condemned prisoner is informed only on the morning of their execution. They are then offered a final meal. 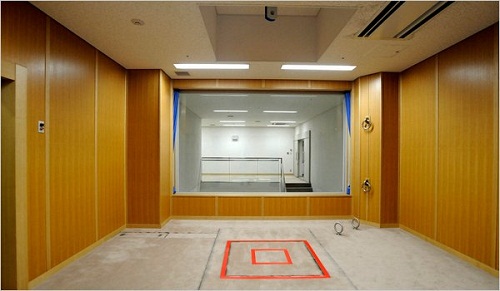 Inside the Japanese death house

Pictures from inside the Detention House show the carpeted floor of the chamber and the hooks on the wall indicate where the inmate is chained. 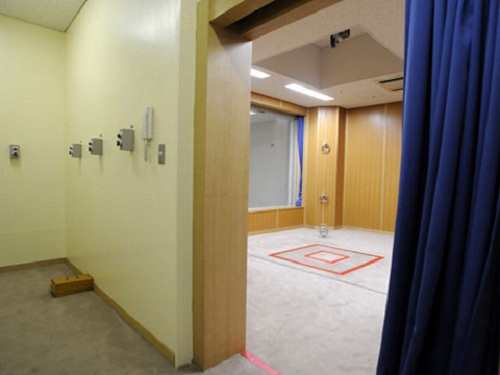 Inside the Detention House in Japan

In the center is the square trap door, the red lines marks the spot where convicts stand with the noose around their neck, before it opens below them and they plunge to their deaths. 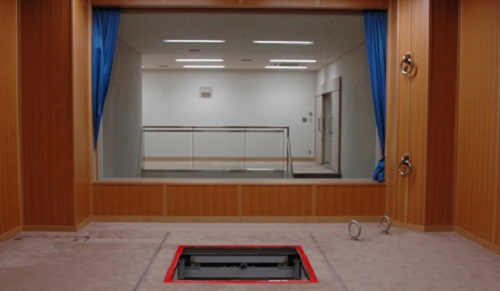 The mechanism is triggered by one of three wall-mounted push buttons in an adjacent room, pressed simultaneously by three officers, although none of them is told which button is the live one that will cause the prisoner’s death. 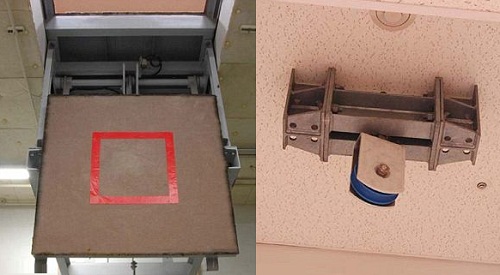 Tokyo Detention Center, Japan, 27 August 2010. Japan’s Justice Ministry opened up its death chamber to local media for the first time to spark debate about the use of capital punishment

In a stark contrast, the grey-tiled room below, into which the body drops, is cold and clinical. 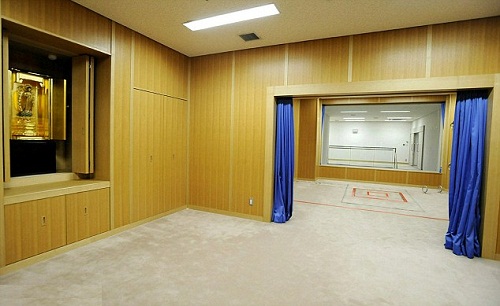 In another room, a golden Buddha statue stands in an alcove for final prayers before the handcuffed convicts are blindfolded and led to their deaths. Opposite the execution room is the gallery from where witnesses can view the hanging.