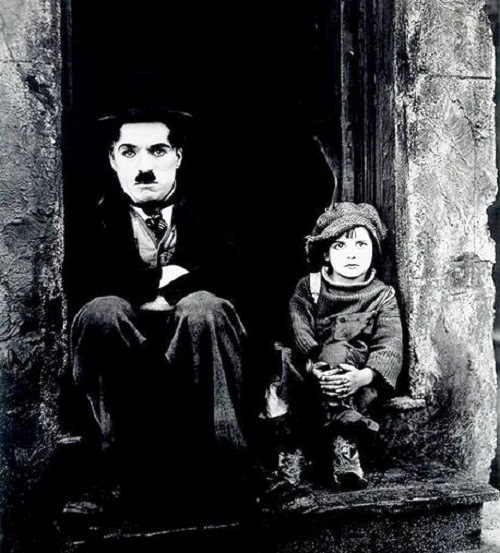 John Coogan first greatest child actor in the world
Born in 1914 in Los Angeles, California, John Leslie Coogan (Jackie Coogan) became one of the greatest actors of cinema. As a child actor, he is best remembered for his role as Chaplin’s irascible sidekick in the film classic The Kid (1921), and for the title role in Oliver Twist. Coogan took up the cause of the Armenians, Greeks, and others made destitute during the horrors of the First World War, working with Near East Relief. He toured across the United States and Europe in 1924 on a “Children’s Crusade” as part of a fundraising drive, which ended up providing more than $1,000,000 in clothing, food, and other contributions (worth more than $13 million adjusted for 2012 dollars). Accordingly, honored by officials in the US, Greece, and Rome, he even met with the Pope. 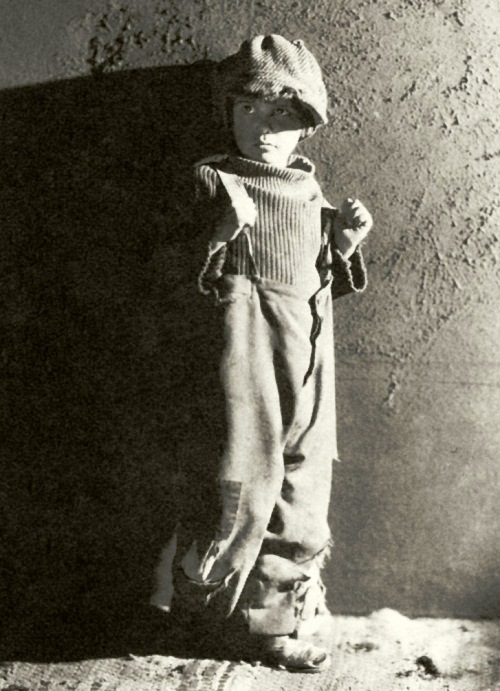 Meanwhile, Charlie Chaplin discovered Coogan in the Orpheum Theatre, Los Angeles, a vaudeville house, doing the shimmy, a popular dance at the time, on the stage. Coogan’s father was also an actor. Jackie Coogan was a natural mimic and delighted Chaplin with his abilities. Chaplin subsequently cast him in a brief role in his short film A Day’s Pleasure, made in 1919.

The press proclaimed him “the greatest young actor in the world”, and it was true. Jackie was a gift to affect audience emotions. He was the first child star, who achieved such incredible success

He was one of the first stars to be heavily merchandised, with peanut butter, stationery, whistles, dolls, records, and figurines as some of Coogan merchandise offered. He traveled internationally, being greeted by huge crowds. Many of his early films are lost or unavailable.

In 1971, Chaplin released an updated version of The Kid with a specially written by him for the movie soundtrack, it was a musical quotation from Tchaikovsky’s Sixth Symphony.

In 1921, Charlie Chaplin (1889–1977), introduced the first actor to become famous in films as a child Jackie Coogan (1914–1984). Chaplin cast Coogan as a seven-year-old in The Kid (1921), a tender story in which Chaplin’s popular tramp character adopts an orphaned boy. Coogan’s performance was remarkably emotional and assured, quickly earning him further roles in films like Oliver Twist (1922), Daddy (1923), and A Boy of Flanders (1924).

His success soon made him the youngest person in history to earn a million dollars, most of which his parents squandered over the course of his youth. Such exploitation of child actors led to the California legislature passing the Coogan Act in 1939, which was intended to protect acting children’s assets.

Following Coogan’s lead, many child stars emerged in the 1920s, and like Coogan, few of them retained their stardom beyond the decade. 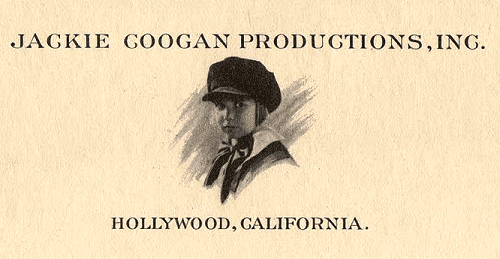 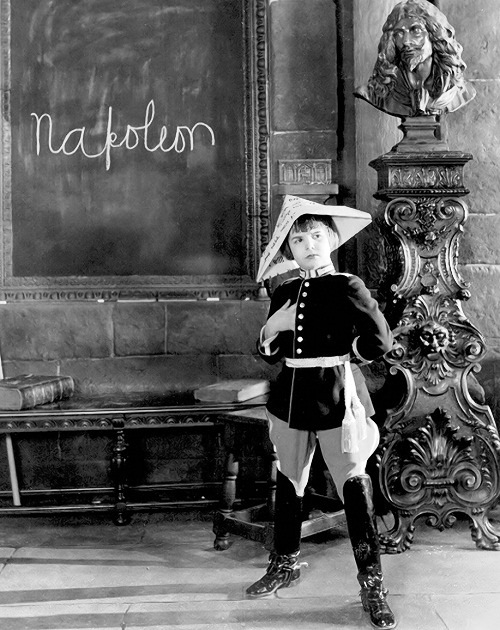 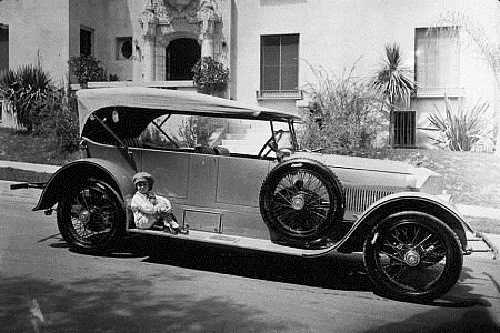 Sitting on his first Rolls Royce 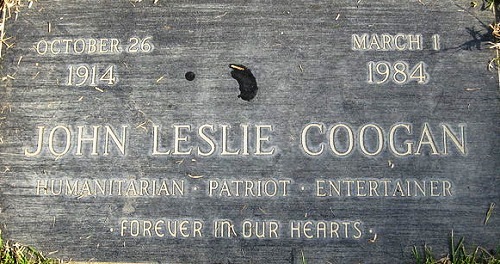 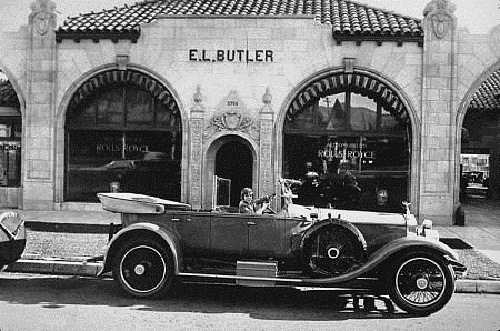 Touring on his first Rolls Royce 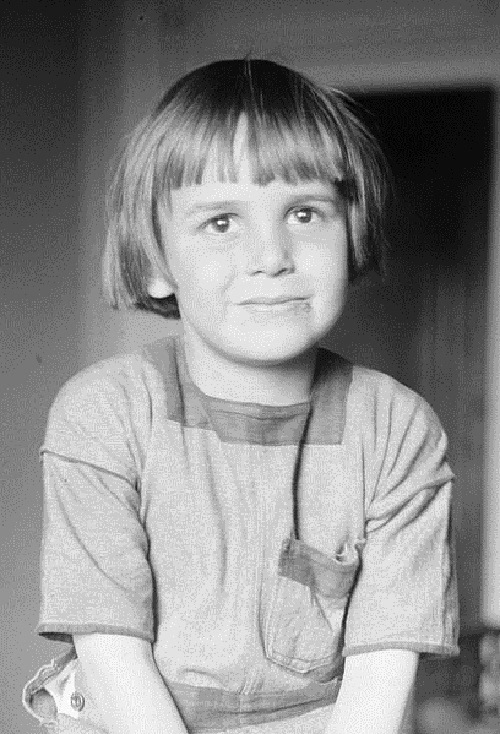 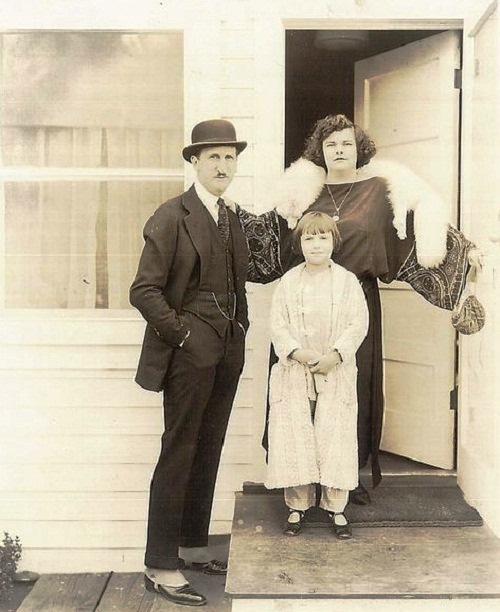 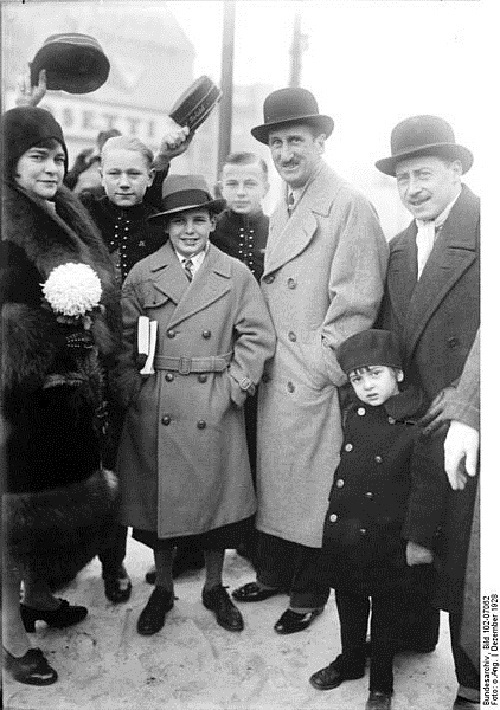 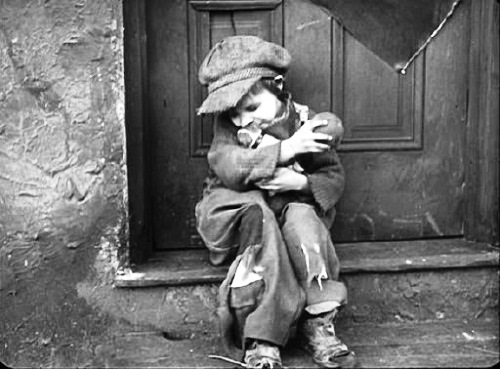 With a puppy, boys are boys 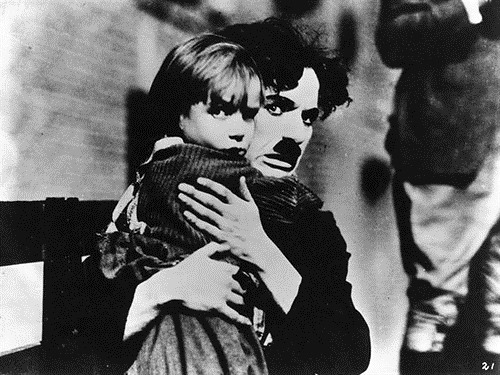 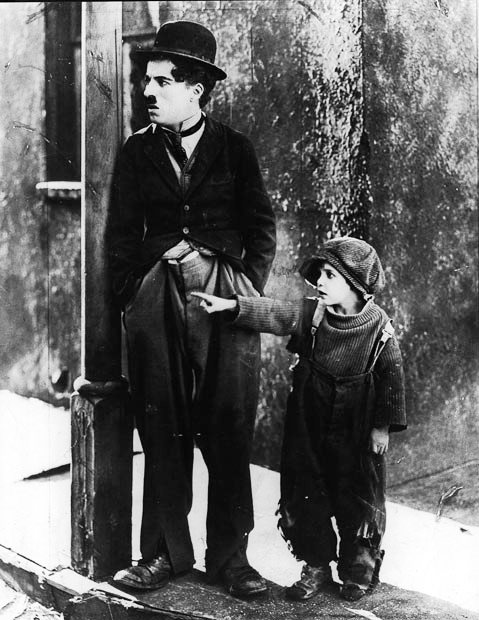 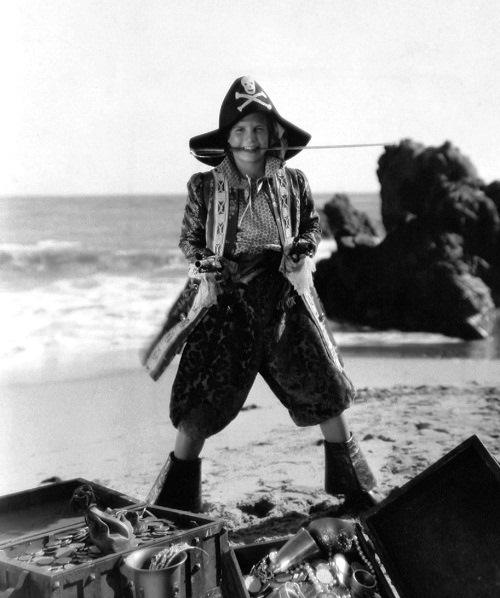 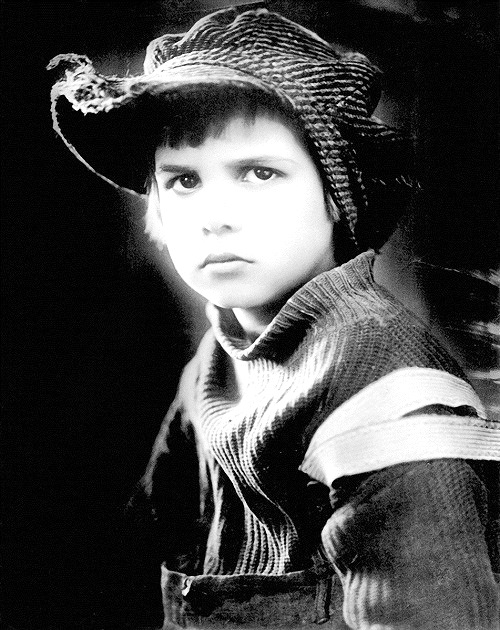 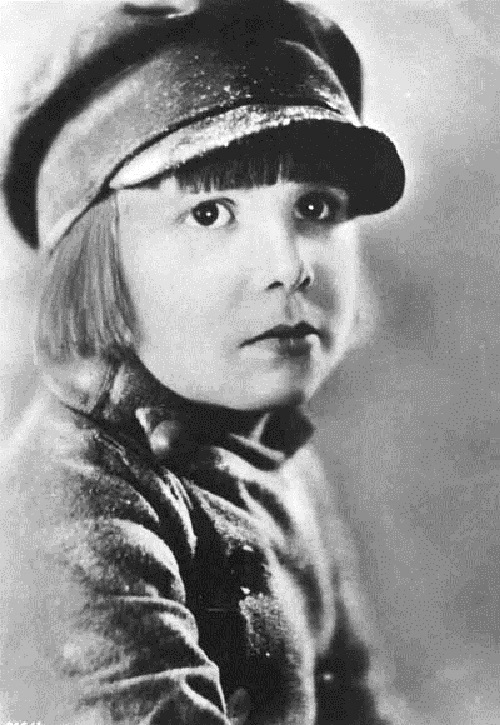 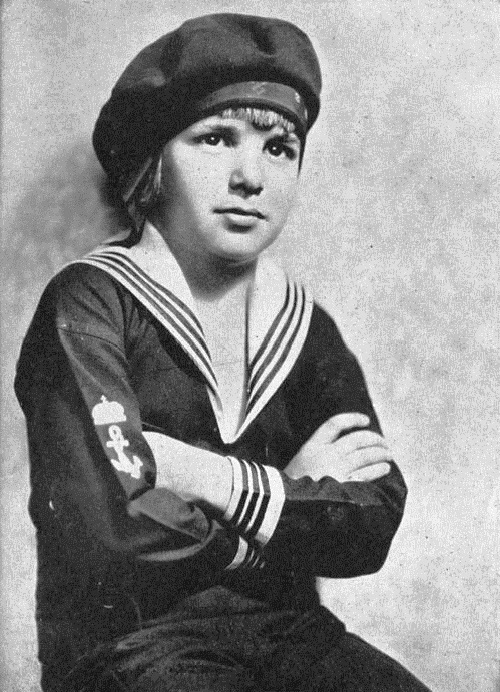 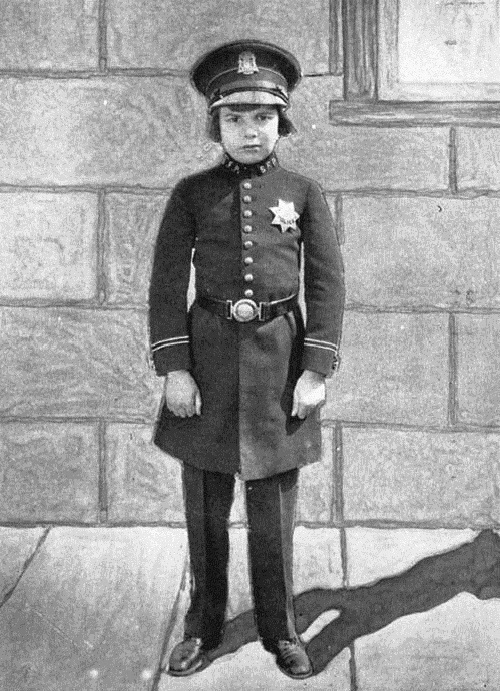 In a uniform, John Leslie Coogan 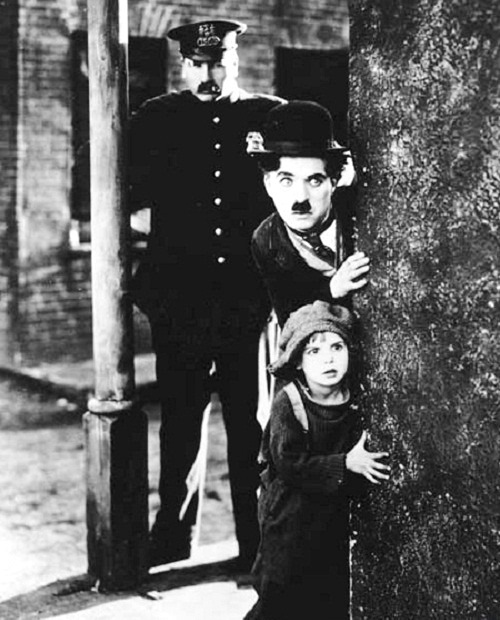 Scene from the Kid 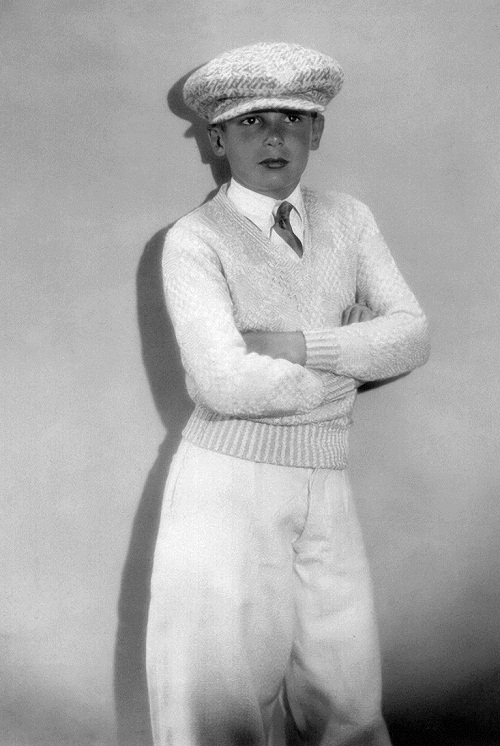 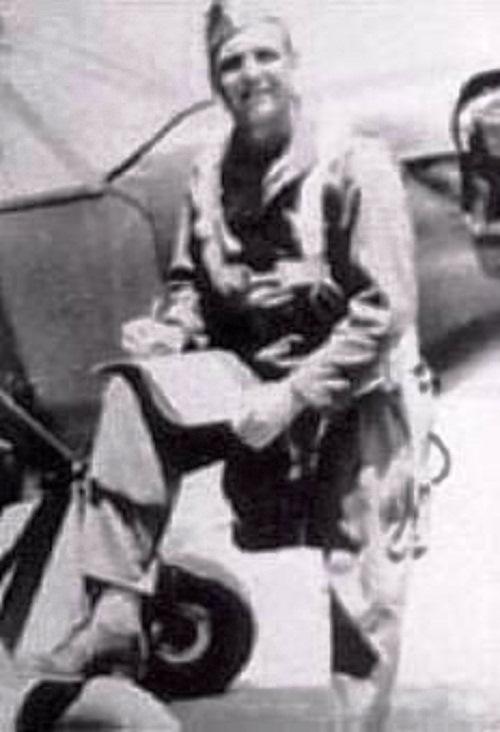 Pilot of US army, John Leslie Coogan during WWII 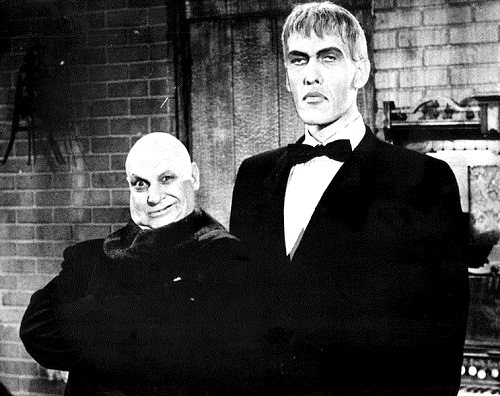 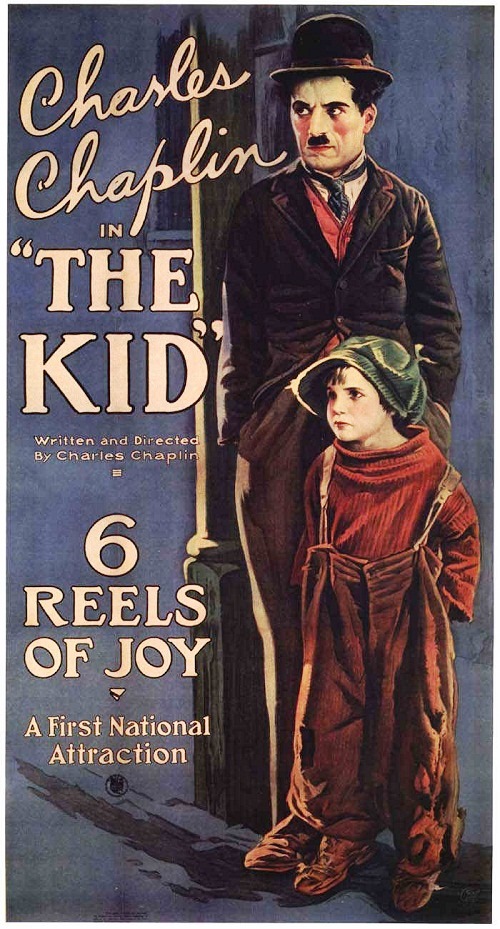 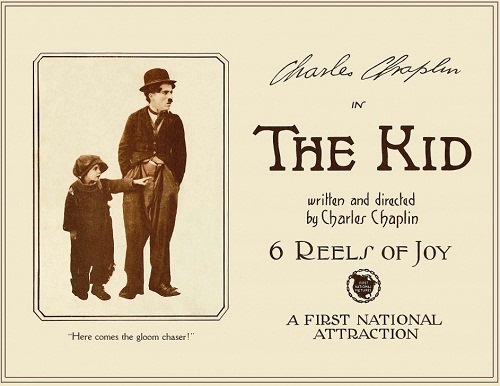 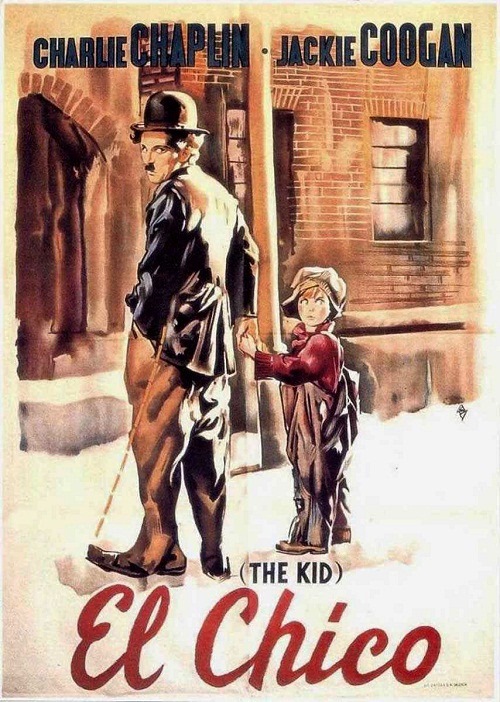 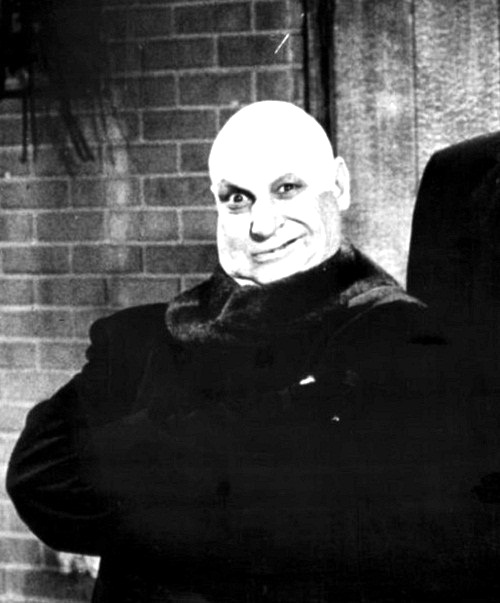 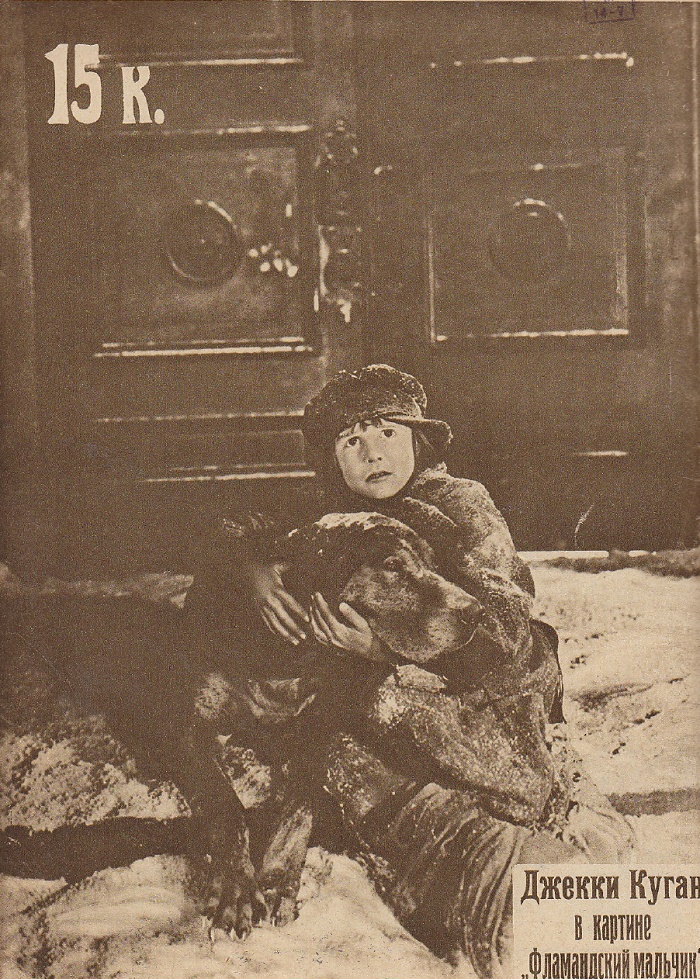