Charlie Chaplins women
The life story of Charlie Chaplin is a love story, at least as I see it. Several loves, marriages, divorces, 12 children (officially). Love and cinema were his great passions. “All I need to make a comedy is a park, a policeman and a pretty girl”. Charlie Chaplin. Alongside with his bright movie characters, talented comedies, films, the actor is remembered for his love stories. “My autobiography” – … He’s very versatile – a tramp, and a gentleman, a poet and a dreamer, but in general he is a solitary creature, dreams of a beautiful love and adventure. He wants you to believe that he is a scientist, or a musician, or Duke, or polo player. At the same time, … he can give the lady a kick in the ass – but only under the influence of strong anger”. 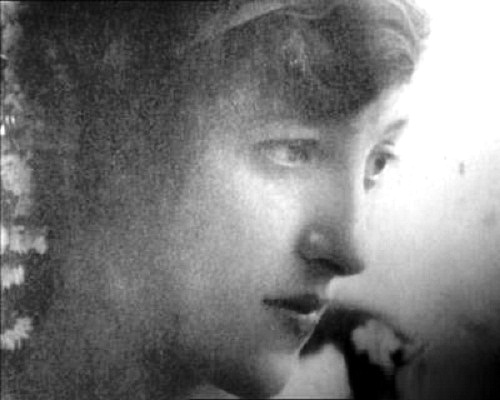 Hetty Kelly was Chaplin’s first love, a dancer with whom he fell in love when she was fifteen and almost married when he was nineteen, in 1908. It is said Chaplin fell madly in love with her and asked her to marry him. When she refused, Chaplin suggested it would be best if they did not see each other again; he was reportedly crushed when she agreed. Years later, her memory would remain an obsession with Chaplin. He was devastated in 1921 when he learned that she had died of influenza during the 1918 flu pandemic. 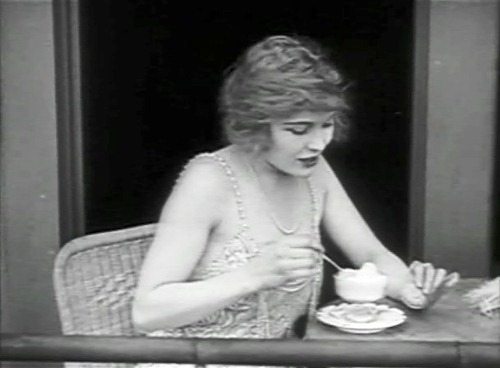 Edna Purviance was Chaplin’s first major leading lady after Mabel Normand. Purviance and Chaplin were involved in a close romantic relationship during the production of his Essanay and Mutual films in 1916–1917. The romance seems to have ended by 1918, and Chaplin’s marriage to Mildred Harris in late 1918 ended any possibility of reconciliation. Purviance would continue as leading lady in Chaplin’s films until 1923, and would remain on Chaplin’s payroll until her death in 1958. She and Chaplin spoke warmly of one another for the rest of their lives.

Sixteen-year-old Harris met actor Charlie Chaplin in mid-1918, dated, and came to believe she was pregnant by him. They married on October 23, 1918, in Los Angeles, California. The couple quarreled about her contract with Louis B. Mayer and her career. Chaplin felt she was not his intellectual equal, and, when their child died in July 1919 after three days of life, they separated in the autumn of 1919. 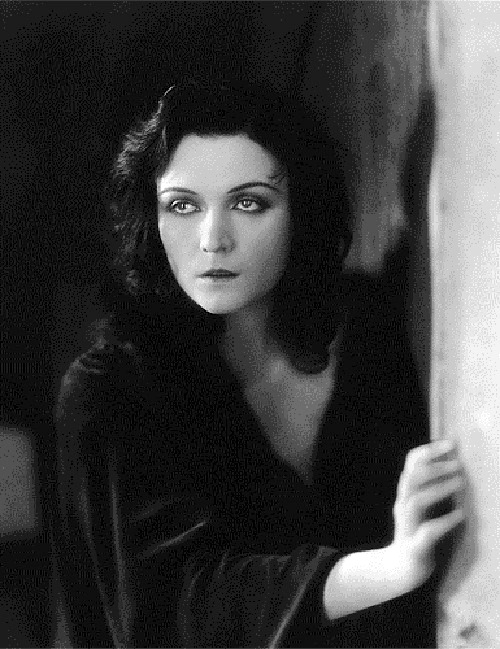 Pola Negri: Chaplin was involved in a very public relationship and engagement with the Polish actress, Negri, in 1922–23, after she arrived in Hollywood to star in films. The stormy on-off engagement was halted after about nine months, but in many ways it foreshadowed the modern stereotypes of Hollywood star relationships. Chaplin’s public involvement with Negri was unique in his public life. 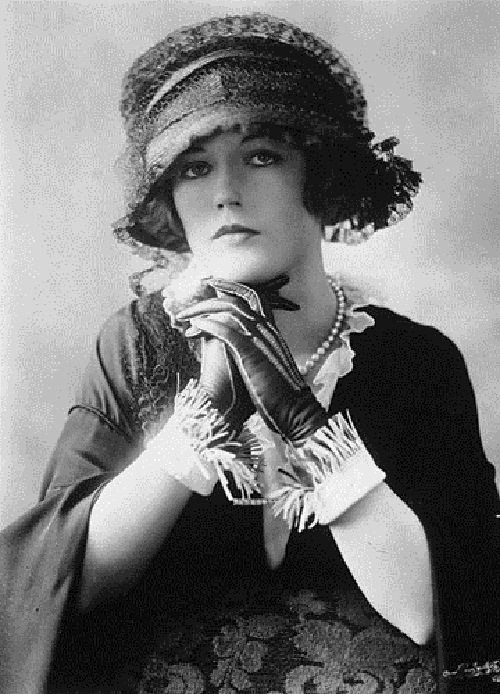 Marion Davies: In 1924, during the time he was involved with the underage Lita Grey, Chaplin was rumored to have had a fling with actress Davies, companion of William Randolph Hearst. Davies and Chaplin were both present on Hearst’s yacht the weekend preceding the mysterious death of Thomas Harper Ince. Charlie allegedly tried to persuade her to leave Hearst and remain with him, but she refused and stayed by Hearst’s side until his death in 1951. Chaplin made a rare cameo appearance in Davies’ 1928 film Show People, and by some accounts supposedly continued an affair with her until 1931. 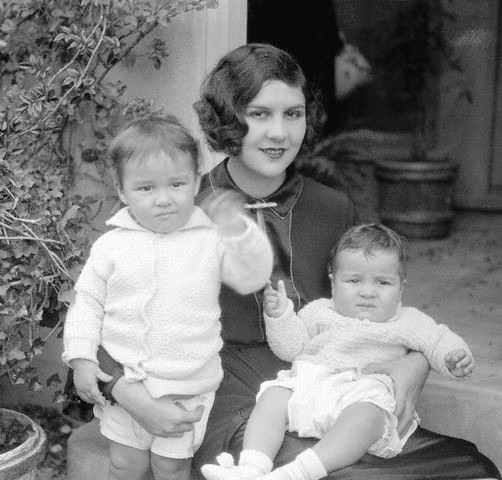 Beverly Hills, California, USA – Family Separated From Charlie Chaplin. A very recent picture of Mrs. Lita Grey Chaplin with her two children, taken at the home of her grandparents, Mr. and Mrs. William Curry at Beverly Hills, California. There she fled after her separation from the movie comedian. Mrs. Chaplin’s lawyers are preparing a divorce suit against the actor; and Charles Chaplin will in turn bring suit for divorce against his wife. 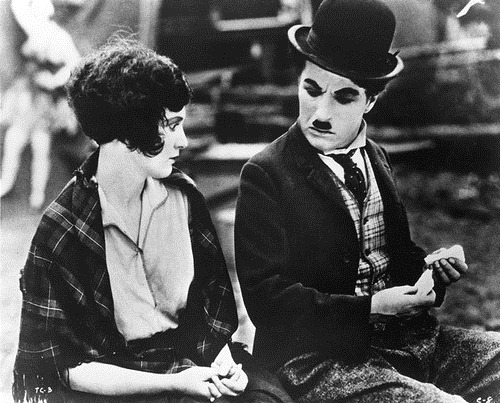 Merna Kennedy: Lita Grey’s friend, Kennedy was a dancer who Chaplin hired as the lead actress in The Circus (1928). It is rumored that the two had an affair during shooting. Grey used the rumored infidelity in her divorce proceedings. 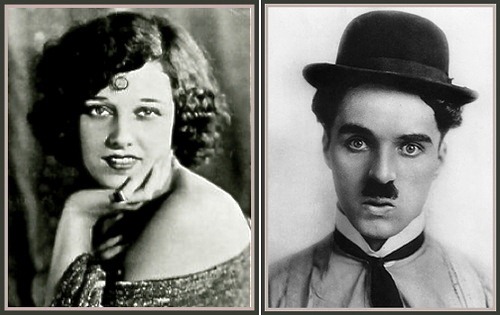 Georgia Hale was Lita Grey’s replacement on The Gold Rush. In the documentary series, Unknown Chaplin, Hale, in a 1980s interview states that she had idolized Chaplin since childhood and that the then-19-year-old actress and Chaplin began an affair that continued for several years, which she details in her memoir, Charlie Chaplin: Intimate Close-Ups. In discussing the situation in Unknown Chaplin, Hale states that her relationship with Chaplin was as strong as ever during filming. Their romance apparently ended sometime after Chaplin’s return from his world tour in 1933. 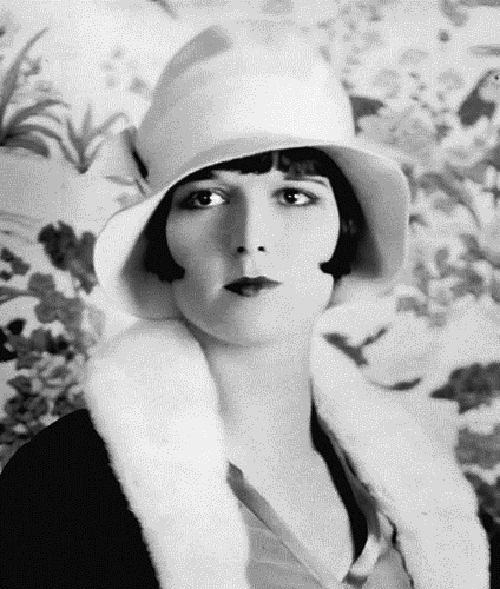 Louise Brooks was a chorine in the Ziegfeld Follies when she met Chaplin. He had gone to New York for the opening there of The Gold Rush. For two months in the summer of 1925, the two cavorted together at the Ritz, and with film financier A.C. Blumenthal and Brooks’ fellow Ziegfeld girl Peggy Fears in Blumenthal’s penthouse suite at the Ambassador Hotel. Brooks was with Chaplin when he spent four hours watching a musician torture a violin in a Lower East Side restaurant, an act he would recreate in Limelight. 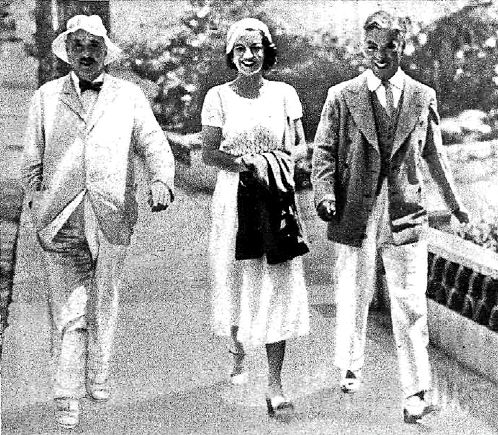 May Reeves was originally hired to be Chaplin’s secretary on his 1931–1932 extended trip to Europe, dealing mostly with reading his personal correspondence. She worked only one morning, and then was introduced to Chaplin, who was instantly infatuated with her. May became his constant companion and lover on the trip, much to the disgust of Chaplin’s brother, Syd. After Reeves also became involved with Syd, Chaplin ended the relationship and she left his entourage. Reeves chronicled her short time with Chaplin in her book, “The Intimate Charlie Chaplin”. 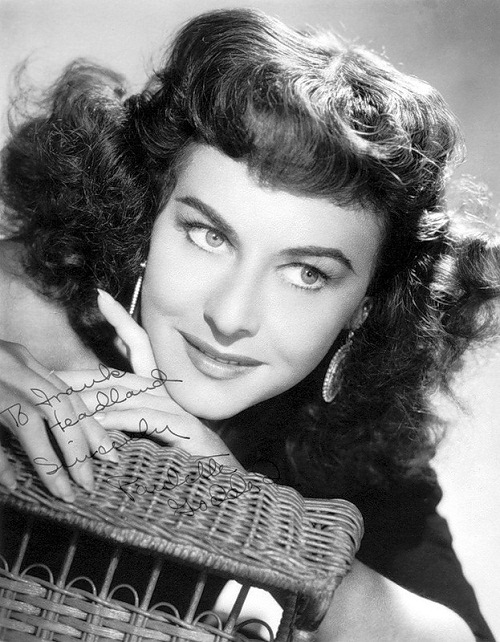 Paulette Goddard: Chaplin and actress Goddard were involved in a romantic and professional relationship between 1932 and 1940, with Goddard living with Chaplin in his Beverly Hills home for most of this time. Chaplin gave her starring roles in Modern Times and The Great Dictator. Refusal to clarify their marital status is often claimed to have eliminated Goddard from final consideration for the role of Scarlett O’Hara in Gone with the Wind. After the relationship ended in 1940, Chaplin and Goddard made public statements that they had been secretly married in 1936, their relationship ended amicably in 1942, with Goddard being granted a settlement. Goddard went on to a major career in films at Paramount in the 1940s, working several times with Cecil B. DeMille. Like Chaplin, she lived her later life in Switzerland, dying in 1990. 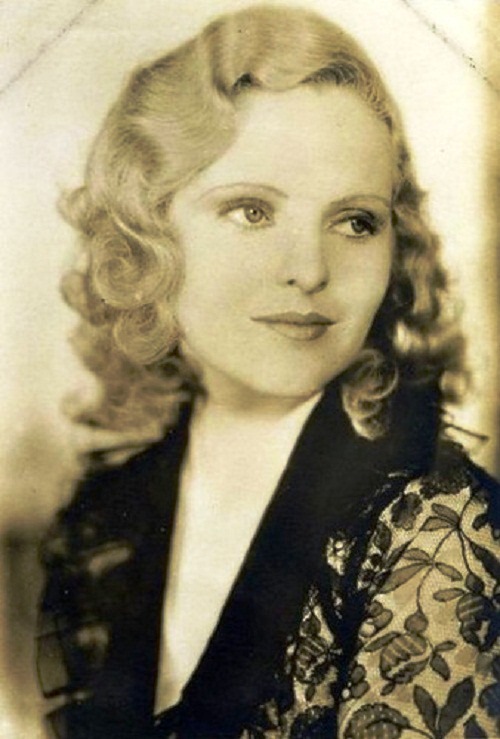 Joan Barry (1920): In 1942, Chaplin had a brief affair with Barry, whom he was considering for a starring role in a proposed film, but the relationship ended when she began harassing him and displaying signs of severe mental illness (not unlike his mother). Chaplin’s brief involvement with Barry proved to be a nightmare for him. After having a child, she filed a paternity suit against him in 1943. Although blood tests proved Chaplin was not the father of Barry’s child, Barry’s attorney, Joseph Scott, convinced the court that the tests were inadmissible as evidence, and Chaplin was ordered to support the child.

Oona O’Neill: During Chaplin’s legal trouble over the Barry affair, he met O’Neill, daughter of Eugene O’Neill, and married her on 16 June 1943. He was fifty-four; she had just turned eighteen. The marriage produced eight children; their last child, Christopher, was born when Chaplin was 73 years old. Oona survived Chaplin by fourteen years, and died from pancreatic cancer in 1991. 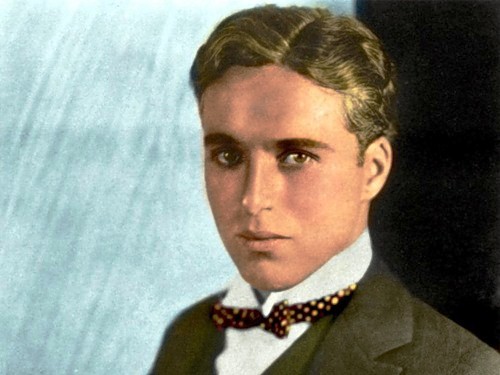 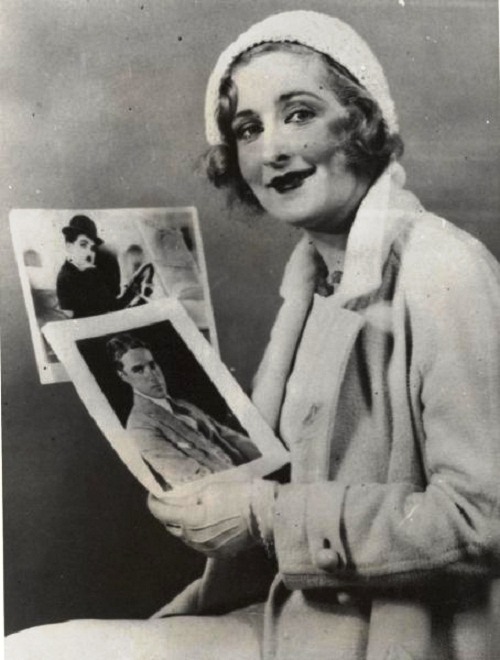 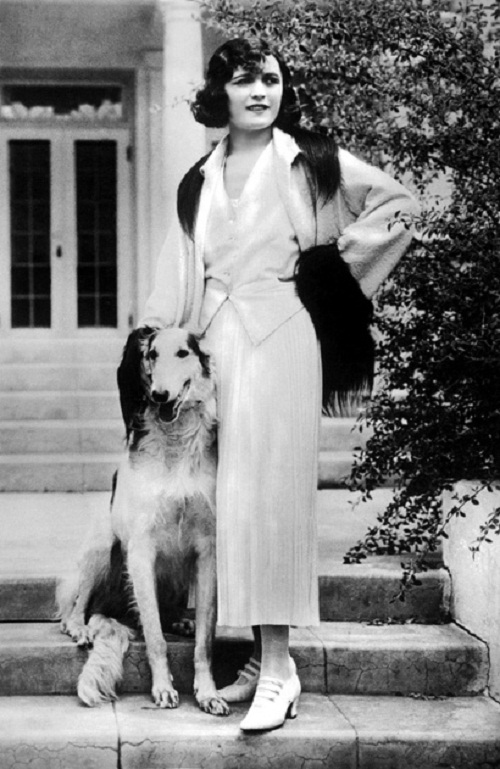 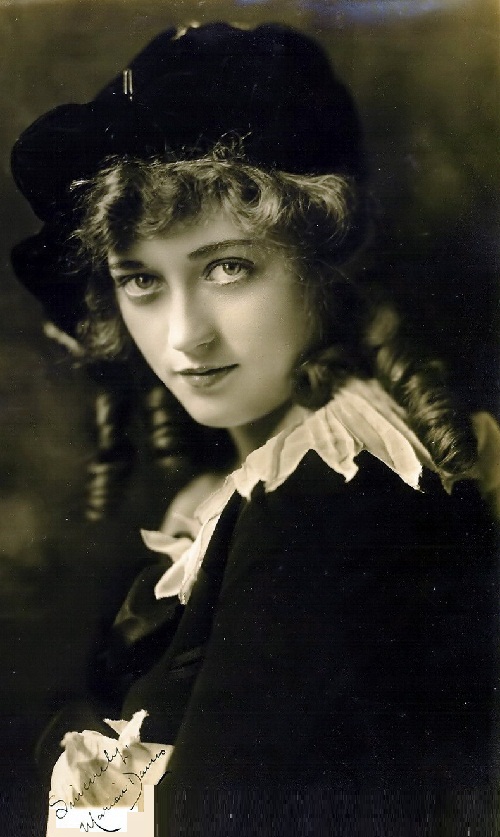 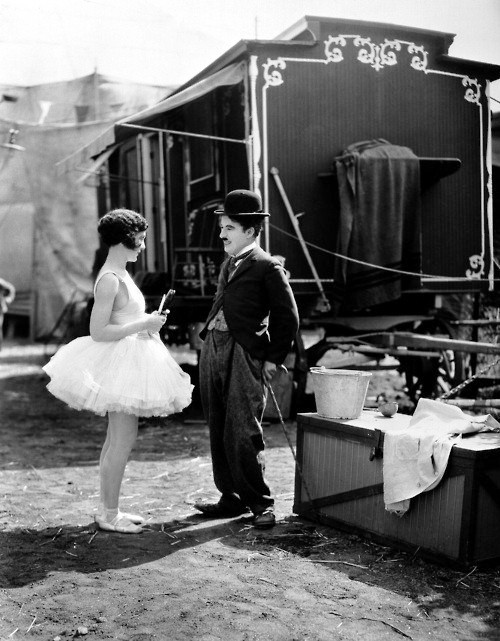 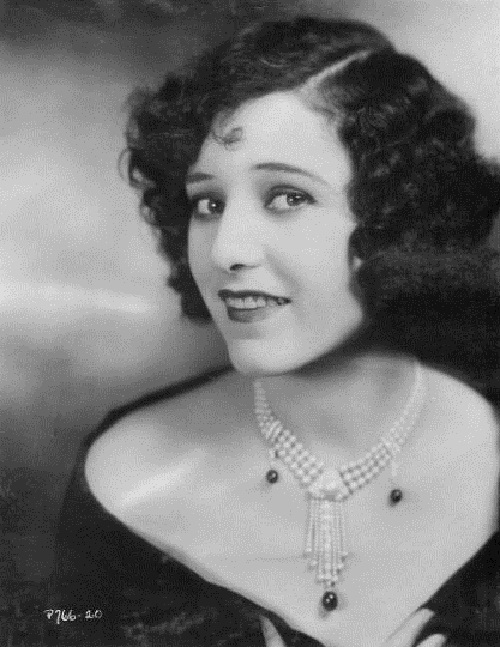 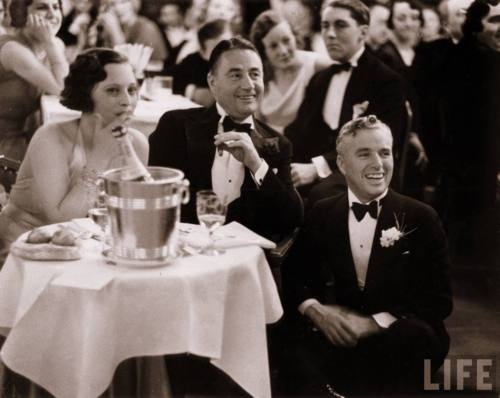 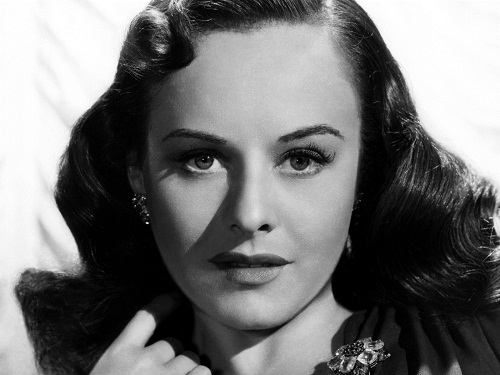 Grave of Chaplin in Switzerland 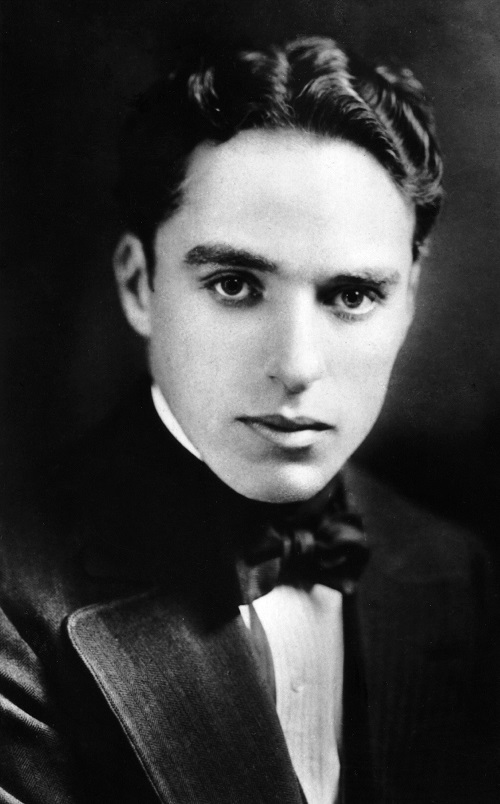