« America as it has never been seen before
Photographs of Iran – when skirts were short, dances energetic » 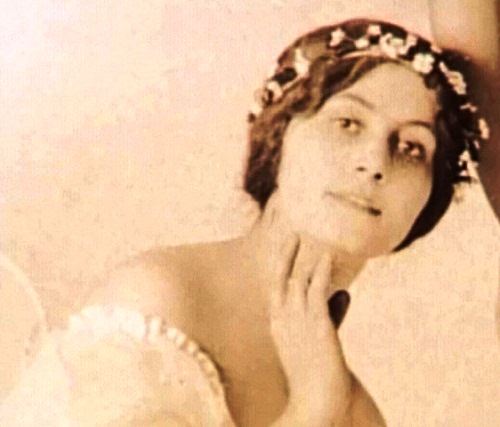 Olga Khokhlova Picasso’s wife
First, Pablo Picasso met ballerina Olga Khokhlova in Rome in the spring of 1917. She was in the company of the famous “Russian Ballet” by Sergei Diaghilev. Beautiful dancer was diligent, had good technique and a good look at the scene, but did not become a prima ballerina and, apart from a few solos, usually performed in the corps de ballet.
Born in 1891 in Russian Empire, Olga grew in the family of Colonel of the Russian Imperial Army. She went to the ballet, despite the parents’ ban. Diaghilev met her friendly, he loved to be in the company of the girls from noble families. 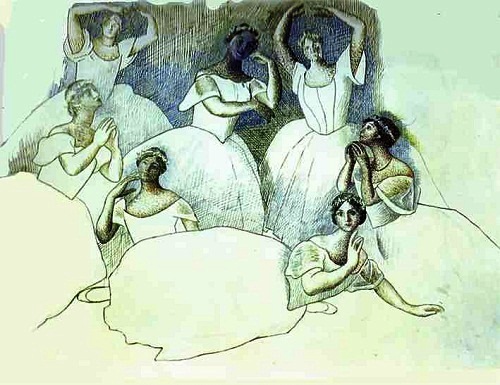 Olga’s appearance was nice, though, this was not only beauty, she had beautiful manners and a special Russian “charm”, always appreciated in Europe.
Serge Diaghilev invited the famous artist Picasso to draw one of his productions.

Picasso had a scandalous reputation in Paris of that time, he was thirty-six. He was just in the “Russian period”, when he loved all things Russian. No wonder that in such a good addiction, Picasso fell in love with exotic Russian ballerina Olga Khokhlova.

However, the dancer was in no hurry to respond to his violent feelings, even though she liked Picasso. Women were attracted to him with his special magnetism, inner fire, eyes, black eyes, as if “charged with electricity.” 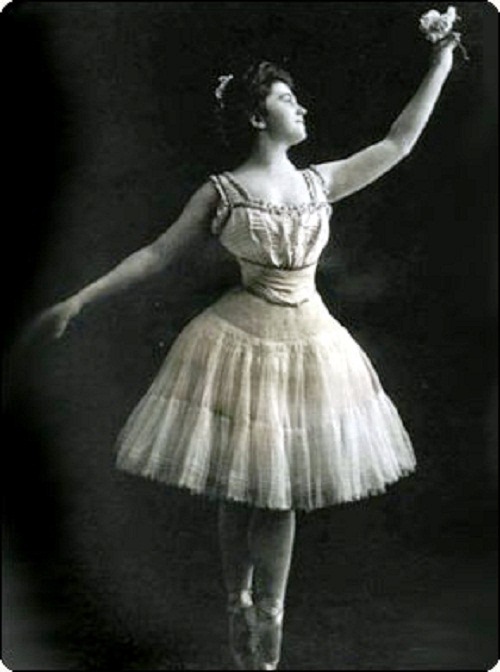 In May of 1917 in a Paris theater “Chatelet” there was a premiere of the ballet “Parade”, drawn by Picasso. Staging was not successful. Bad reception of the audience did not embarrass Diaghilev, and he took ‘Parade’ to Madrid and Barcelona. Picasso followed them because of Olga, who was not fond of Picasso’s strange experiments in painting. She said: “I want to recognize my own face.”

In Barcelona, Picasso introduced Olga to her future mother-in-law. His mother said to Olga “With my son, who was created just for himself and for nobody else, a woman can’t be happy”.
When the “Russian Ballet” has gone to Latin America, Olga decided to stay – she made the difficult choice between the life of an ordinary dancer and marriage with the famous and successful painter. 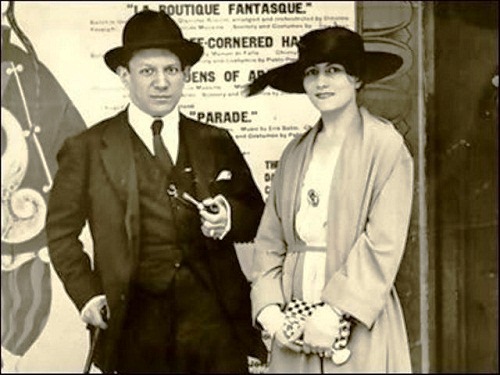 In France, the lovers settled in a small house in the Paris suburb of Montrouge – with the maid, dogs and birds. The artist continued to work a lot, usually at night. It is in Montrouge Picasso painted the famous “Portrait of Olga in an armchair.”

Many of his friends tried to dissuade Picasso from his marriage to Olga, believing that it will fail. The artist did not need their advice. July 12th, 1918 at City Hall of one of the Parisian districts the wedding ceremony of Pablo Picasso and Olga Khokhlova took place. From there they went to the Russian Alexander Nevsky Cathedral, they married in orthodox christian tradition. Among the guests there were witnesses, Diaghilev, Apollinaire, Cocteau, Matisse. 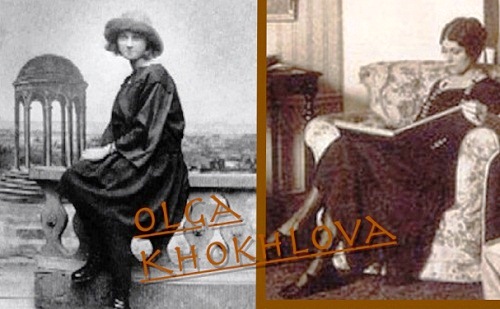 The artist was convinced that he married for the whole life, so in the marriage contract was the following paragraph: all of the couple’s property is common, including all the paintings.

Olga without regret turned into “Madame Picasso” painting … Pablo did not mind her buying expensive clothes, but he preferred to walk in the same suit. He generously helped the poor fellows. His wife, by contrast, liked the dinners at expensive restaurants, receptions, balls, arranged by the Paris elite. 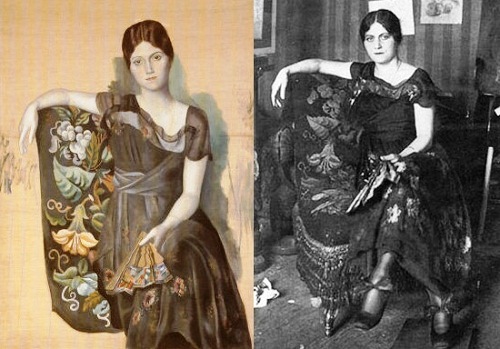 In painting and in real life

Together with his young wife, he found himself around the center of attention, and gradually drawn into the vortex of social life. He ordered a set of costumes, was wearing an impeccable tuxedo, a gold watch in his waistcoat pocket, and never missed a dinner party.
Gradually, unbridled artistic Picasso’s personality came into conflict with the secular and snobbish life that he was forced to lead. On the one hand, he wanted to have a family, and loved his wife, on the other the artist wanted to stay free.

February 4, 1921, the couple had a son Paolo Picasso. So the famous artist in his forty years, for the first time became a father … This event excited him and filled with pride. On numerous paintings and drawings of this period there were images of happy mother and baby. 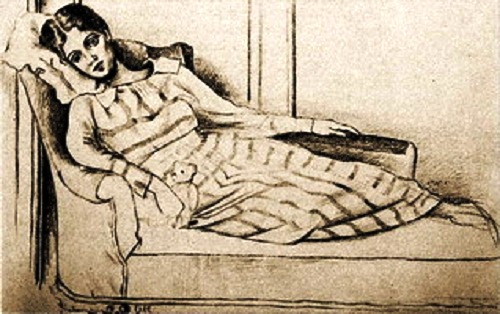 Olga belonged to a child with almost morbid passion and adoration. It was hoped that the birth of their son would strengthen their family, in the basis of which the first cracks appeared. The young woman felt her husband is slowly returning to his inner world, the art world. Tired of meaningless social life, he cut himself off from the wife with an invisible wall.

Seeing the indifference of her husband, Olga lost her calm, nervous, drinking cup after cup of coffee, and irritated by Picasso.
… In January 1927, in the street, Picasso saw a beautiful girl with gray-blue eyes. She was then seventeen years old. She knew nothing about art or about Picasso. 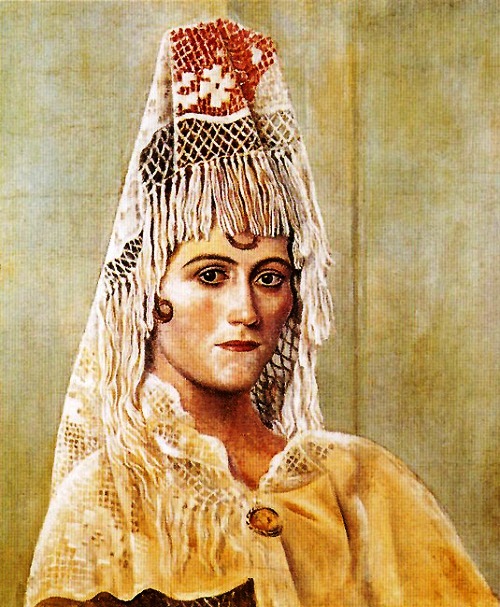 1917 Painting by Picasso “Olga in a Mantilla”

“Every time I change a woman – said Picasso – I have to burn the one that was the last. So I get rid of them. They will no longer be around me and to complicate my life. It may also return my youth. Killing women, destroying the past, which she represents… “.

Nevertheless, he did not want a divorce, in which he would have lost half of his fortune, including pictures. Olga could not longer bear any hatred of her husband, in July 1935 she and her son left the house. Soon, with the help of lawyers property was divided, but from a legal point of view divorce did not happen, and Olga officially until her death remained the wife of Picasso … 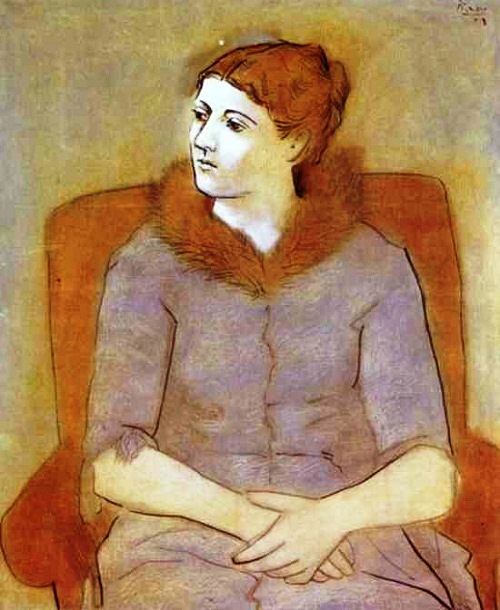 From the series of paintings by Picasso – Olga

Olga continued to be jealous of her husband for all his new relations, wrote him an angry note on a mixture of Spanish, French and Russian. She put with the messages the portraits of Rembrandt or Beethoven, and declared that he will never be as great.
In the mid-1950s, Olga Khokhlova’s grandchildren recalled “… she often told stories in the beautiful and melodic Russian language… And we never heard from her a bad word about Picasso.”

Olga died after a long and painful illness, in February 1955. The artist did not attend the funeral. He lived eighteen years more… 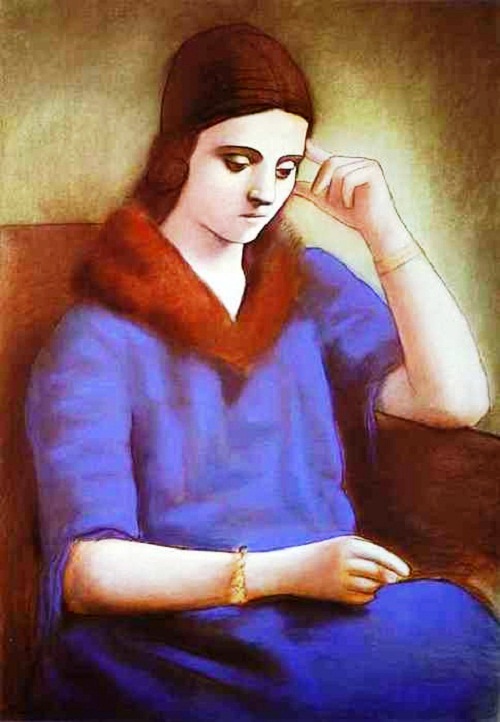 Painted by Picasso, his wife, Olga 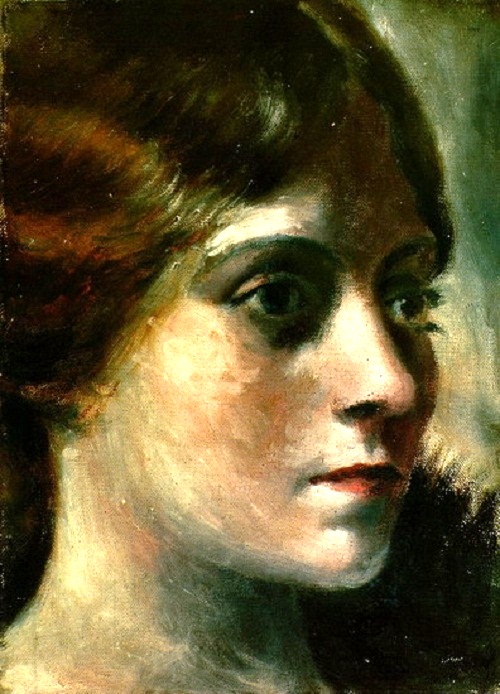 Portrait of Olga painted by Picasso 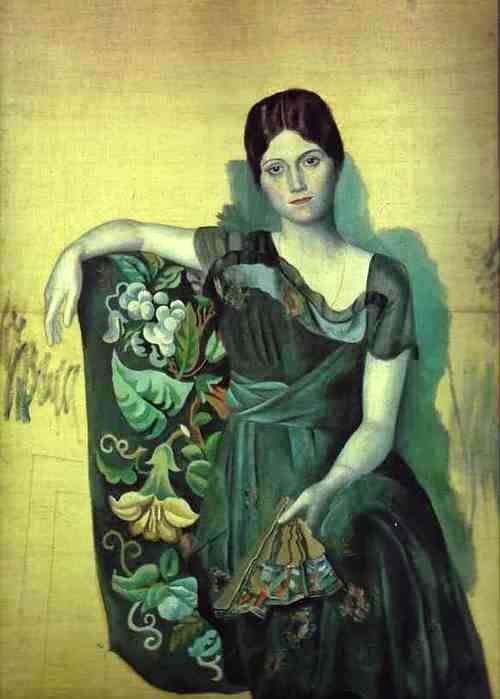 1918 Portrait of Khokhlova in an armchair 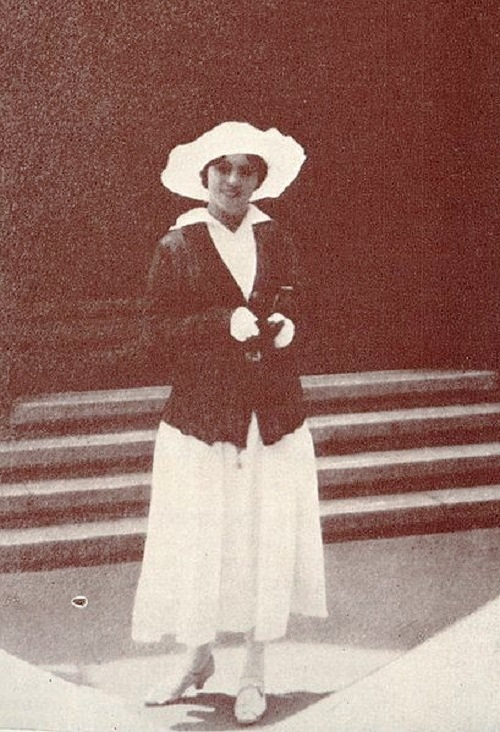 Khokhlova in a white hat 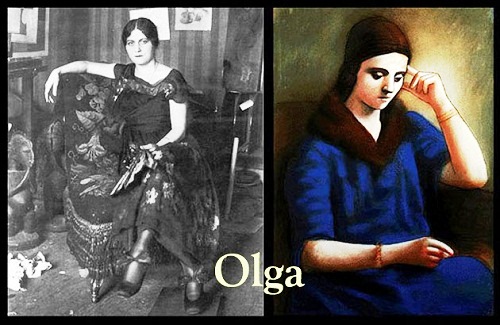 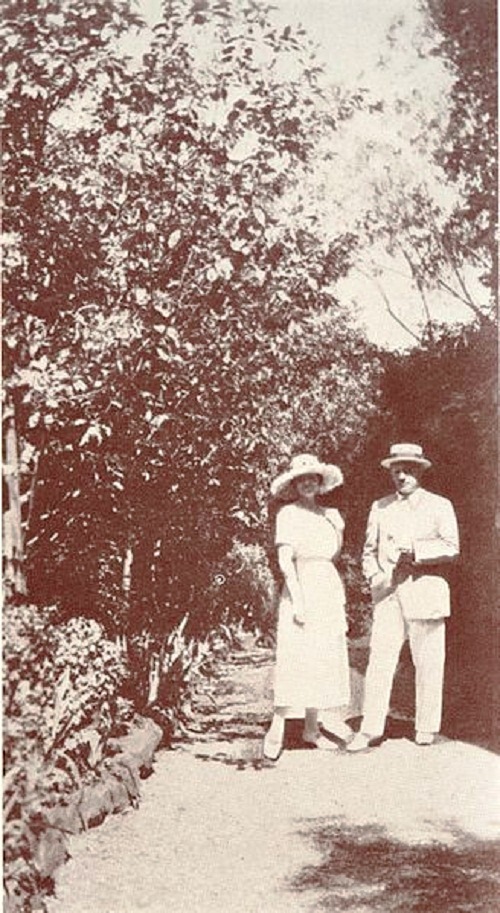 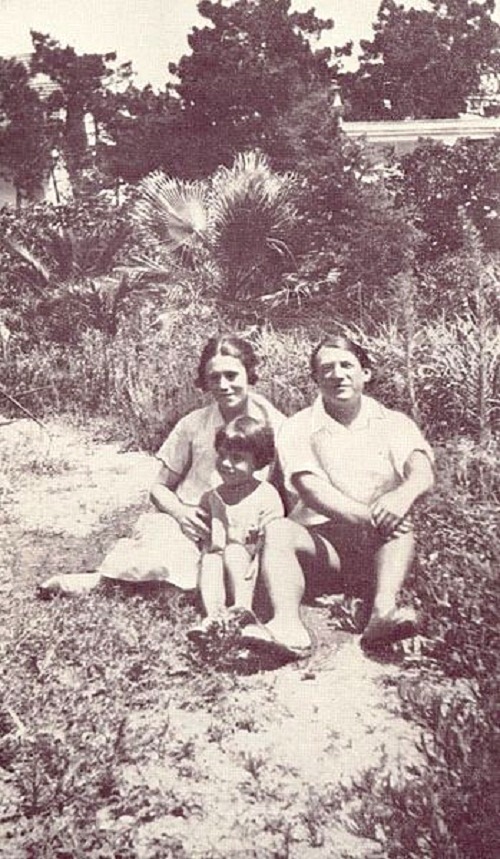 Family photo of Picasso with his wife and their child. Antibes, 1925 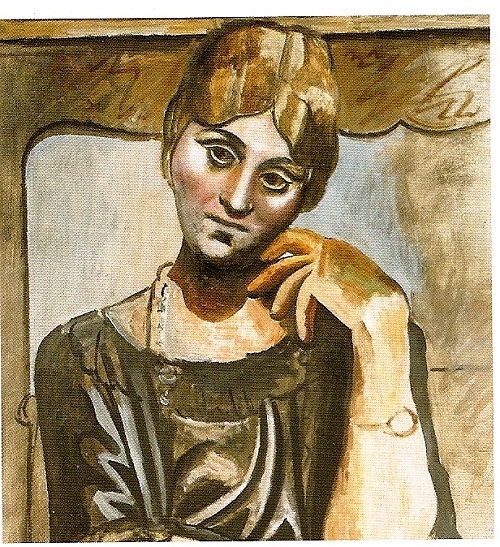 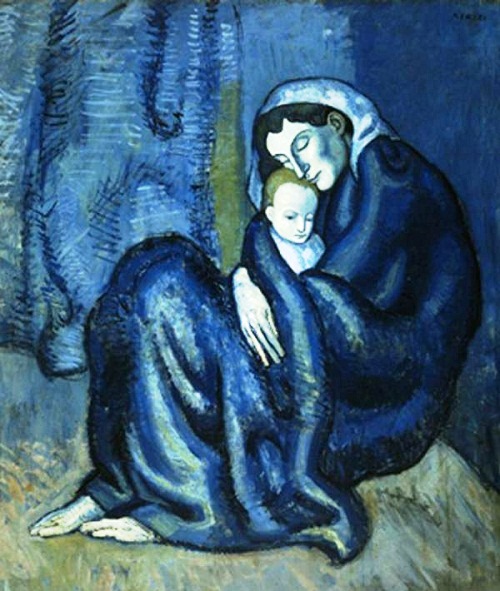 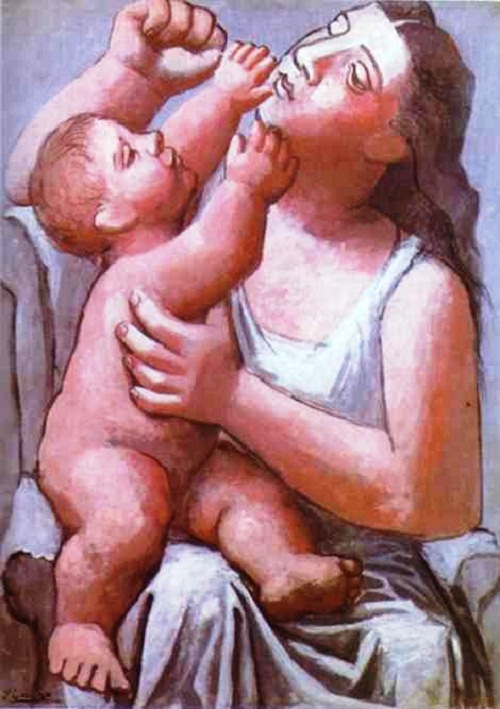 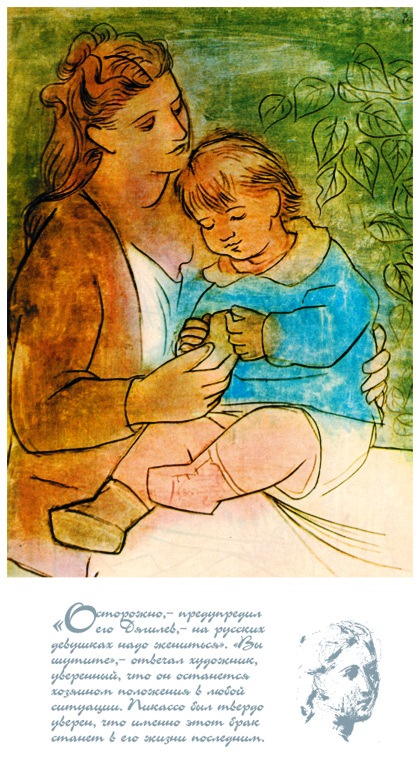 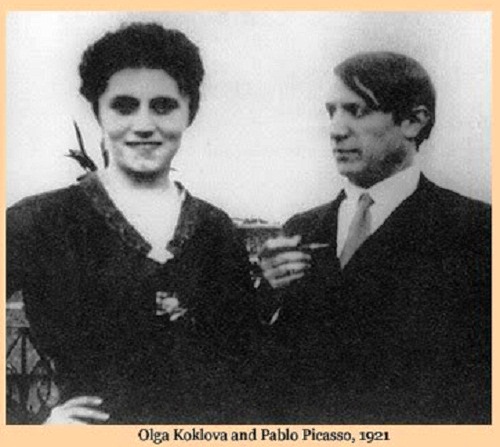 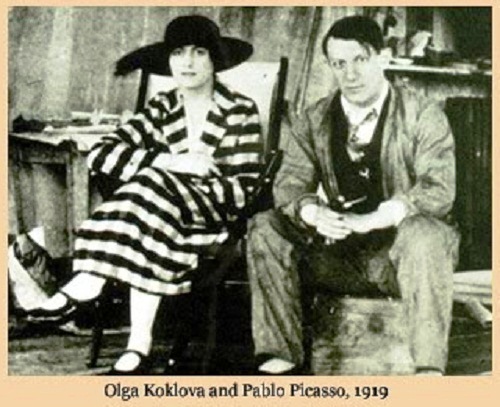 1919 Family photo of Olga and Picasso 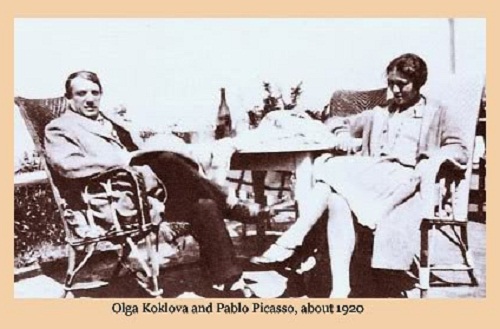 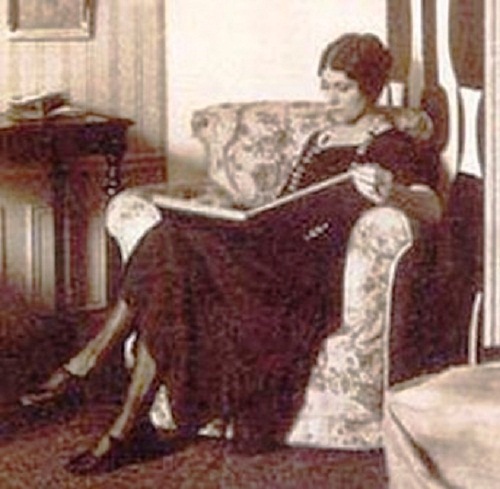 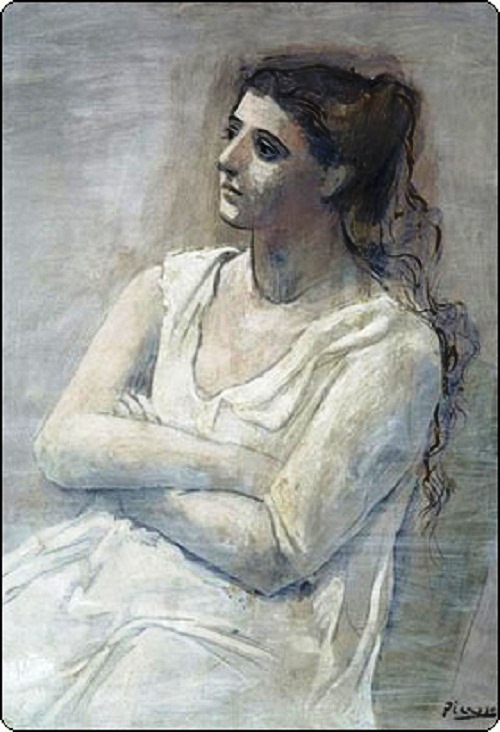 One of hundreds of portraits of Olga