« Wuhlheide Park of Miniatures in Berlin
Rainbow in the village Taichung » 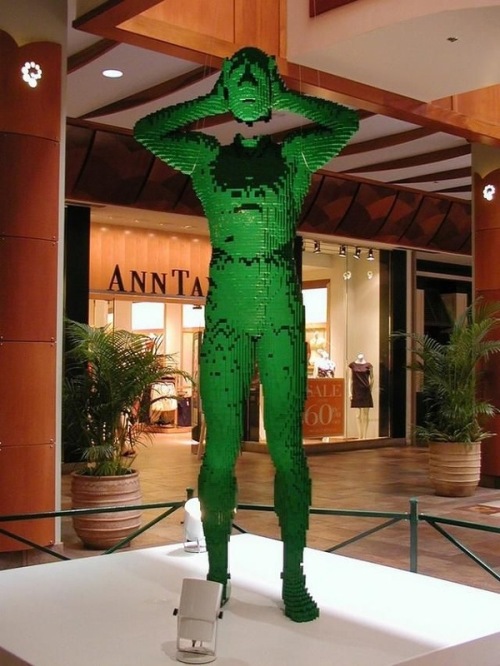 Lego sculptures by Nathan Sawaya
Born July 10, 1973, Nathan Sawaya is a New York based artist who builds custom three-dimensional models and large-scale mosaics. In particular, using popular everyday items and standard Lego toy bricks. And his unique, one-of-a-kind art creations – commissioned by companies, charities, individuals, museums and galleries. New York-based artist also creates works of art out of some of the most unlikely things.
A full-time independent artist, Sawaya shows his art in galleries in New York, Miami and Maui.
Noteworthy, Sawaya was the first artist to ever take LEGO into the art world. His unique sculptures and touring exhibition inspire creativity around the globe. Born in Colville, Washington and raised in Veneta, Oregon, Sawaya’s childhood dreams were always fun. He drew cartoons, wrote stories, perfected magic tricks and also played with LEGO. According to Sawaya, he attended NYU, and after college he rediscovered LEGO not as a toy, but rather as a medium. 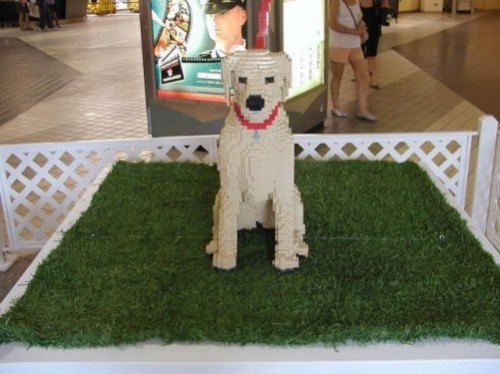 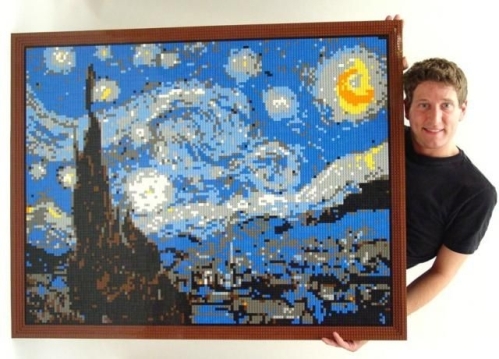 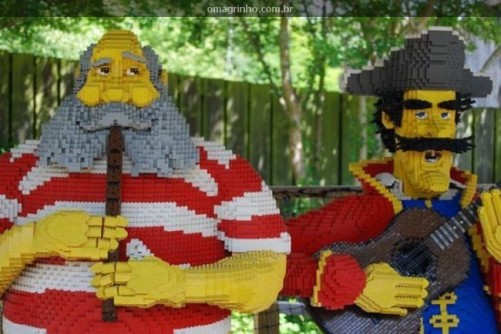 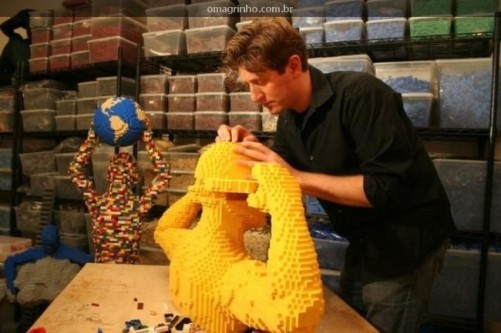 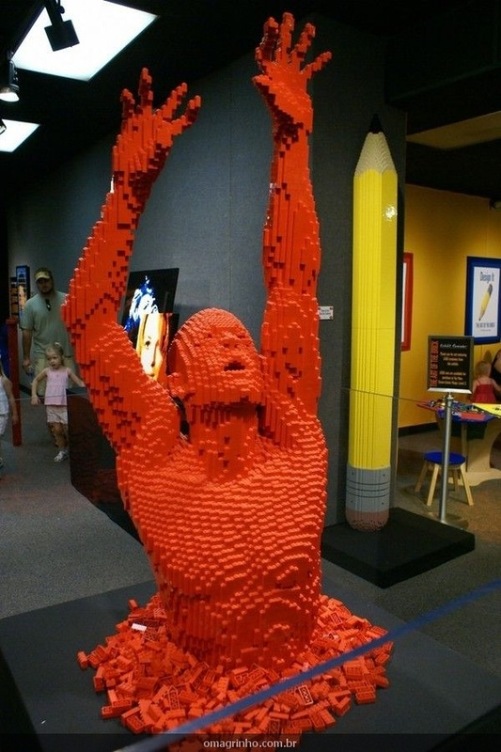 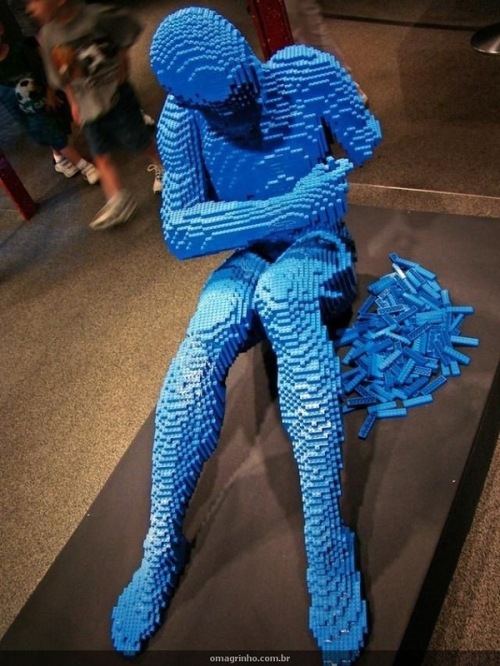 A man’s sculpture created from Lego 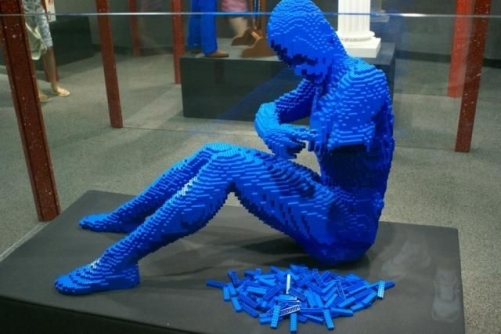 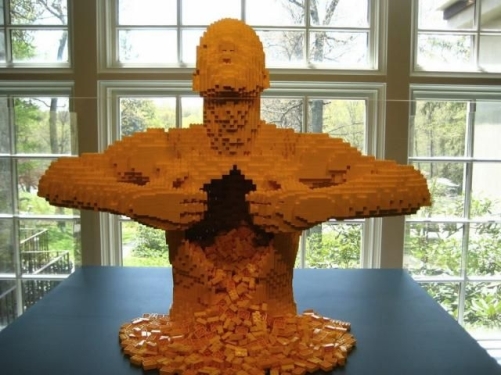 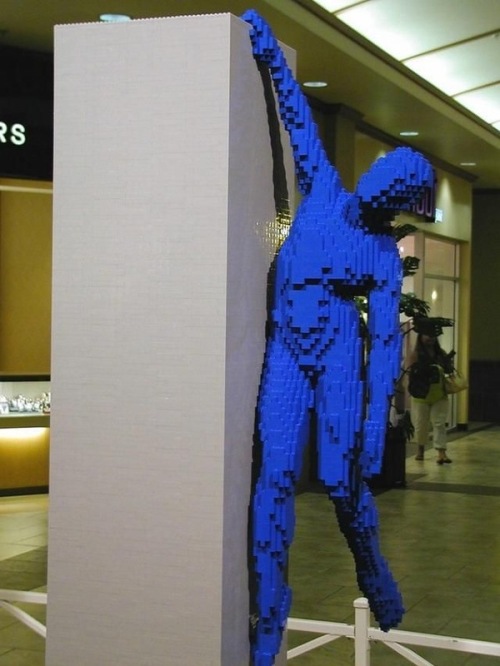 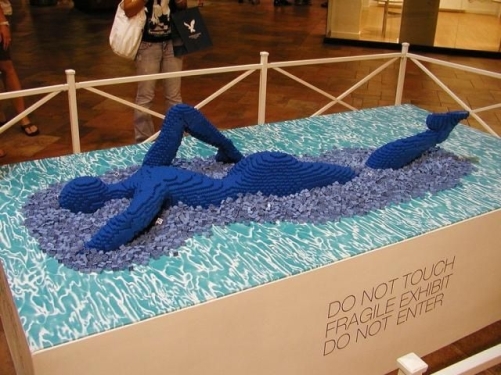