Liliger Kiara the rarest big cat in the world 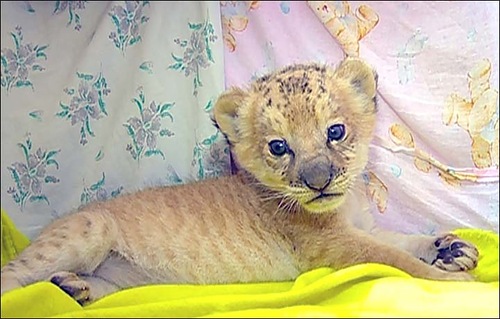 Beautiful Liliger Kiara the rarest big cat in the world

Liliger Kiara the rarest big cat in the world
1,5 month-old today, Kiara lives in Novosibirsk Zoo in Siberia. She is the offspring of an eight-year-old ligress Zita – whose father was an African lion and mother, a Bengal tigress – and a lion, named Samson, also from Africa. Officially she is called ‘hybrid’ which somehow doesn’t do justice to her beauty. Meanwhile some call her ‘liliger’ or ‘liligress’. According to keepers, Zita’s milk failed soon after giving birth they had to rescue the cub in order to save her. And this is where domestic tabby cat Dasha stepped in. 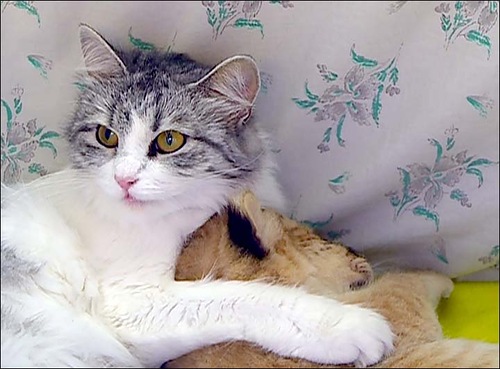 Dasha had just given birth to one kitten and happily took on the role of raising the cute cub and mothering her – even though she will soon have her paws full as Kiara grows. Keepers ensure Kiara has sufficient milk by feeding her with a bottle, but it is Dasha she cuddles up to when she wants to sleep. 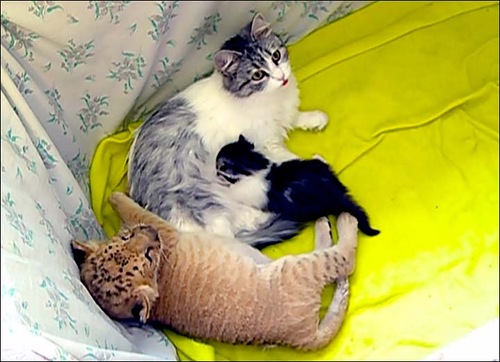 Adorable Liliger Kiara with her mum cat and kitten

Kiara is gaining weight nicely, 100 grams a day and a bit more sometimes, which is average’ for a lion or tiger. Roza Solovyeva, Head of the Cats Section of Novosibirsk Zoo said – ‘The mother cat is playing with Kiara, keeps her warm and washes her like her own.’ Sadly, it will now be impossible to let her back to her mother Zita who would no longer recognize her smell. 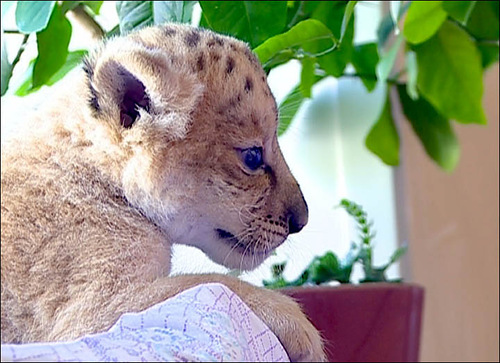 Kiara – named after Simba’s cub in The Lion King, the Walt Disney Feature Animation – could not have been conceived in the wild. There are a number of cases of ligers and ligresses in the world, but experts say it is impossible for males to conceive and exceptionally rare for females to give birth. 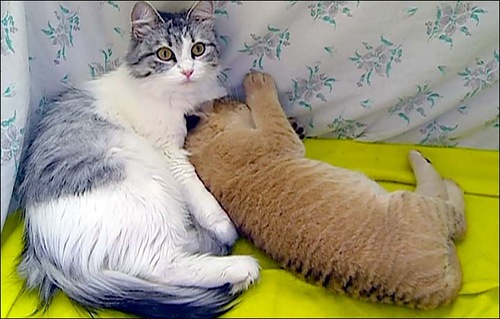 Adopted Kiara with her new mum, the cat

Solovyeva explained – ‘There is one definition we are using to describe her now, which is a hybrid between a lion and ligress. I myself do not like to use this definition when describing Kiara, but I’ve got no knowledge of what the other name can be for her”.

‘Some called her a liligress, but I don’t know if there is actually a name like that. We’ve still to check if there are any other hybrids of lion and ligress alive in the world, or have there been in the past.’

Liliger Kiara the rarest big cat in the world 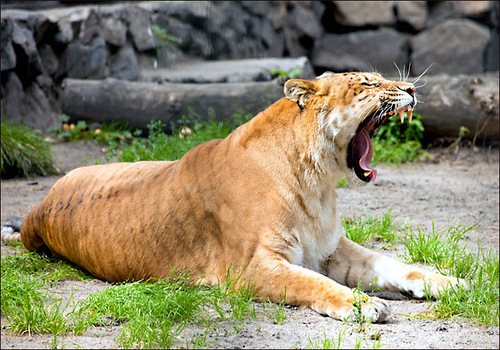