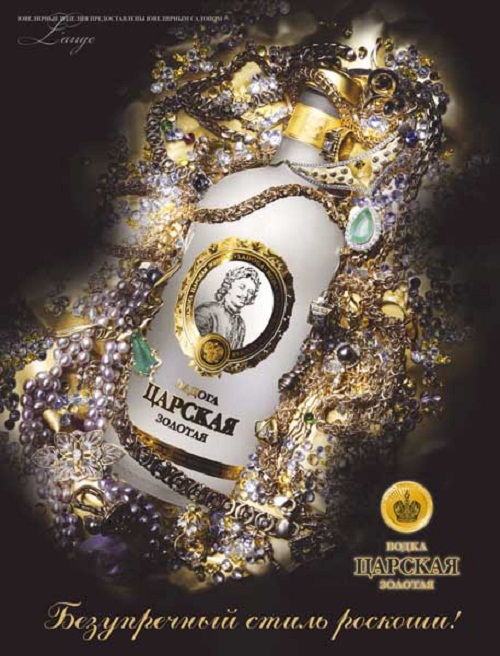 Vodka Faberge Imperial Collection
Acknowledged as one of the greatest jewelers of the 19th and 20th centuries, Carl Faberge and his Easter eggs have become the jewelry symbol of Russia throughout the world. Even during his lifetime, many monarch dynasties of Europe bought his works. Empress Mary Fyodorovna, after receiving one of many Easter eggs as a gift from jeweler Carl Gustavovich Faberge, wrote in a letter to her sister, the Queen of England, “Faberge is simply a genius of our time.” St. Petersburg Holding Premium Russian Vodka has combined two symbols of Russia into one: a jewelry egg-vessel and the national beverage, vodka. Continuing Carl Faberge’s work and following Russian cultural traditions, they have created a product in the form of Easter eggs by Faberge, the splendid form of which fully corresponds to the quality of its content. Some details of the Faberge Egg Imperial Collection inside the post 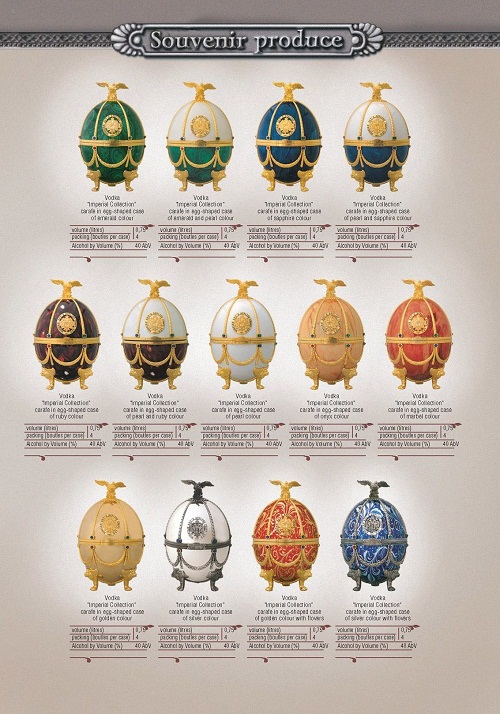 The small glasses with an uncommon relief decor are manually made. The relief gilding is one of the most complicated stages and is fulfilled by an experienced old enterprise. The decor elements are plated with 24 karat gold. A graceful and elegant golden eagle completes the composition.

Most famous Florentine master, who has been working in the Vatican at the invitation of the Pope for more than 30 years, worked on its development. Meanwhile, producing of the eagle and gilding of glass requires laborious manual work. The set consists of a corbel that is fixing four glasses and a decorative cap for the carafe. The corbel and cap – gilded in a galvanic bath. A large red glass crystal adorns the cap.

The history of the great state of the Russians returns in a new guise. Noble beauty embodied in an exclusive form, preserving and augmenting with great care the traditions of Russian art. 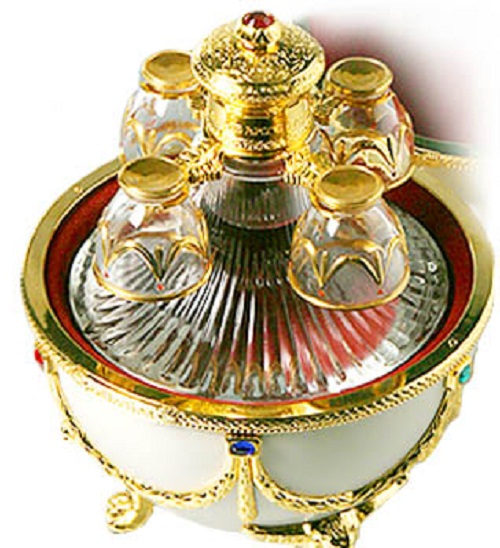 Inside the egg – small glasses with an uncommon relief decor 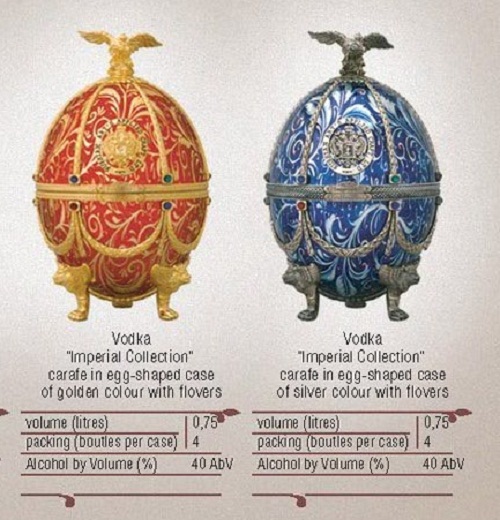 A special source of pride is the graceful and elegant gold eagle, which completes the composition 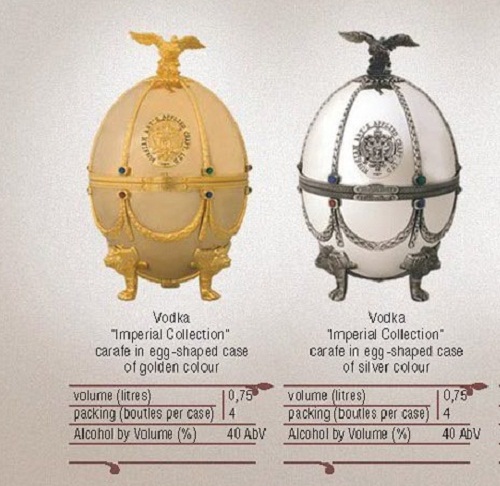 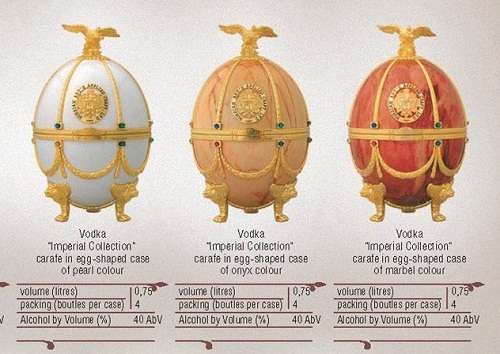 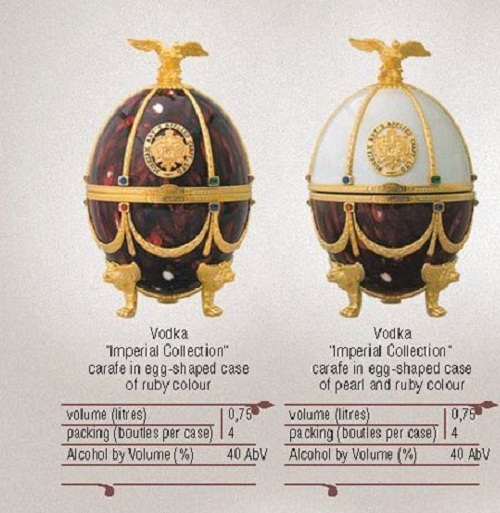 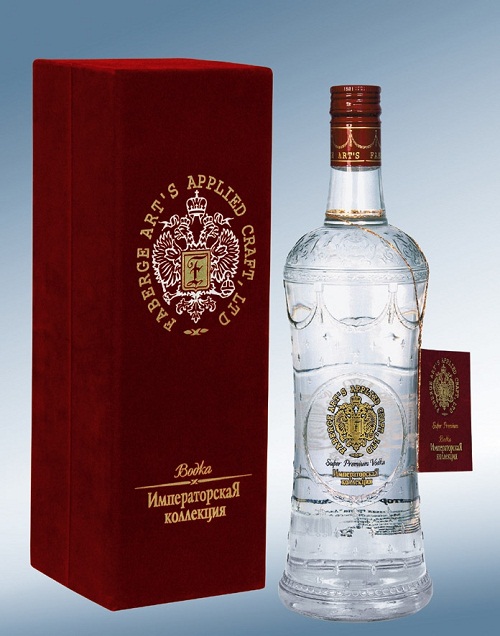 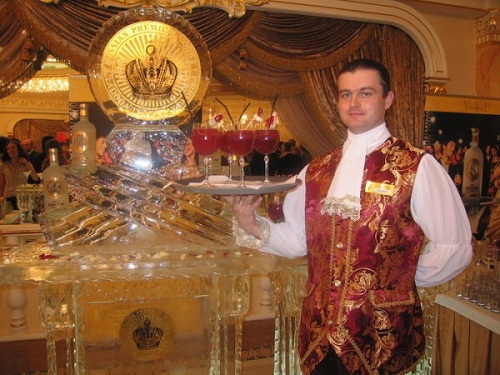 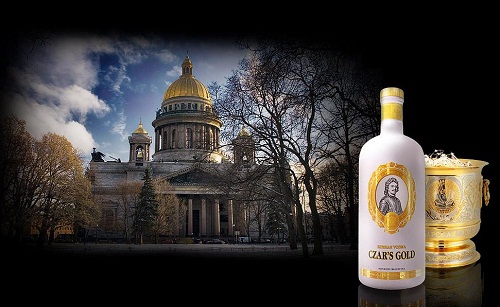 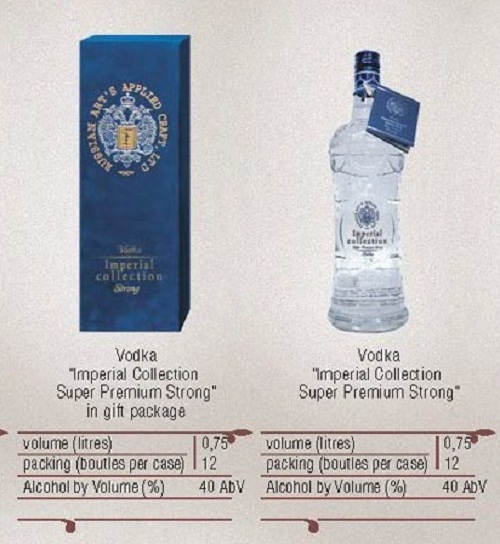 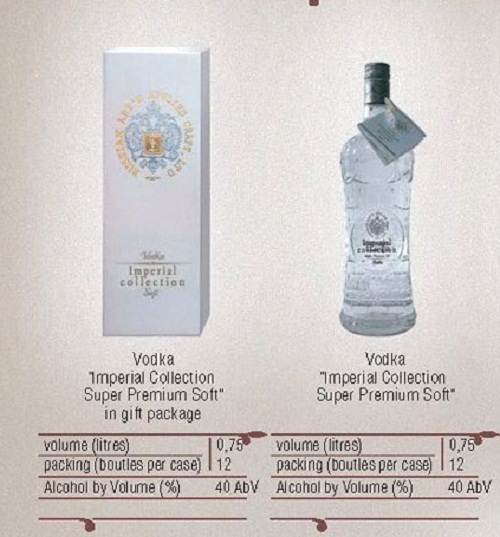 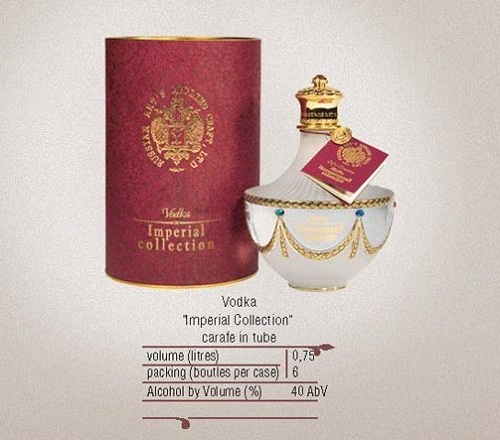 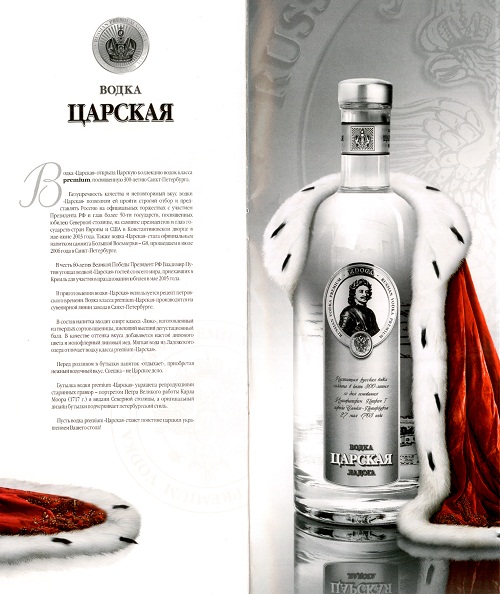 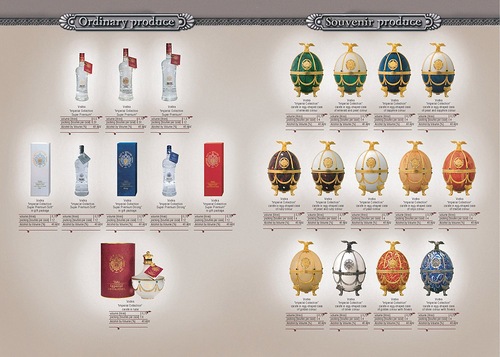