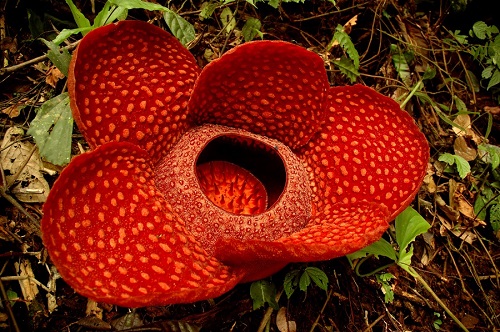 Beautiful Lotus Flower Rafflesia is a genus of flowering plants, parasites, which includes about 28 species. Its area covers the territory of Indonesia, the Philippines, Thailand and the Malay Peninsula, Borneo, Java and Sumatra. According to unofficial sources, the first Rafflesia was discovered in 1797 on the island of Java, by the French explorer Louis Auguste Deschamps. However, in 1798, when the British captured his ship, all records and illustrations got into the hands of the invaders and were not available to western science until 1954. 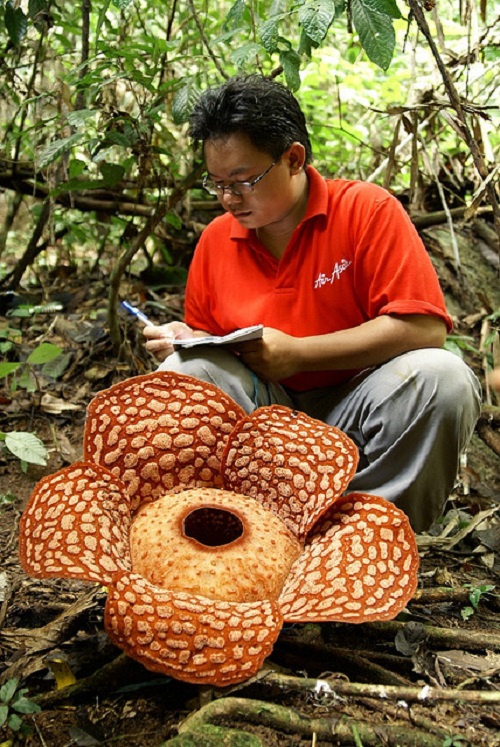 Official opening date of Rafflesia as the representative of the flora world was in 1818. Then it was found in the rainforests of Indonesia in the south-west of the island of Sumatra during an expedition led by British explorer, Sir Stamford Raffles, in whose honor the flower got its name. First saw the unusual plant local guide, assistant doctor and naturalist Joseph Arnold. It was a huge flower without leaves and stem, up to a meter in diameter and weighed more than 6 kg. To date, it is the most famous member of the genus and is one of the largest flowers in the world.

Rafflesia Arnold – gigantic plant blooming with a single flower, which can be 60-100 cm in diameter and weigh 8-10 kg. Record holder of this species reached a very impressive size – 106.7 cm And even the smallest species, Rafflesia baletei, has an average diameter of 12 cm

Unique plant has no stem and leaves, ie main bodies performing photosynthesis. Since self Rafflesia is unable to synthesize vital organic substances, it develops them through parasitism on tissues (stems and roots) of host plants, which usually act as grapevines.

The only visible part of the plant – the five fleshy petals of rich red color, covered with white randomly located spots. Giant blooms bud on the ground, uttering at the same smell of spoiled meat, from what it got another name – the “corpse flower”. Odor and appearance attract pollinating insects, which are most often forest flies transporting pollen from the male to the female flower. Most species of Rafflesia are bisexual, but some of them are polygamous plants, which can be both bisexual and unisexual.

If fertilization female flower emergence ovary, after 7 months of ripening, the fruit contains on average from 2 to 4 million seeds. Further fate of Rafflesia is solved with the participation of large animals (elephants, wild pigs), which crush solid fruit and carry the seeds clinging to the limbs to other places. Also in the process of spreading seeds often participate small mammals and some insects, including ants.

Once the seed of the flower of the parasite reaches the vine, its bark starts to swell only after 1.5-3 years, forming a kind of kidney, which soon turns into a bud, ripen for about 9 months. When the time comes, it opens into a huge brick-red flower. Despite the long process of development, the life of Rafflesia has a very short time – only 2-4 days. After this time the flower turns into black shapeless mass.

Today, all kinds of this plant are threatened with extinction, the cause of this is the mass tropical deforestation for plantations that rapidly reduces the locus of representatives of the world of exotic flora. In the Indonesian province of Surat Thani, Thailand, and Sabah, Malaysia, Rafflesia is officially awarded the title of national flower.

Local residents of the island of Sumatra, in the woods where Rafflesia was discovered, this plant has long been known and used for medicinal purposes. In particular, an extract from the buds of Rafflesia used to recover shape after childbirth, and flowers have been used to enhance sexual function in men. 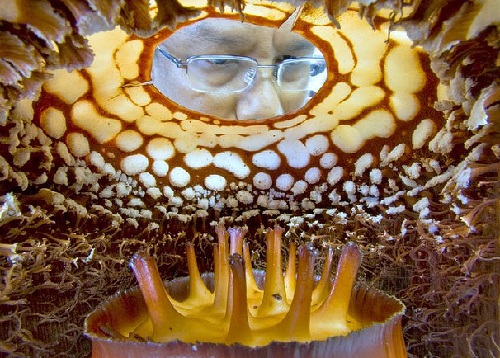 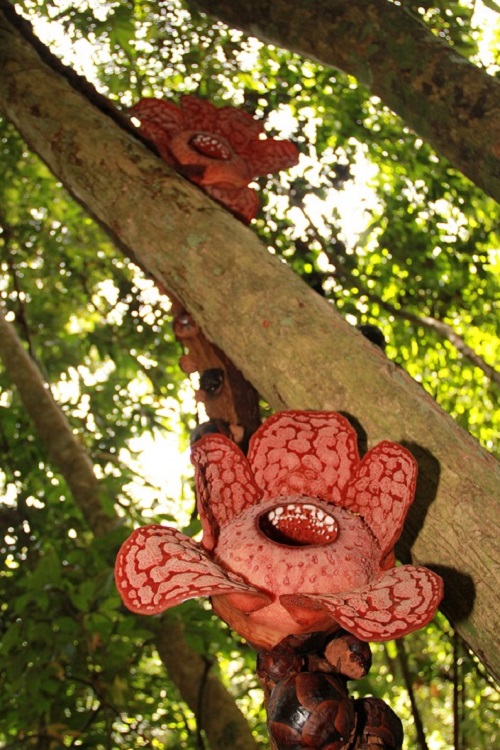 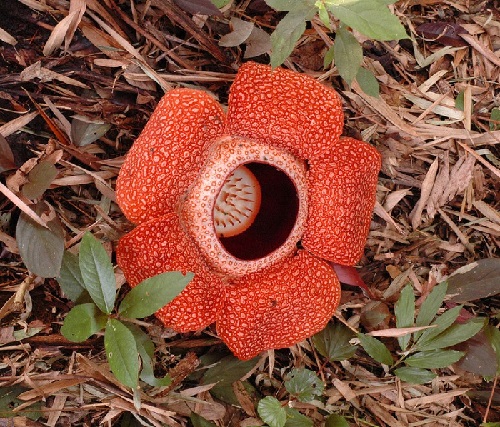 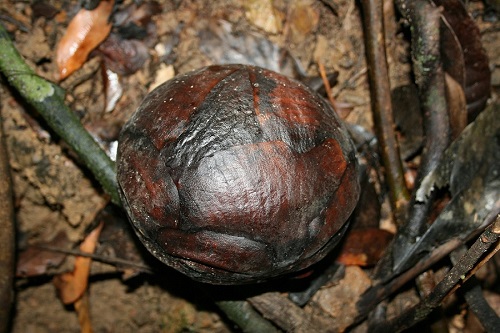 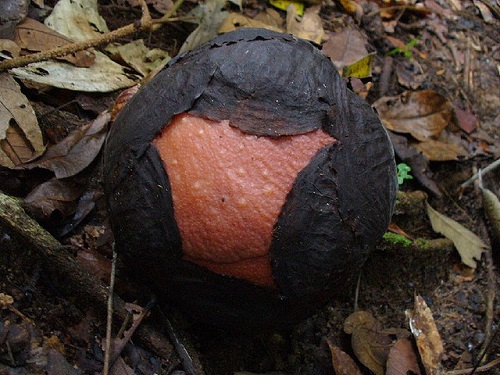 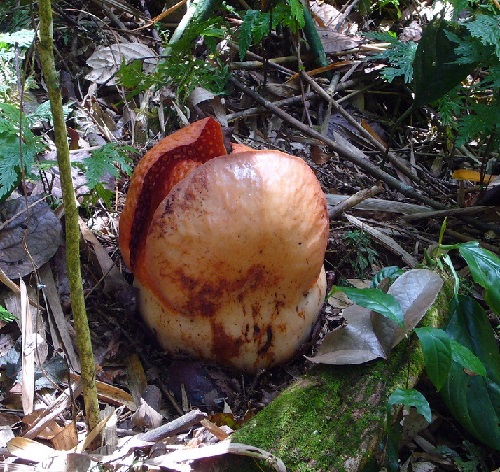 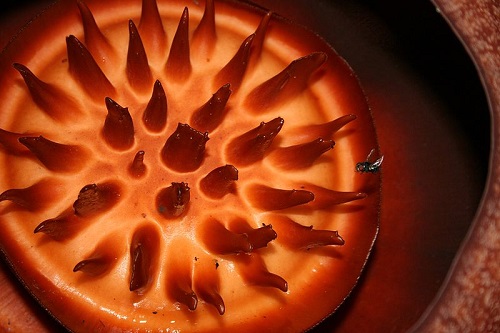 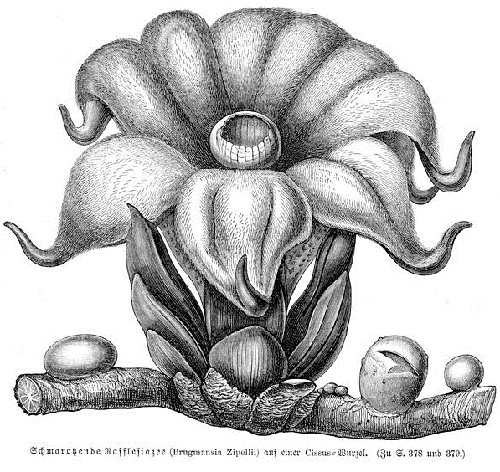