Love me love my fox. Tamed fox of Irina Mukhamedshina 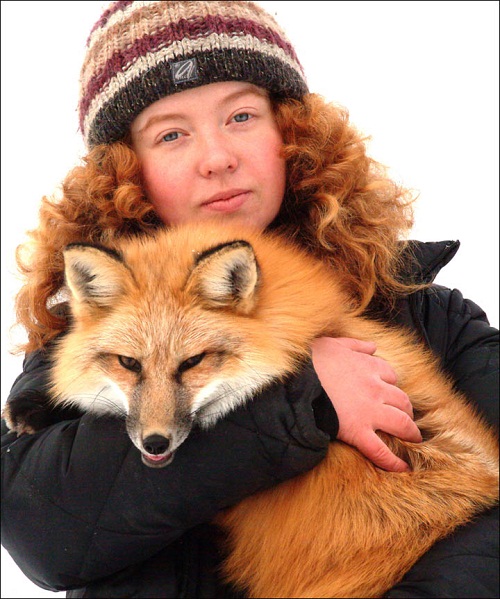 They say, pet animals resemble their owners. Indeed, Nyuta, the red fox, and her owner Irina Mukhamedshina, 22 year-old Scientist from Novosibirsk make a harmonious couple. The both have red hair. By the way, the girl is single and any pretender to the girl’s heart should be ready to hear “Love me love my fox”. Tamed fox of Irina Mukhamedshina

Tamed fox of Irina Mukhamedshina
Young Siberian scientist Irina Mukhamedshina, 22, has trained a fox to be as obedient as a dog. The experiment was on her own initiative, she used foxes from a special Novosibirsk Institute of Cytology and Genetics farm. ‘I had seen these foxes daily, wiggling their tails and jumping to get a tiniest bit of human attention, and got really curious about the possibility of working with them the same way as I used to do with dogs’, said Irina. I moved on to the classic commands, such as ‘stand up’, ‘lie down’, ‘sit down’. It took me about three weeks of daily 15 minutes sessions to teach them do these commands.’ The foxes recognized their own names. Both foxes worked very well. Psychologically I understand them better now. Tamed foxes are not quite like dogs, they are more in between dogs and cats in how they respond to humans’. 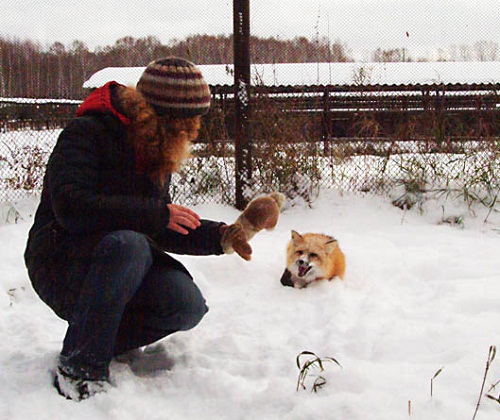 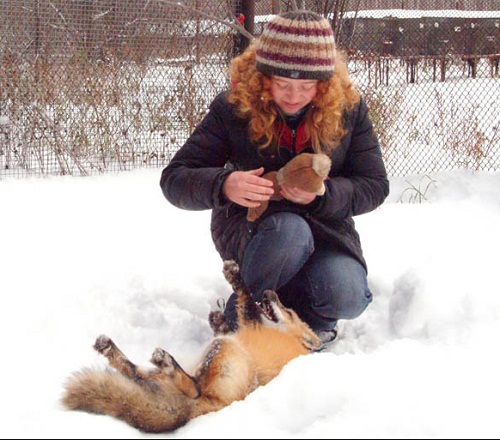 According to Siberian scientist, her tamed fox is obedient like a dog, or more precisely, a cat 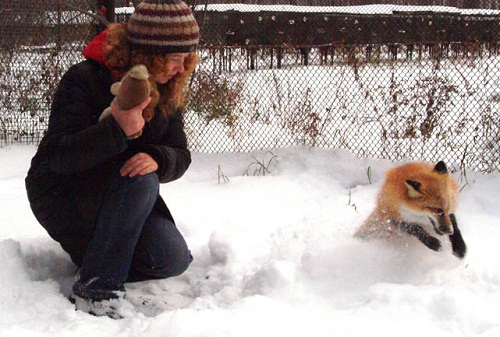 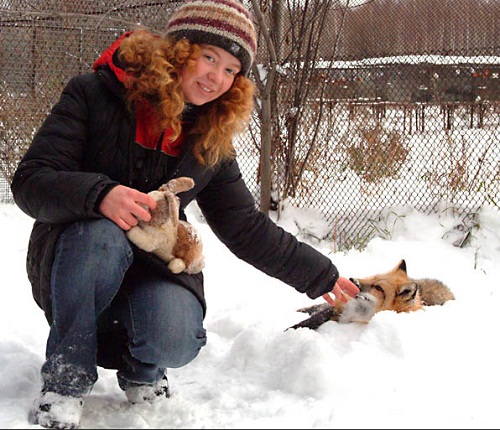 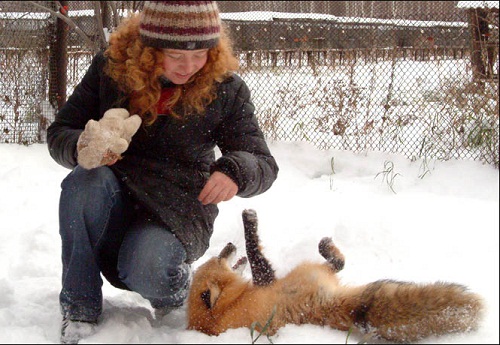 Playing in the snow 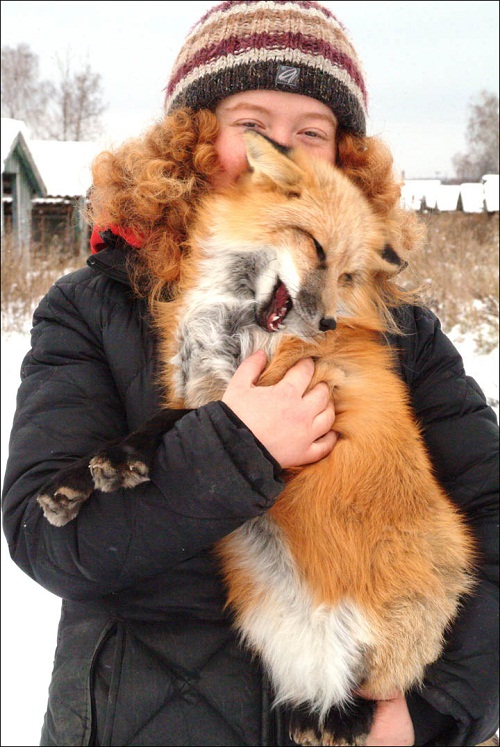 What a beautiful couple Irina with her fox Nyuta 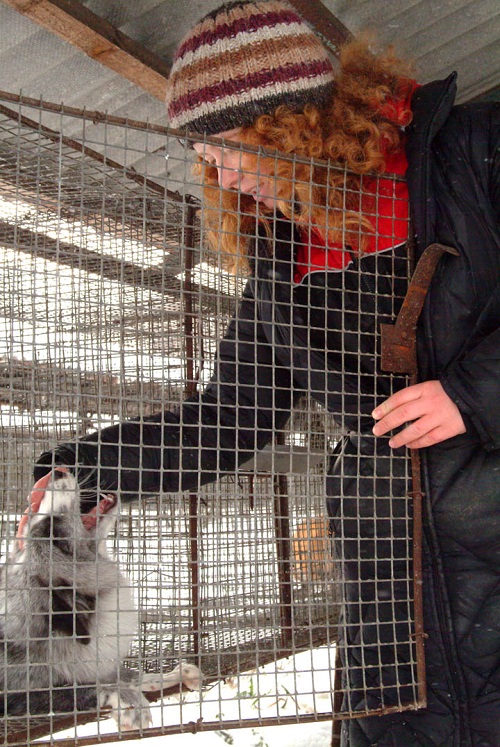 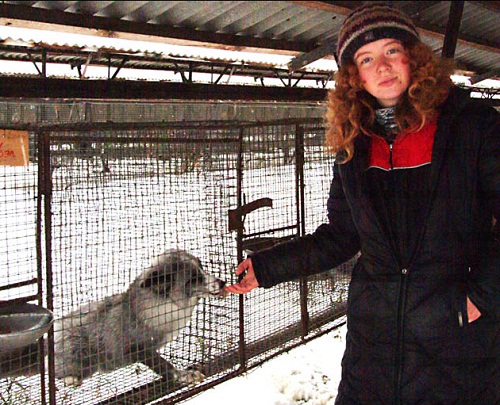 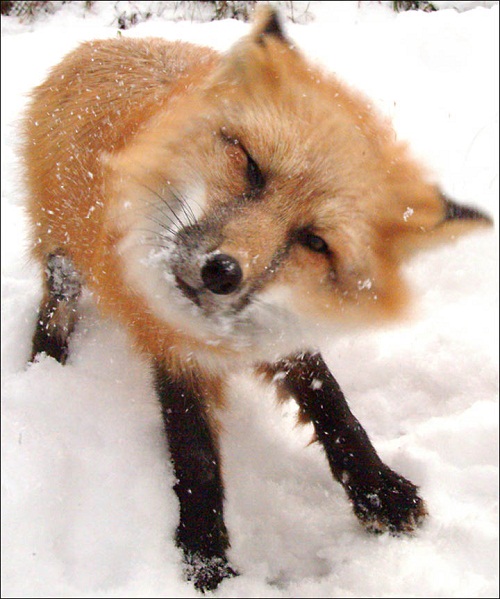