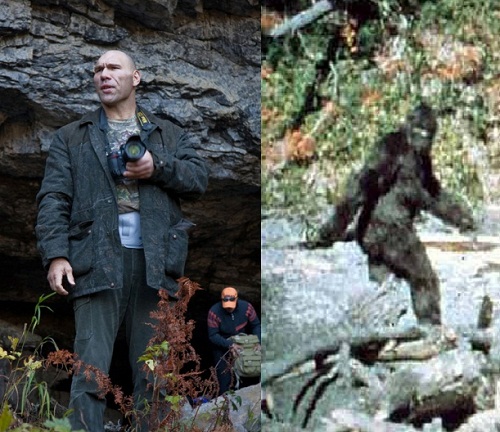 Nikolai Valuev-Siberian Yeti and Brazilian ape man. Someone thinks this is just a myth. But in Siberia specialists are expanding research to find Bigfoot. To make this operation a success, in Kemerovo, in Russia Conference took part the representatives of Russia, China, the United States, Canada, Mongolia, Sweden and Estonia. All shared one goal: to transform myth into reality. The expedition, headed by the famous Boxer Nikolai Valuev has achieved the goal in the Azass cave in Mountain Shoria, where according to scientists, Kuzbass Yeti inhabits. They have found a broken power wire mes, woven tree branches, the giant footprint that resembles a human. Nikolai Valuev compared the dimensions: he stepped next to the footprint of Bigfoot and, to the surprise of all present, Nikolai’s footprint surpassed in size footprint of Yeti:) 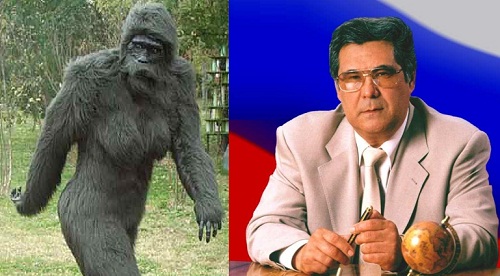 The Kemerovo Governor Aman Tuleyev announced the award of $ 1 million to anyone who can find the real Bigfoot in Mountain Shoria, the south-western Siberia of Russia, right in the place where I live. The Governor said at a celebration of Bigfoot in mountain Shoria, this money will be provided by sponsors and paid in cash. Tuleyev said, several expeditions were sent on the trail of Bigfoot. «We have invited scientists to us, in the Kuzbass, their crews, Federal TV channels. Unfortunately, it’s impossible to interview the Yeti yet, but Tuleyev is sure Big foot lives here, «Bigfoot has all the conditions for living here». 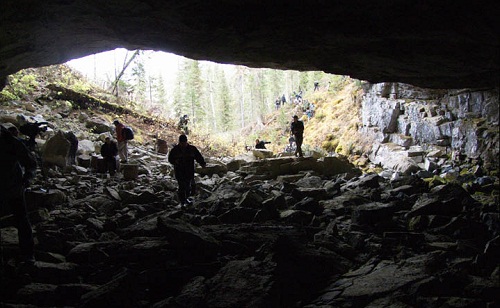 Kemerovo zoologist Oksana Zhukova managed to do a snapshot of Bigfoot. In the area of the village of Ulus, they decided to take some pictures. They got out of the car, went off the road to the field and saw the Yeti in the distance. Zoologist with a buddy does not get flustered and photographed the creature. 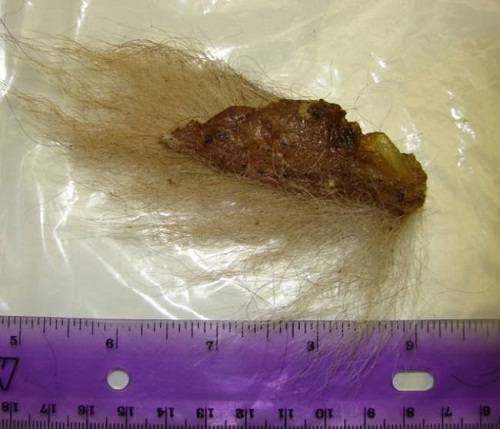 One of the examined leather samples of Yeti with hair

More than three dozen mitochondrial genomes and three full genomes of the mysterious Yeti were tested, the study included several laboratories, academic, private and public. Total genetic examination is shocking: Yeti are people. But the hybrid species. Arose as a result of crossbreeding of contemporary human and some unknown to science substance similar to primates. According to mitochondrial DNA samples, hybridization has occurred not earlier than 15000 years ago. 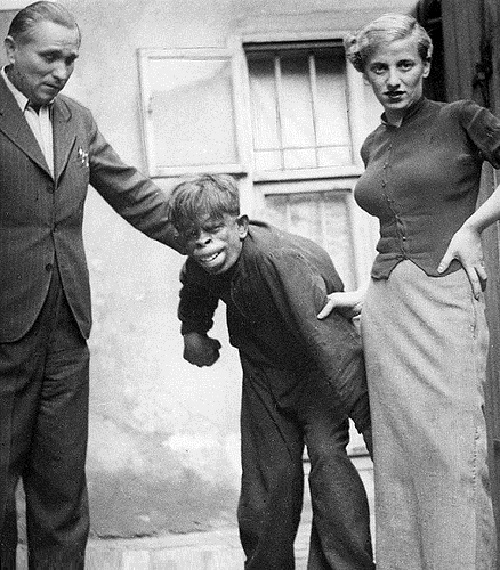 Dutch magazine Het Leven published photos in 1937, describing them as those of a mystery ape-man

These pictures dated from the 1930s of a supposed ape-man found in the jungles of Brazil. The awkward monkey-like gait appear to be simian and the Dutch magazine Het Leven published photos in 1937, describing them as those of a mystery ape-man.

The ape-man is too clean shaven for a wild creature caught in the jungle, as he sits on his haunches with his knuckles closed. Others online have made the sad claim that this ape-man is most likely an unfortunate individual born with birth defects and exploited to wear the make-up and prosthetic to pose and pretend to be a newly discovered ape-man. Indeed, throughout the 20th century and into the 21st, reports of wild and mythic ape-like beasts living in remote and far-flung locations have fascinated readers across the world.

Louis Francois Fernand Hector de Loys (1892–1935), a Swiss geologist discovered an unknown primate in 1920 during an oil survey expedition in Venezuela. The identity of the primate he photographed has long been established with considerable confidence to be a spider monkey. 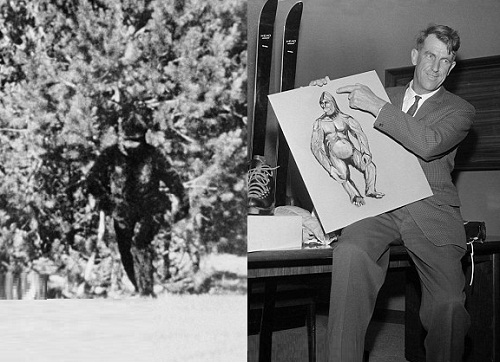 Wilderness explorer C. Thomas Biscardi from California, searched for the legendary ‘Big Foot’ for nearly a decade, took this picture on May 10th 1980 of the mysterious Sasquatch and Sir Edmund Hillary, conqueror of Mount Everest, shows newsmen here a 1/27 scale of an Abominable Snowman or Yeti, which he hoped to capture on the next expedition to the Himalayas. He did not.

“We want to enlighten people about these creatures. Our goal is to protect them,” said William Barnes. 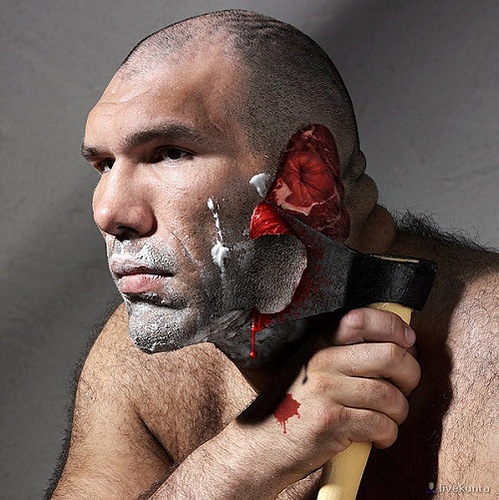 Valuev’s old photographs, in the army (left) and now (right) 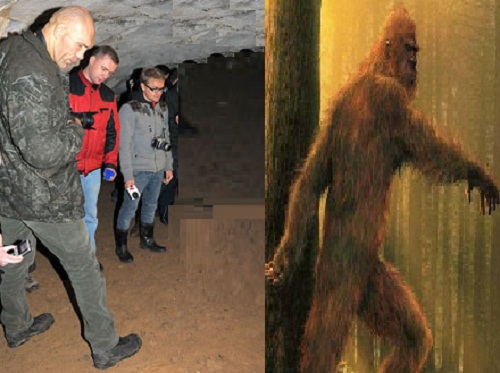 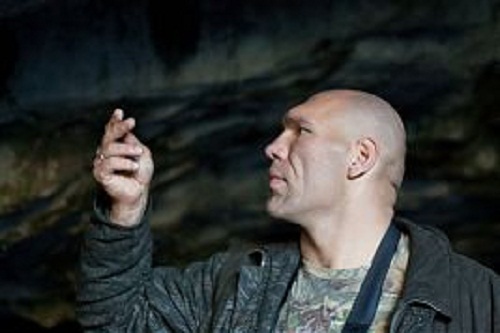 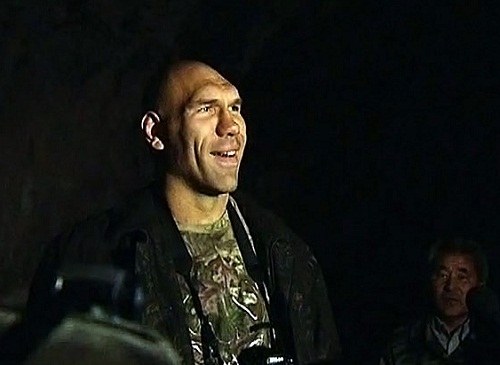 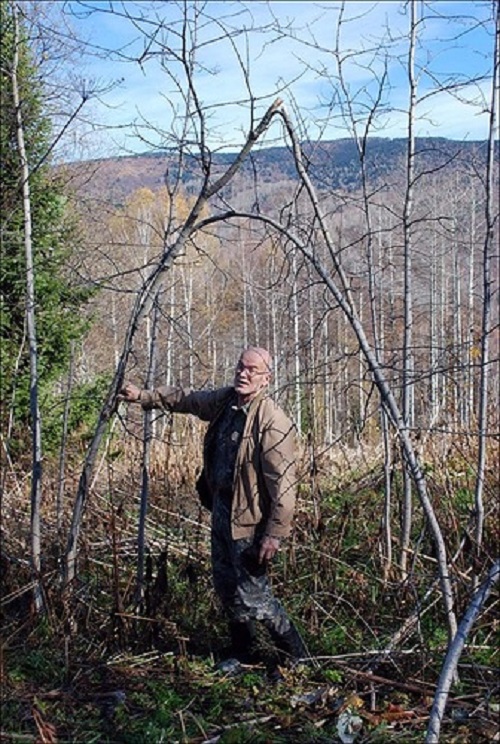 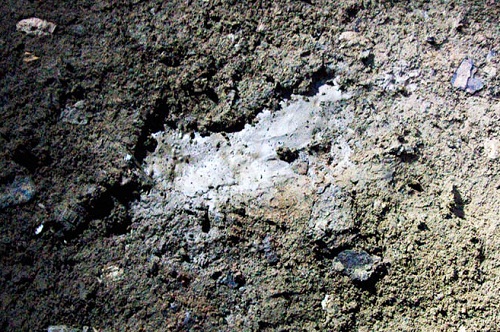 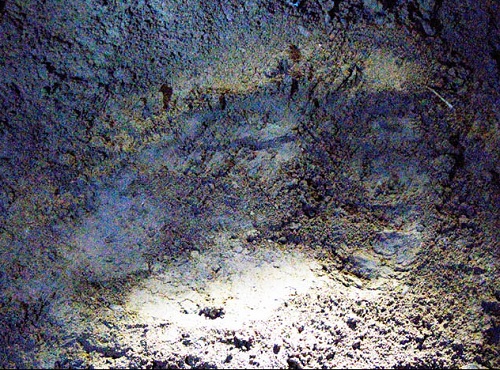 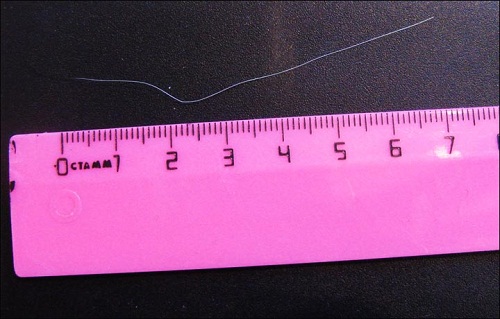 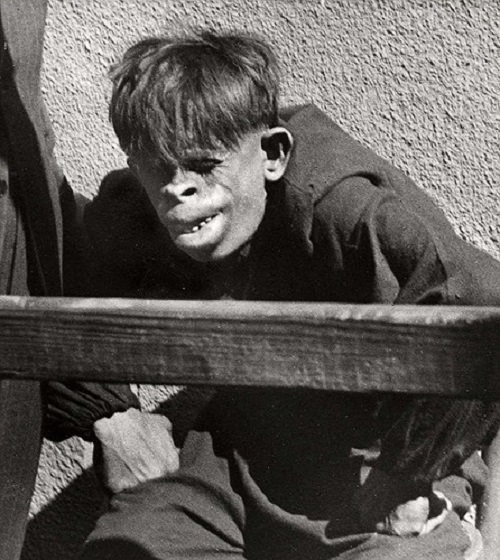 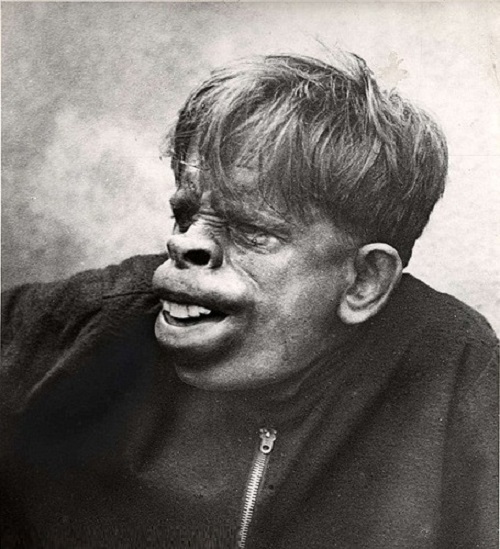 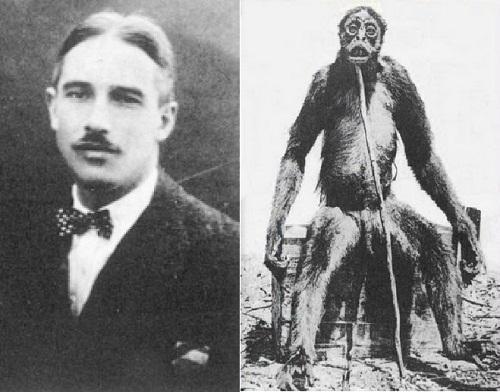 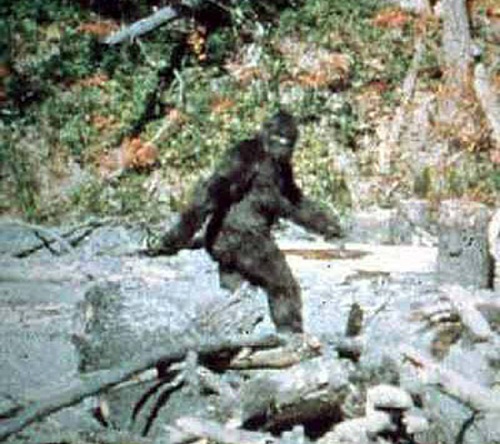 The two most famous examples are the Bigfoots or sasquatch of North America and the Yeti of the Himalayas. 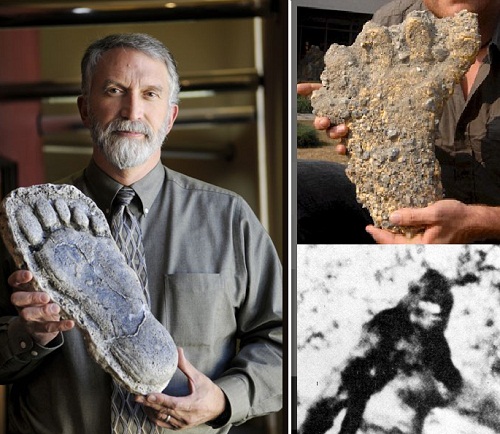 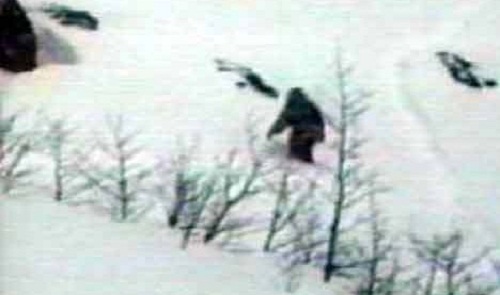 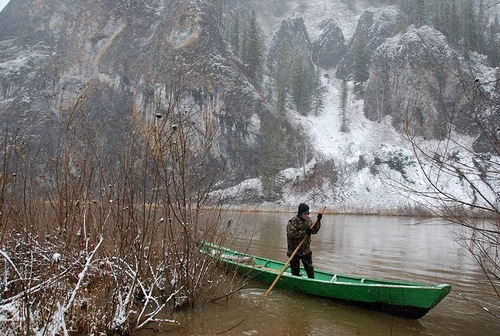 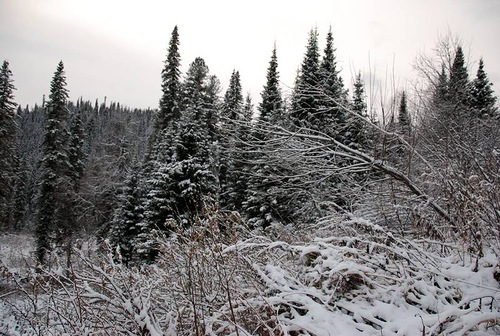 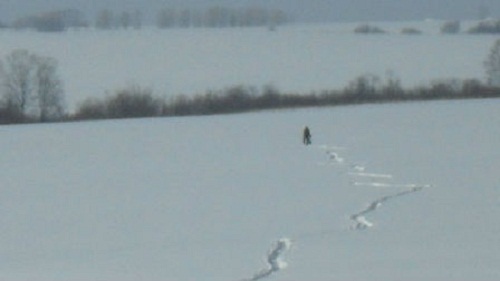 Kemerovo zoologist Oksana Zhukova managed to do a snapshot of Bigfoot 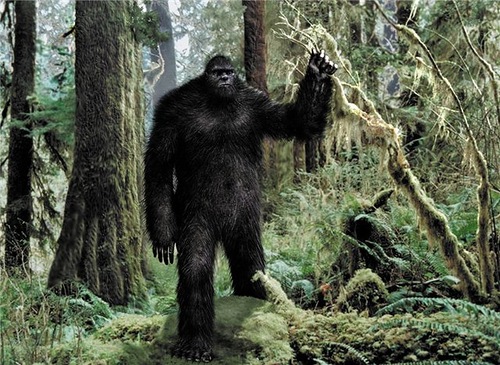 Just another creative image of Bigfoot 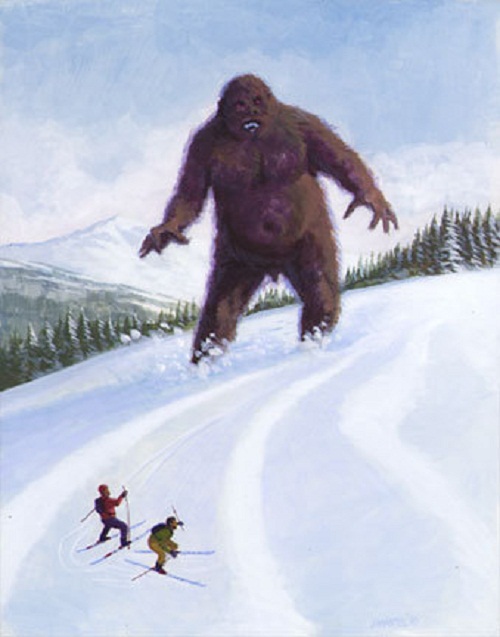 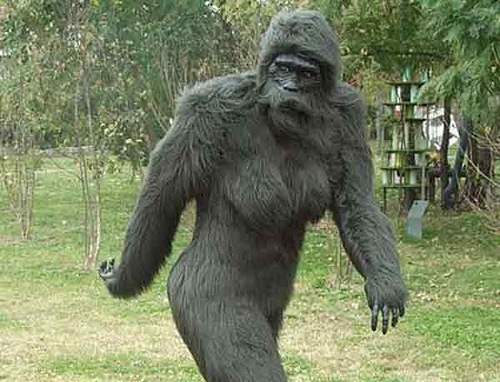 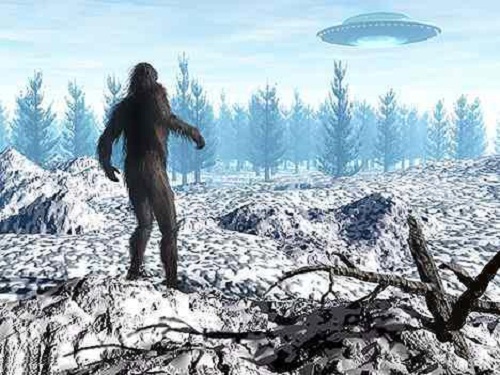 when big foot and ufo meet 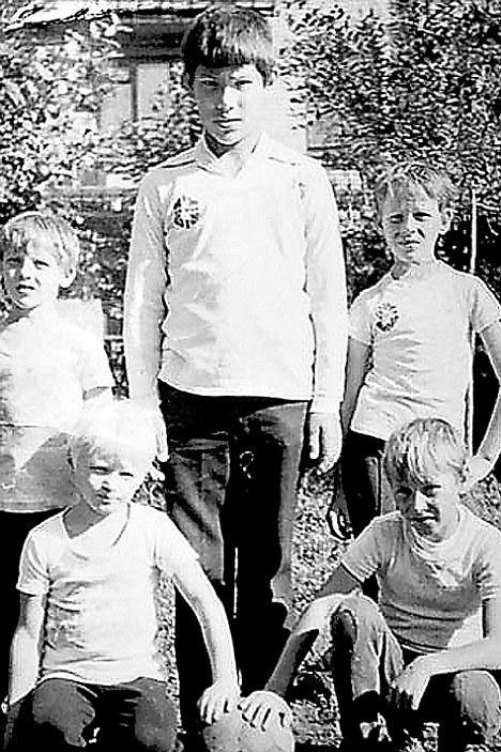 10-year-old Valuev with his classmates