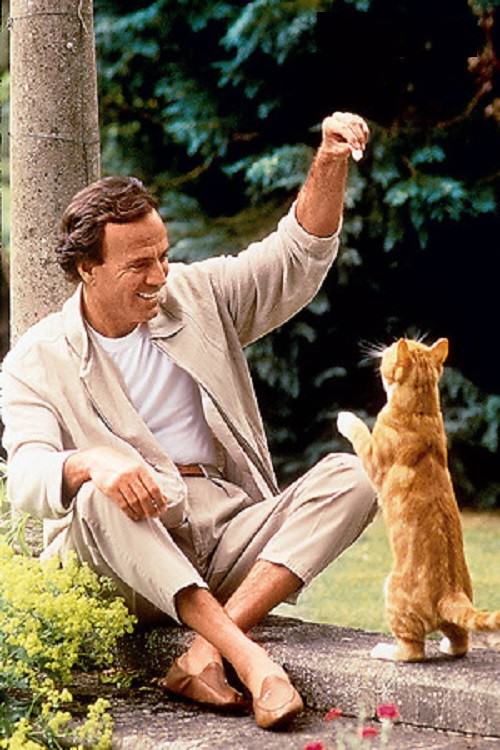 I am happy every day, and greedy for life. Loving life Julio Iglesias

Loving life Julio Iglesias
If anyone had predicted young Julio Iglesias that he would become a great singer, and his name would be known in all parts of the world, he would have laughed in the face of such a person. While he loved playing football and was going to enter the professional team. But a car accident put everything upside down in his life. He spent two years in the hospital, and to develop the hands, the doctor advised him to start playing the guitar. Thus music came into his life. “The success worth hellish work, even reaching the top, never stop. And more. I would have achieved nothing if not my beloved wife. Miranda was sent to me by the Lord”, – said Julio Iglesias in the exclusive interview for the “Caravan of stories” magazine, Russia. 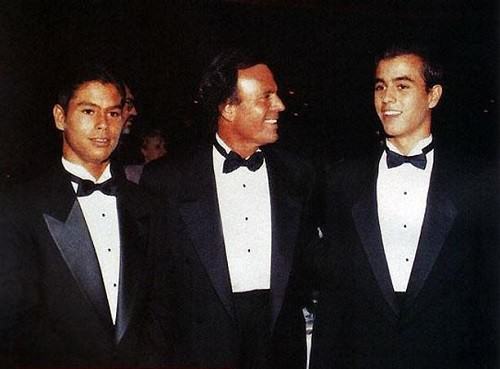 Results of his career are impressive: a place of honor in the Guinness Book of Records for the largest number of CDs sold (over 350 million) worldwide! He is the best-selling Spanish singer in the history of music. Performs on stage for 50 years. His wax figure is in Paris Grevin Museum, his star name – on the Hollywood Walk of Fame. He holds the title of “World Spaniard” assigned to him by the Spanish Chamber of Commerce in Miami. According to statistics, Iglesias’ songs are heard on the radio stations of the world every thirty seconds.

“My 87-year-old father gave birth to a son, Jaime, my brother. He died at age 90, and after 8 months his last wife gave birth to a girl, Ruth, my sister. I was a happy child, because I was very fond of the parents. And this is important. Their love is like a protective armor against the world, it remains with you forever. Actually my childhood can be called trivial. Usual. I remember a raspy sound of an old player, we loved listening to Elvis Presley. I remember, from his song “It’s Now OR Never” my heart stopped … I loved all the adult and the “old-fashioned” – Tango of forties, songs of Gloria Lasso and Luis Mariano, for example. Among my relatives were awnings, Spanish Ambassador to the UK, my dad was a highly respected expert in his field, and immediately after the Civil War became a professor of medicine”.

“Mama Maria del Rosario could cook almost anything, from a very simple products, a delicious meal. Time was then hungry, hard. We, like all, lived very poorly, and my mother was forced to do a miracle with her caring hands so that none of us felt deprivation, hunger, cold. The whole house was on her. Confidence in the strength and reliability of the hearth gave strength to my father to work to make discoveries”.

“They divorced when I was nearly thirty – that is, all my childhood and adolescence they spent together, side by side, and didn’t instill in me any complexes, did not cause me any injury of their separation. I was already a grown man who could explain that feelings are sometimes cool down. So life is – people break up, finding freedom or a new attachment. Parents had never confessed to me the true reasons for their decision. And it does not matter, I think”. 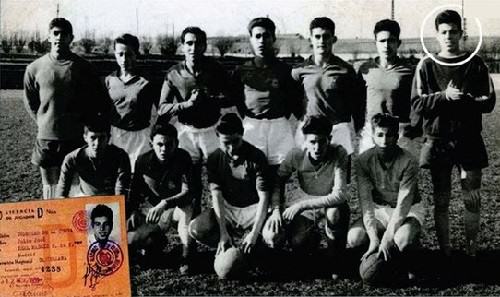 “I was bored to study at school, and was killing time playing football. And was, by the way, an excellent goalkeeper in the Madrid club “Real”. However, the father constantly insisted on a “normal” education. Therefore, in the pauses between workouts I had to run to the lectures of the law faculty of the University Complutense of Madrid. Life seemed quiet and sweet to my 19 years old. And then everything suddenly changed. Collapsed. Exploded”.

“The day before the twentieth birthday my friends and I got into a car accident and 18 months spent the hospital. Three friends escaped with minor injuries, but it took me a total of three years to recover. I remember the very bad accident – lost control, the car overturned and fell off a cliff. But what happened after the crash, crashed into the memory clearly. Fractured leg, severely damaged spine hurt nerve endings. With this diagnosis I was destined to spend all my life in a wheelchair. When I had surgery, I got into a coma. To die at 19 – what could be worse? In an instant, you suddenly become wise, like an ancient old man, realizing how fragile human life is”. 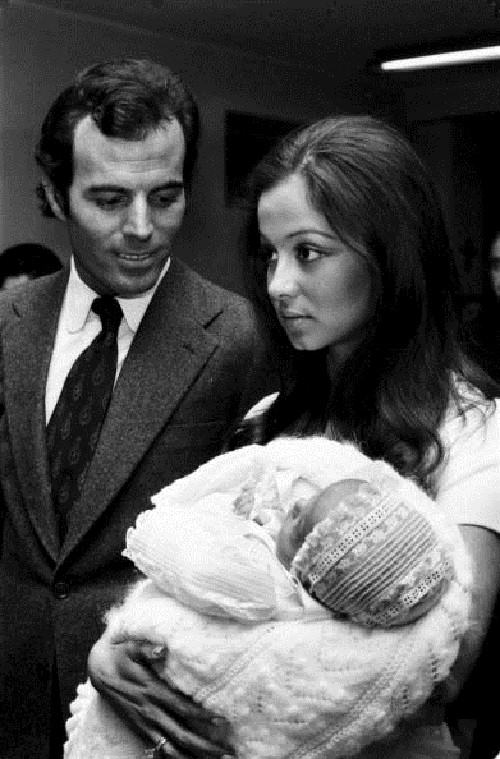 “If you ask whether I am afraid of death, I will answer – yes, I’m afraid. For this reason, I try to sleep less. I want to live! I want to stay alive! I want to work, sing, sing, sing as long as possible. God gave me a new time. And I do not want to lose it for nothing. The fact that I came back to life, I think is a special privilege – the gift, happiness, blessing’.

“Probably, that accident was my starting point. I was forbidden to get up and walk. But when the body fails, the spirit turns on. At first, I set myself the primitive task. In the afternoon I was allowed to play the guitar. But at night, when all patients were asleep, and nurses walked through the corridors, I tried to be invisible to everyone and crawled on the floor, trying to get my body to remember the movements. I learned how to move again, sit, and then do the steps, and one day I wanted to go at least a meter. Next, I began to dream of what I need to learn to walk again … Then I had crutches”. 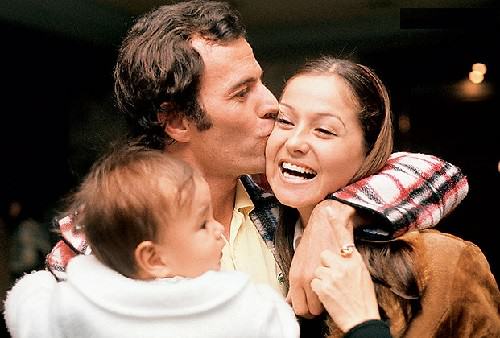 “Of course, no serious plans I did dare to build. At the insistence of my father went to study in the best English colleges, but … passion for music never left me. I managed to win at the international song contest in 1968 (by the way, where I performed with the very same song La Vida Sigue Igual, which I composed in the hospital), my songs got an unexpected resonance in Latin America, I won the radio. A famous recording studio Columbia Records signed with me my very first contract … The Eurovision song Gwendolyn that I wrote about my girlfriend, took 4th place”.

“Fortunately, I kept once given word to my father, and graduated from Complutense University of Madrid with Law degree. I was 57 years old ….”

Julio Iglesias – a wealthy man, his homes are located across the globe, a private jet ready to whirl away on the edge of the world, he has achieved everything, what can only dream of. In this case, still he continues to go on stage and sing, looks great, although many of his age are quietly happy in retirement. For the simple and obvious reason – he feels that he lives really only when singing. And he sings all the time, constantly. As for the appearance – Julio Iglesias eats little, loves seafood, good wine, olive oil and garlic. Every day he swims in cold water. By the way, all his houses have pools.

“No, I do not consider myself a happy person. You can not imagine what labor, what strict discipline behind all this. I am in constant tension, force myself to be in a form in a state of constant struggle for a place under the sun, that brings a lot of experience. Talent’s not a passive gift. It should be supported. And it takes a lot of effort, a lot of hard labor in the literal and figurative sense of the word”. 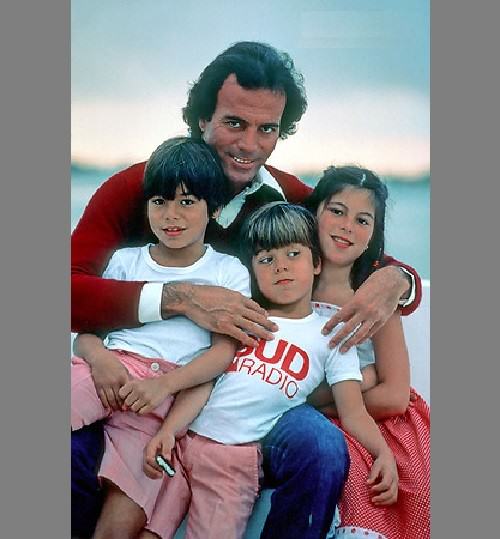 ‘All My Children born in the first and second marriage, to me are equal and equally loved’. Loving life Julio Iglesias with Julio Jr., Enrique and Isabel

“Women – the principal teachers of my life. They taught me everything, which men are not able to teach. Tenderness, loyalty, affection … the first time I fell in love when I was 14 years old – a girl from a parallel class. Yes, I still remember her name. She has certainly now become a grandmother. The first feeling is never forgotten, because it is bright, sharp, though it was only the eyes, full of love and emotions …” 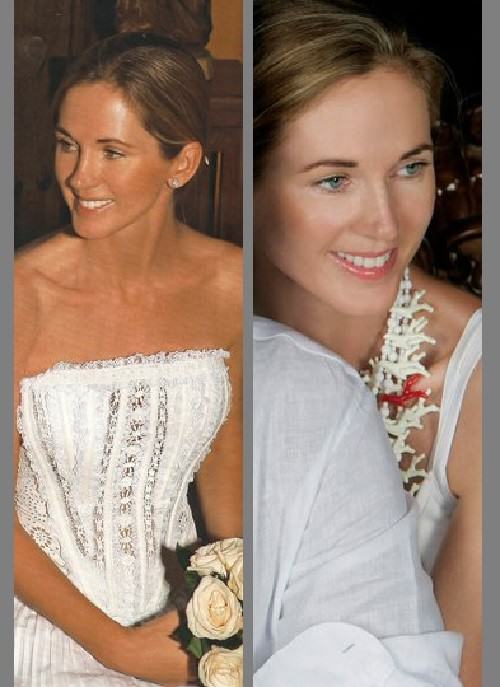 “My reputation of “womanizer” has no foundation. I’m a completely different person. Just the image of a musician, a man coming on the scene and charming room, is deceptive. Musician is credited with incredible adventures, though he is actually shy and modest. Of course, he is far from what he sings – Myth or wildest dreams that he is experiencing in public on stage, but in reality he is different! I attributed a lot of love affairs, especially those beautiful women with whom I sang a duet – with Delilah, for example. But I’ve never made love to her, she was like a sister to me. I sang with all the singers in Italy, Spain, France, Belgium – oh, the list is long …” 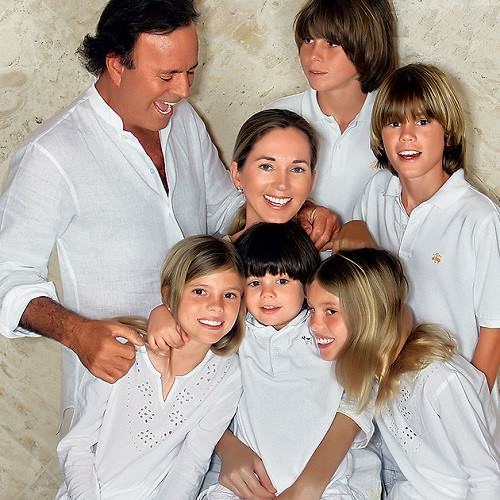 ‘With Miranda we have lived for decades, and she gave birth to my five children’. With his wife, sons, Miguel, Rodrigo and Guillermo and daughters Victoria and Cristina

Julio Iglesias has been happy with his wife Miranda for 20 years. “Miranda – the love of my life. Gift from heaven. My main happiness and my ultimate victory. We lived together for tens of years, she gave birth to my five children, and we have only recently formalized our relationship. Six months after our memorable meeting 24-year-old Dutch fashion model already moved to live at my villa in Indian Creek in Miami. Since then we live inseparable, however, in three houses – in Miami, the Dominican Republic and Spanish Marbella”.

“I met my wife on the December cold day in the Indonesian airport. I was on vacation with friends in Jakarta. Spent a week and was about to return. Walking through the airport, I saw a small crowd of people who were filming a promotional photo essay for pret-a-porter. The heroine of reportage was a girl, sitting sad on suitcases. As soon as I saw her, immediately leaned over to my friend and said: 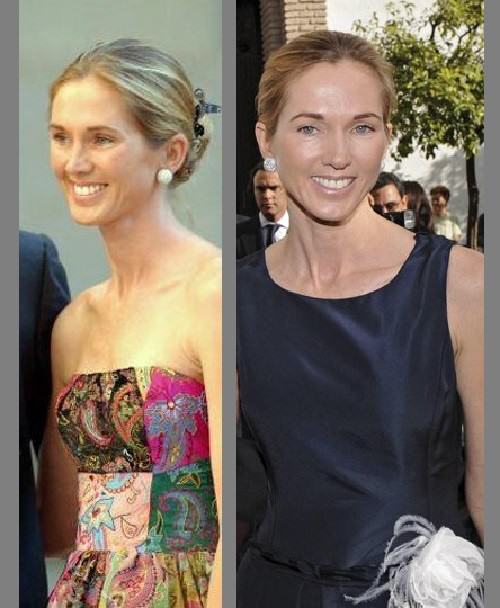 I’ve never said this to anyone before. Of course, then I invited her to a concert, although she had a boyfriend, and her own life, has other plans … But somewhere in a month we started to live together and since then have not parted. Such a fate. 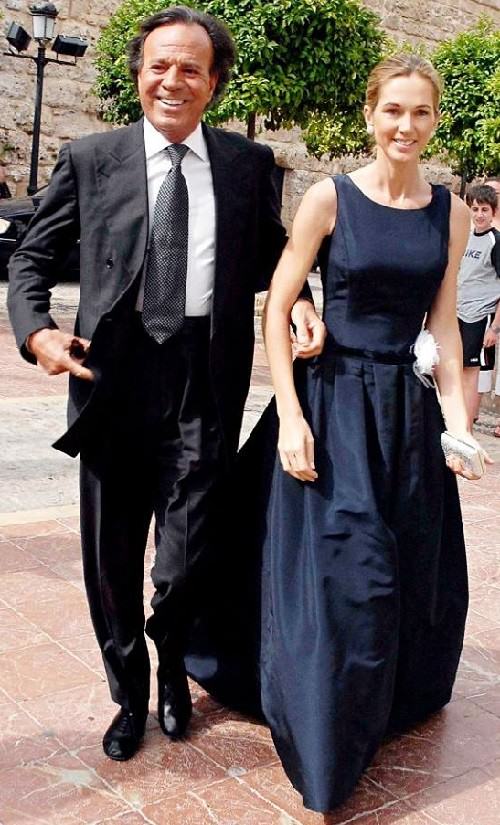 I do not live in the past. I am now 71 years old, but I have an incredible number of plans for the future and even for the reincarnation. I like to believe it … I now crossed the age limit at which you begin to feel how much is left to live. And I was able to make friends with this feeling sad in many ways. I understand that it is necessary to maintain health, strength, spirit – in order for this length of time to live a decent, fun and useful.

I long ago in the profession, has replaced three generations of listeners. Traveled the world – from China to Russia. Even sang in the Brazilian village, where there were 400 inhabitants. For the first time, by the way, came to Russia in 1978, and now is going to act in the spring, in May, in Moscow and in St. Petersburg in March. 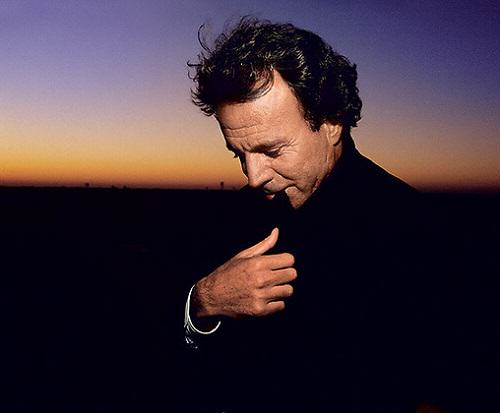 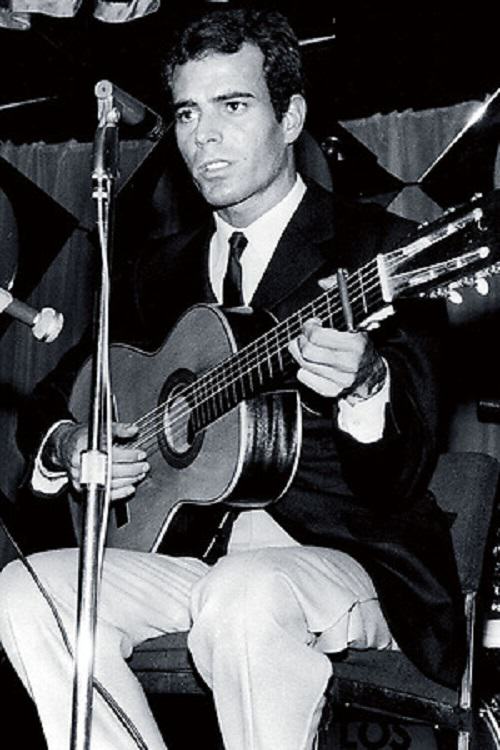 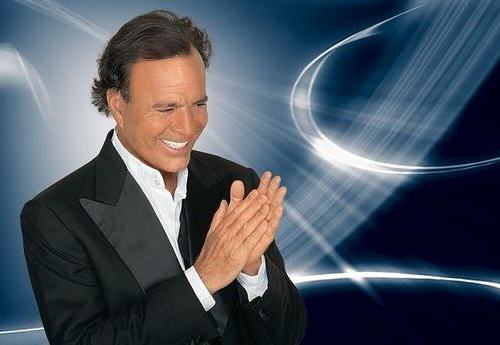 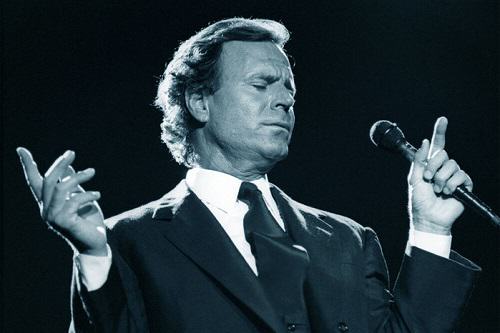 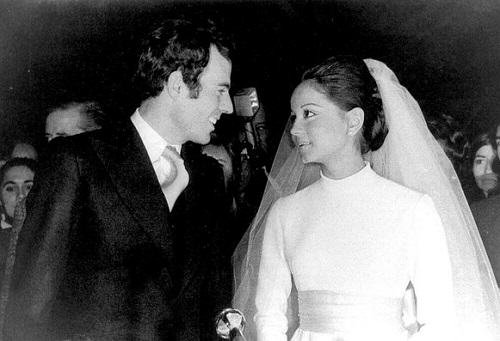 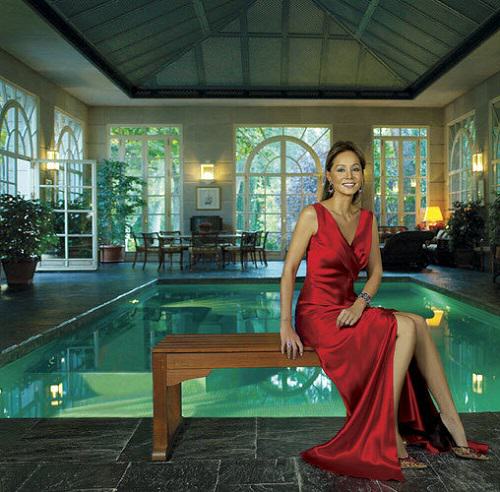 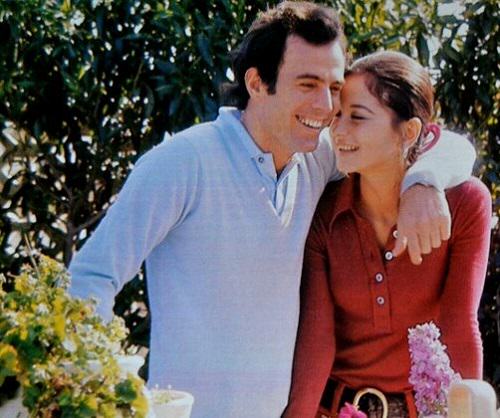 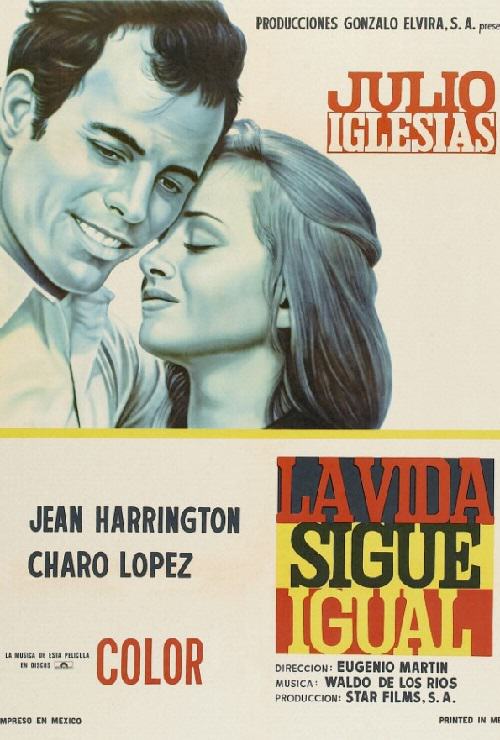 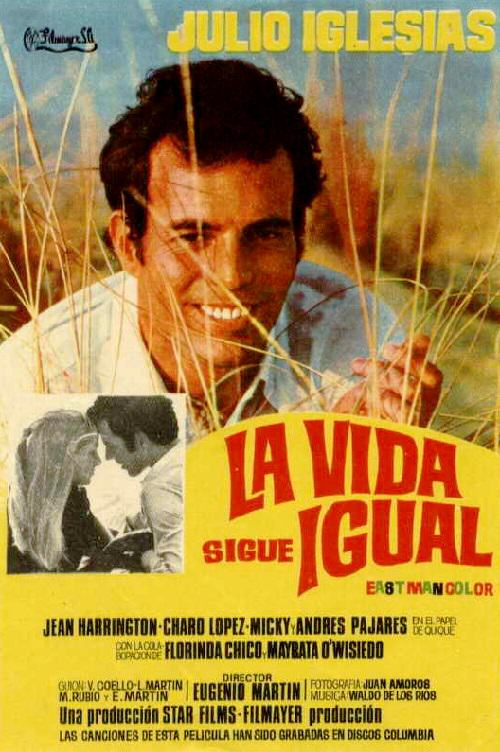 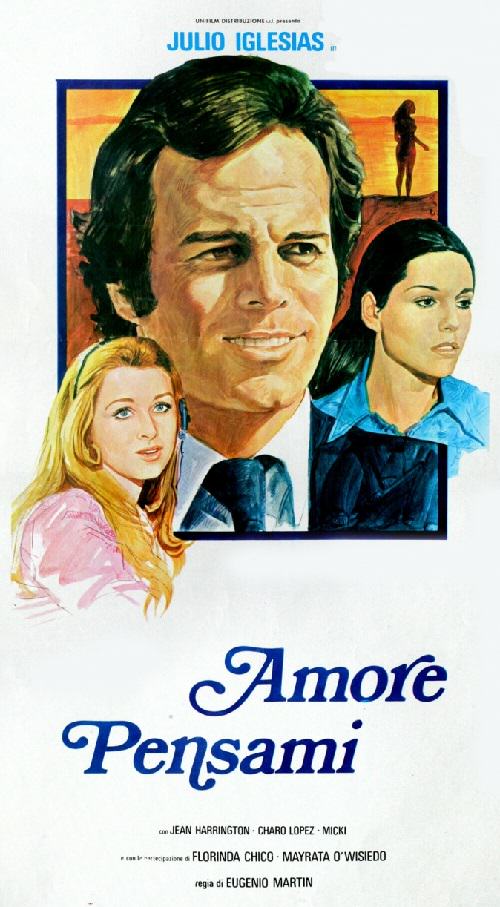 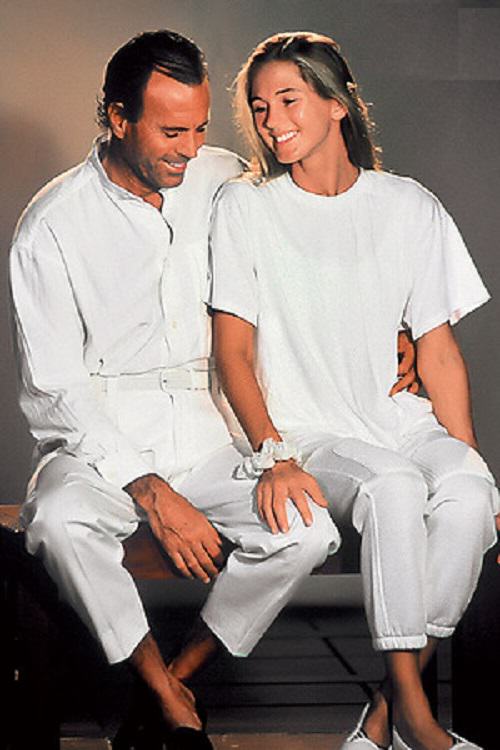 ‘Miranda – the love of my life. Gift from heaven’ 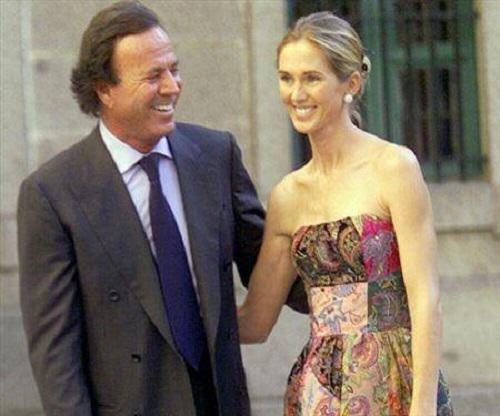 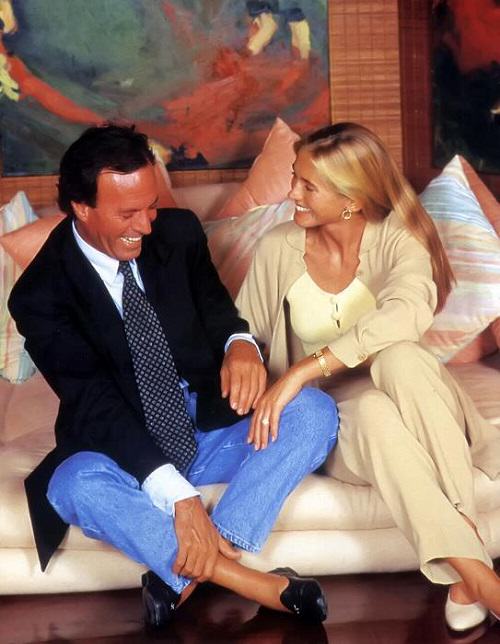 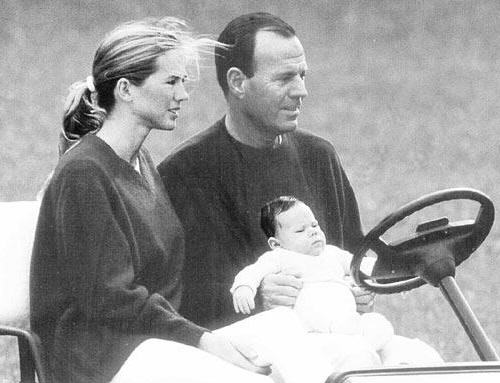 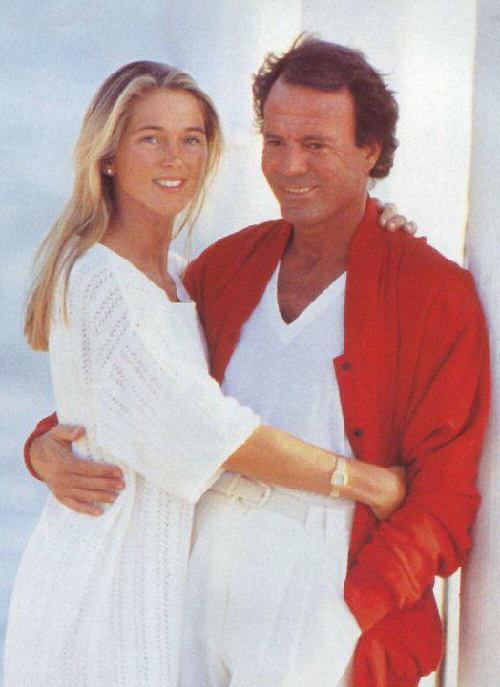