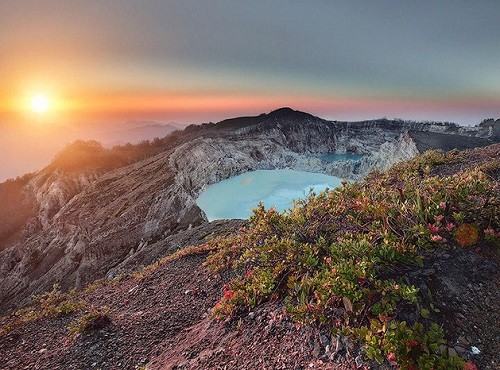 Kelimutu volcano – a mystical place tucked away on the island of Flores, in the ocean. It is rarely visited by tourists – because of the remoteness and poor infrastructure. After the death of volcanoes remain Scary and beautiful craters. Over time, they become overgrown, sometimes filled with sea or rain water, forming ponds and even lakes. Ancient craters of extinct volcanoes had mystical character. They were often equated with death and fear, with the gates to the underworld. 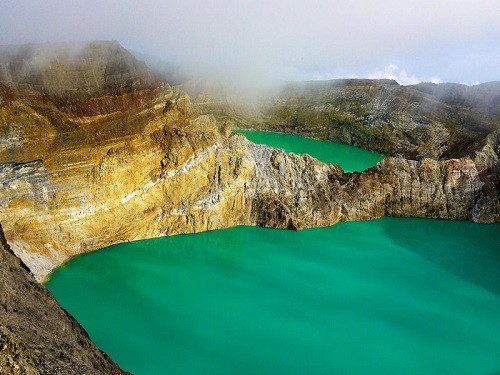 In the sky, flying over Flores, you will see a bright turquoise spot, standing out against the greenery covering the island – one of the 3 crater lakes Kelimutu.

Another handsome crater on Hawaii – Molokini Crater. The crater resembles a crescent moon. It was formed more than 15 thousand years ago by a volcanic eruption. According to local legend, Molokini was a beautiful woman who began competing with the goddess of fire for the love of a man. Angry goddess sliced the beauty in half and turned into stone … 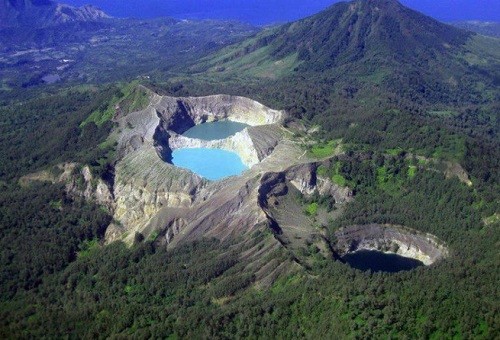 Extinct Aogashima crater is in the Philippine Sea

Extinct Aogashima crater is in the Philippine Sea. But inside the island has a small active volcano, which height is 400 meters, and even more. The combination of craters forms a unique landscape. Aborigines, despite the threat of a volcanic eruption, do not leave the island. 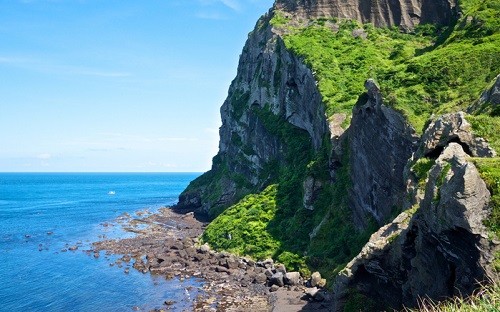 South Korea, Seongsan Ilchulbong Crater. This crater is still known by the rather romantic name ‘Peak of sunrise’. This is a tuff cone, which resembles a giant ancient castle. Height – 182 meters, located within the same bowl-shaped crater. 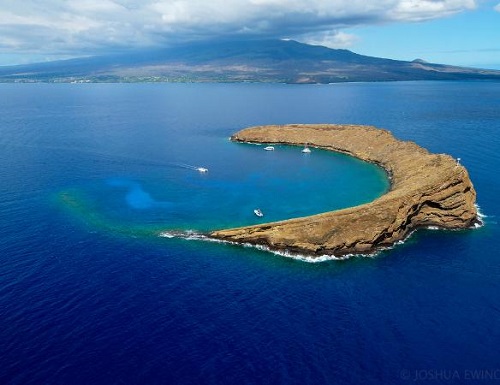 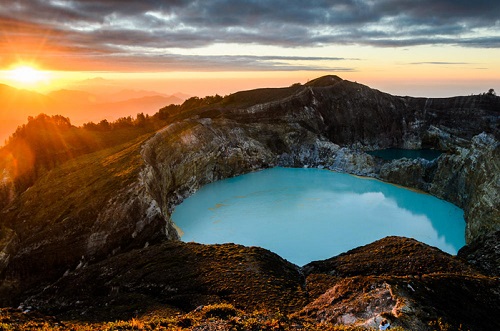 Beautiful scenery – crater on the island of Flores 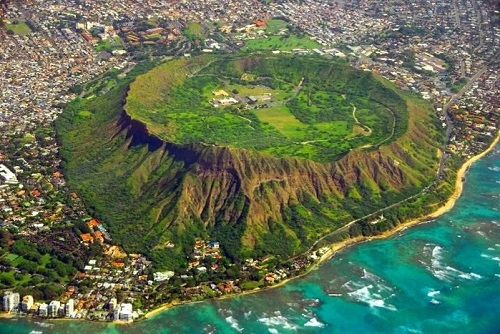 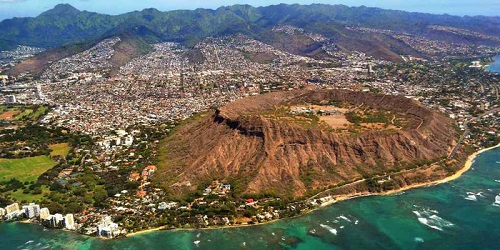 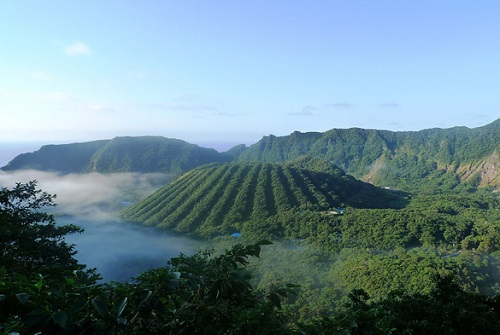 Extinct Aogashima crater is in the Philippine Sea 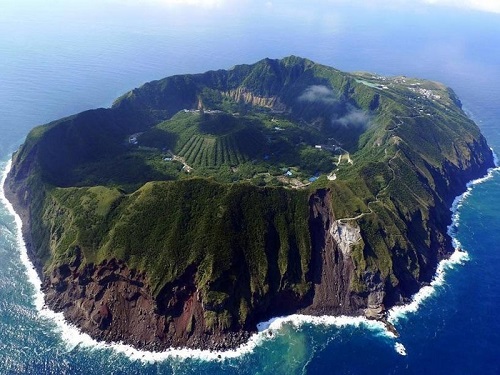 Aogashima crater is in the Philippine Sea 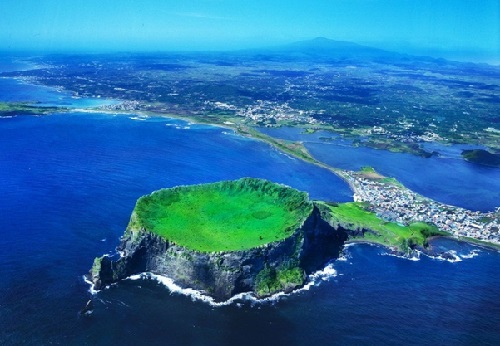 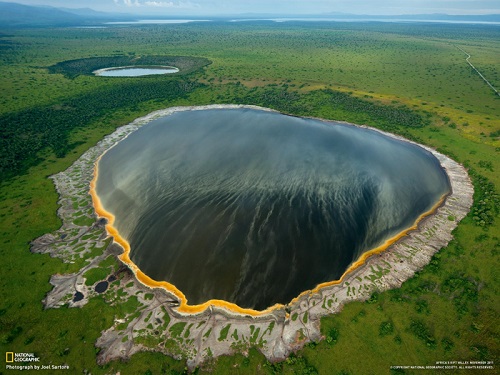 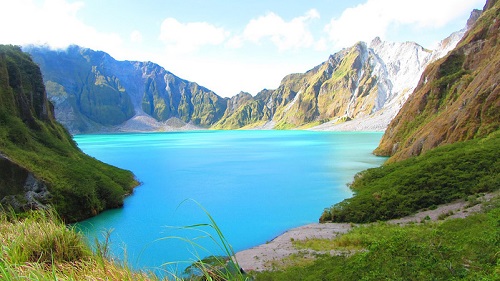 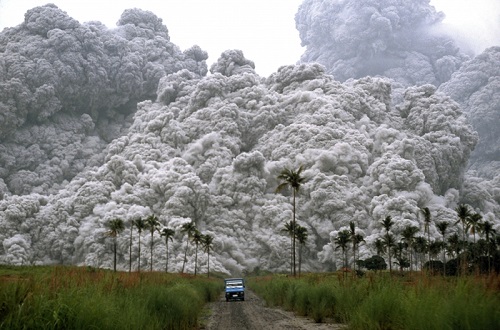 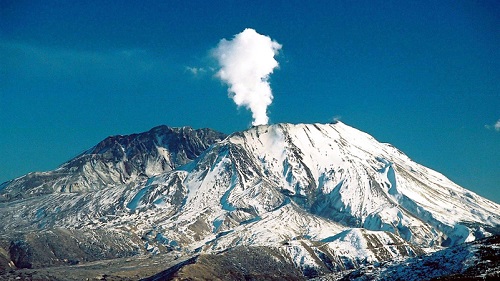 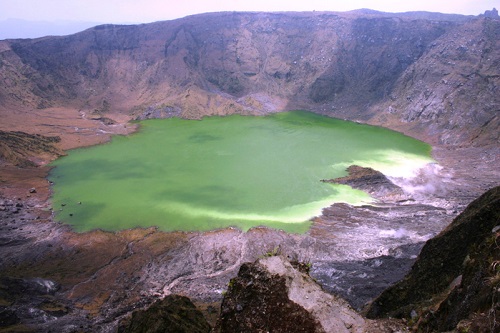 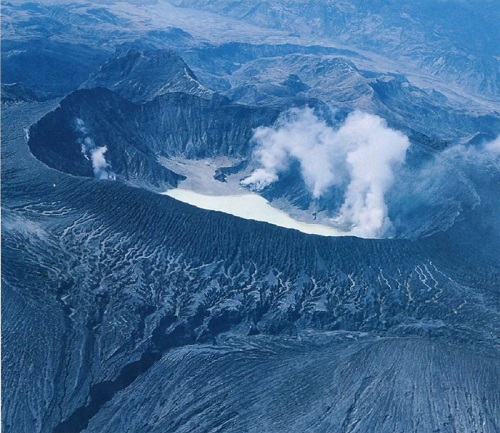