Man does not wash for 37 years. God, give him a son 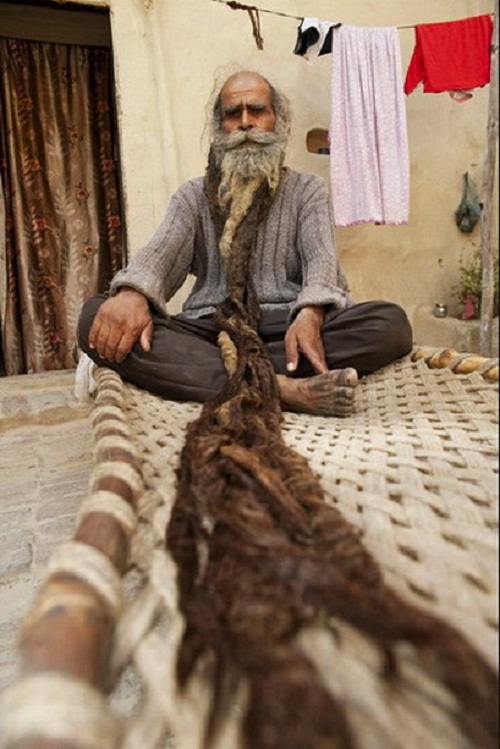 Man does not wash for 37 years. God, give him a son, please
66-year-old Kailash Singh has not washed for 38 years and argues that he is happier than everyone who takes a shower every day. Kaliash said that the decision he made back in 1974, soon after his marriage, in the hope that Universe will help him find his son. One priest guaranteed the effectiveness of this strange dirty method. He gave advice to Kaliash not bathe or get a haircut, and for 38 years can be considered the most messy smelly person in the world. The length of his hair 182 cm long ago turned into dreadlocks. But still no son, God has sent him only 7 daughters. For himself he defined – only the presence of his son could change his life.

Kailash Singh and his family live near the holy city of Varanasi. The average temperature here is 47 degrees Celsius. Kailash is working as a shepherd.

Kalavati Devi, his wife got used to the scent of her hubby. She blackmailed him so that she no longer lie with him in bed and tried a lot of other persuasions to give up this once promises, but all in vain. Once Kalavati his daughters persuaded him to bathe in the river, Kailash fought them all off and then ran away, saying that he would rather die than swim.

If you think that Kailash Singh did not care about personal hygiene, you are seriously mistaken. Every night he takes the “fire bath”, as he calls it. Every evening, a man smokes marijuana, prays to Shiva and dances around the fire.

Man does not wash for 37 years. God, give him a son 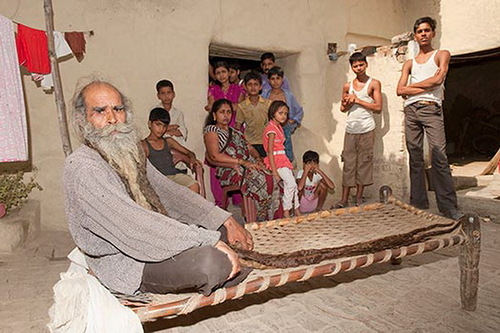 The family of Kailash Singh 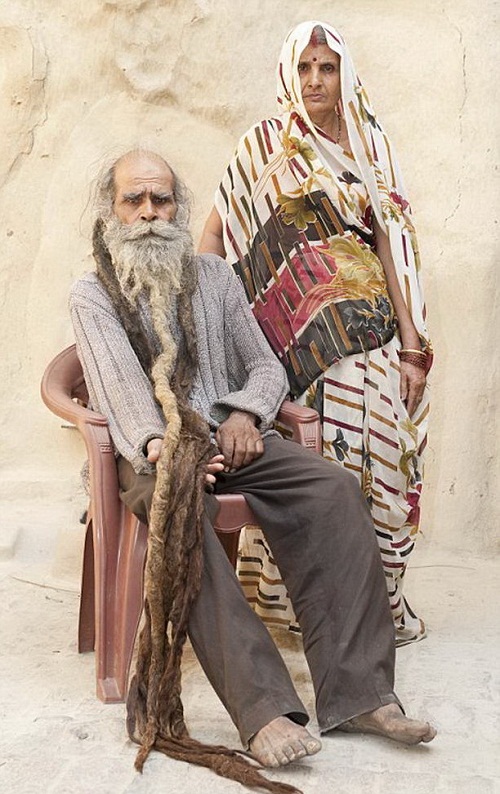 A husband and wife. Kailash Singh and Kalavati Devi 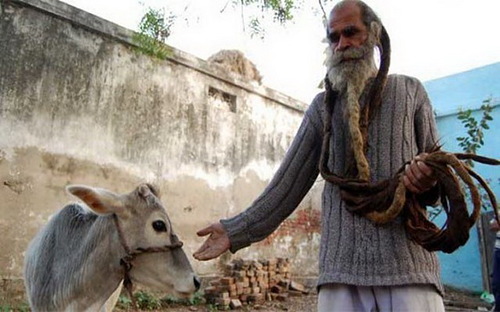 A donkey and Kailash Singh 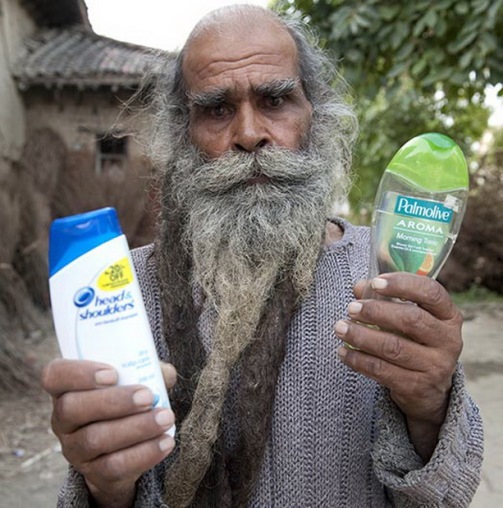 All in vain, Kailash Singh 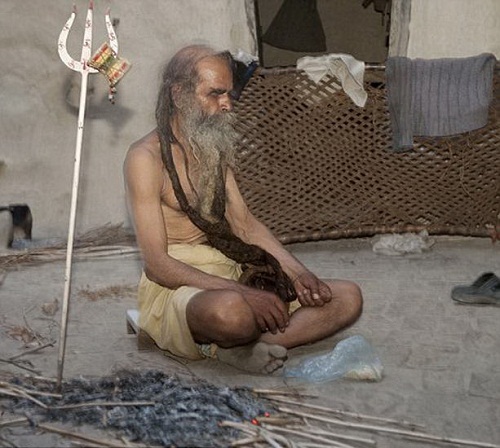 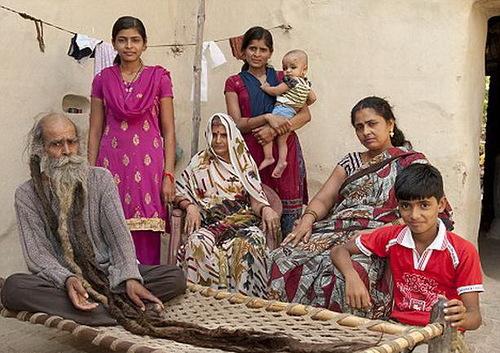 With his family, Kailash Singh