Most expensive cats. In January, former President of Finland, Tarja Halonen received a gift from Dmitry Medvedev, after he has learned that both cats of Halonen passed away. Medvedev decided to present her a new pet. Selection of the current prime minister fell on the kitten of the same breed as his favorite Dorofei – “Neva Masquerade”. Depending on the class and pedigree the cost of such a breed kittens usually ranges from $ 200 to $ 700 – a lot, but for the market selling pets is not the limit. Forbes chose the 10 most expensive cat breeds. 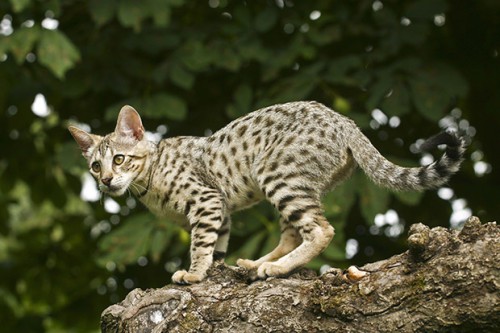 Savannah is the largest and most expensive breed of cat, their price is significantly higher than the level of $ 20,000. The inventors of the domestic hybrid which is a cross between a usual cat and African serval. The height of an adult savanna reaches half a meter, weight – 15 kg. 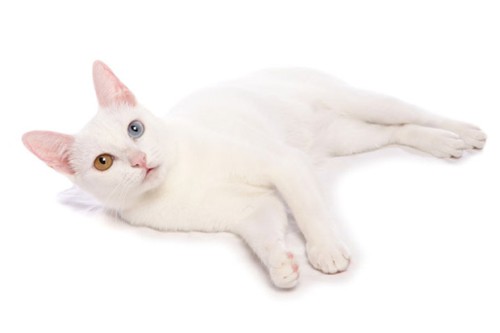 Cat breed Khao Manee, dates back several centuries to Siam, the name means White Gem. Some Khaoo Manee are deaf or partially deaf. They can have blue eyes, gold eyes or odd eyes with one of each color. In history there were cases where a person who dared to steal the cocoa-Mani, was sentenced to death. Such harsh punishment is understandable: it was believed that cats of this variety attract the material well-being. Even today, some Thai businessmen as pets choose exactly Khao Manee. 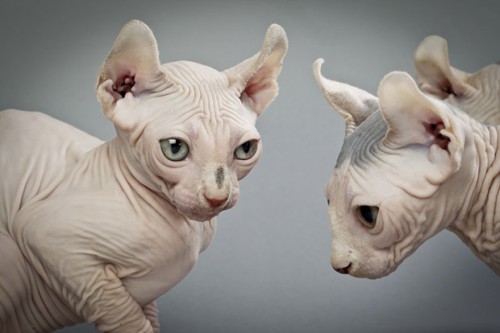 With the return of the Hobbit, Elf cats seem to be making a well-timed debut. These truly elfish-looking felines are a cross between a Sphinx and an American Curl. Their ears curl back like the American Curl and they are hairless, like the Sphinx. Some think they look like Yoda, others are reminded of the cave-bound creature in the Hobbit. Whatever these little fur-less critters remind you of, be prepared to pay big bucks if you want one. They are extremely rare and start at $2,000 a kitten. As a new breed, there are only about 100 of them in the entire world. 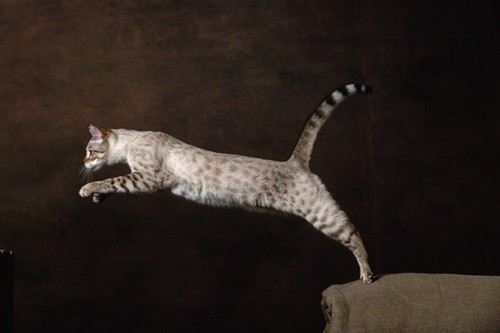 Bengal cat breed comes from the Asian leopard cat. The name “Bengal cat” was derived from the taxonomic name of the Asian leopard cat. In the middle of the last century, this wild beast was endangered because of its beautiful silky skin. Experiment to create a new breed lasted more than a decade and was completed only in 1987, when the public saw the first Bengal cat. 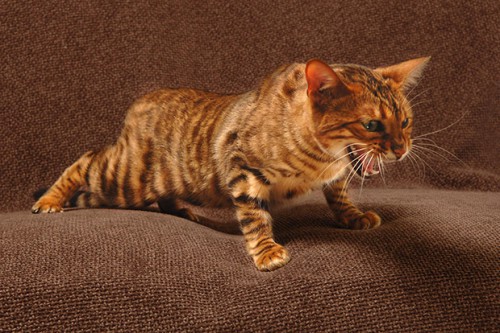 Many cat lovers secretly envious of the zoo that have the ability to communicate daily with the largest members of the family: lions, panthers, tigers. Breeding species toyger – another way to little comfort those who are eager to touch the world of wild animals. Toygery or toy tigers have, as you can guess, striped color. According to the breeders, breed standard has not yet developed a completely: they expect that later in their pets will be rounded ears. 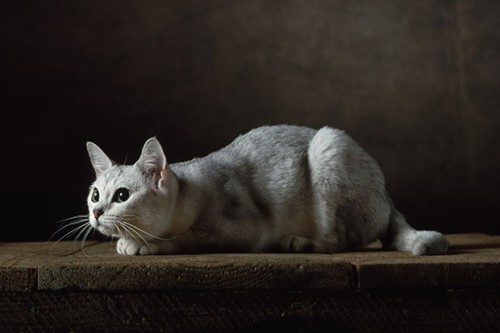 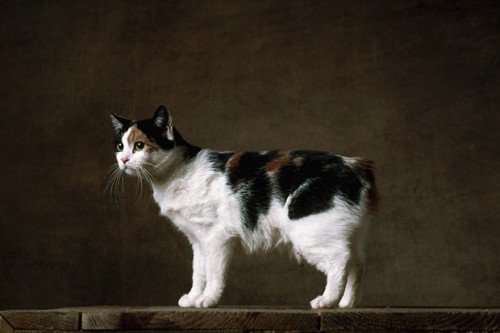 How did the tailless cat get on the Isle of Man in the Irish Sea, is not known. Tradition says that the cat was last animal protruding from the Noah’s Ark. Many Manx have a small stub of a tail, but Manx cats are best known as being entirely tailless, this is the most distinguishing characteristic of the breed, along with elongated rear legs and a rounded head. 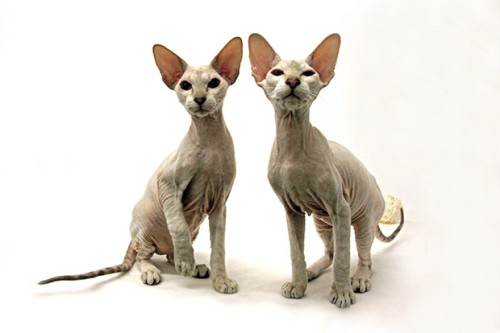 Peterbalds have an elegantly slim graceful and muscular build. They have a narrow and long head with a straight profile, almond-shaped eyes, wedge-shaped muzzle, and big set-apart ears. They have a long whippy tail, webbed feet and oval paws that allow them to grasp objects and open levered doorknobs. They are somewhat similar in appearance to Oriental Shorthair cats. They have a hair-losing gene and can be born bald, flocked, velour, brush, or with a straight coat. Those born with hair, except the straight-coats, can lose their hair over time. The Peterbald comes in all colors and markings. 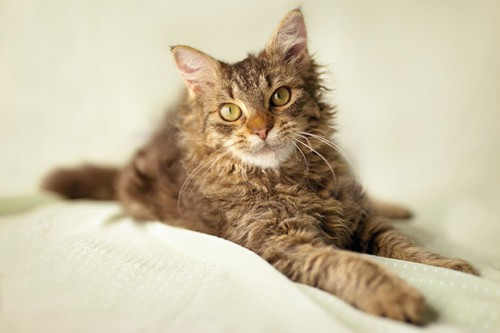 The LaPerm is a rex breed which originated in the United States and is now present in many other countries worldwide. The breed is genetically unique and not related to any other rex cat varieties, having a dominant gene causing their curly coats. They have an elegant and athletic build and are affectionate, active and outgoing in character. They are reputed to be hypoallergenic cats, provoking a significantly lower level of allergic response in humans than normal cats. Their most significant feature is their coat, which is made up of soft waves, curls and ringlets, resembling a shaggy perm. 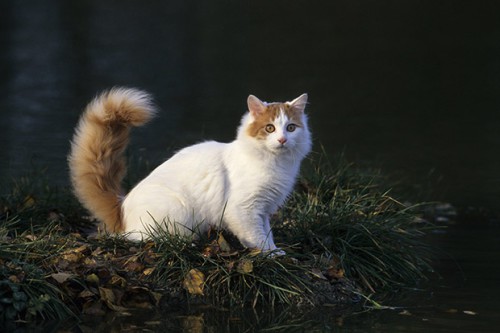 Image of Van cat was chosen as the symbol of the campaign in support of Turkey’s accession to the EU. This is explained not only by the fact that the animal whose wild ancestors lived in the vicinity of Lake Van, lives in many European families. Van cat breeds are mentioned in the legends associated with key figures in the history of the Turkish state and the Muslim world in general. It is believed, for example, that Mu’izz, home favorite of the Prophet Muhammad had eyes of different colors – like most Vans.