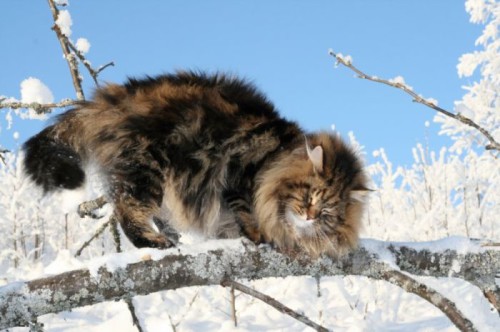 Powerfully built beautiful Siberian Cat
In fact, Siberian cat has lived in Russia for centuries. According to belief, the Siberian Cat is an ancient breed, and ancestral to all modern long-haired cats. Meanwhile, the locals call it the King of cats. Noteworthy, the cat has similarities with the Norwegian Forest Cat, and closely related to it. However, it is a natural breed and the national cat of Siberia. 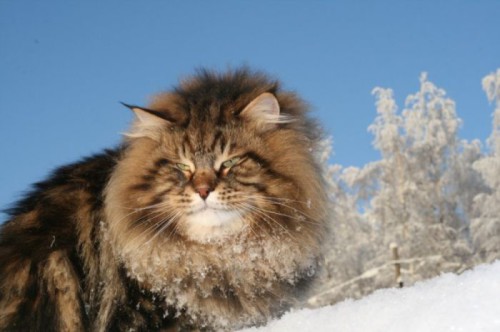 First mentioned in a book by Harrison Wier, which included information of the earliest cat shows in England in 1871

In the Russian cat fancy, each cat club devises its own cat standards. This fact led to much confusion in the USA and other countries when the first Siberians were arriving. Meanwhile, many appeared quite different from each other, depending on what area of Russia they originated from.

In fact, one of the earliest written Siberian standards appeared in published by the Kotofei cat club information, in St. Petersburg in 1987. 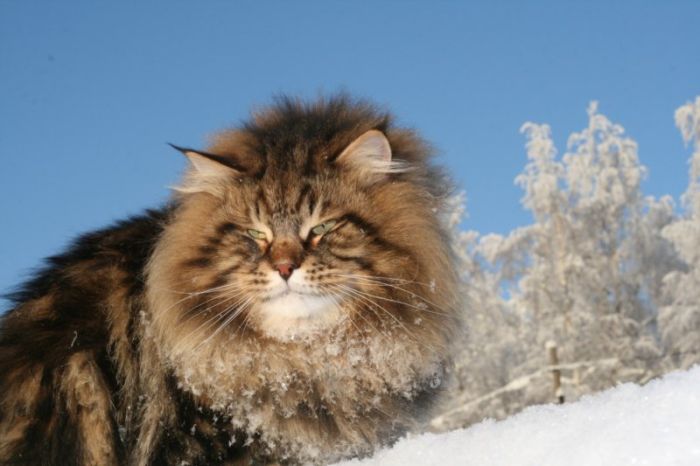 Siberians first arrived in the United States in 1990. 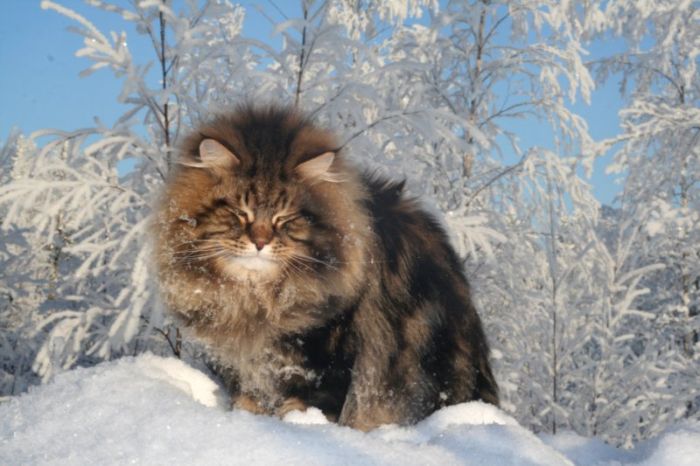 Stunning cats first arrived in the United States in 1990 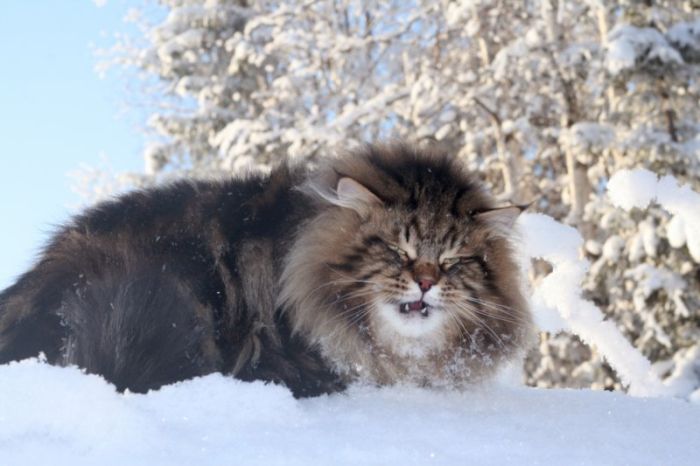 The king of Cats 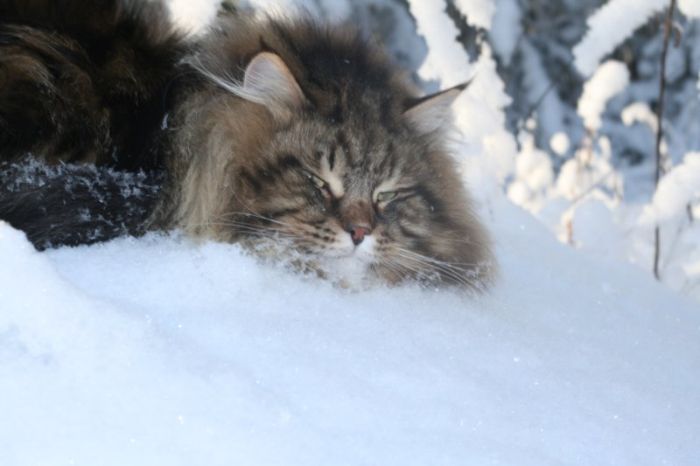 Sleeping on the snow 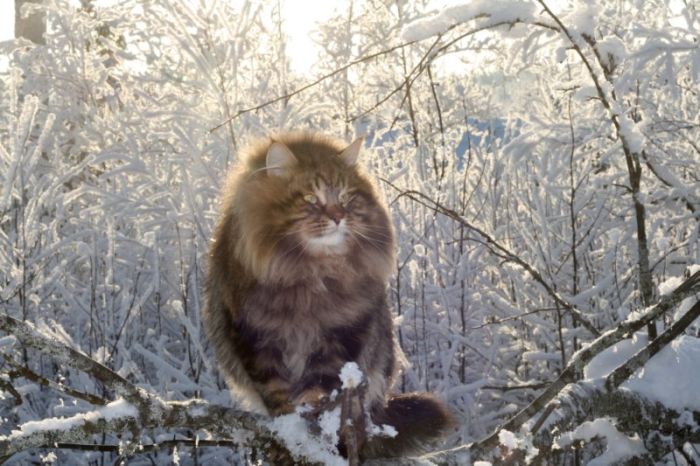 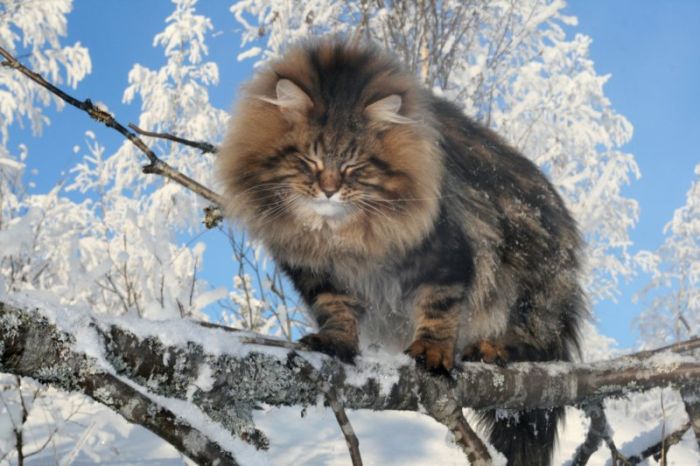 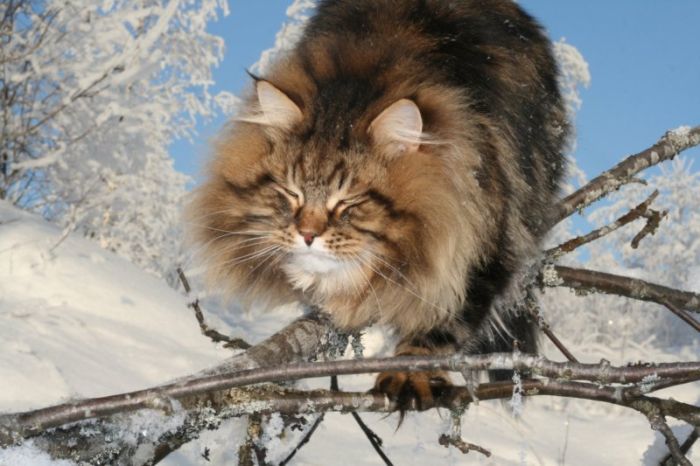 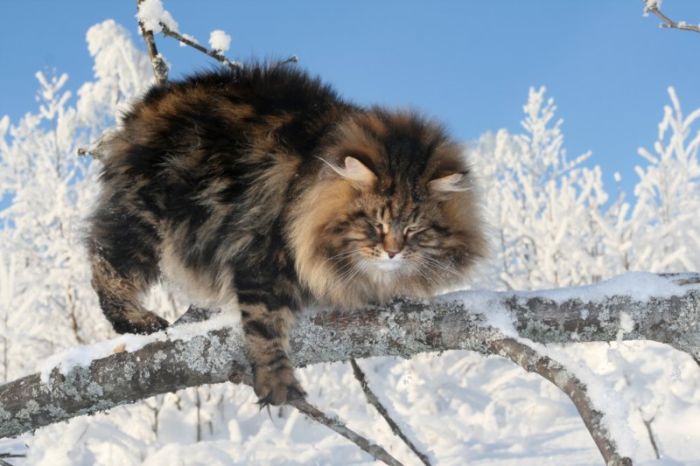 The King of Cats, undoubtedly 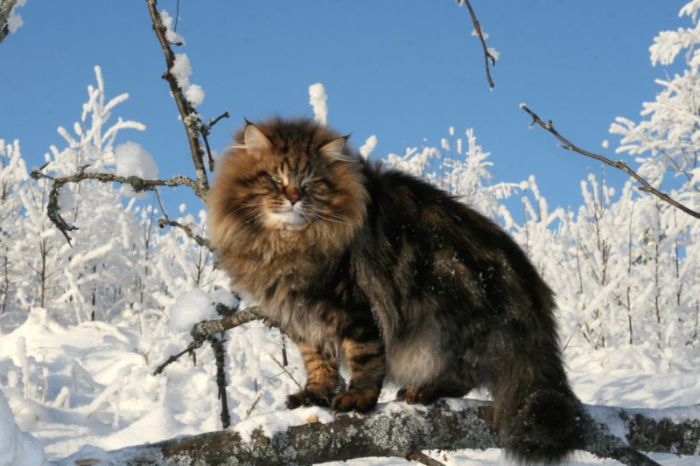 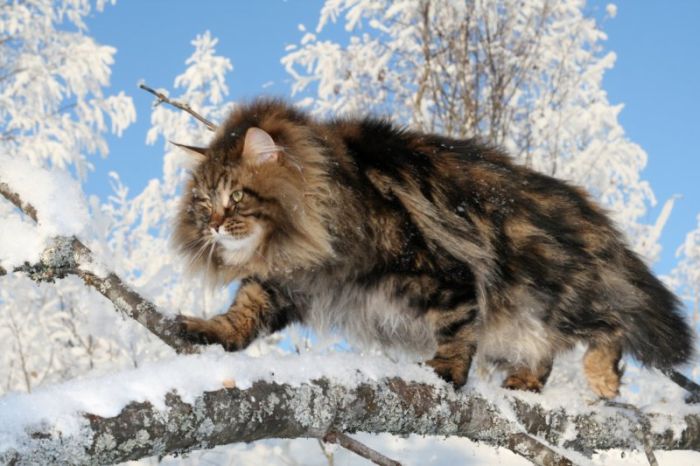 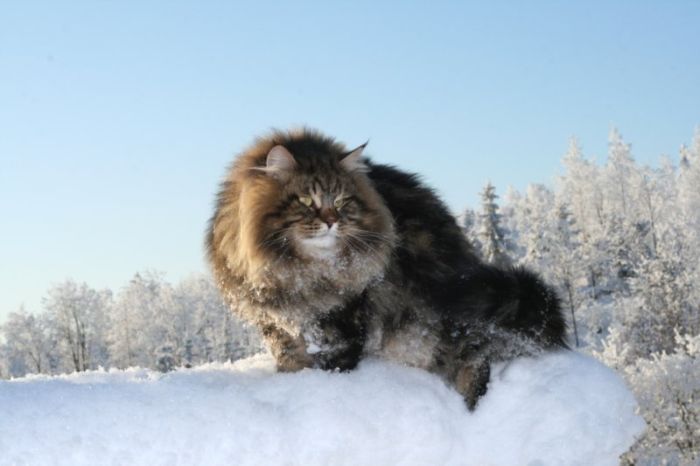 Although gaining in popularity, the expense of importing the cats from Russia keeps the breed relatively rare outside of Europe.