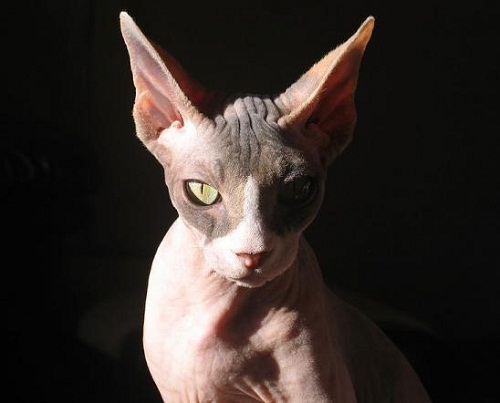 Representative of the most unusual breeds of cats – Sphinx

Many of us today can boast about our favorite fluffy pets – cats. Cats’ beauty, tenderness, and grace make us endlessly admire them. Here is a short description and images of most exotic and beautiful creatures. The first one – Sphinx, or Canadian Sphinx – hairless cats farmed in the decorative purposes. They display a high level of energy, intelligence, curiosity, and affection for their owners. 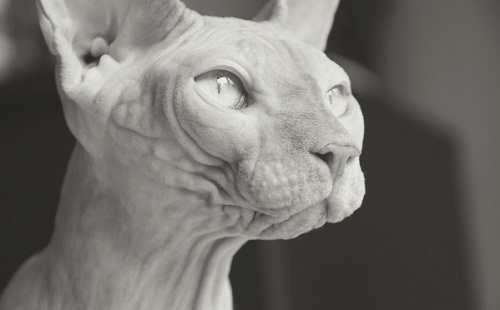 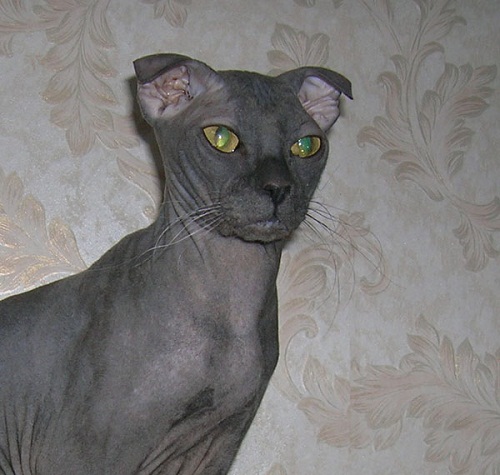 Ukrainian levkoy is a cat breed of distinct appearance, having inward-folding ears, and little to no hair. Very similar to the Sphinx, but there’s a significant and visible difference determined by the closed ears and large but narrow eyes. 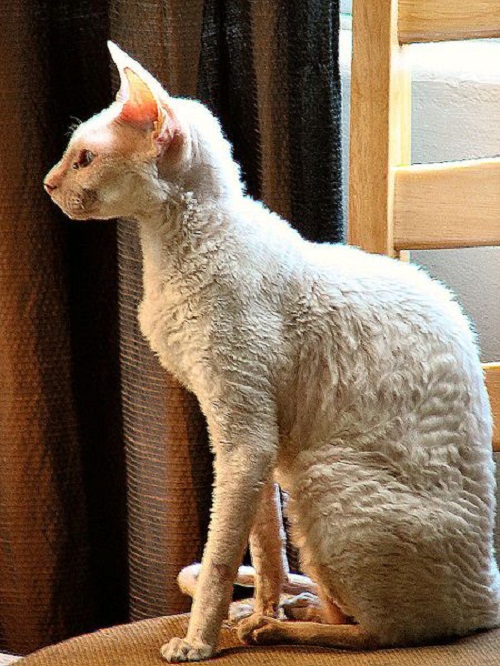 The Cornish Rex, unlike other cats, has a flaw in the two outer layers of hair known as axial hair. The curl in Cornish Rex fur is caused by a different mutation and gene than that of the Devon Rex. It originates from Cornwall, England. 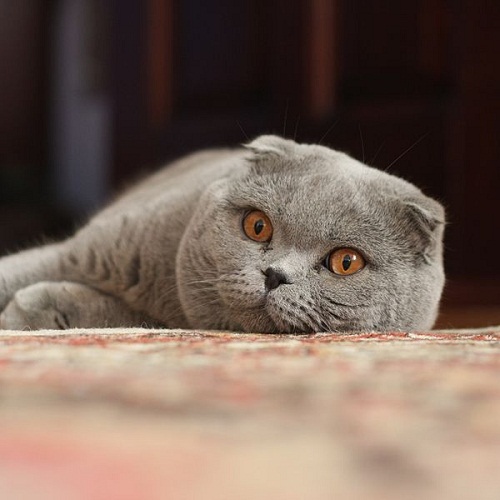 The Scottish Fold can not boast of big ears. Sometimes it seems like there are no ears at all. In fact, the ears are bent and seem incredibly tiny, the cat seems to have “owl-like” appearance. Pop star Taylor Swift’s Scottish Fold cat, Meredith, has her own Twitter account. 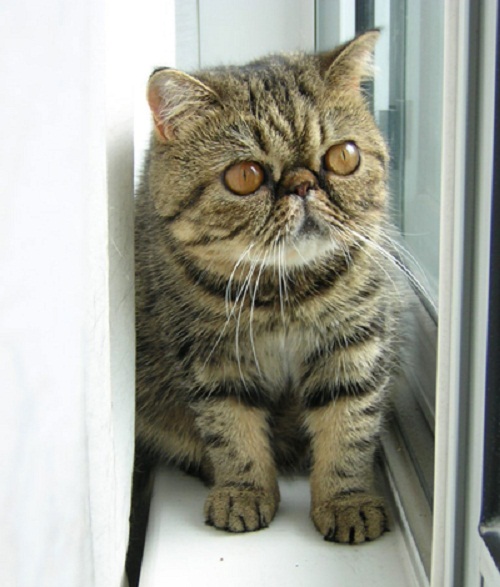 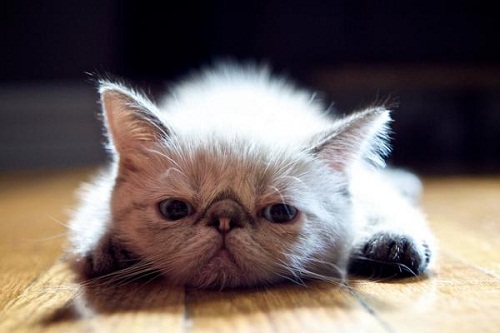 The Exotic shorthair is similar to the Persian in many ways, including temperament and conformation, with the exception of the short dense coat. It has even inherited much of the Persian’s health problems. The exotic shorthair round head with smooth faces and small ears. As their heads, their bodies are rounded, which makes them look like toy bears. 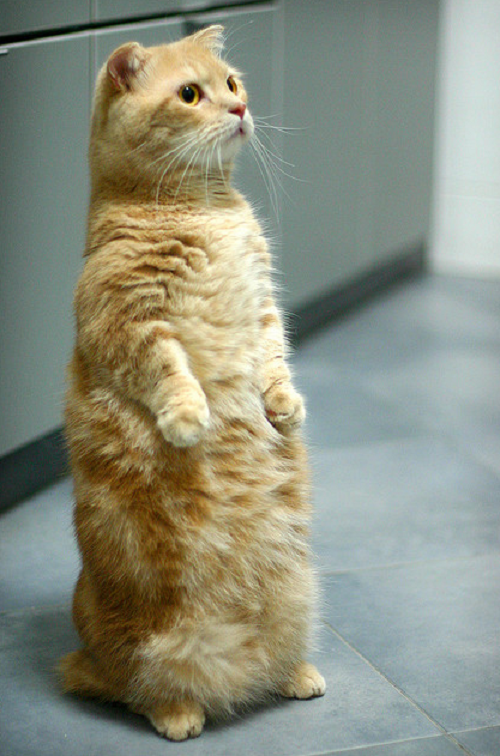 The Munchkin. In 1983 Sandra Hochenedel, a music teacher in Louisiana, found 2 pregnant cats who had been chased by a bulldog under a truck. She kept one of the cats and named her Blackberry and half of her kittens were born short-legged. Hochenedel gave a short-legged male kitten from one of Blackberry’s litters to a friend, Kay LaFrance, and she named the kitten Toulouse. It is from Blackberry and Toulouse that today’s Munchkin breed is descended. 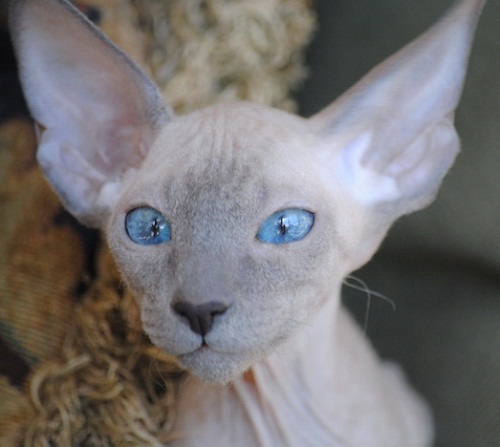 The Peterbald is a cat breed of Russian origin. Russian felinologist Olga S. Mironova created the breed during 1994 in St. Petersburg, Russia. It was the result of an experimental mating of a Don Hairless male named Afinogen Myth and an Oriental Shorthair female World Champion named Radma von Jagerhov. The first two litters produced four Peterbald kittens: Mandarin, Muscat, Nezhenka, and Nocturne from Murino. These four Peterbalds were the founders of the breed. 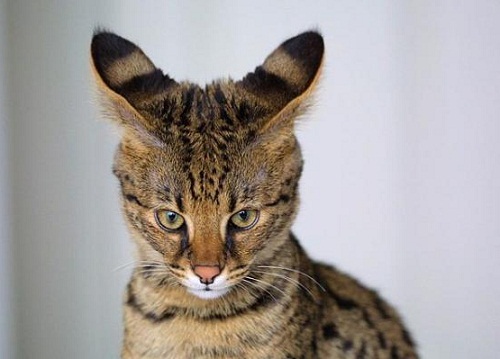 The Savannah is a domestic hybrid cat breed. It is a cross between a serval and a domestic cat. Having such exotic Strip, it seems that this cat is the wilderness rather than to the lives of people. In fact, the Savannah cat is a hybrid of a domestic cat and an African wild cat known as a Serval cat. 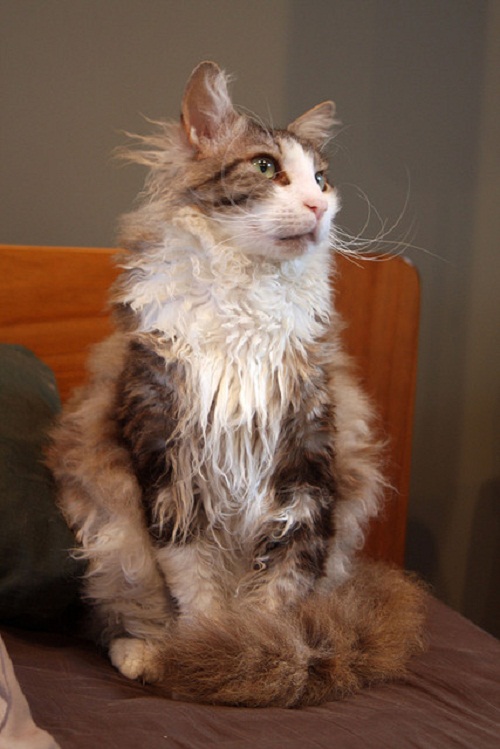 The LaPerm is a recognized breed of cat. A LaPerm’s fur is curly, with the tightest curls being on the belly, throat and base of the ears. LaPerms come in many colors and patterns. LaPerms generally have a very affectionate personality. 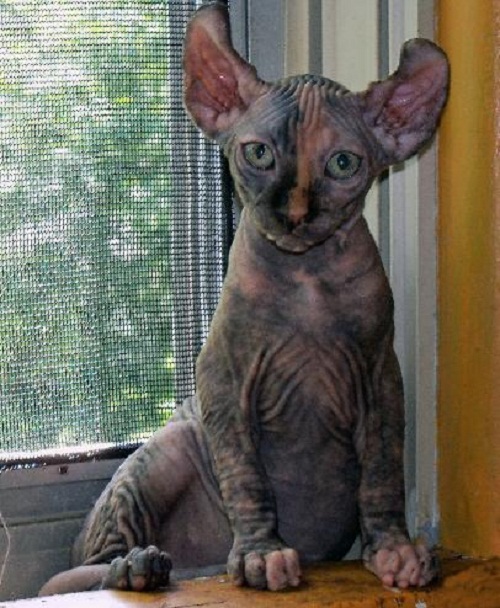 The Elf cat is a very new and extremely rare hybrid breed originated by crossing the Sphinx with the American Curl. This breed have been brought by Americans: Karen Nelson and Kristen Leedom. 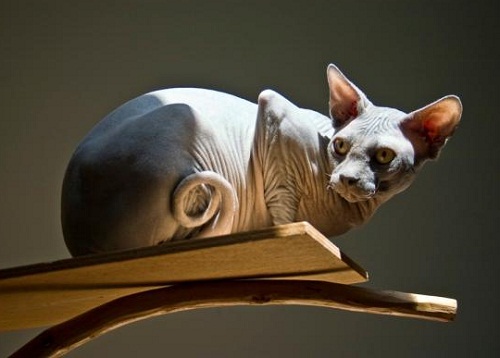 An exotic breed of cats, known as Sphinx 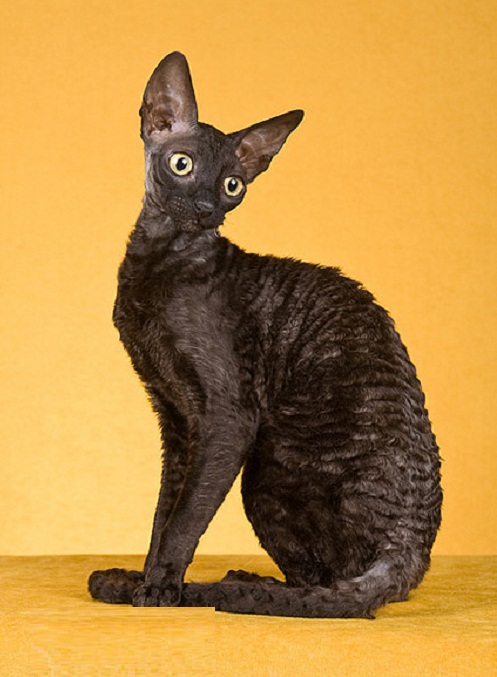 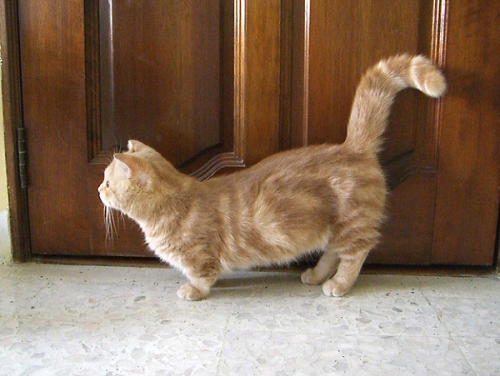 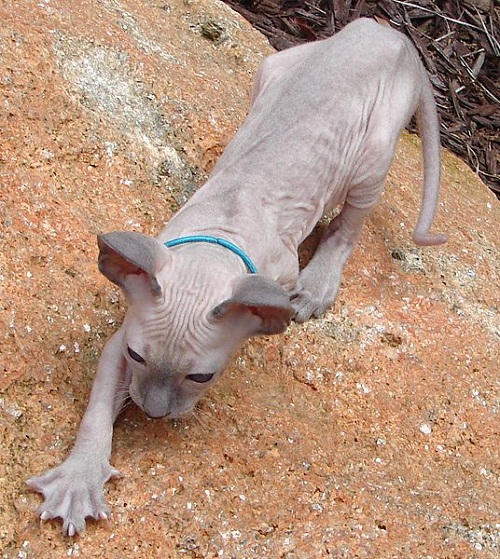 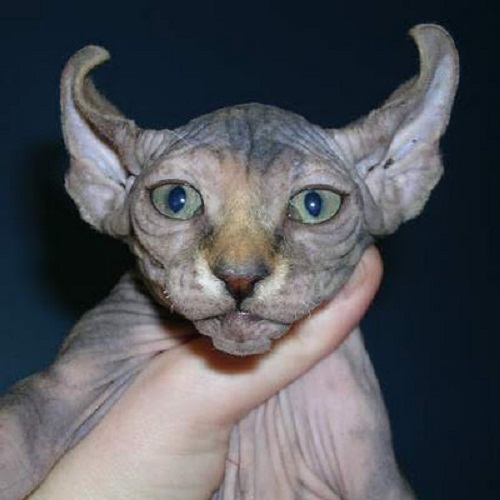