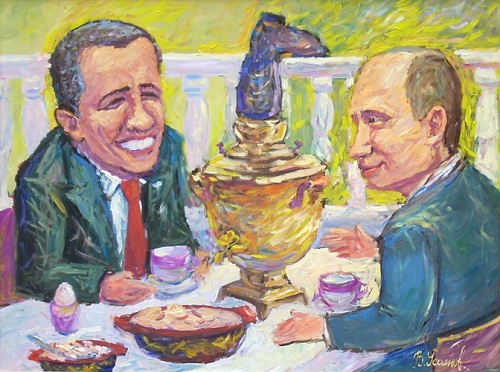 Naive art by Vladimir Usatov. Vladimir Usatov was born on September 1, 1964 in the village of Dubrovka of Vyatka region, Russia, into the family of a photographer and an accountant. He has been a member of the Artists’ Union of Russia since 2002. In the first painting, the artist depicted smiling Putin and Obama, sitting at the table, with traditional Russian samovar and its boot, national dish – dumplings, stuffed with quail and caviar eggs. The title of the picture is based on the phrase, which Putin said to the U.S. president: “We have prepared breakfast for you in the Russian style“. Vladimir Usatov taught Art at school, participated in several exhibitions in Moscow. For the last years he has been a freelance artist. 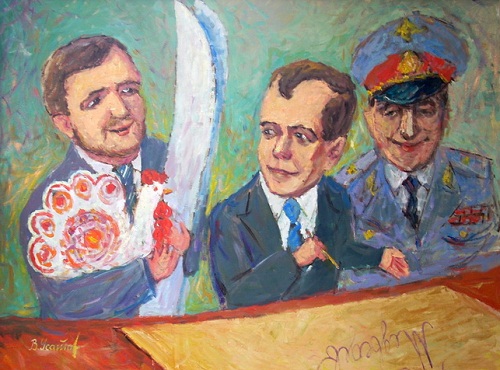 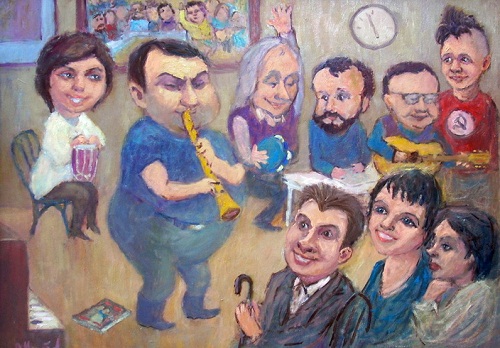 Presentation of the book of poems by Michael Coco “Farewell to doves” at the Art Center. 2011 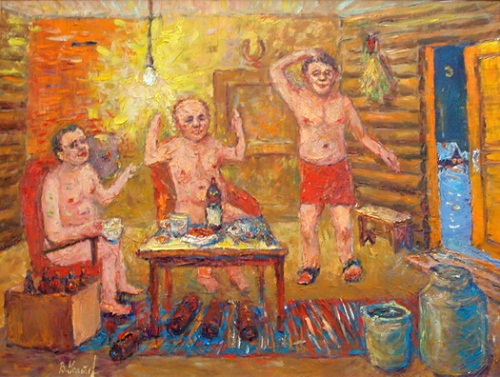 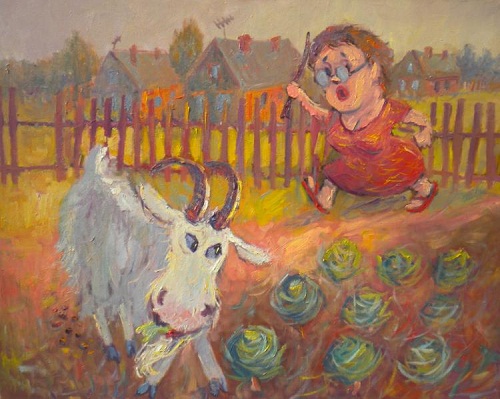 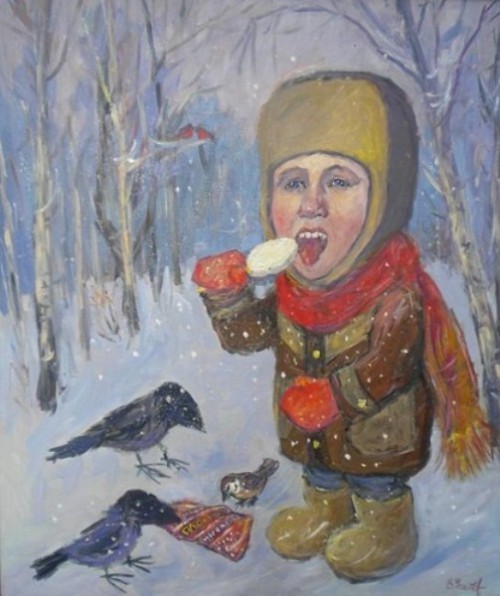 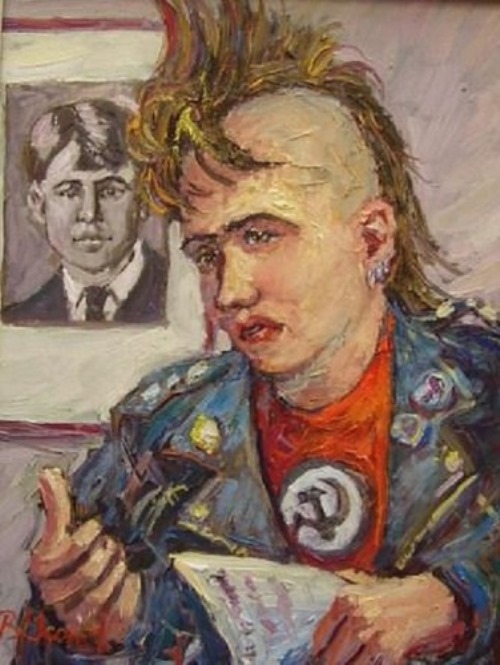 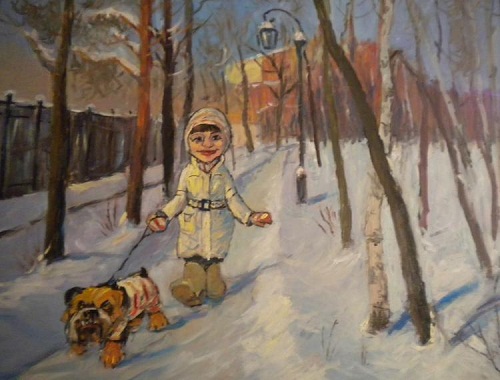 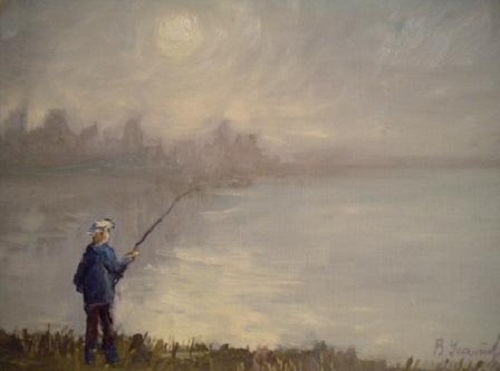 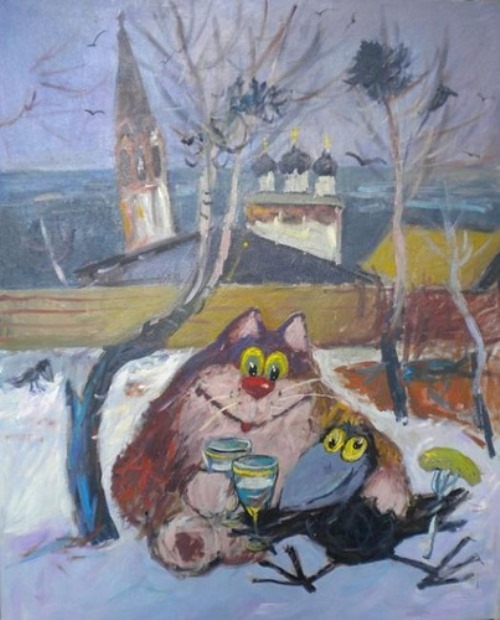 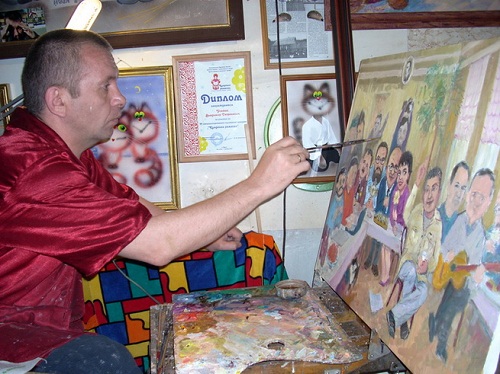 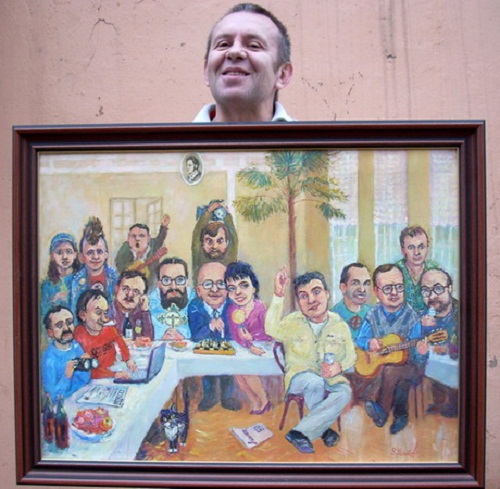