Putin. The choice was so easy to make 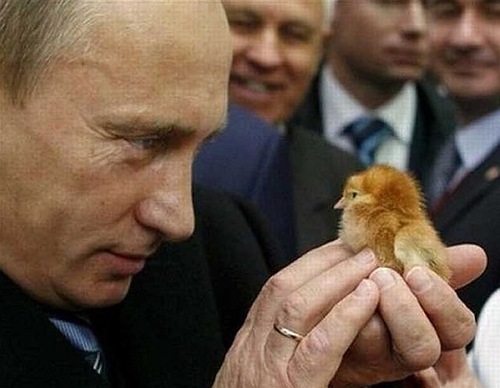 The photo, in fact, has become the inspiration for many artists. President of Russia Putin. The choice was so easy to make

Putin – The choice was so easy to make
Why I voted for Vladimir Putin. The choice was predictable, at least for me. The answer is at the bottom of this post. Vladimir Putin has admitted that some of his media adventures with wildlife were staged. However, he explained, that they were worthwhile because they drew attention to animal welfare and conservation projects. In particular, Amur Tiger, Beluga – White Whale, Polar Bear, Snow leopard, and Amur leopard. Undoubtedly, anything to do with animal welfare is GREAT. Vladimir Putin appeared with everything from tigers to whales, proving to be a man of action.

gif image of Putin with a dog

In a crushing blow to Canada’s annual seal slaughter, Russia, formerly Canada’s top commercial market for seal fur, has banned the import of all harp-seal products. After Russian Prime Minister Vladimir Putin ended his country’s seal slaughter in 2009, calling it a “bloody industry that should have been banned long ago,” Pamela Anderson led an international appeal on PETA’s behalf asking him to ban imports of seal pelts from her native country too. Now Russia, as well as Belarus and Kazakhstan, is joining the U.S., the European Union, and Mexico in refusing to support the shooting and bludgeoning of baby harp seals.

French actress and animal rights activist Brigitte Bardot has thanked Russia’s Prime Minister Vladimir Putin for introducing a ban on the trade in Greenland seal skins. The International Fund for Animal Welfare welcomed the decision by the Customs Union of Russia, Belarus and Kazakhstan to impose a ban on the import and export of seal skins. According to the Canadian government, Russia imported up to 90 percent of seal skins from Canada. A veteran animal rights activist, Bardot described the decision as “her best Christmas present”.

Chairman of the Board of Trustees of the Russian Geographical Society, Putin is actively involved in the protection of rare animals. In addition, controlling the respective programs – on the Amur tiger, polar bear, beluga white whale.

Meanwhile, in August 2008, Prime Minister Vladimir Putin visited the Ussuri reserve a hundred kilometers from Vladivostok, where put a collar with a satellite navigator on the Amur tiger. At the same time, Vladimir Putin, together with experts of Kronotsk reserve in Kamchatka took part in a scientific expedition to study the gray whale. In the summer of 2009 on the Khabarovsk Territory Putin put the collar with a transmitter satellite on beluga whale named Dasha.

In April 2010, Vladimir Putin during a trip to the Franz Josef joined the expedition of scientists to study and restore the population of polar bears in the Arctic, and put transmitter on one of the bears. And in May 2010, Vladimir Putin released from cells in the aviary of the Sochi National Park, one of the two female leopards brought from Iran.

Meanwhile, On 6 February 2012, Vladimir Zhirinovsky, the leader of the Liberal Democratic Party of Russia, released a 30-second election video on the Internet. Unfortunately, it has become a great mistake for him. It showed Zhirinovsky on a sleigh which harnessed with a black donkey. The video “Troika” appeared on the official site of the LDPR. In the video, Zhirinovsky claimed that the “little wretched donkey” is the symbol of Russia and it “got stuck” in one place the same as the donkey. After this, Zhirinovsky whipped the animal to move the sleigh across the snow-covered backyard of his dacha.

Accordingly, Animal welfare and rights organizations (such as People for the Ethical Treatment of Animals and World Society for the Protection of Animals) accused Zhirinovsky of cruelty to animals. Besides, Zhirinovsky was accused of disdain towards the people of Russia.

Putin. The choice was so easy to make 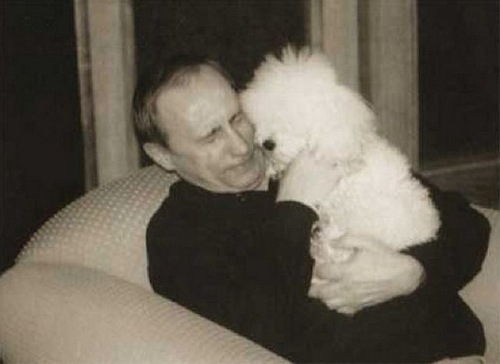 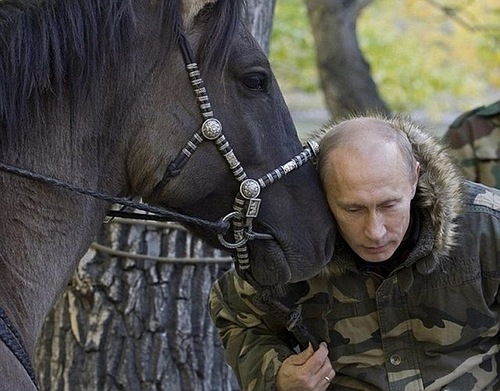 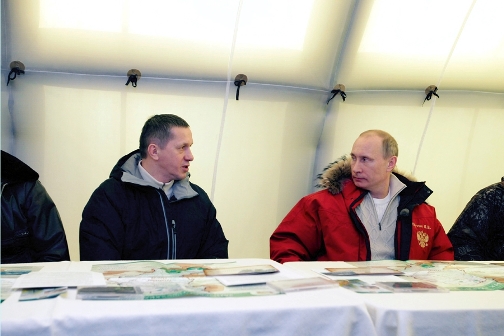 On his way to Sakhalin in Khakassia, Putin introduced a program on studying the snow leopard 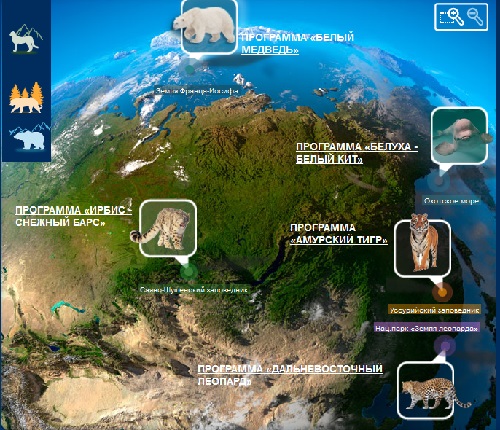 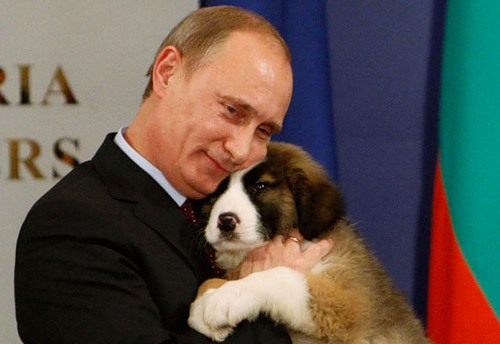 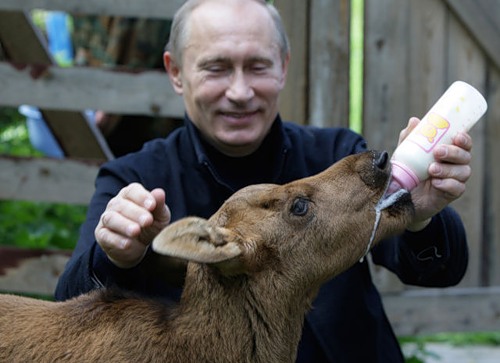 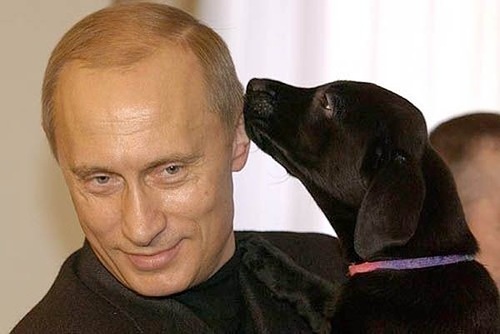 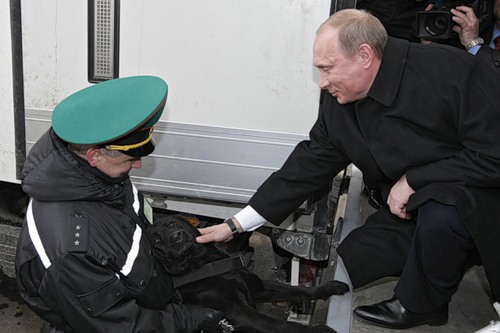 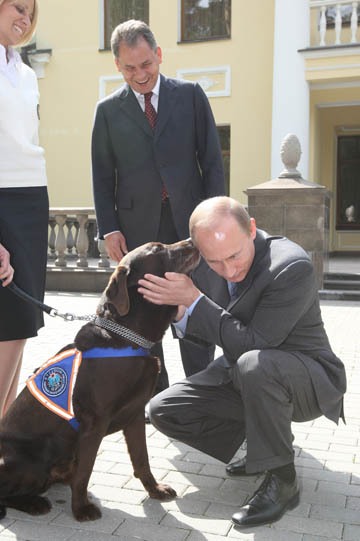 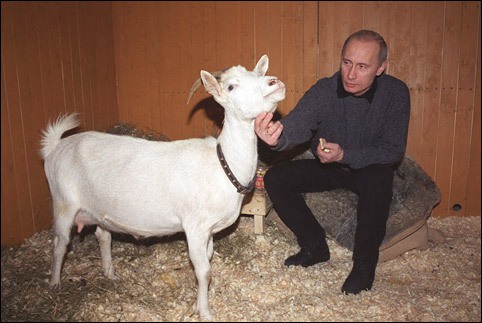 A goat and Vladimir Putin 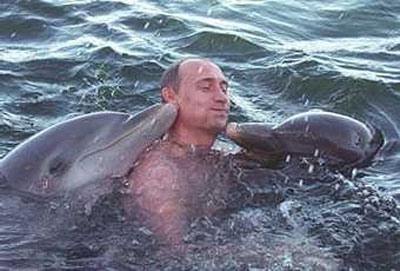 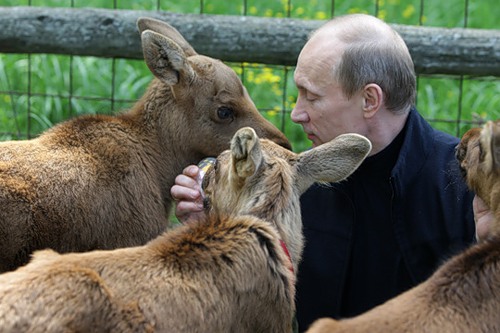 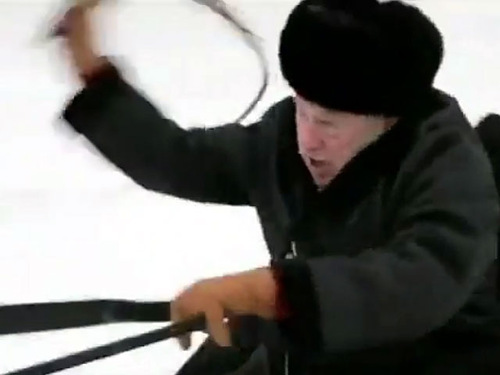 Zhirinovsky, the leader of the Liberal Democratic Party 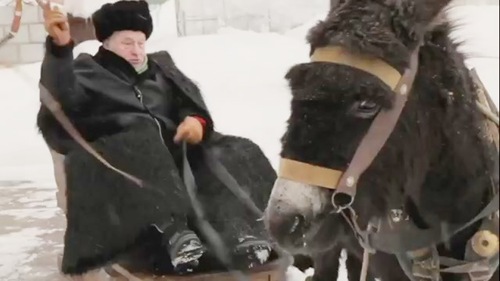 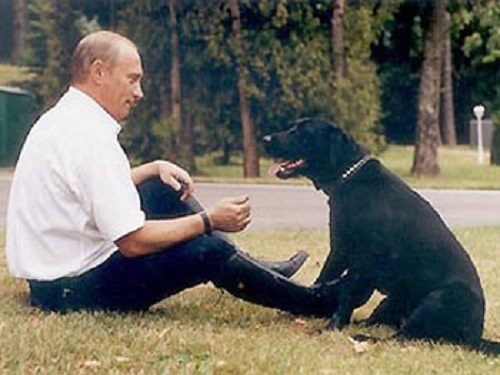 The choice was so easy to make