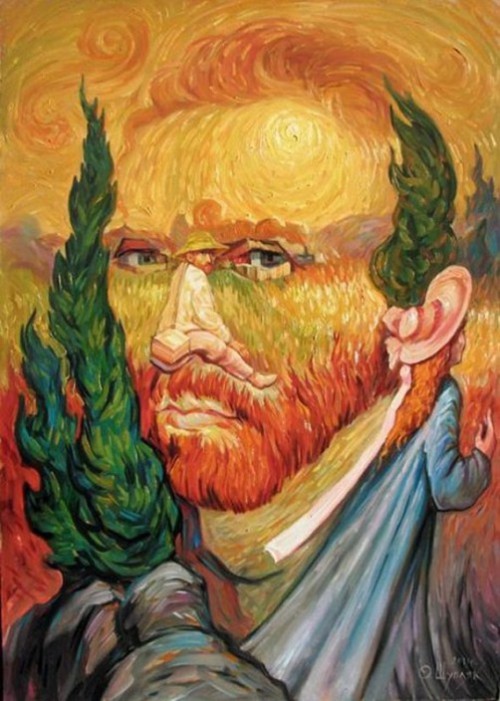 Oleg Shuplyak optical illusion Paintings
Ukrainian artist Oleg Shuplyak is well known because of his illusory oil paintings. Through carefully placed objects, characters, coloring and shadows, there is a second image in his surreal world of painting which creates an optical illusion. Van Gogh, Sigmund Freud and Salvador Dali…Go through the gallery below and see how many of them you can recognize.
Born September 23, 1967 in a village of Bishche of Ternopol region, Oleg Ilyich Shuplyak is a talented painter and teacher. Besides, he is a Member of the Union of Artists (2000). He graduated from the Department of Architecture of Lvov Polytechnic Institute in 1991. From 1997-2001 worked as a teacher of fine arts in his native village. From 2000 he was a teacher of drawing and painting at Berezhany children’s art school. Besides school work he was engaged in easel painting, restoration, church painting. Since 1990 he has become a member of national and international exhibitions, personal – in Nottingham (1993, UK), Bershad (2004), National Museum of Taras Shevchenko (Kiev) 2012. 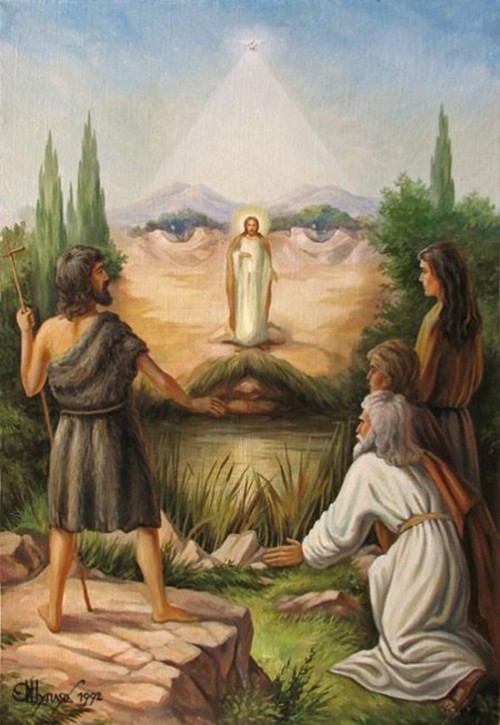 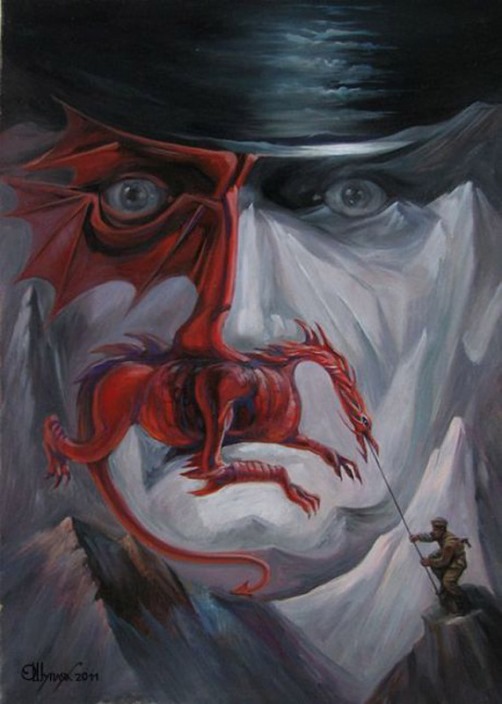 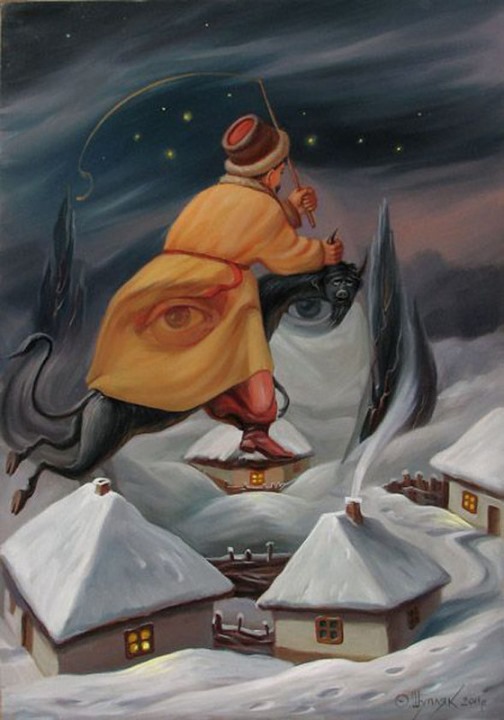 Flight of Vakula (from Gogol) and portrait of Nikolay Gogol 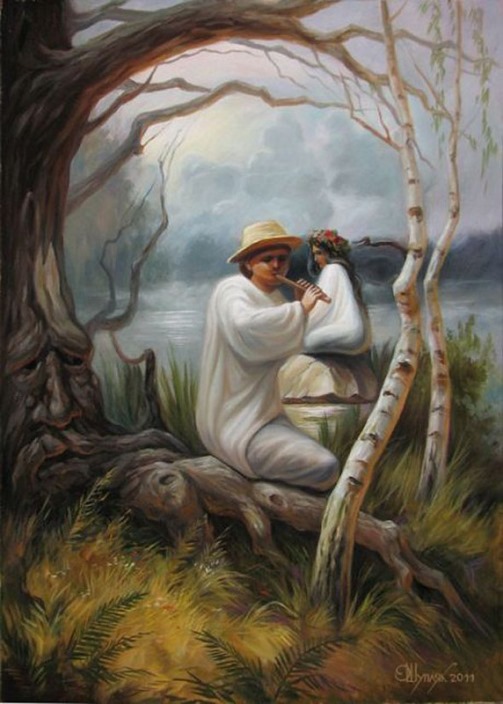 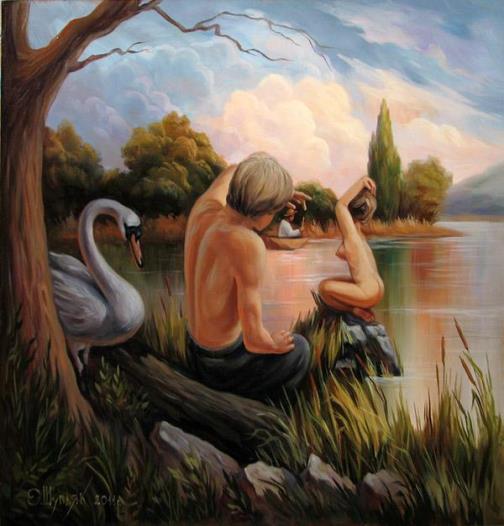 Freud Peeper and landscape with swimmers 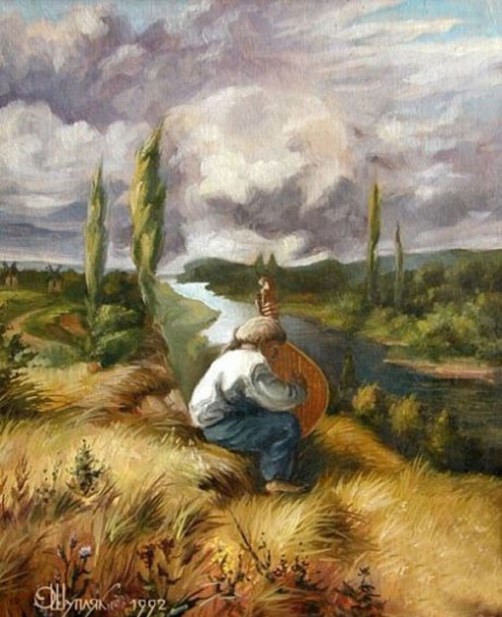 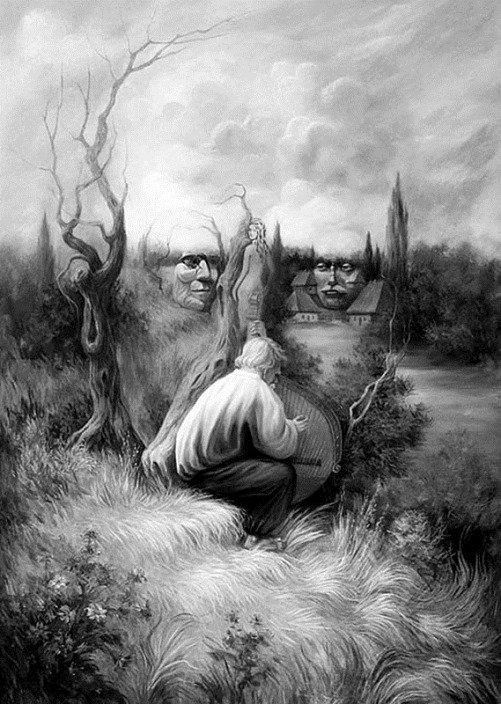 In fact, here are three portraits and three various paintings combined in one. Oleg Shuplyak 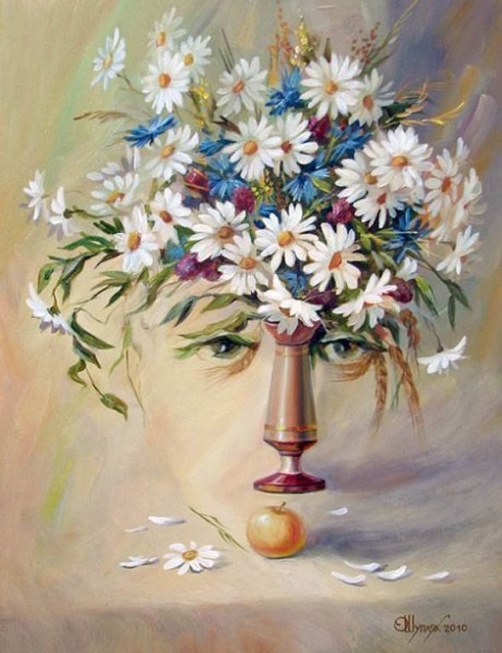 A vase of flowers and a portrait. Oleg Shuplyak’s optical illusion Paintings 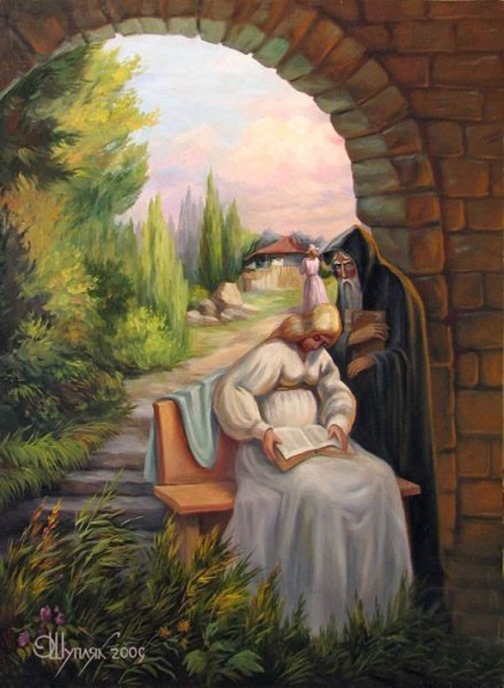 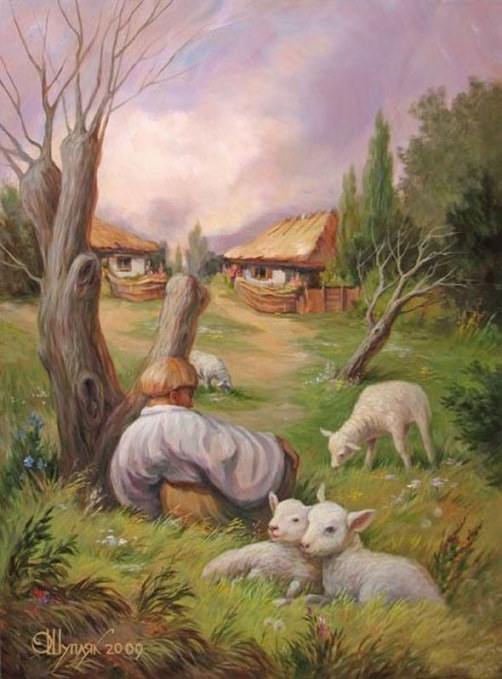 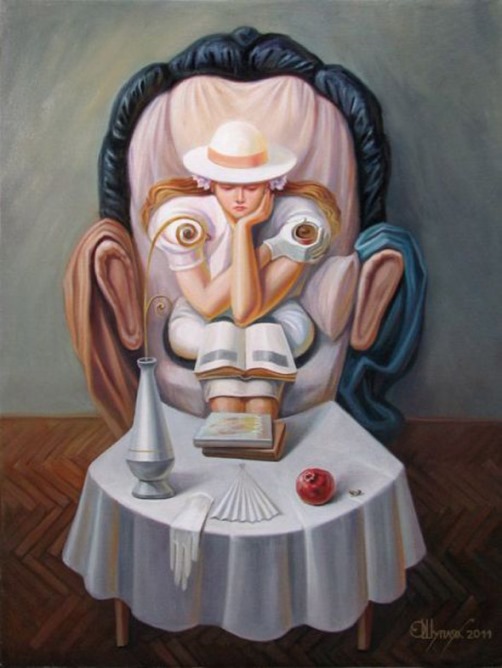 A girl rading a book and portrait of Dali 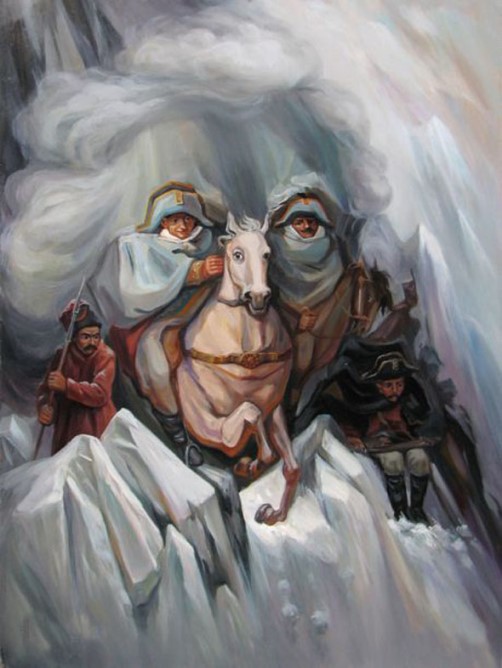 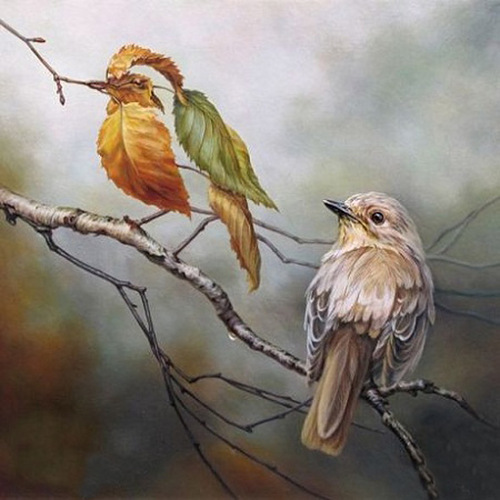 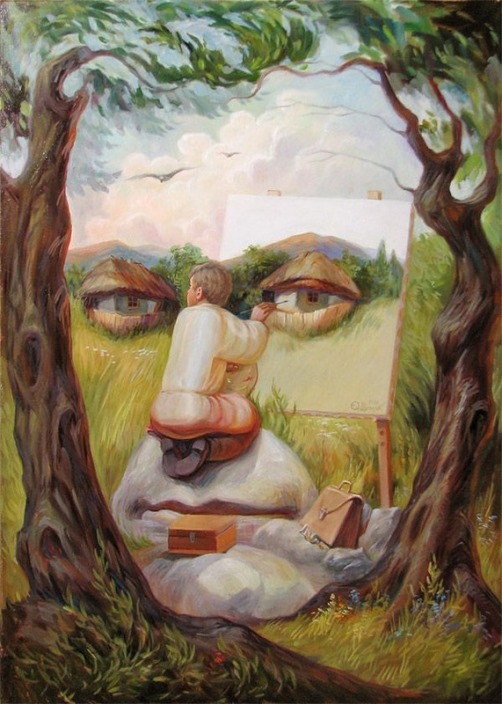