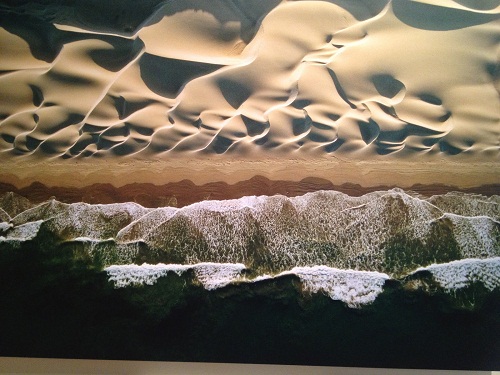 Photography of deserts by George Steinmetz
Salt water pools look like a mosaic on the surface of the desert. Water from shallow wells is mixed with the salty soil, resulting in a suspension. Colors and shades depend on the color of dirt, algae and salt. National Geographic photographer George Steinmetz flew on a motorized paraglider over the deserts around the world, from China to Africa and Antarctica, and made beautiful shots. With an extensive background in geophysics, American photographer Steinmetz uses his photos to educate about the geographic features of deserts. All of his pieces are completely breathtaking. 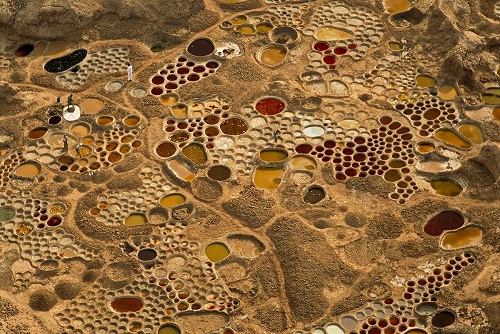 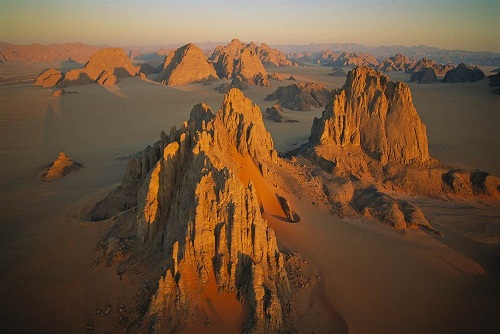 Upland sandstone way through orange dunes in the Tibesti region, a few kilometers from the border with Libya. Orange sand formed by the erosion of the Nubian sandstone. 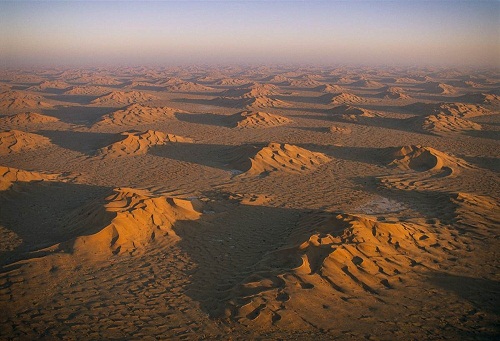 Rub al-Khali, Oman. Water from time to time get out of the mountains and is dissolved in the sand. Bedouins still graze their camels here 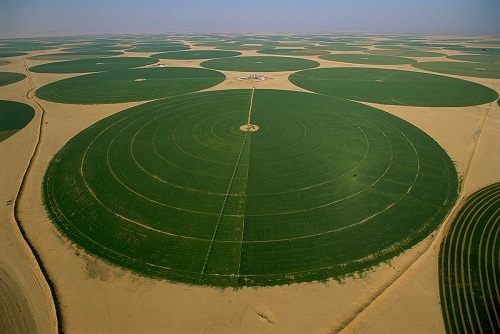 Growing alfalfa for animal feed in the irrigated lands in the desert on the edge of the Wadi al-Davasir. Each circle is almost a kilometer in diameter. Water and fertilizers are sprayed to make the earth a little more fertile. The water comes from a well depth of 100-200 meters, where it has accumulated from rainfall hundreds or even thousands of years ago. 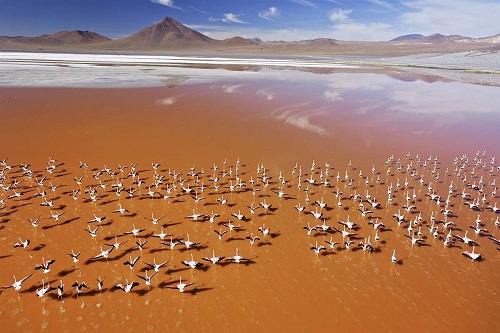 Laguna Colorado, Bolivia. A flock of rare flamingos on lake in Bolivia, which is located at an altitude of 4260 meters in the Andes. The water is colored red from algae that flourished through the nutrients contained in the hot springs. On the lake there are several small islands of the Boers, and the largest population of flamingos from all reservoirs of desert Altiplano. It is home to three species of flamingos: Andean, Chilean and James flamingos. 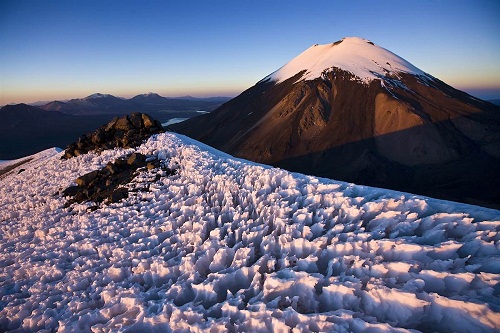 Ice of such an unusual shape is formed mainly in the high deserts of the Andes and the Himalayas at an altitude of 6000 meters. Its formation is caused by a combination of processes of melting and sublimation, evaporation, ice without an intermediate phase of water. The images show the volcano Parinacota at an altitude 6342 meters. Its elevation above the permanent snow has accelerated over the past decade due to rapid climate change. To the left of the volcano Parinacota – Pomerape. 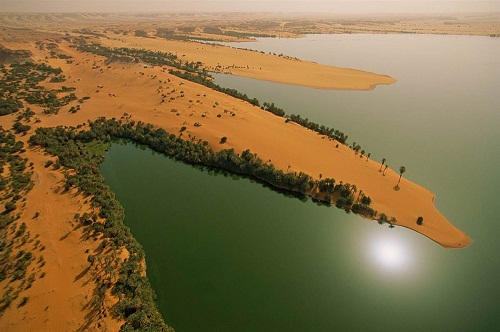 Small huts are scattered on the sandy peninsula of Lake Unianga – Kebir, also known as Joa, in northern Chad. People are living right under the date palms. Fresh water is accumulated from rainfall 5,000 years ago, when the Sahara was wet place, and stored in large Nubian sandstone aquifer, which lies in the Central Sahara. 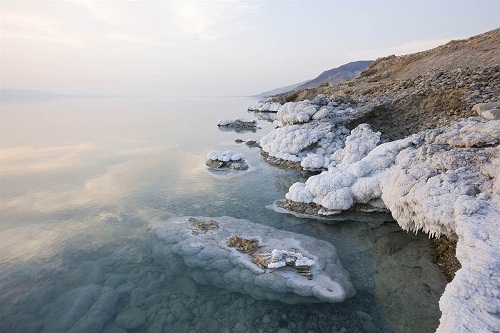 The Dead Sea is not only one of the most saline water on the planet, but also the lowest point on Earth’s surface. On the Jordanian shores of the Dead Sea as a result of waves was formed a thick layer of salt crystals and stalactites. 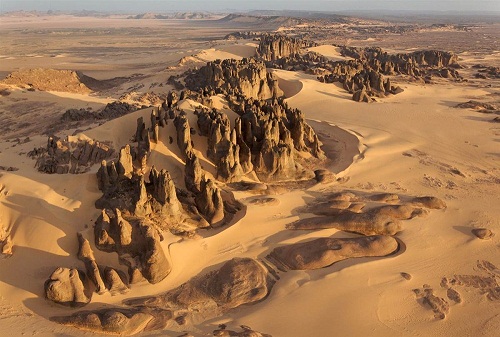 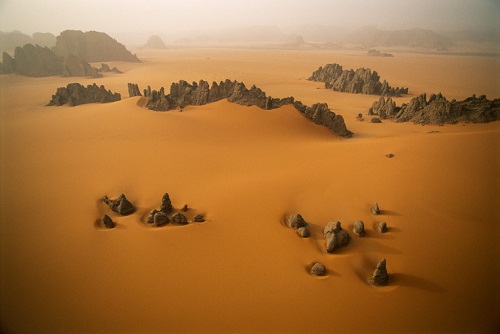 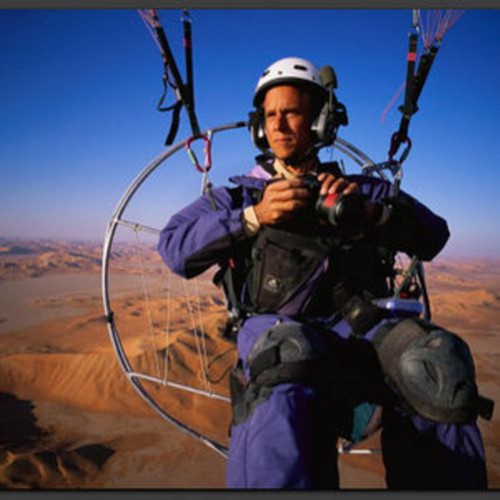