Rice fields in China and Japan 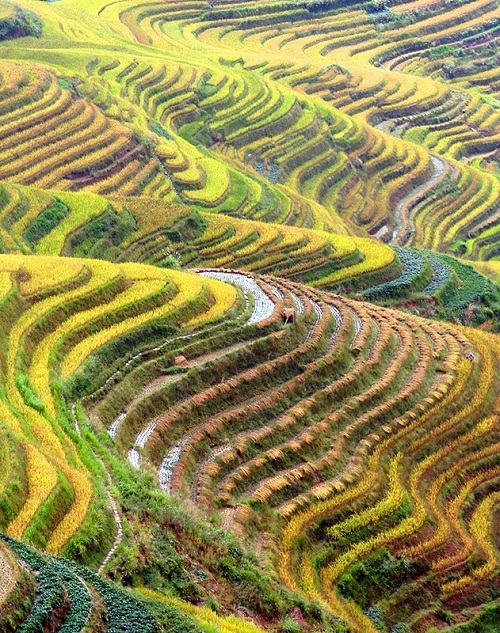 These picturesque terraces are Rice fields in China and Japan, where rice cultivation is hilly or mountainous terrain. Terraces of rice fields are widspread in the east, south and south-east Asia, and in countries such as China, Japan, and the Philippines. Meanwhile, The Filipinos Rice Terraces are commonly referred to as the “Eighth Wonder of the World”. Located approximately 1500 meters above sea level, the terraces cover 10,360 square kilometers of mountainside. Besides, an ancient irrigation system from the rain forests above the terraces feed them. By the way, if to “unfold” the steps, they will encircle half the globe. However, terraced farming is also popular throughout the Mediterranean basin, as well as in some parts of Africa. In particular vineyards, olive trees, cork oak, etc. In addition, in the Andes, farmers have used terraces for over a thousand years for the cultivation of potatoes, corn and other indigenous cultures. 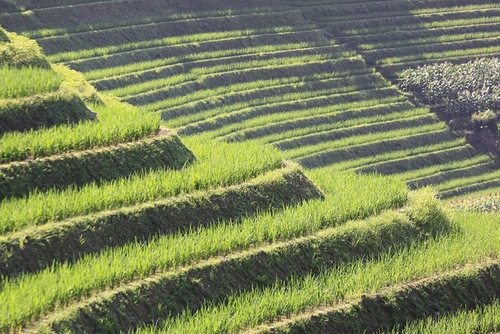 In agriculture, a terrace is a piece of sloped plane that has been cut into a series of successively receding flat surfaces or platforms, which resemble steps, for the purposes of more effective farming. This type of landscaping, therefore, called terracing and commonly used farm on hilly or mountainous terrain. Noteworthy, terraced fields both decrease erosion and surface runoff, and may be used to support growing crops that require irrigation, such as rice. The rice terraces of the Philippine Cordilleras have been designated as UNESCO World Heritage Site because of the significance of this technique.

Meanwhile, Terraced paddy fields are used widely in rice, wheat and barley farming in east, south, and southeast Asia, as well as other places. Drier-climate terrace farming is common throughout the Mediterranean Basin, e.g., in Cadaqués, Catalonia, where they were used for vineyards, olive trees, cork oak, etc., on Mallorca, or in Cinque Terre, Italy.

Rice fields in China and Japan 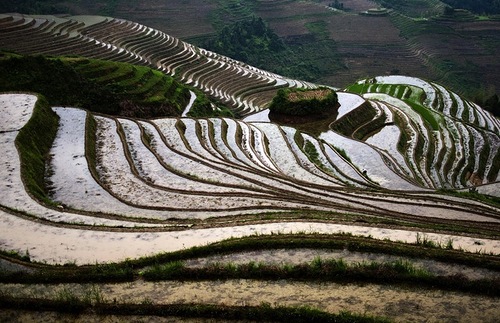 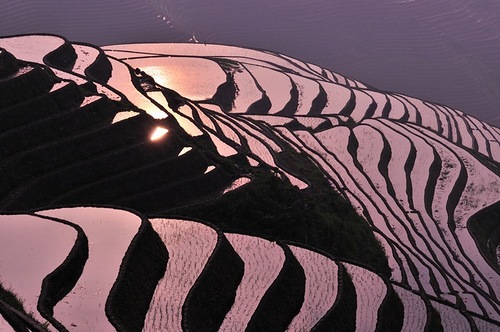 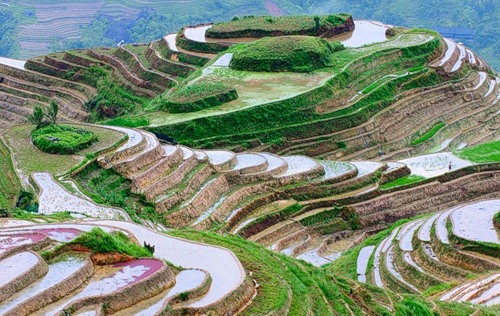 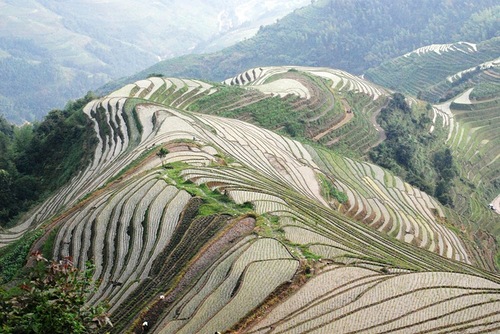 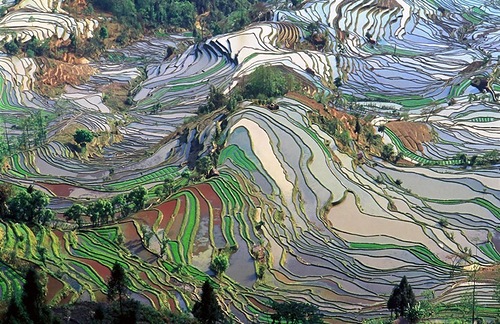 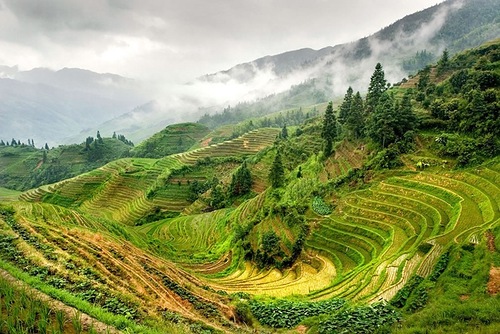 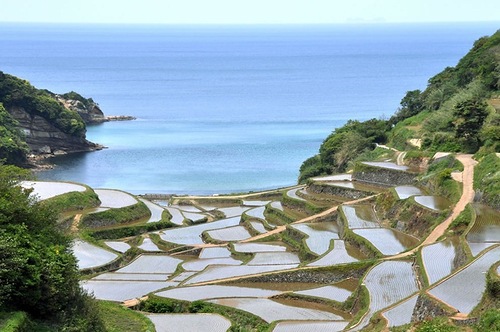 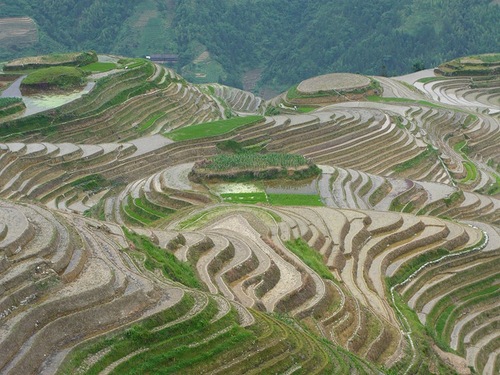 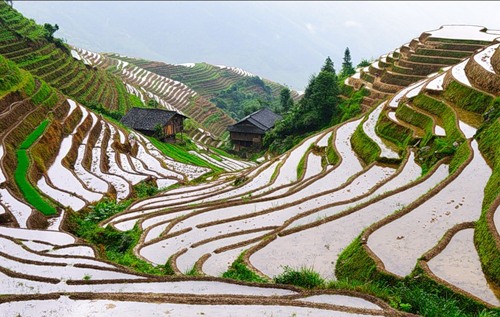 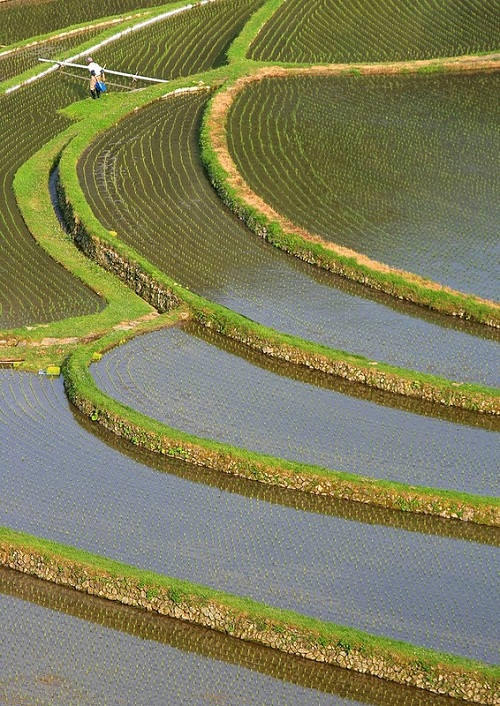 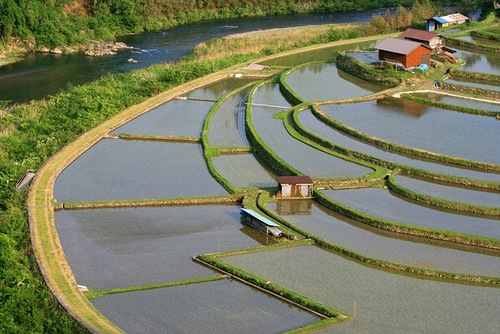 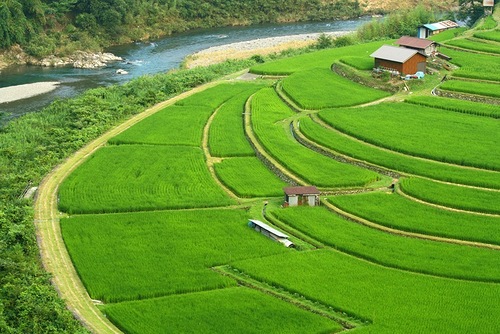