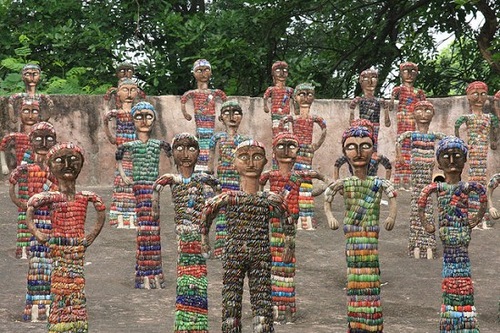 Nek Chand Rock Garden
The Rock Garden of Chandigarh is a 40-acre park full of plazas, waterfalls and thousands of unique creatures made from recycled materials. It’s a truly impressive sight, but even more so is the story of how Nek Chand spent four decades creating it and how he kept it a secret, for years.
In 1965, after putting together an impressive collection of waste from the destroyed villages, Nek Chand began dreaming of a fairy tale kingdom of his own. At the end of each work day, he would disappear into the forest and tend to his vision, at the light of burning tires.
Nek was afraid this dream of his would cost him his job, since it was very much an illegal project. However, this didn’t stop him from expanding the Rock Garden with each passing day. Shards of broken pots and bottles, brick fragments and natural stones, these were the main ingredients used to create a unique world, inhabited by marvelous creatures. 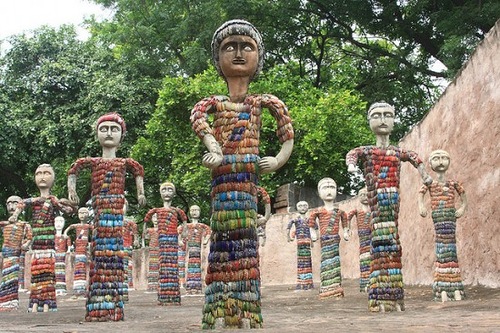 Tourist attraction – The Rock Garden of Chandigarh in India

The Rock Garden’s creator worked under threat of imprisonment and the demolition of the project, for 18 years. Fortunately, it all paid off, in the end. Ever since he first started working on it, recycling was a very important part. And after the opening the Rock Garden in 1976, it became even more important. So, Nek set up waste collection centers across Chandigarh, at hospitals, hotels, restaurants and other big waste suppliers. He kept working on it, until just a few years ago.

“Nature has created the form, not me.
Unlike the ‘trained’ fine artist who is fussy
about anatomical and technical details,
I make a quick job of the thing…”
—Nek Chand.

Today, an estimated 5,000 people from all around India and abroad come to see Nek Chand’s Rock Garden, every day. It practically went from being a secret, unauthorized fantasy, to India’s second most popular tourist attraction, after the Taj Mahal. 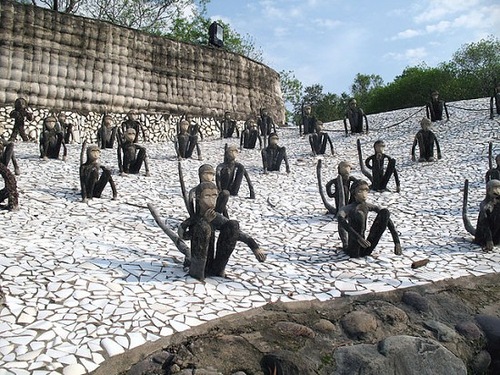 Monkey sculptures in The Rock Garden of Chandigarh in India 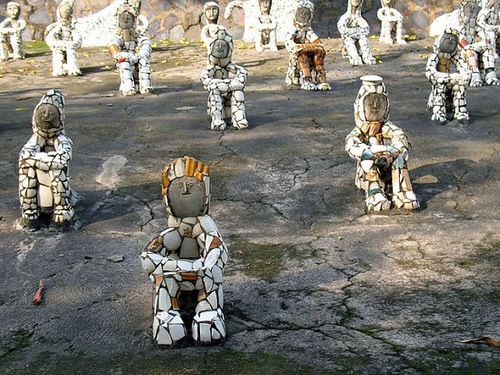 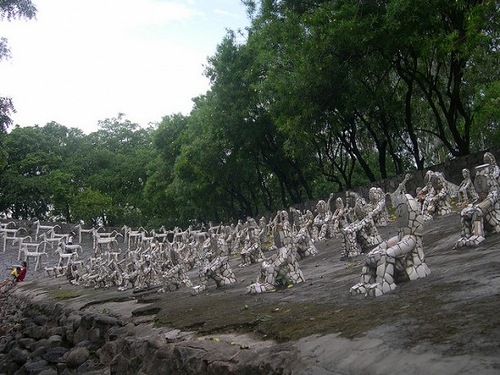 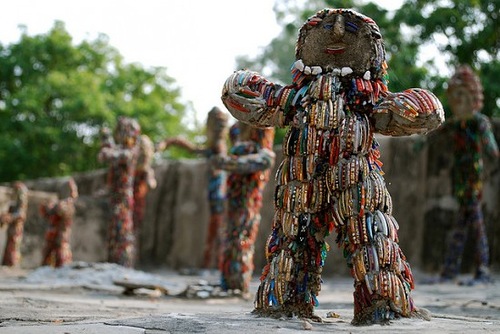 Made of wastes sculptures. The Rock Garden of Chandigarh in India 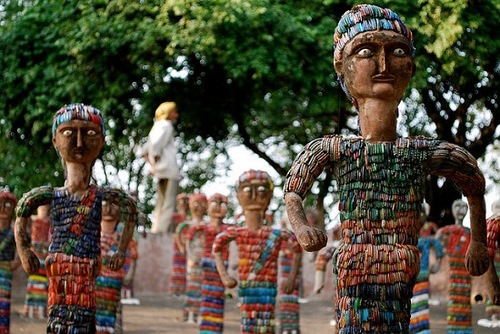 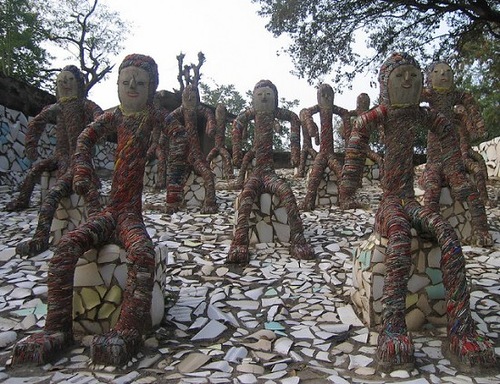 The Rock Garden of Chandigarh in India