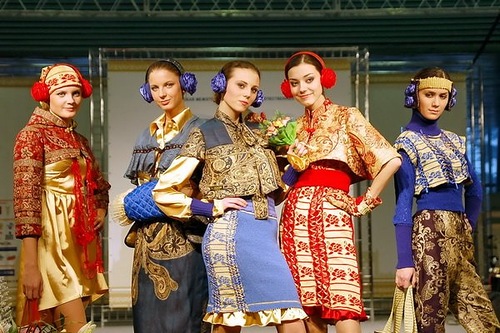 Russian folk costume
Designed to empathize Russian woman’s inner dignity and emotional restraint, Russian costumes are not only beautiful, they are also convenient in wearing. Because the first rule of this costume – to feel free, without restricting freedom of movement. And the variety of colors for traditional costume displays love for beauty and ethnic diversity. Meanwhile, the Russian word “beautiful” (krasivyi) comes from the word “krasny”, the Russian for “red”.
In particular, ethnic Russian clothes include kaftan, kosovorotka and ushanka for men, sarafan and kokoshnik for women. Traditionally, Sarafan is a long, trapeze-shaped jumper dress (pinafore) worn as Russian folk costume by women and girls. Mentioned in the chronicles in 1376, it is still a favorite piece of clothing of the 21st century woman. Accordingly, still designed and worn today as a summer-time light dress.
However, for some time Russian women from the upper and middle classes stopped wearing traditional Russian costume. It was in the 18th century, during Peter the Great’s modernization of Russia, apart from the kokoshniks as part a court dress.
Traditionally, folk costume is a must-have outfit for performing Russian folk songs and folk dancing. 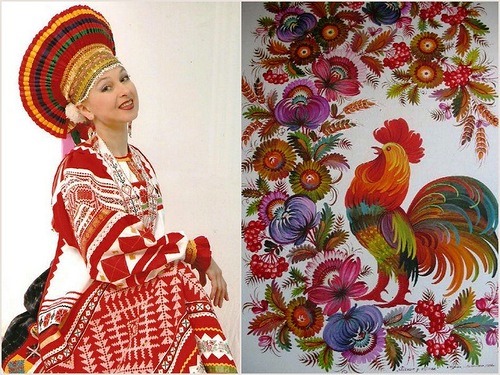 In fact, Russian costumes differ a lot from each other. Besides, each province had its own traditional costume. For example, black embroidery was traditional for the Belgorod Region (southern Russia), whereas costumes of peasant women in the Ryazan Region (central Russia) were embroidered mostly with red. The Cossacks of Southern Russia have a separate brand of culture within ethnic Russian, their clothes including burka and papakha, which they share with the peoples of the Northern Caucasus.

Noteworthy, the Russian national costume excluded black. It means that it isn’t suitable for us genetically. Our ancestors avoided it intuitively (they were wiser than we are). By the way, all the crisis situations in Russia, people dressed in drab clothes. And the past years of the black fashion have not brought prosperity and welfare to Russia. However, black matches the mild climate of Spain and Italy where a revel of southern colors conquers its darkness (gloom, blackness). The climate in the central and north-eastern part of Russia is rather hard. The hues of nature are pretty calm in comparison with the south. The black in Russia seems even gloomier, and carries more negative information. 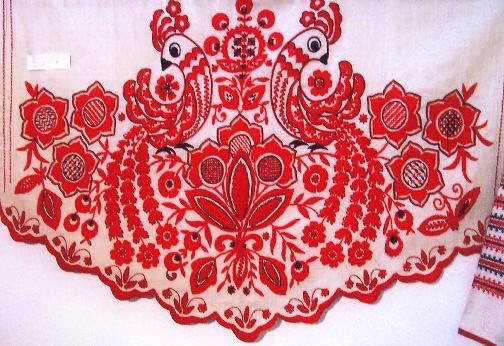 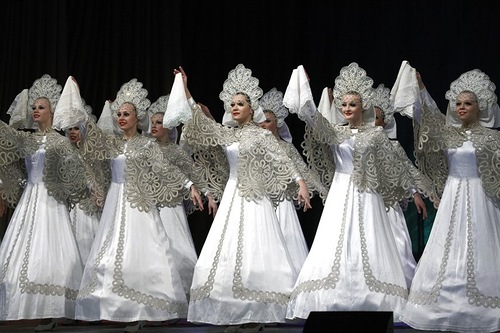 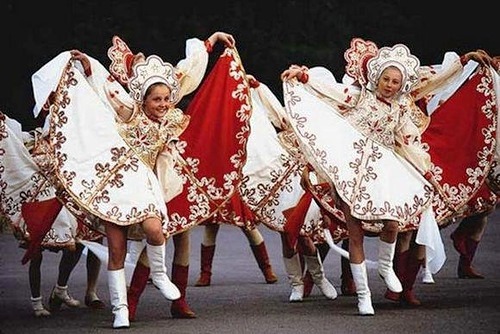 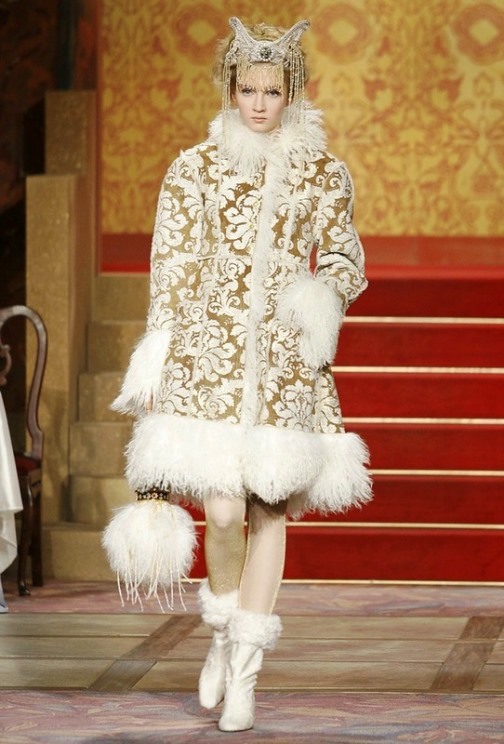 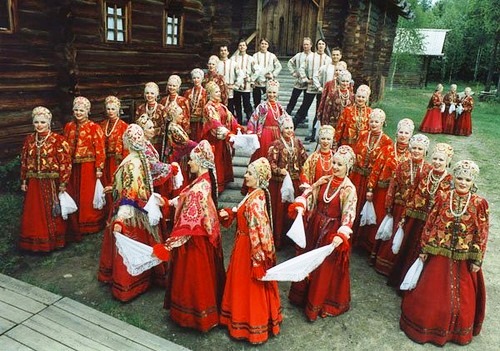 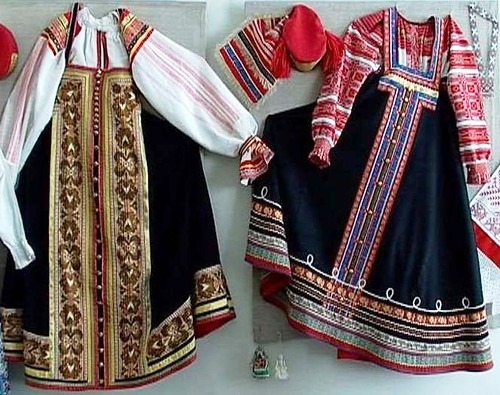 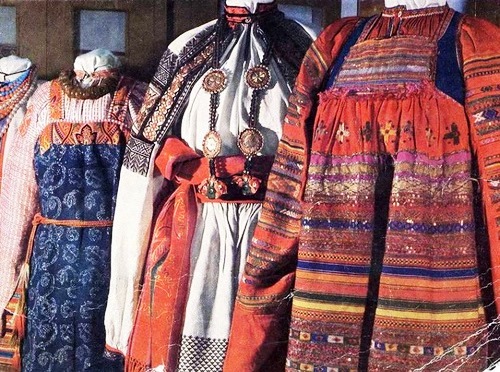 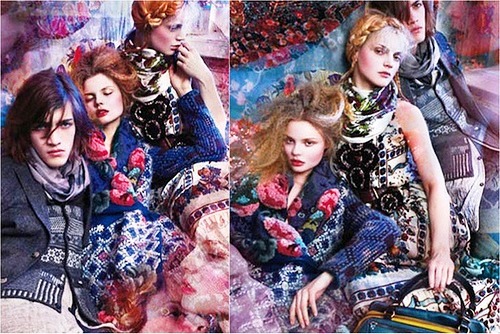 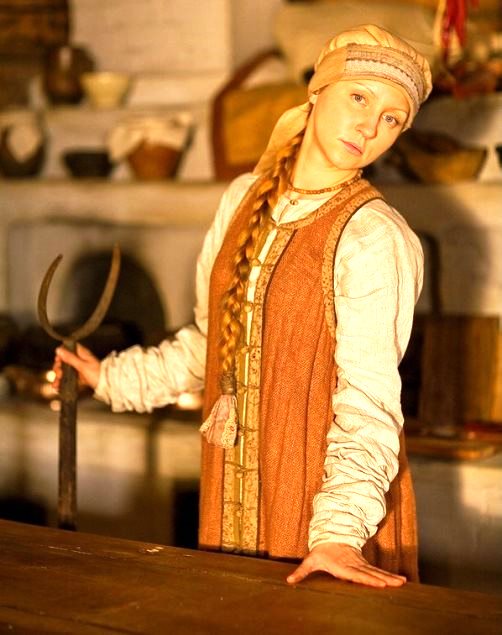 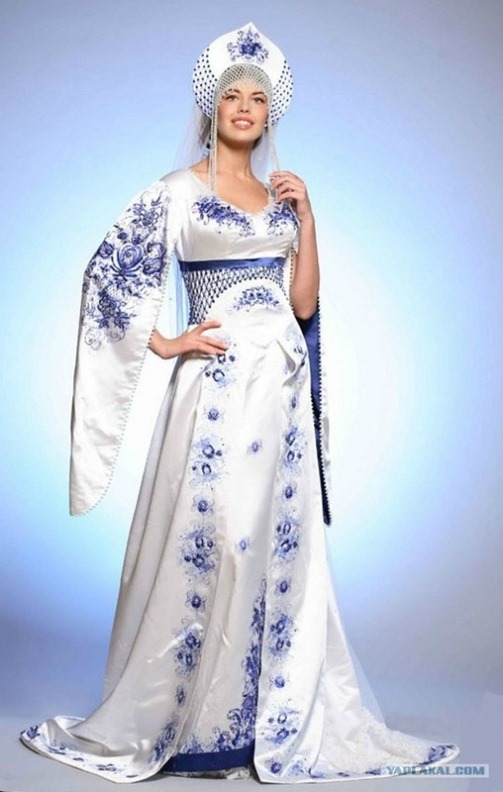 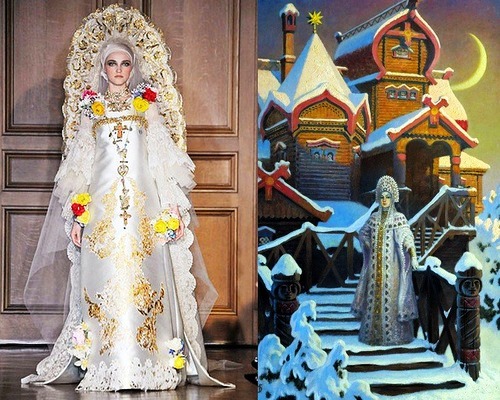 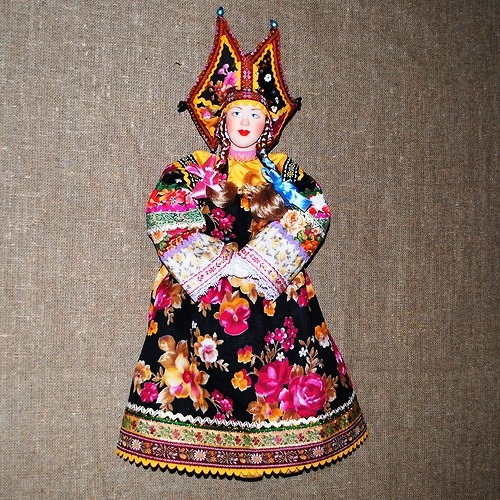 Doll in a national costume 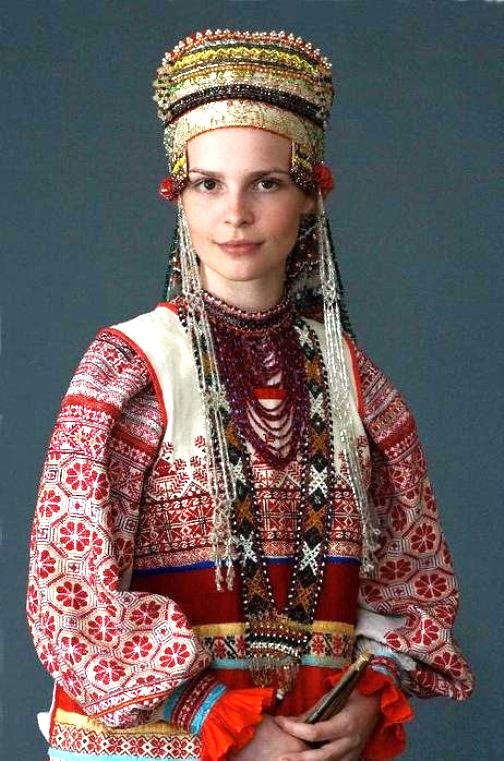 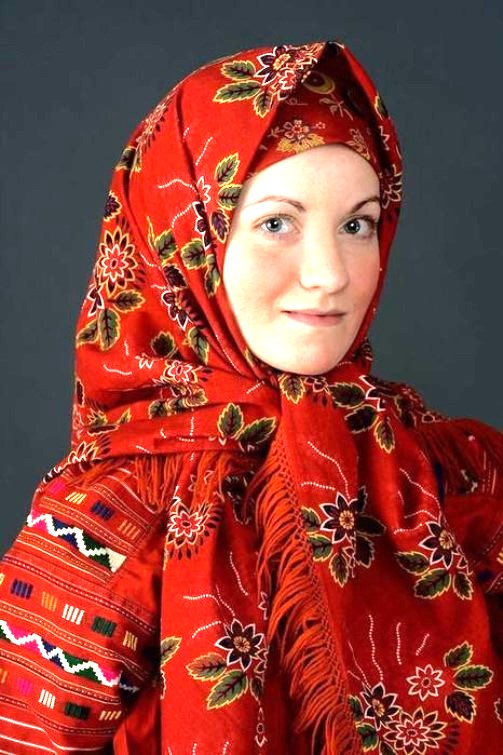 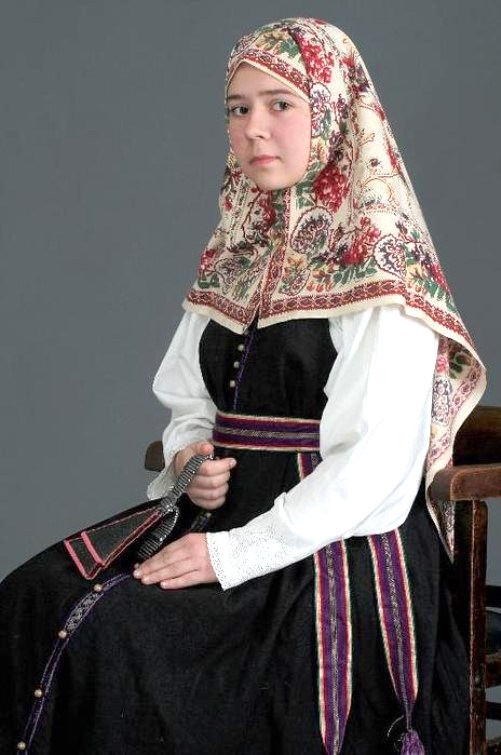 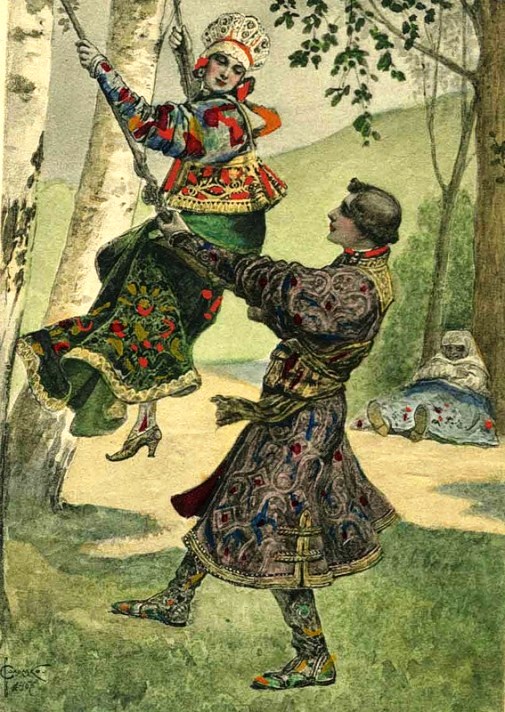 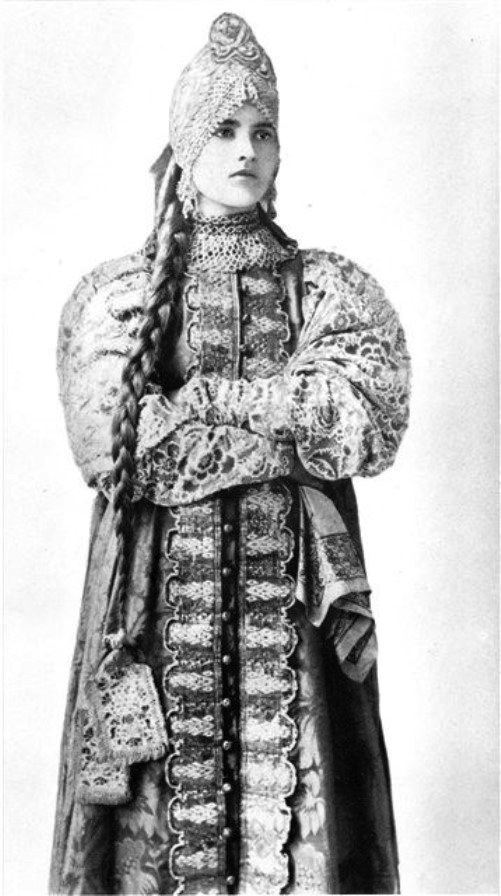 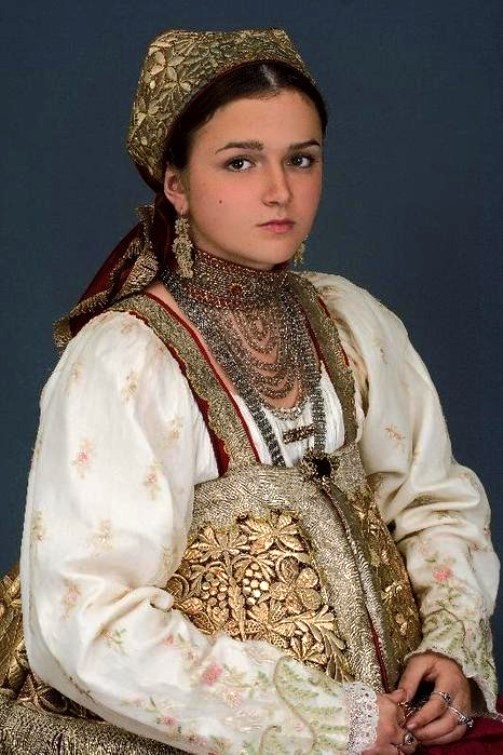 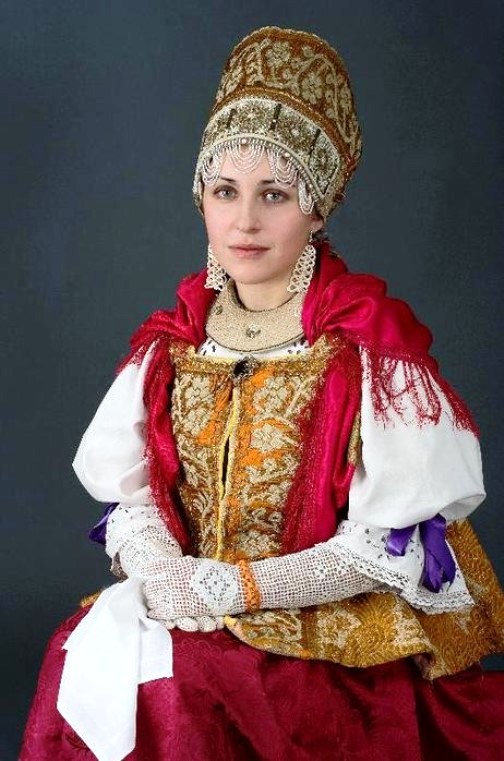 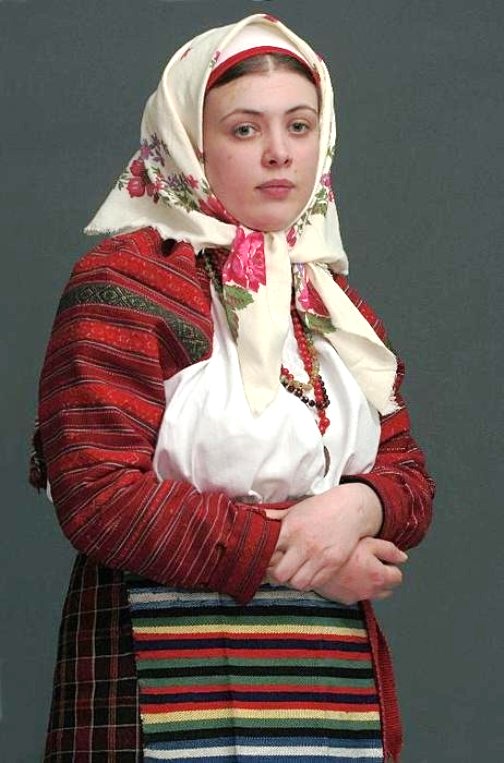 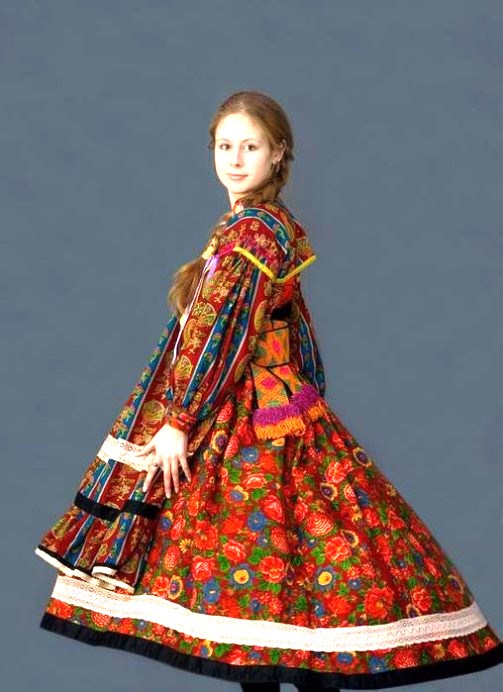 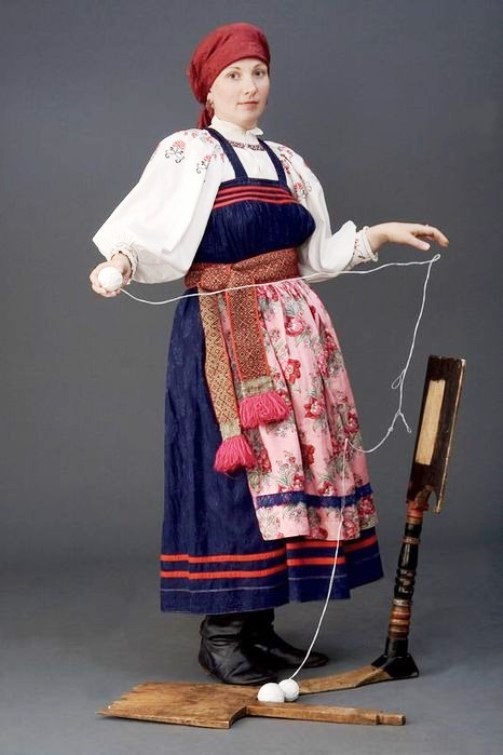 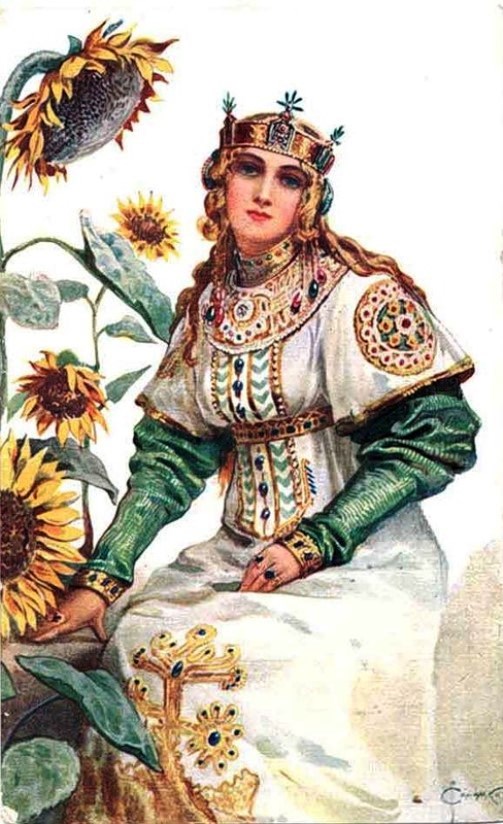