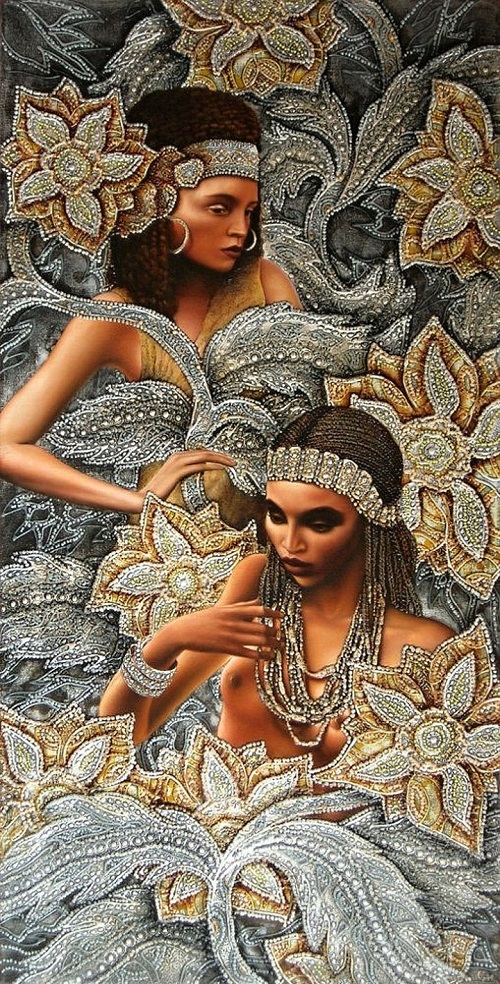 Russian Realist painter Sergey Kustarev
Talented artist Sergey Kustarev was born in Bryansk in 1973. In 1993 he graduated from the Bryansk Art College. From 1994 to 1999 has been a volunteer at the Art and Industrial Academy named after Mukhina. The artist works in the author’s original technique. His technique – realistic paintings in interior decoration, simulating metal. Since 2002 member of the Union of Artists. His works are in private collections in Russia and abroad. All the world’s a stage… remember these words by William Shakespeare, they perfectly match this beautiful gallery. 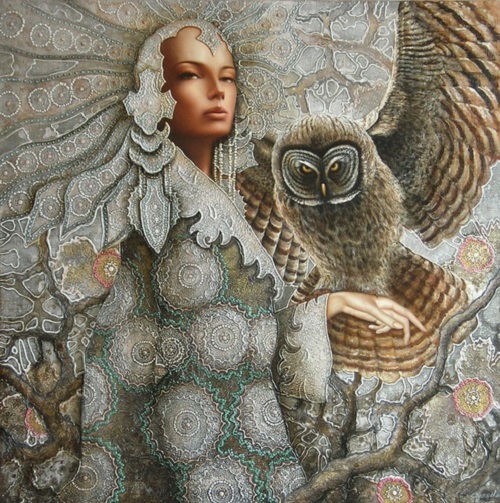 A woman and an owl. Painting by Russian artist Sergey Kustarev

And now, one the most quoted poems by Shakespeare, which matches these beautiful paintings.

All the world’s a stage,
And all the men and women merely players:
They have their exits and their entrances;
And one man in his time plays many parts,
His acts being seven ages. At first, the infant,
Mewling and puking in the nurse’s arms.
And then the whining school-boy, with his satchel
And shining morning face, creeping like snail
Unwillingly to school. And then the lover,
Sighing like furnace, with a woeful ballad
Made to his mistress’ eyebrow. Then a soldier,
Full of strange oaths and bearded like the pard,
Jealous in honour, sudden and quick in quarrel,
Seeking the bubble reputation
Even in the cannon’s mouth. And then the justice,
In fair round belly with good capon lined,
With eyes severe and beard of formal cut,
Full of wise saws and modern instances;
And so he plays his part. The sixth age shifts
Into the lean and slipper’d pantaloon,
With spectacles on nose and pouch on side,
His youthful hose, well saved, a world too wide
For his shrunk shank; and his big manly voice,
Turning again toward childish treble, pipes
And whistles in his sound. Last scene of all,
That ends this strange eventful history,
Is second childishness and mere oblivion,
Sans teeth, sans eyes, sans taste, sans everything. 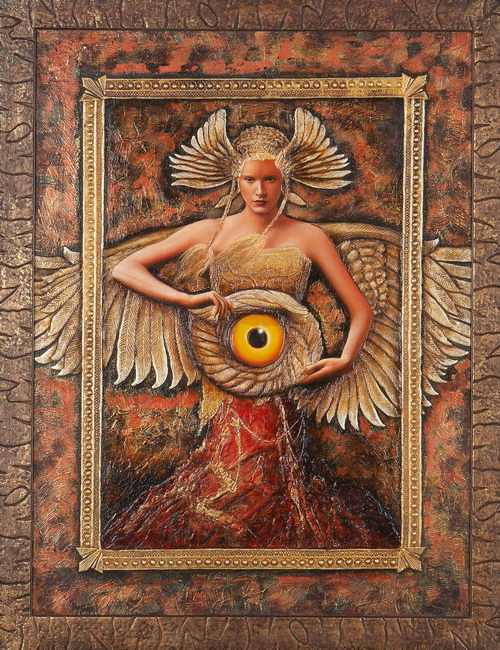 Winged woman with a glass mascot 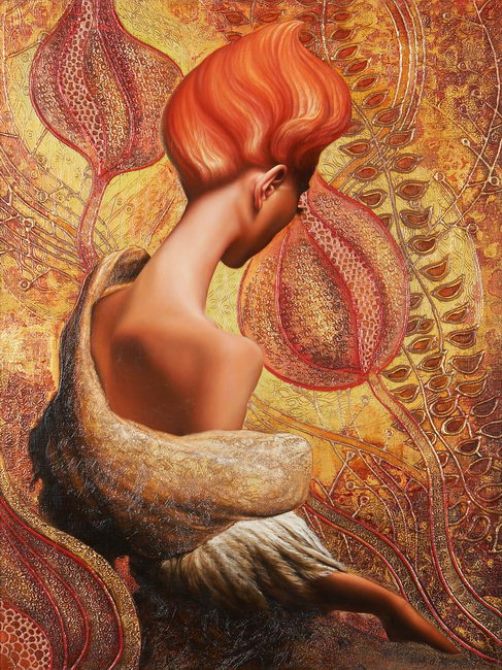 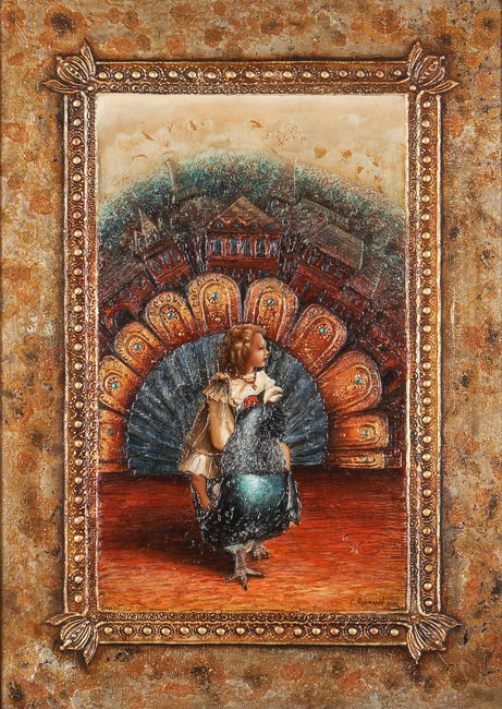 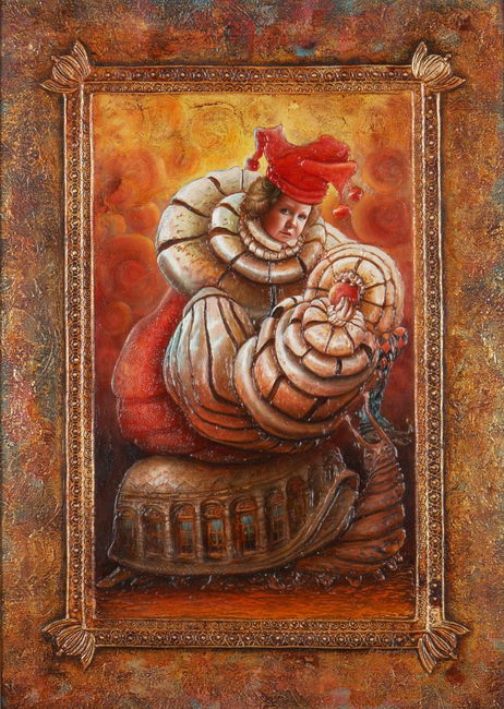 A jester and a snail 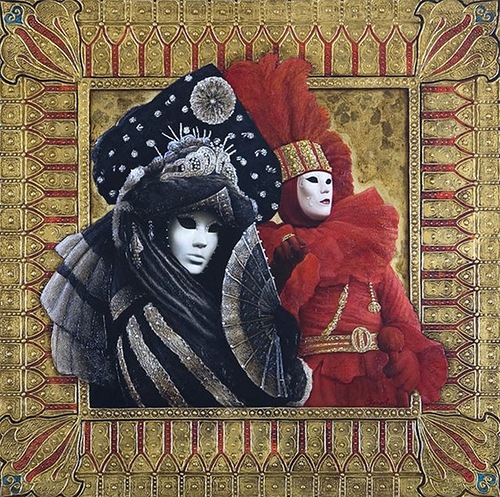 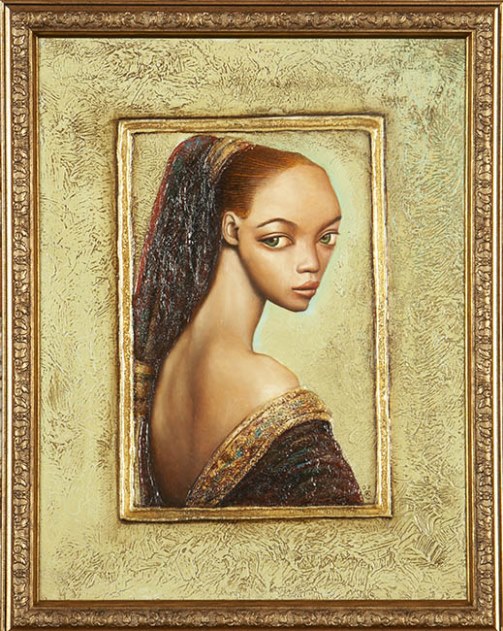 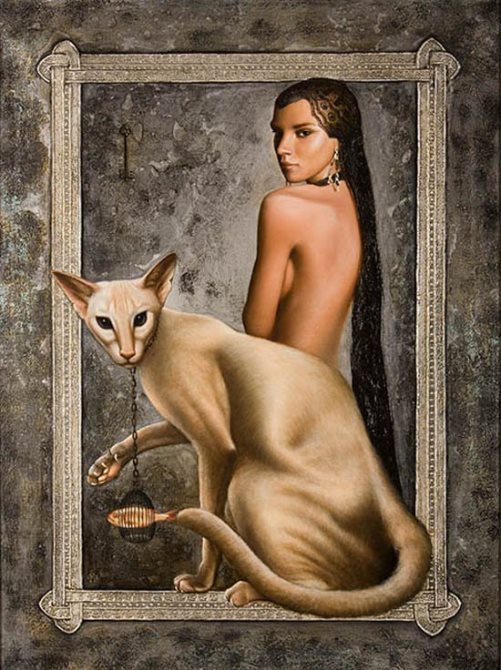 A girl and a Sphynx cat 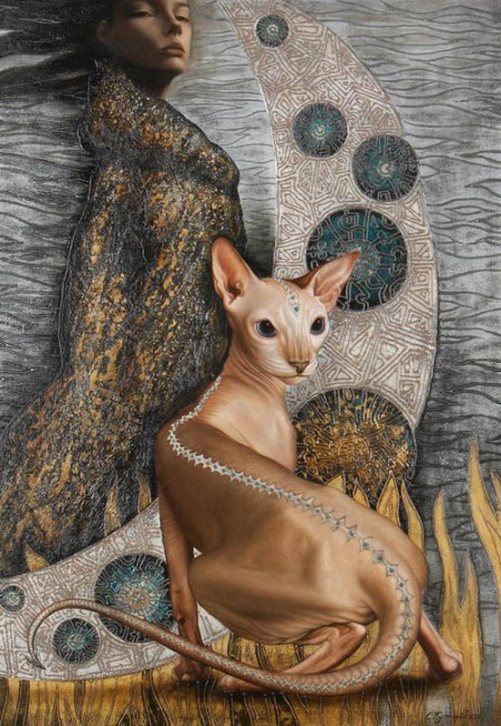 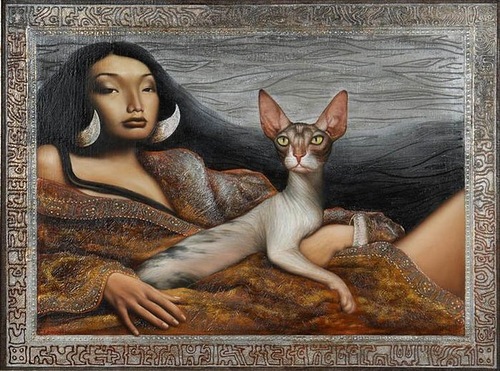 A lady with a cat 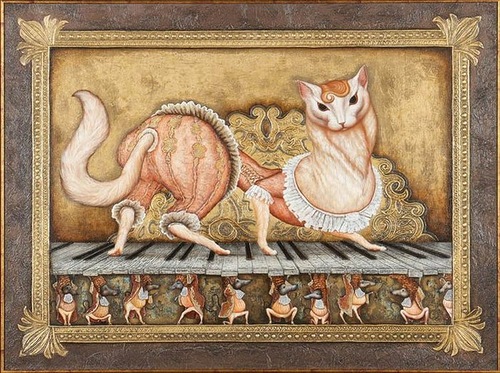 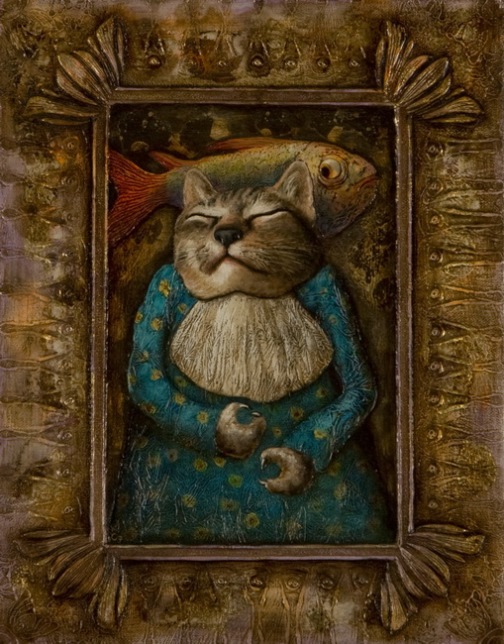 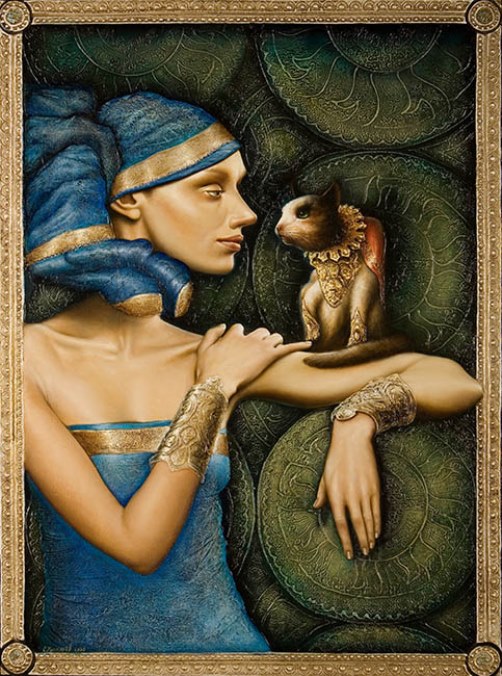 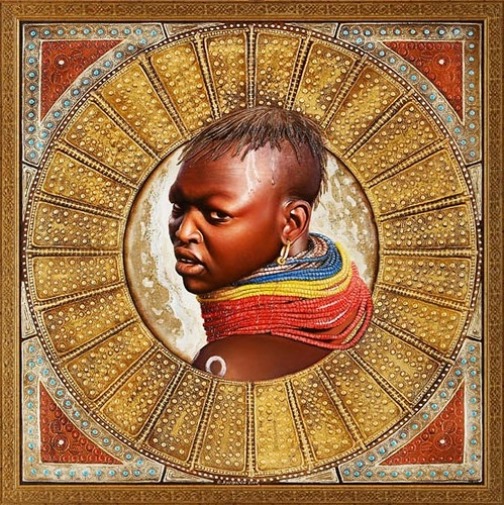 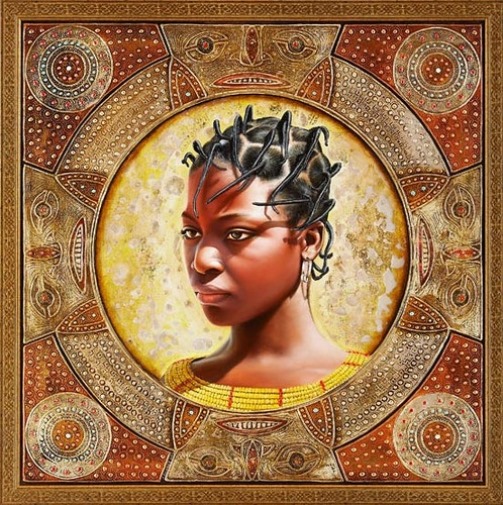 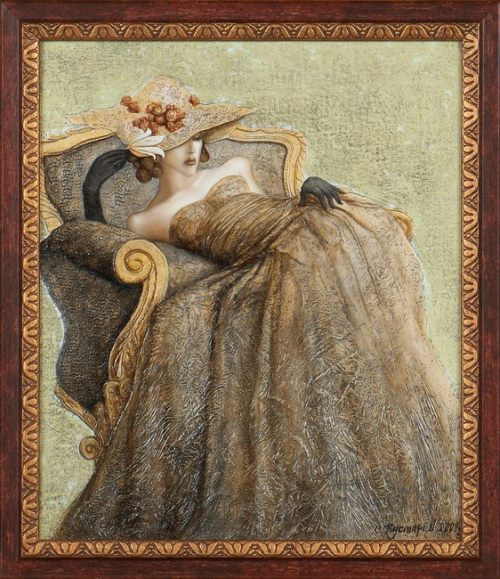 A lady in an armchair 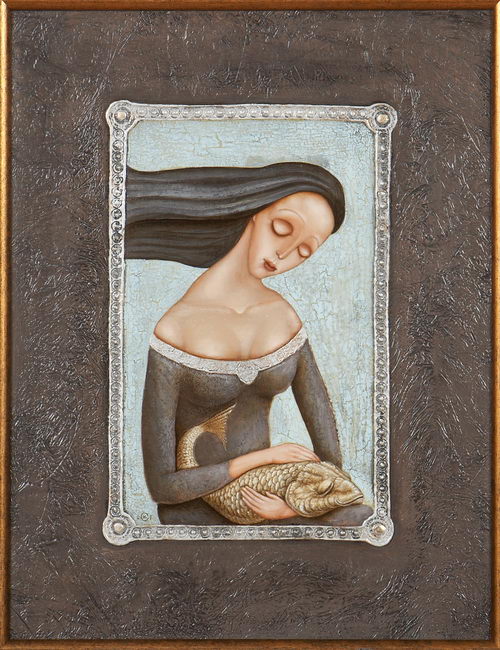 A girl with a fish 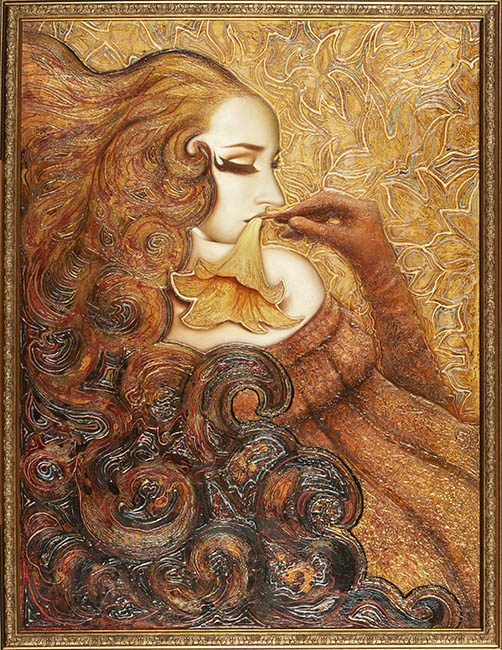 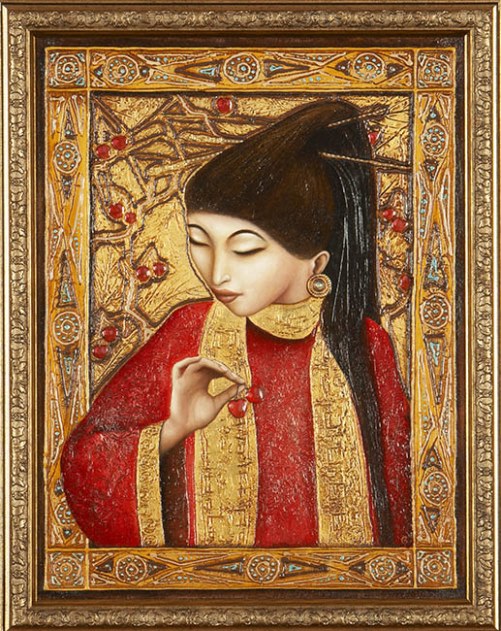 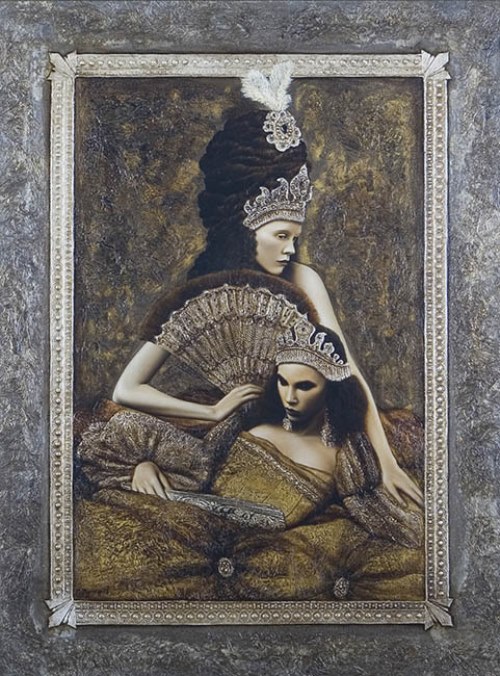 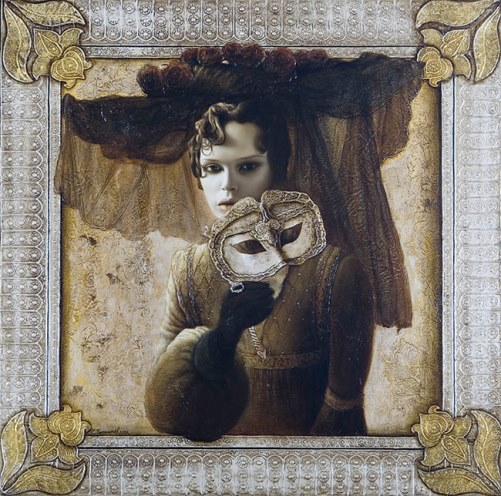 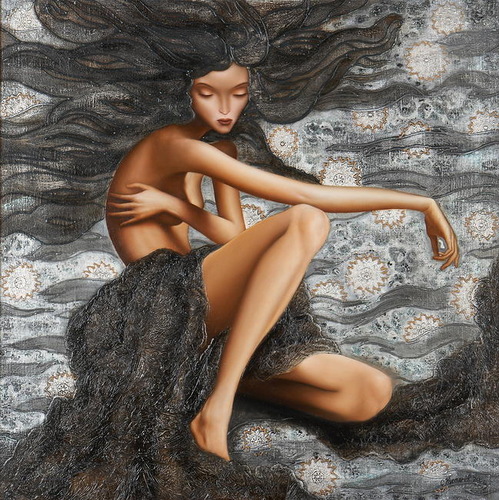 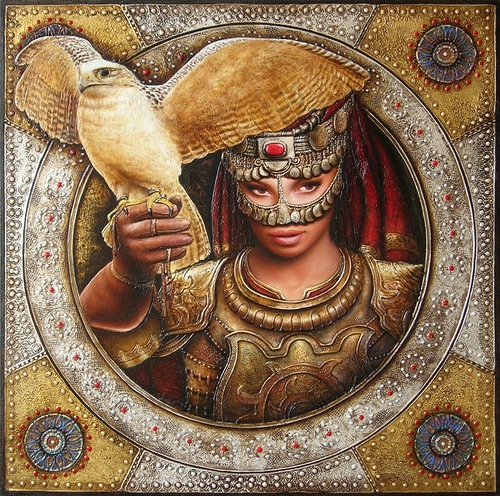 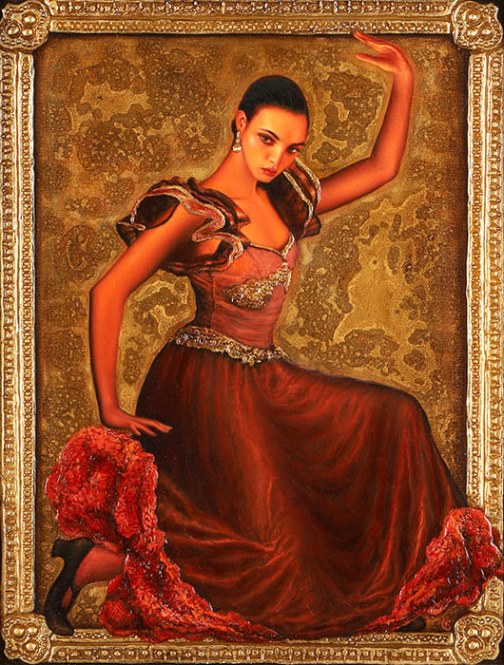