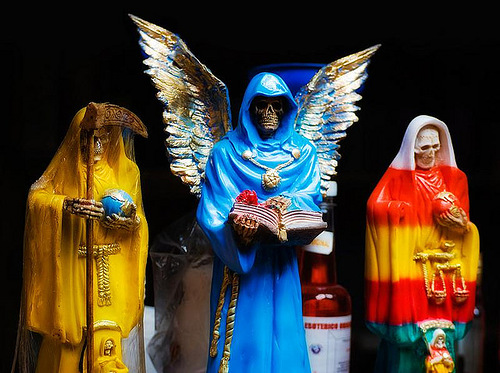 Saint Death in Mexico
Known in Mexico as Santa Muerte, it is a truly a strange tradition, from the point of view of other countries, and in particular, Russia. Meanwhile, different cultures looked upon the death differently. For example, Mexican tradition of Santa Muerte – or Saint Death.
Also known as Dona Sebastiana, it is a religious figure that is the result of a mish-mash of several cultures. Paganism and Catholicism come head to head to produce a remarkable hybrid of contemporary religiosity and super-naturalism. However, the Catholic hierarchy disapproves of the whole Santa Muerte tradition. According to official Christian belief, the sacrifice of Jesus Christ on the cross defeated death and so the tradition of praying to a death-like figure is beyond the pale for many church leaders.
Yet, Saint Death is not worshiped as such. In particular, there aren’t any churches devoted to the Saint. Still, she receives petitions for protection, luck and love. Besides, people ask her for assistance, for example, in the retrieval of kidnapped family members. By the way, kidnapping is a huge problem in Mexico where it has become an endemic social ill. 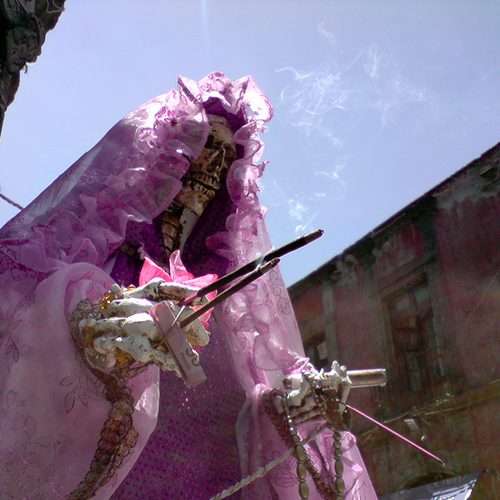 Meanwhile, there is a real similarity between Saint Death and the Grim Reaper, as she is carrying a scythe. As such, Saint Death is a combination of an intercession force and one above any small-mindednes, also seen as dealing with people fairly. What is a little more troubling for the Catholic authorities is the fact, that as time goes on, the ‘legend’ only extends itself and deepens.

Traditionally, people see Santa Muerte as wearing a long dress and a crown of gold. In addition, many of her devotees see her as a variation on a theme of the Virgin Mary. Undoubtedly, this is unacceptable to the Catholic Church, as when it comes to the mother of Jesus, there is for them no room for variations on a theme.

The statues of this Saint of Death are often very colorful – colored in red, white, black and green. In fact, these are the traditional colors in Mexico to represent luck, love, money and protection. Traditionally, people burn candles in her honor, and many of them leave gifts off red roses, tequila and even cigars.
Originated in Aztec death worship, Saint Death’s finger is pointed specifically at Mictlantecuhtli, the Aztec god of death. 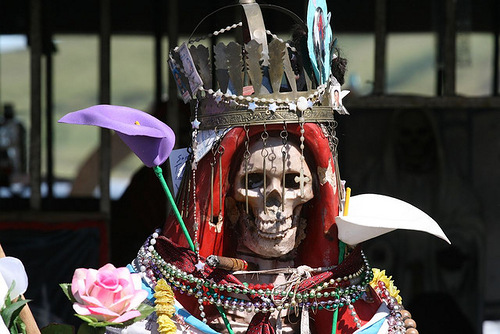 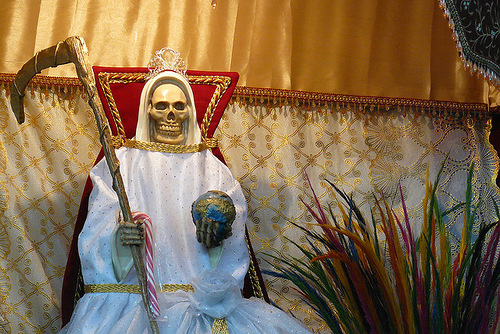 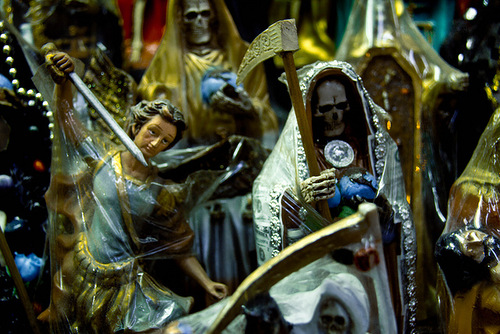 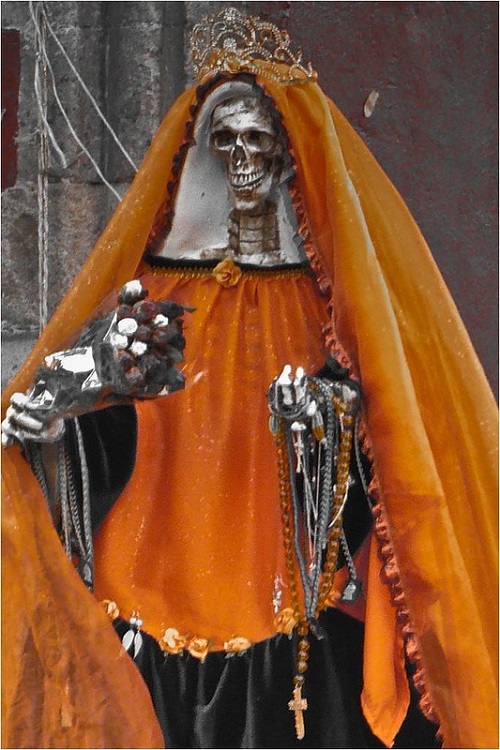 Decorated with a crown, Santa Muerte 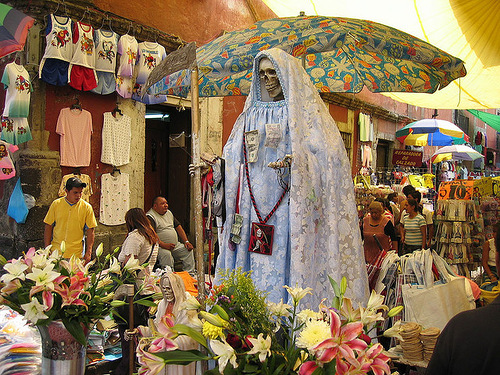 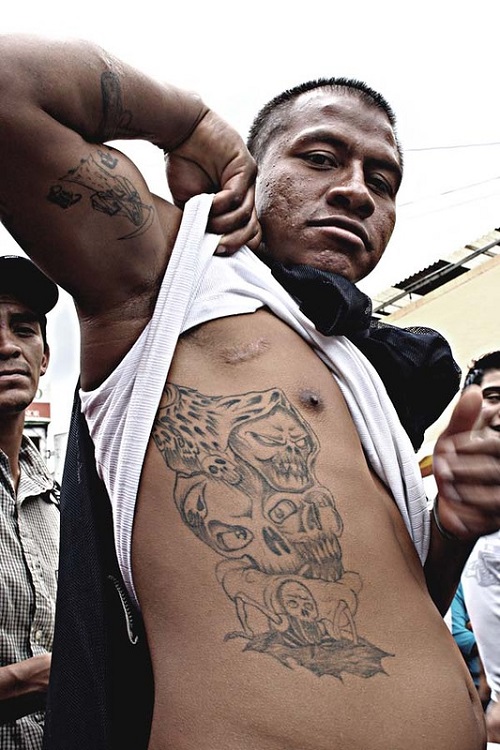 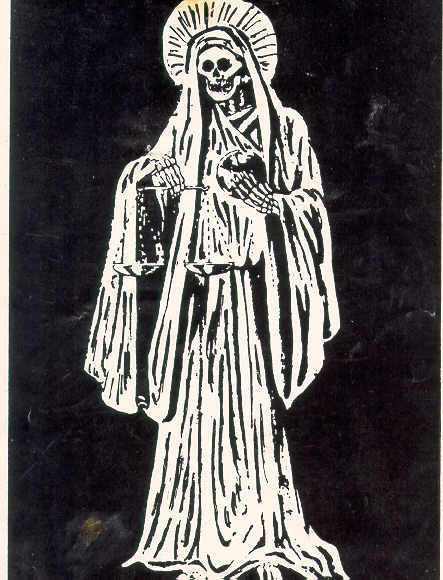 The image of Santa Muerte 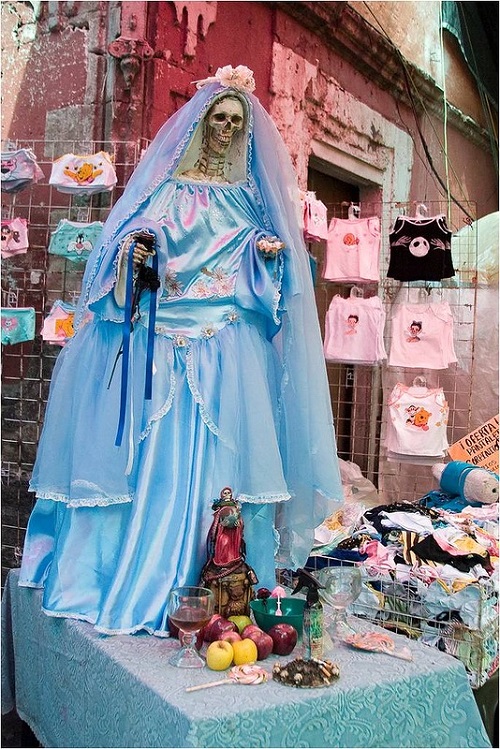 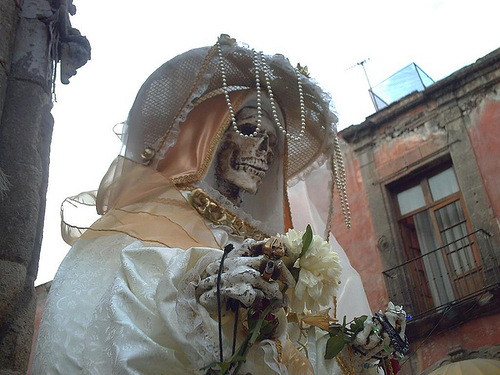 Lady in a hat – Santa Muerte 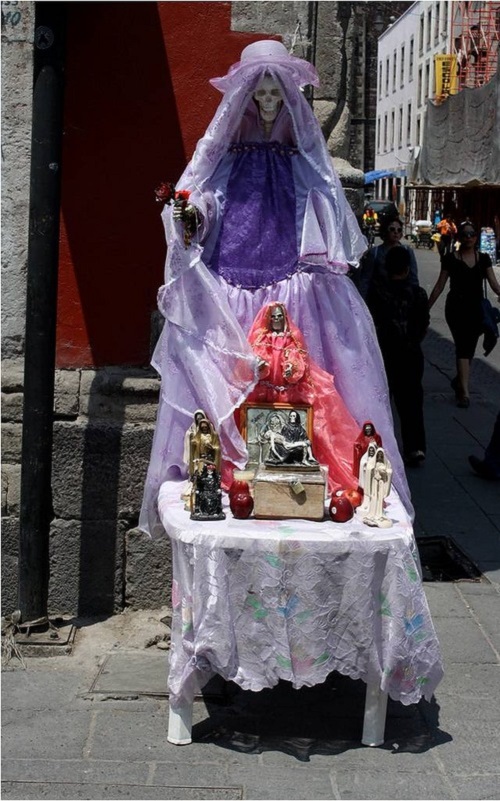 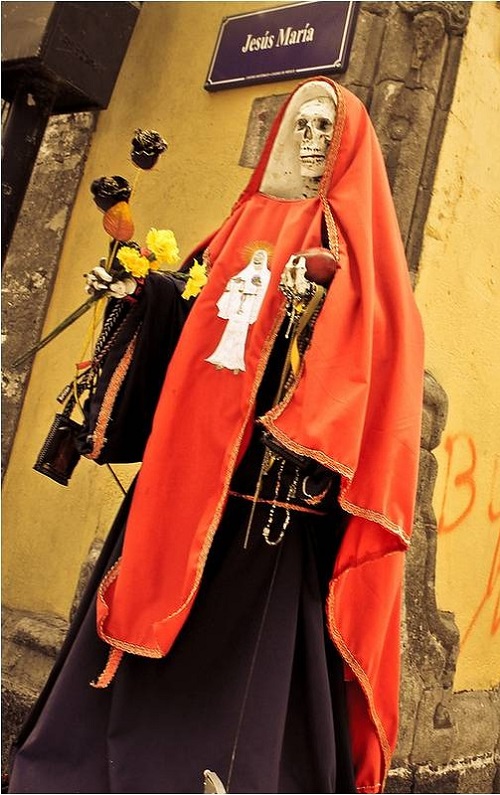 In a red gown, Santa Muerte 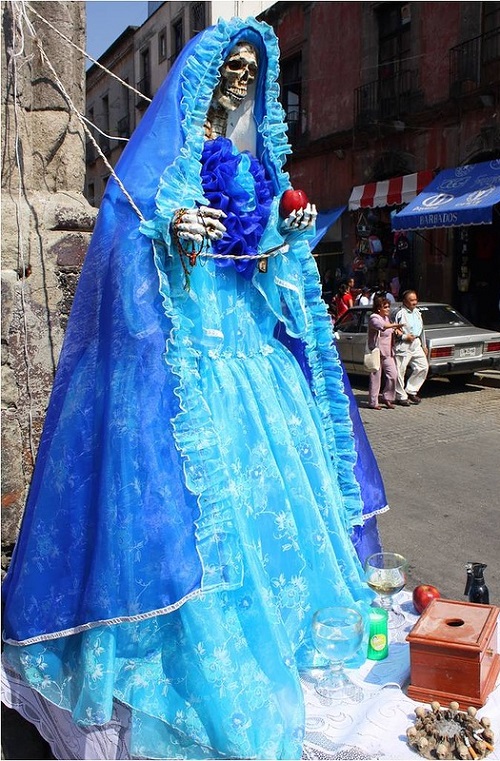 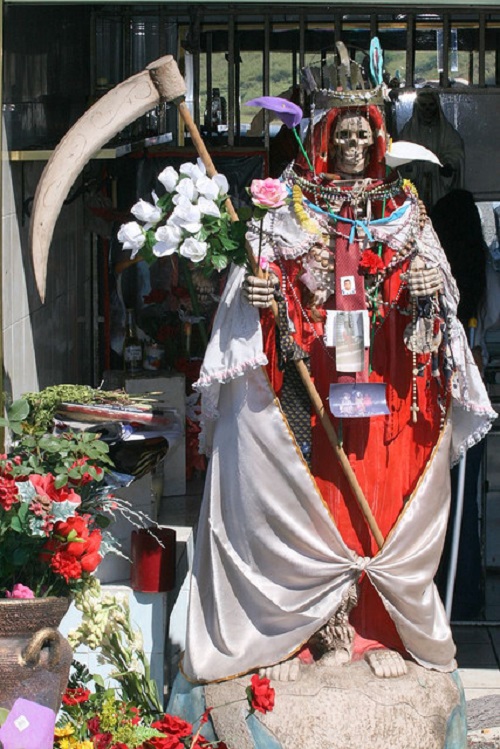 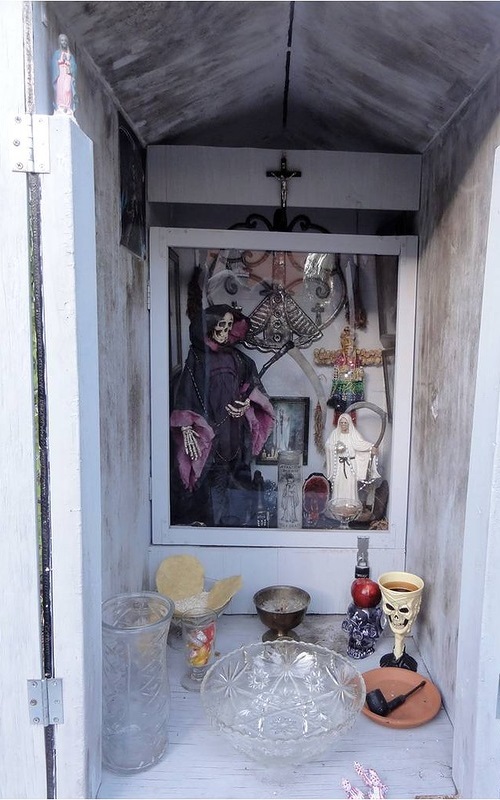 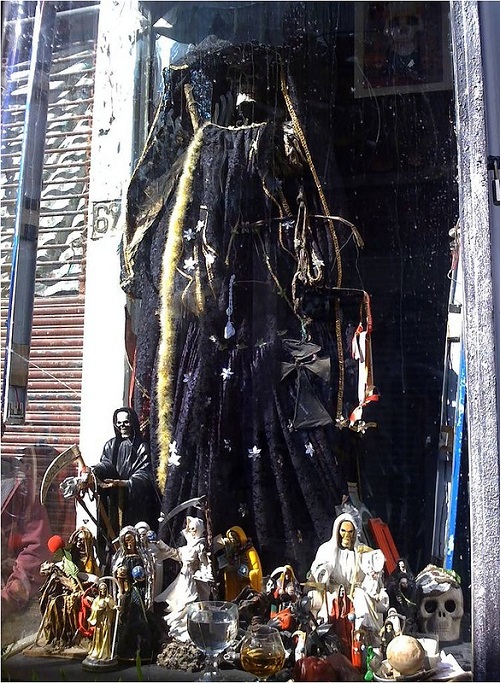 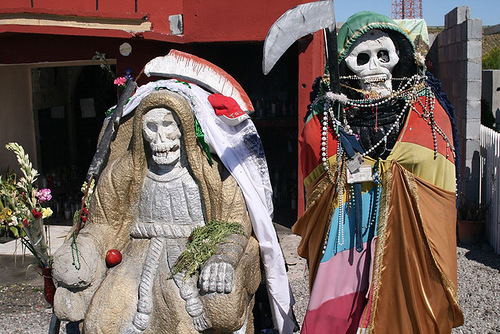 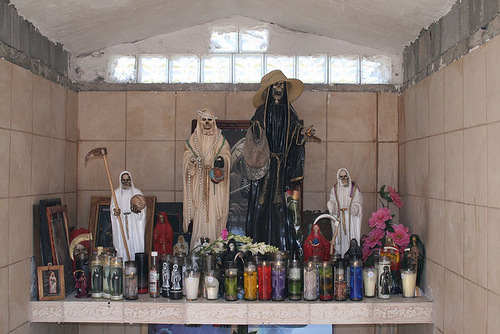