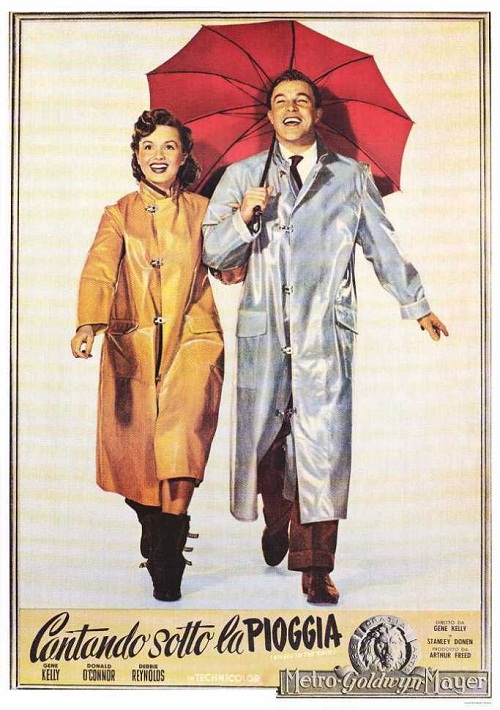 Singin’ in the Rain posters and facts
Cinema since its birth has grown rapidly, constantly surprising its audience. No sooner people got used to these curious black and white pictures, where instead of dialogue sounds beautiful music, and the few remarks appear in titers, as inventors find a way to give voice to the heroes of movies and again the audience is pleasantly surprised. Successful director Stanley Donen and actor Gene Kelly, decided to play in front of us the story of a turning point in the life of cinema. Events took place in the late 20s, in Hollywood, on whose brilliance no actor was ready to give up, and each of them by all means tried to be a star of a sound film. The original negatives of the film were lost in the fire. 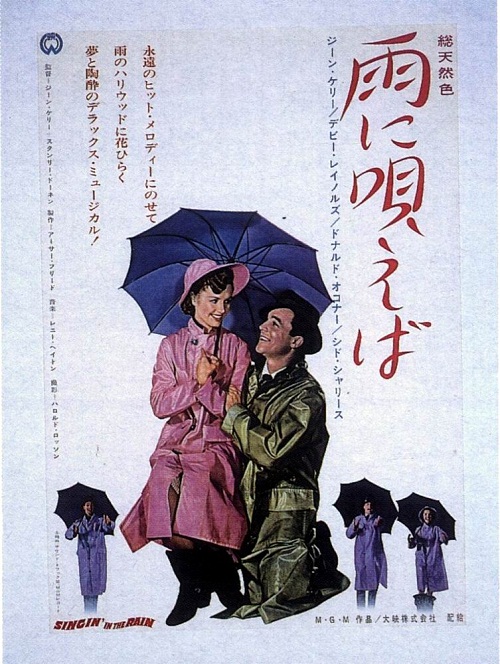 First, all the songs to the film by Stanley Donen were recorded. Then a script was created so that the songs would organically enter it. The film was originally intended to be a remake of the film “Excess Baggage” (1928). And the opening titles refer to the “Hollywood Revue 1929” (1929).

The role of Cosmo Brown was intended Oscar Levant. However, it was played by Donald O’Connor.

After Gene Kelly sang the famous dance in the rain, he caught pneumonia.

Rain was created from water and milk. In the picture it looked perfect, but during filming because of this “rain” the woolen suit of Gene Kelly became smaller.

Gene Kelly offended Debbie Reynolds, saying that she can’t dance. Fortunately, on the set was Fred Astaire, who caught Reynolds roaring under the piano. He helped her to learn a dance for the film.

For 19-year-old Debbie Reynolds, who had played several roles in the films, this film was supposed to be a breakthrough in her career. In order not to miss the shooting, Debbie, who was living at that time with her parents, had to get up at 4 am and go to the studio by three different buses. Sometimes she continued to sleep straight back on the set. In addition, she gave herself on set, during the choreography she burst blood vessels in the legs. Reynolds later told that the shooting in this film and childbearing – two of the most debilitating things that she had to endure.

While working on the film, sometimes shooting days lasted for 19 hours.

In the film, you can find a number of parodies of Hollywood stars of “silent” period. So, Zelda Zenders – a parody of Clara Bow, Olga Mara – by Paul Negri. A Baron de la Ma de la Toulon – a hint at the Marquis Henry de la Falaise de Coudray, husband of Gloria Suenson.

Sid Cheriss had to learn how to smoke – especially for the scenes of “rock” of the dance.

One of the scenes between Gene Kelly and Jean Hagen was based on a similar scene between Bibi Daniels and John Bowles in “Rio Rita” (1929).

MGM studio hoped to keep within a budget of $ 665,000. But only one of Walter Plunkett costume cost $ 157,000, and the budget increased to $ 2.5 million. All of these investments, however, have had a huge profit at the box office.

Meanwhile, Gene Kelly’s ‘Singin’ In The Rain’ The grey wool suit Brings $106,250 At Heritage Auctions In Dallas purchased for $10 in 1970 off the MGM lot by now retired Northern California postal worker and collector Gerald Sola; worn by Kelly in the iconic 1952 song and dance number

The suit of Gene Kelly from Singin’ in the Rain

“This is such a wonderful and historically important costume,” said Margaret Barrett, Director of Entertainment & Music Auctions at Heritage. “Collectors and fans recognized that, and they came after it accordingly. It’s a treasure of Hollywood history and of our American popular culture.” 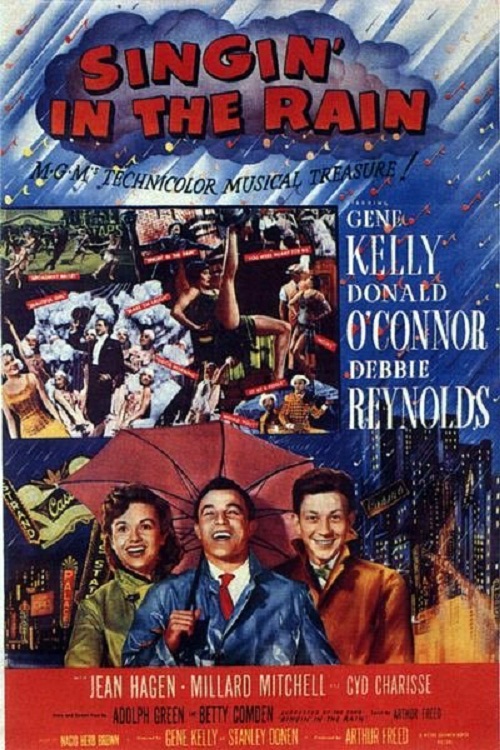 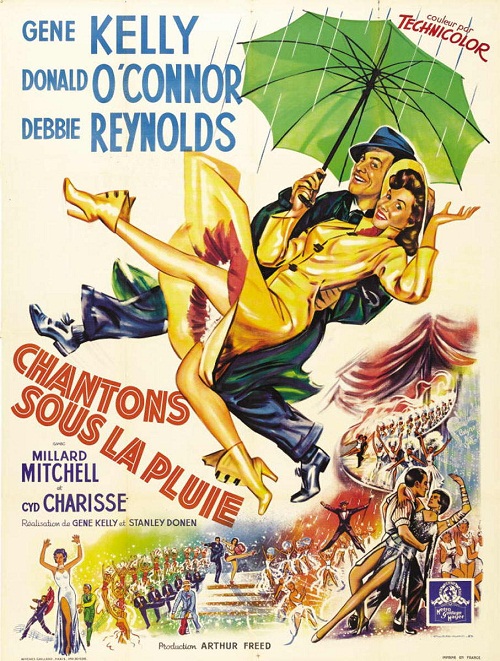 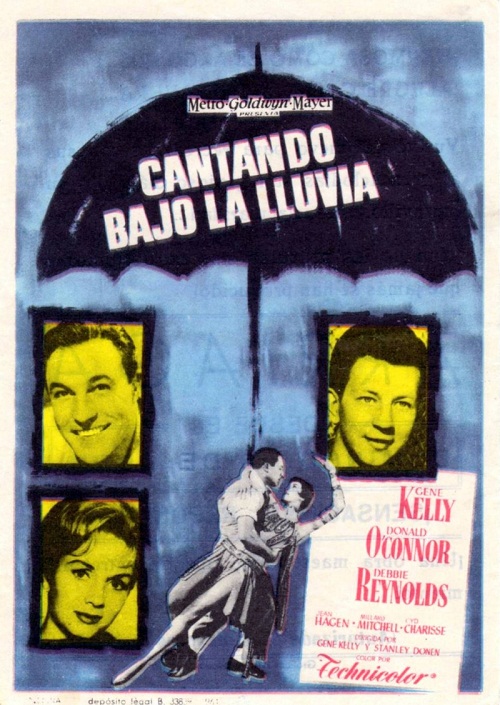 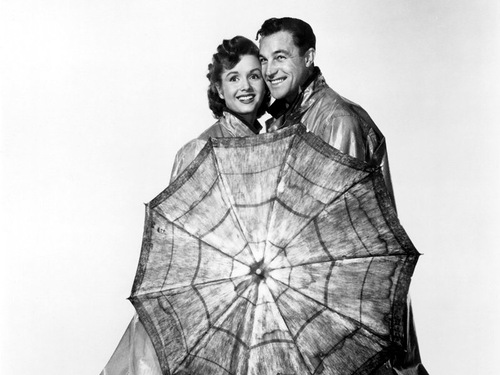 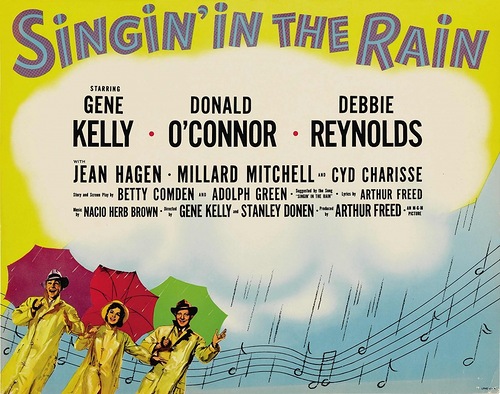 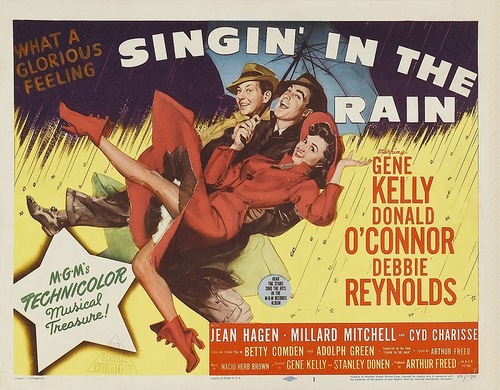 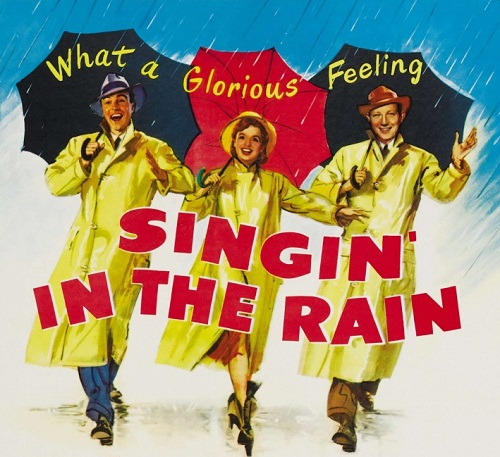 Hollywood film Singin’ in the Rain, 1952 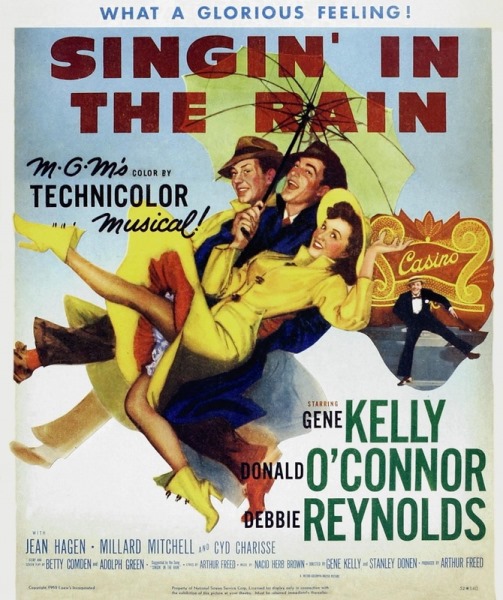 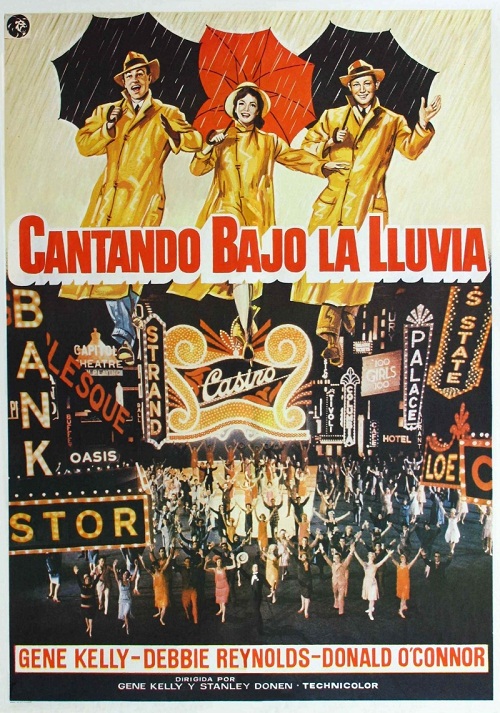 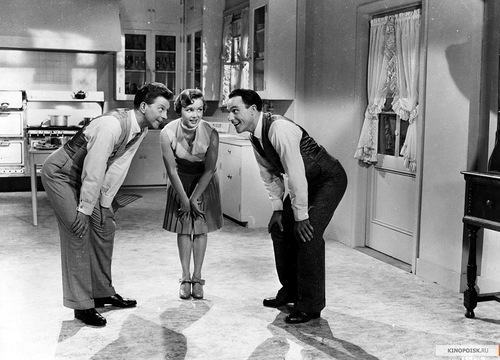 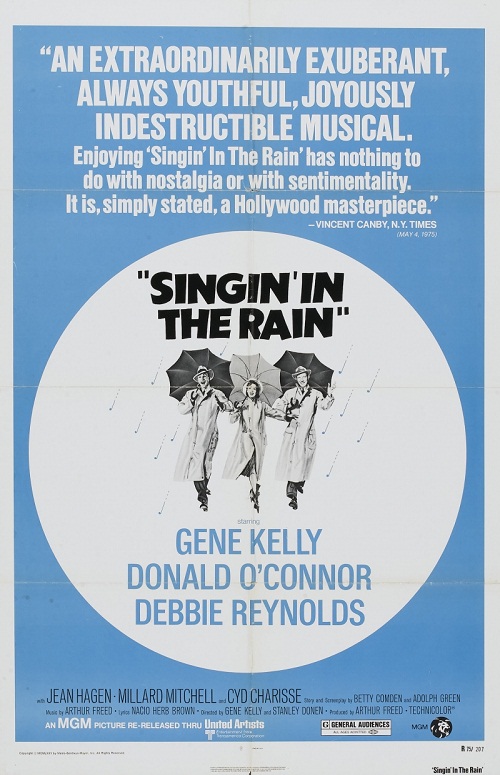 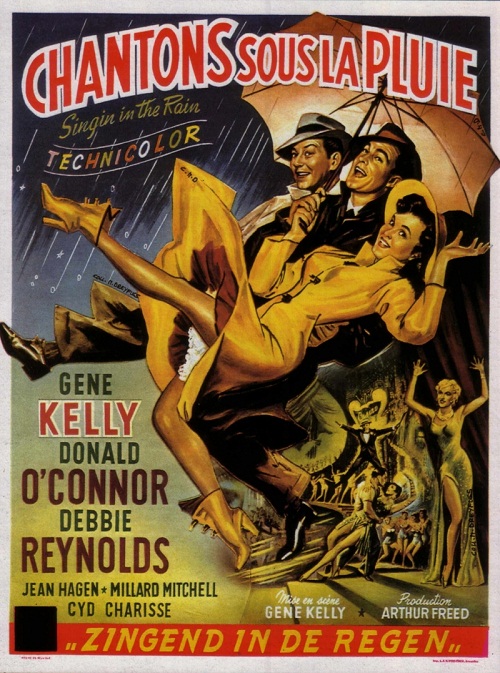 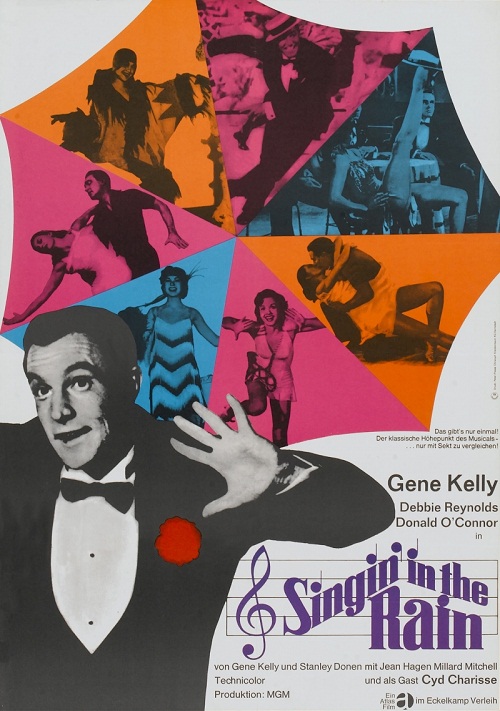 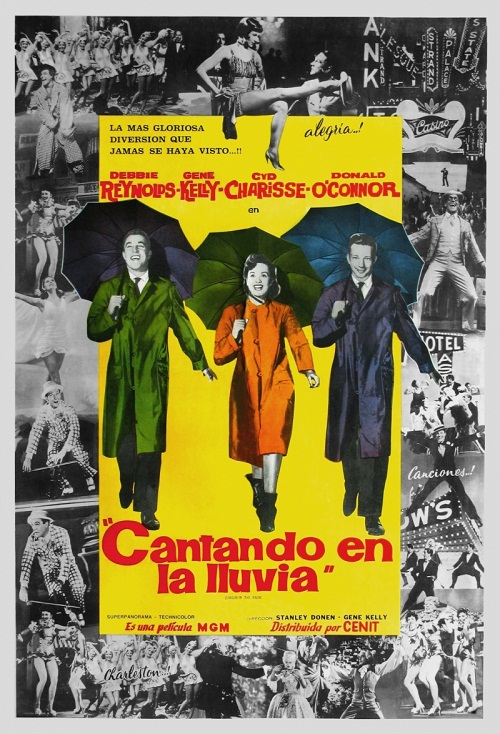 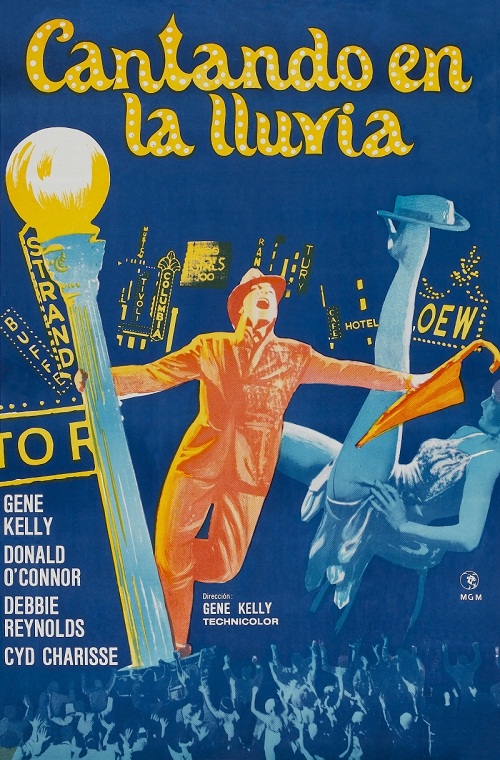 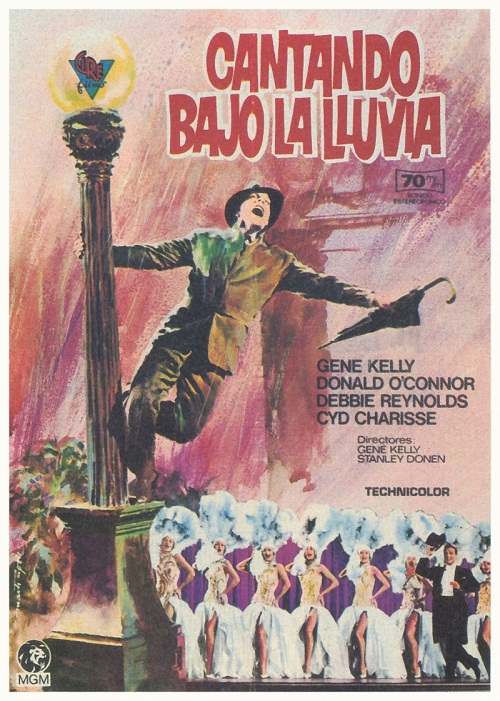 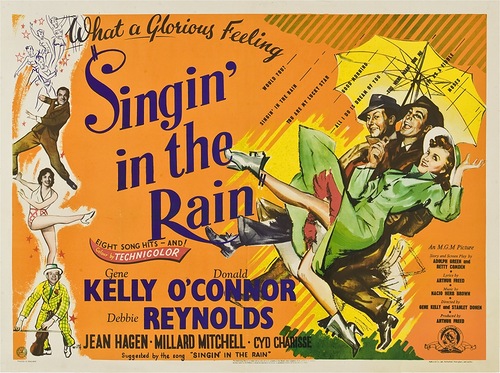 What a glorious feeling – 1952 poster 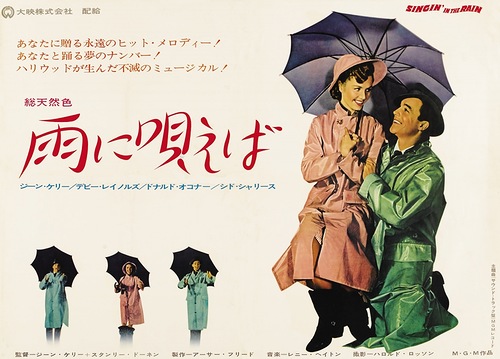 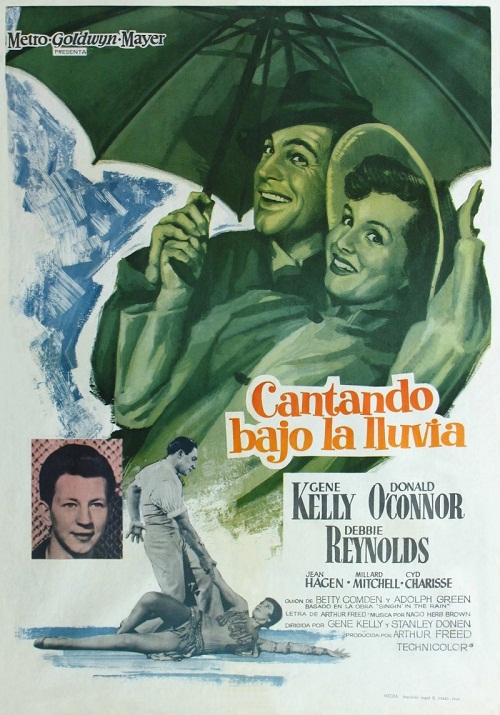 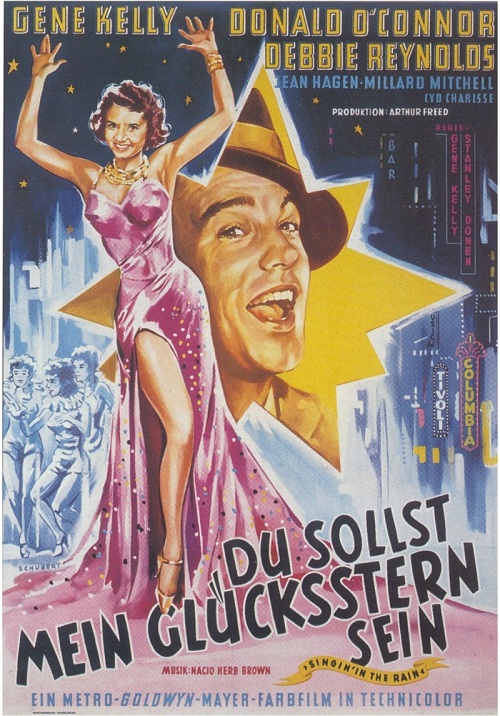 Du sollst mein glücksstern sein (German, “You shall be my fortune”) 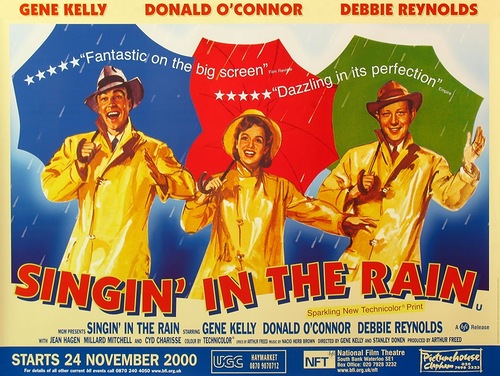 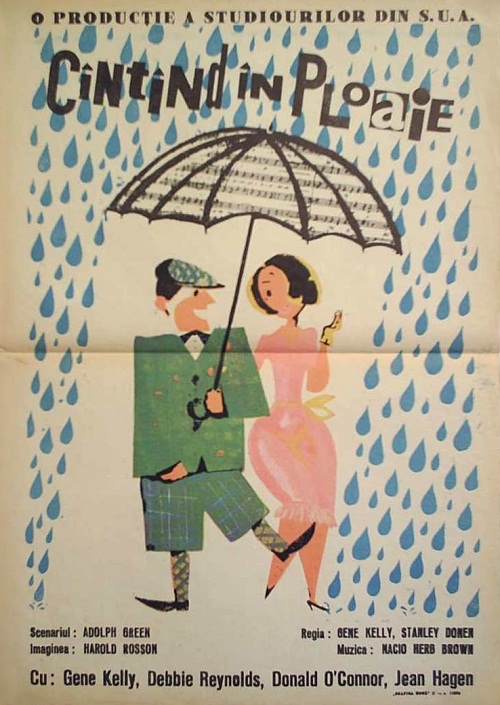 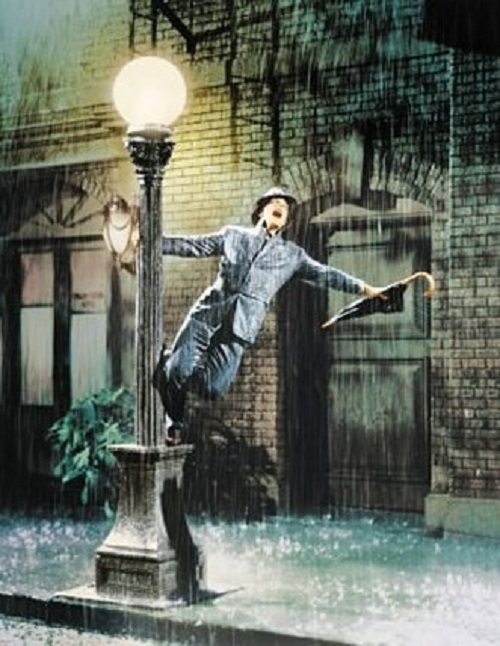 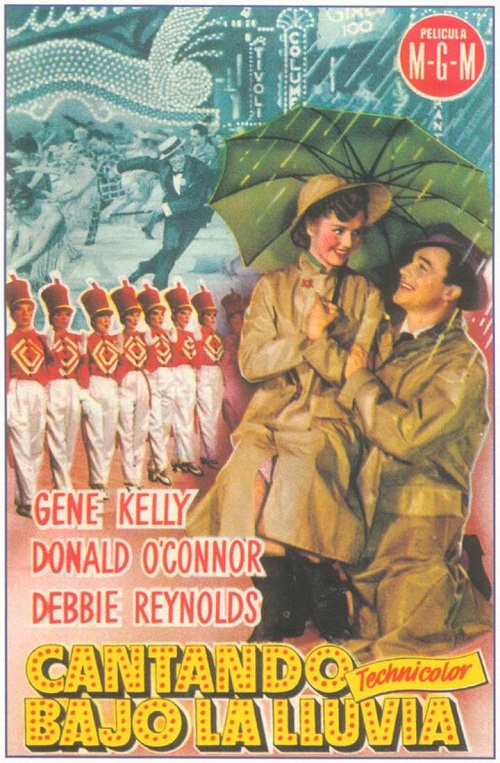 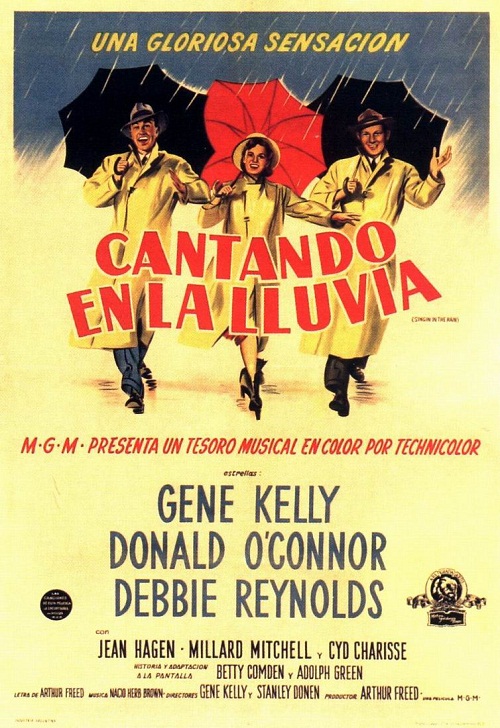 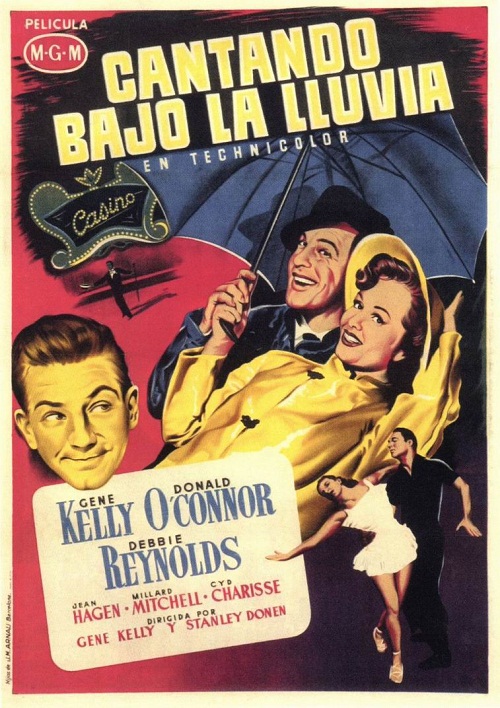 Printed in many languages posters 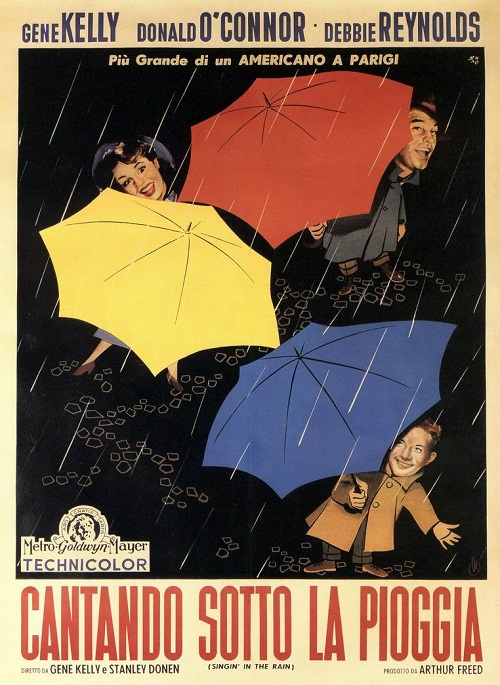