« Blue Canary 60 years of history
Speleotherapy in Solotvyno Salt Mine » 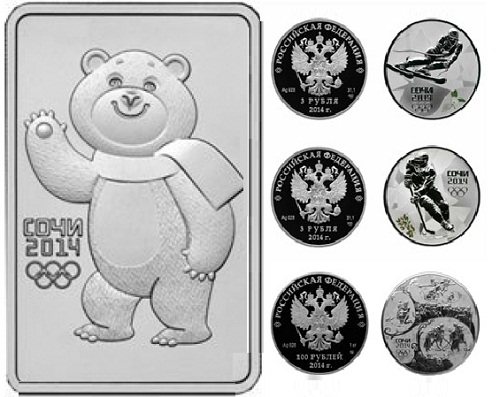 Sochi 2014 Investment Coins
The Bank of Russia issues the investment silver coins of rectangular shape with rounded corners. The denominations 3 ruble have a mass of 31.1 g of precious metal fineness 999. Devoted to the XXII Olympic Winter Games 2014 in Sochi, investment coins issued by the Bank of Russia are works of art. On the obverse side of the coin is the relief image of the State Coat of Arms of the Russian Federation. And on the back – a relief image of the White Bear, the official mascot of the XXII Olympic Winter Games 2014. The coin quantities – 300 thousand pieces.

The obverse side of the coins

The relief image of the State Coat of Arms of the Russian Federation and a semicircular inscription over it “РОССИЙСКАЯ ФЕДЕРАЦИЯ” (THE RUSSIAN FEDERATION). The indications of the denominations of the coins “3 РУБЛЯ” (THREE RUBLES), “100 РУБЛЕЙ” (ONE HUNDRED RUBLES), “50 РУБЛЕЙ” (FIFTY RUBLES), “1000 РУБЛЕЙ” (ONE THOUSAND RUBLES) respectively. Also, the year of issue “2014 г.”. In addition, the indication of the metal according to the D.I. Mendeleev Periodic System of Elements, and the purity. Besides, the trade mark of the Saint-Petersburg mint and the fine precious metal content.

In addition, Bank of Russia has issued a commemorative banknote of 100 rubles, dedicated to the XXII Olympic Winter Games and XI Paralympic Winter Games 2014 in Sochi. Banknote released in an edition of 20 million units. It should appear in all regions of the country at the beginning of the Olympic Games.

On December 28, 2012 the Central Bank of the Russian Federation issues commemorative coins of precious metals. 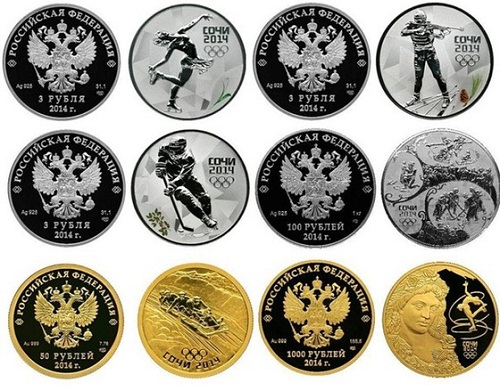 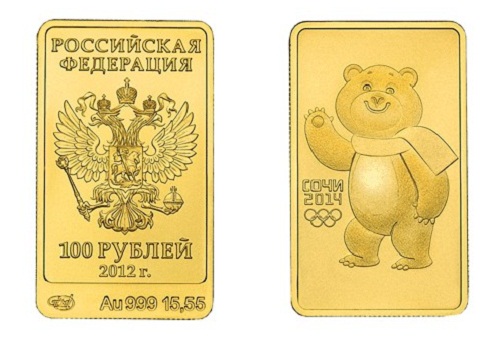 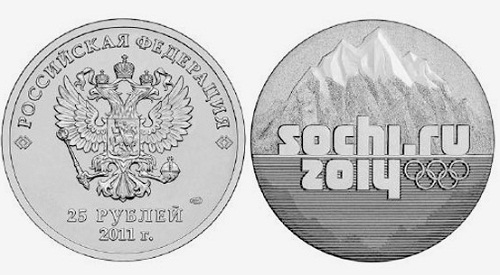 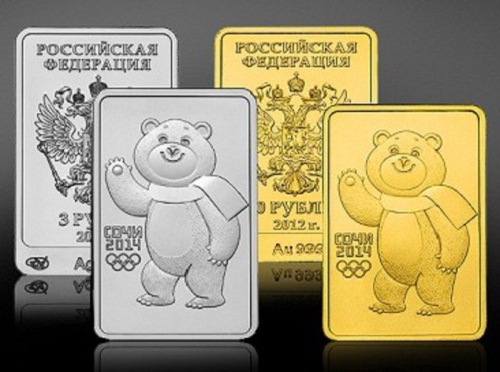 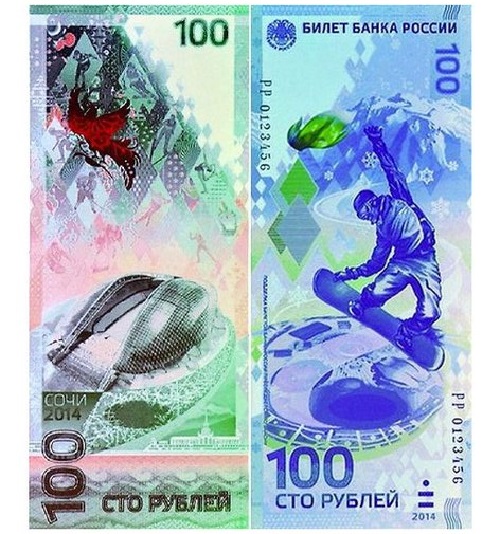