A little monster pops out of Hideyuki’s palm with a technique professionally called anamorphosis. Optical illusions by Nagai Hideyuki

Optical illusions by Nagai Hideyuki.
Japanese artist 21-year-old Nagai Hideyuki is the author of these vivid optical illusions – three-dimensional drawings. He creates these hyperrealistic pictures just by using his pencils, sketchbooks and his eye for detail. These sketches look as though they are about to leap off the page. His ability to draw so well in three-dimensions came from the restrictions on street artists in Japan. He wanted to work to resemble street art that pops out from walls. He was inspired by a technique known professionally as anamorphosis, drawings look 3d when viewed from the right angle. 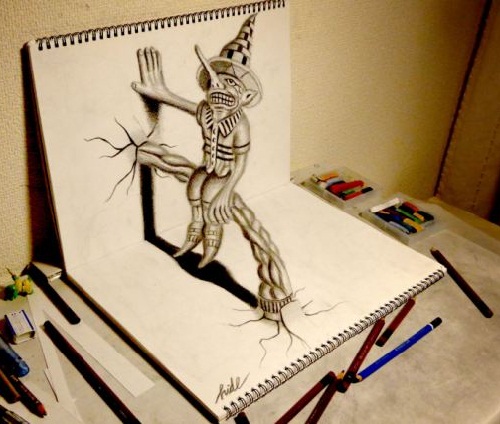 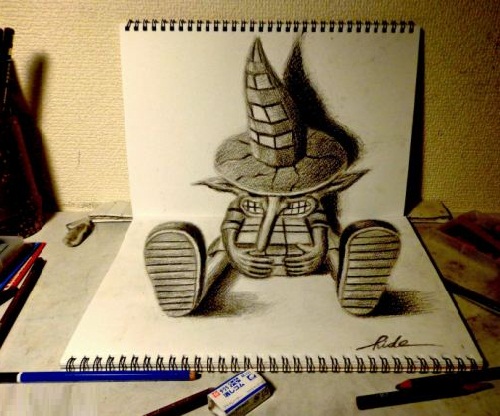 Hideyuki uses unusual angles to make drawings that pop off the page, like this seated gremlin 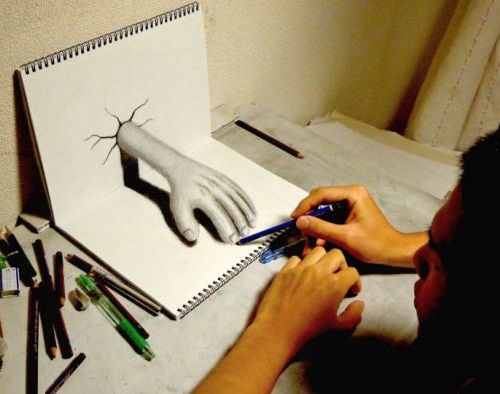 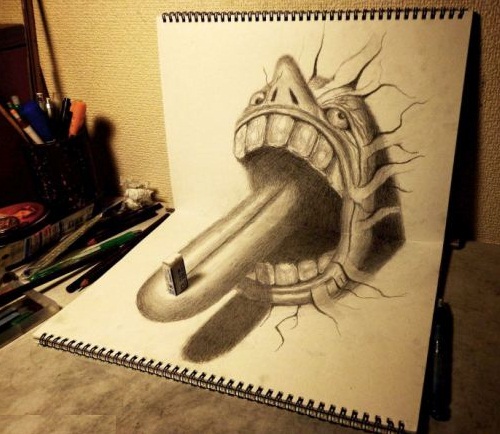 Trompe l’oeil — Hideyuki says he is inspired by English artist Julian Beever’s street art, which he does in chalk on pavements