Spiritualist pictures contacts from beyond 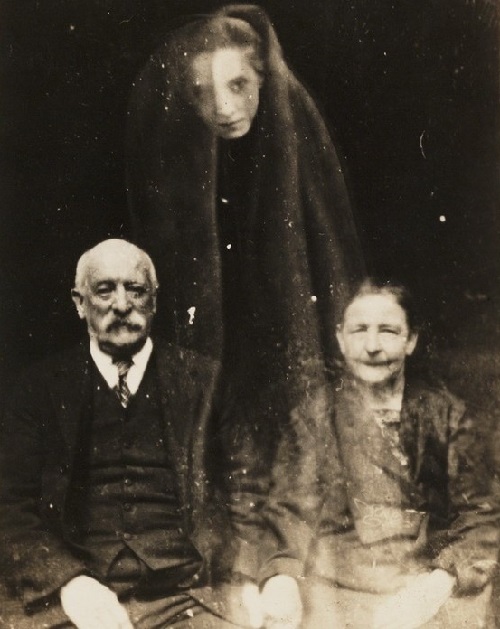 Spiritualist pictures contacts from beyond
These ghost photographs were made by American spirit photographer William H. Mumler (1832–1884). Jeweler by profession, he gave up his crafts, and started his career as a full-time photographer. The business was profitable, if to take into account the time. A large number of people had lost relatives in the American Civil War- more than 600 thousand dead people through all over the territory in 1865. The possibility of connection with a dear person looked as a very concrete hope. There were thousands of histories about soldiers’ manifestations, messages, letters and, despite the deep-rooted Protestantism of that country, lots of people believed in miracle. In those who could make these kind of connections between world of the living beings and beyond. 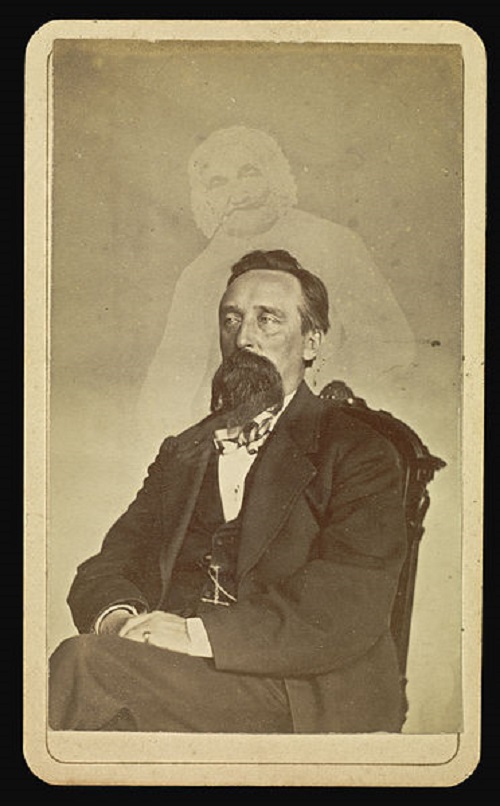 John J. Glover with ghost of old lady. A spirit photograph taken by William Mumler. Spiritualist pictures contacts from beyond

Critics claimed Mumler was taking advantage of people whose judgment was clouded by grief. Besides, after the discovery that some of Mumler’s ‘ghosts’ were in fact living people, and accusations increased. In particular, that he had broken into houses to steal photos of deceased relatives. Accordingly Mumler was brought to trial for fraud in April 1869. finally, all this ruined the career of Mumler.

Meanwhile, Mumler’s photographs included pictures showing various spirits (including relatives, fiances, actresses and spirit guides) with living sitters. In 1869, accused of several illegal practices as invasion of residences, stealing of photographs and cheat, William H. Mumler became the protagonist of a North-American famous juridical case. Although declared innocent, however, from this day, his career declined and his last days were full of misery.

After the trial, he went on to be a “photograph publisher,” discovering a photo printing process from wood-cuts, known then as the “Mumler process.” He died in 1884.

William Hope (1863 – 1933) was a pioneer of spirit photography in England. Hope shared the name of his predecessor and the interest for spiritualist photographs but the place was the After-World-War-First England. And his scenery was also different. Hope had gained some reputation in his home town, Crewe, where he started as a carpenter. He died in Salford hospital on 8 March 1933.

Developing his activities, as the search for these kind of services began to grow because all of those who had lost friends and relatives during the war, he moved to London. There, he became a professional photographer and also a professional medium. As in Crew his spiritualist group was investigated by the Physics’ Searching Society. Meanwhile, among the accusations, was that Hope used glass laminas with spectrum images in order the produce the “spiritualist effect” in the pictures.

The Society proved his allegations and, despite this, William Hope continued with his activities, finding support on eminent figures like Sir Arthur Conan Doyle, an enthusiast of Hope’s work. He died in London in the beginning of the 1930s, with a gorgeous financial health.

Sir Arthur Conan Doyle refused to accept any evidence that Hope was a fraud. Besides, went to great lengths to clear his name, going so far as to write a book supporting spirit photography, The Case for Spirit Photography.

Spiritualist pictures contacts from beyond 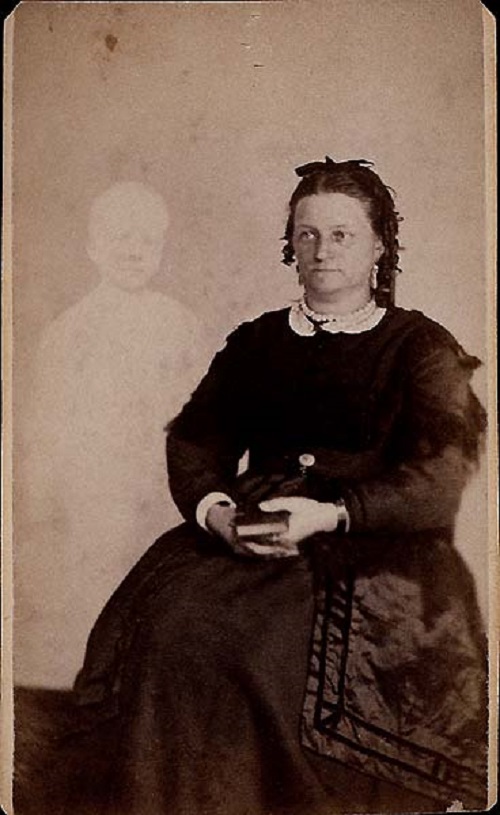 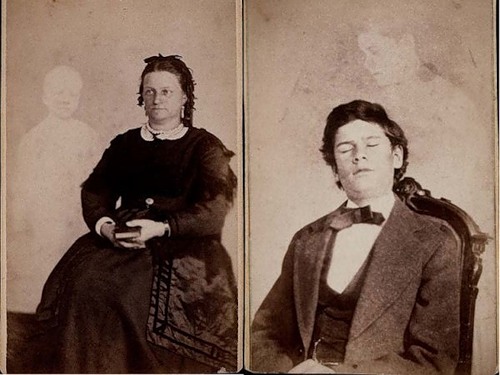 Mrs. French with a child ghost (left), and an image of Herrod with a single ghost (right). spirit photograph taken by William Mumler 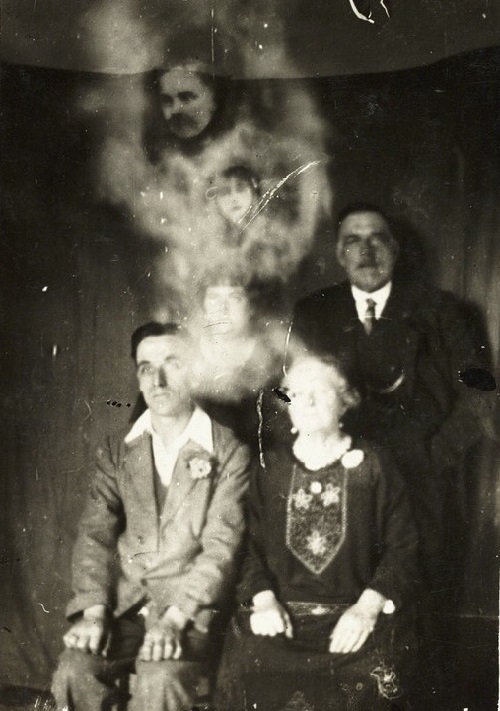 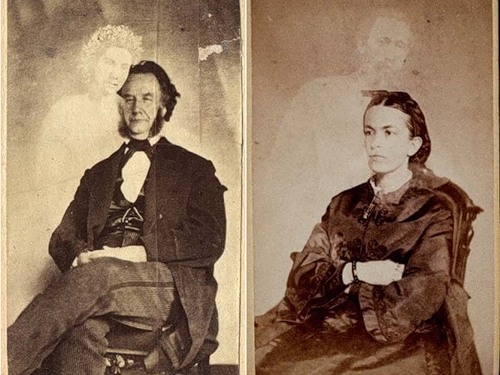 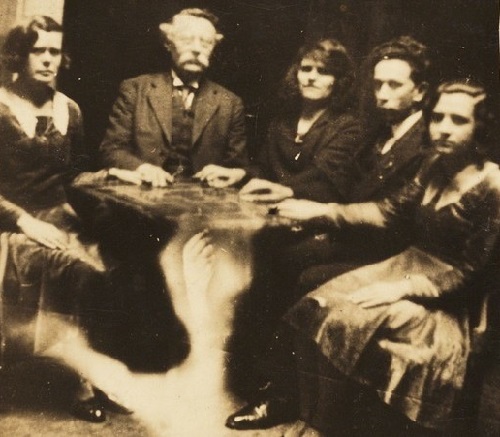 Mysterious contacts from beyond 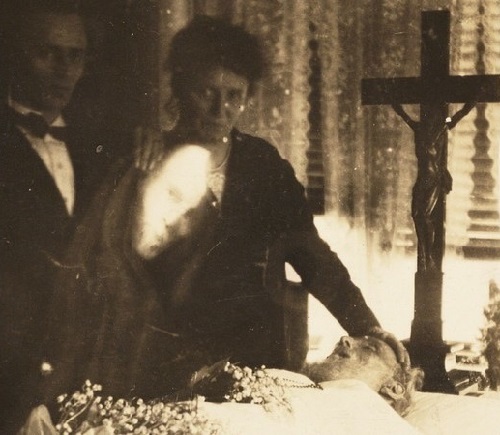 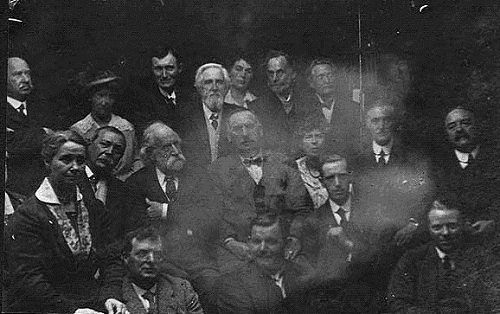 The meeting of the Society for the Study of Supernormal Pictures. Sir Arthur Conan Doyle and his wife (Center, Left) (1922) 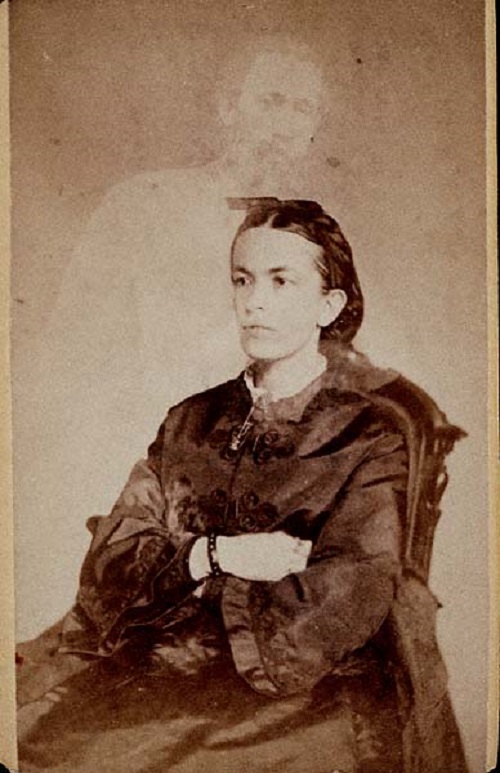 Fanny Conant with the ghost of her brother