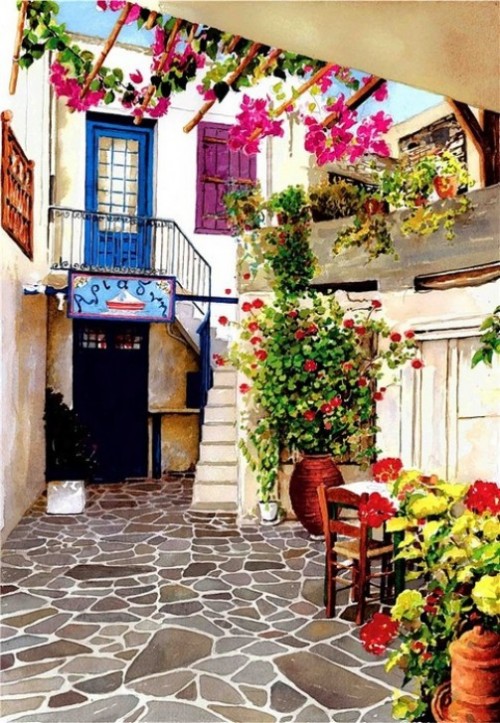 This picturesque courtyard is in the old market place on the island of Naxos. Tender paintings by Pantelis Zografos, Greek artist

Tender paintings by Pantelis Zografos
He did not notice how was falling in love with Greece more and more. And it is not surprising that the native Athenian, a Greek artist Pantelis Zografos, draws his native land in this way. For 30 years, Pantelis Zografos does not live in Greece, but the love for the country calls him to the canvas and paints. There, in his studio, he paints a watercolor Greece, gently and passionately. Meanwhile, his inspiration – parents who were in Athens, the warm sea, ancient history, the little old houses and streets paved with stone blocks. And the riot of greenery and flowers. 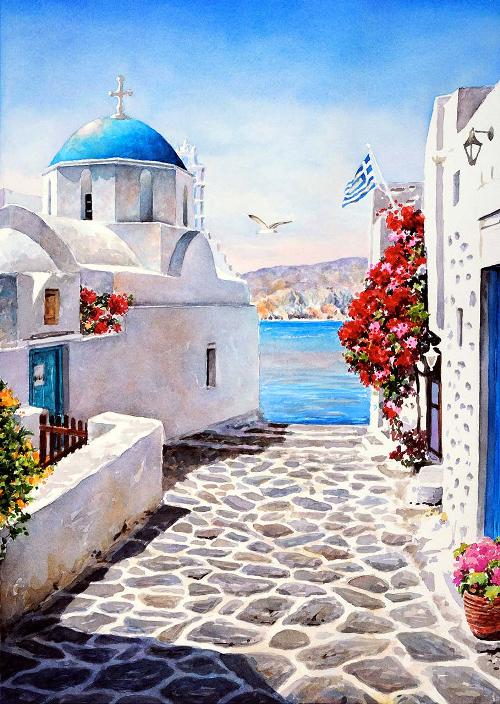 A day boat ride from Athens, set in the deep blue sea of the Aegean, one can find the beautiful Island of Amorgos. Tender paintings by Pantelis Zografos 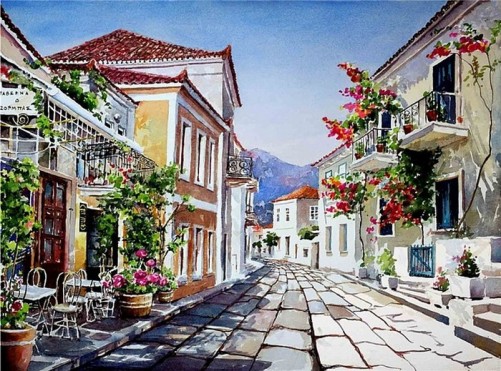 Galaxithi is a beautiful little old port town in central Greece, situated in the gulf of Korinth 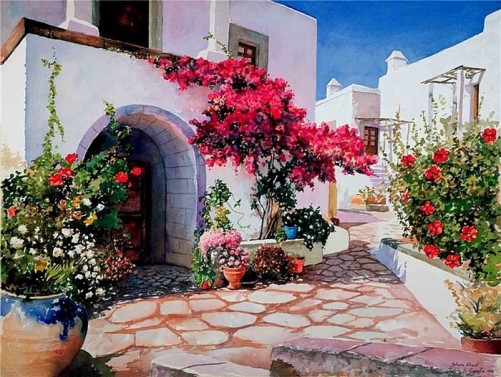 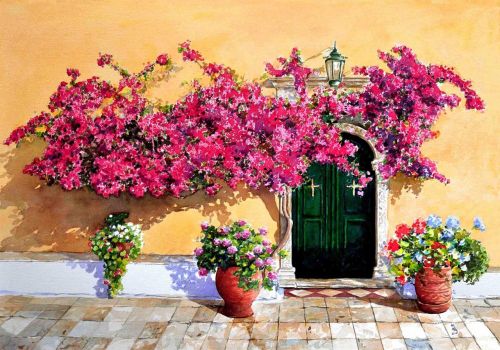 Sanctuary. The doorway of this church, adorned by bougainvillea and potted plants, is testament to the loving care that is given by the island people to their churches 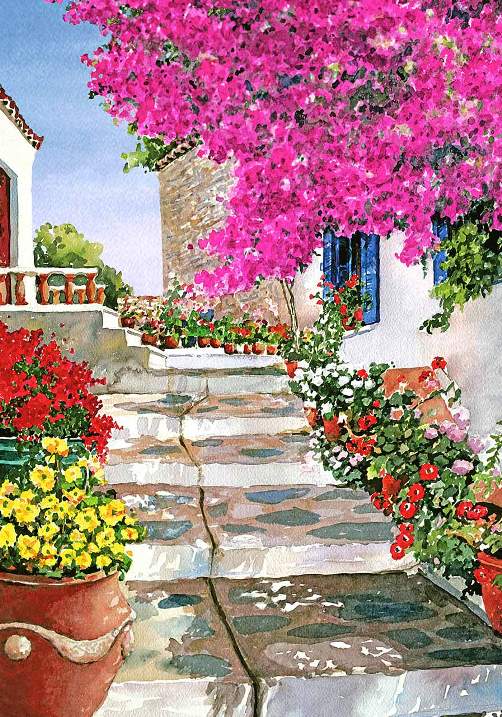 Skiathos is one of the Sporadic Islands. Small passageways that wind down to the beach are usually abundant with summer flowers

Small churches, supported by a few families, are the norm on many greek Islands 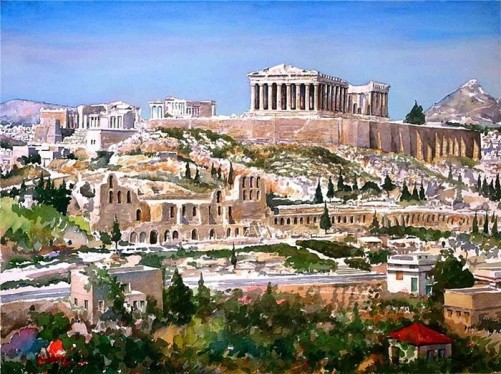 The Parthenon, built on the Acropolis rock in 450 b.c. is a sepctacular site and is visible from almost any location in Athens 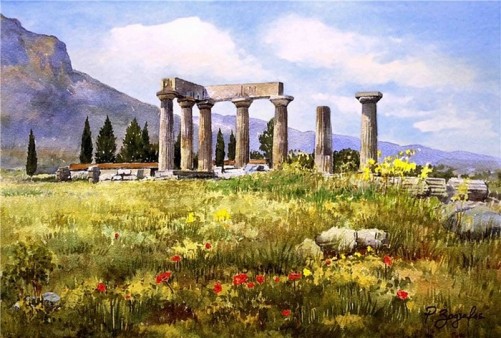 The Temple of Apollo built about 540 B.C. Only seven columns have survived the local earthquakes 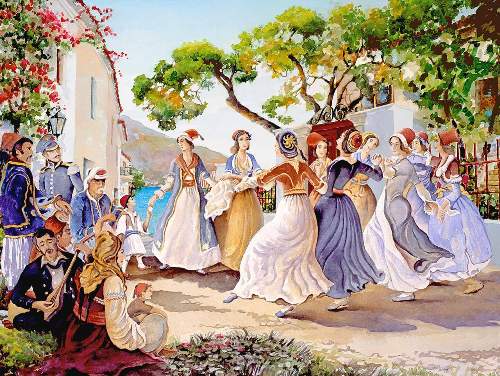