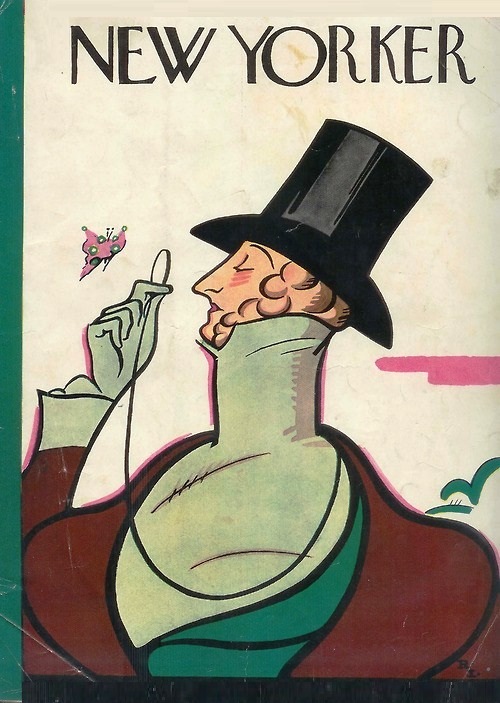 First issue’s cover with dandy Eustace Tilley, created by Rea Irvin. The image appears on the cover of The New Yorker with every anniversary issue. The New Yorker vintage covers

The New Yorker vintage covers
American weekly magazine “The New Yorker” debuted on February 21, 1925. It was founded by Harold Ross and his wife, Jane Grant, a New York Times reporter. Starting as a weekly in 1925, the magazine is now published 47 times annually, with five of these issues covering two-week spans. Well known for its great magazine covers designed by the great illustrators of the time. It is important that the magazine continues the tradition in design, style of the cover, which actually has not changed, unlike most of today’s magazines whose covers have changed beyond recognition. The most visible change is the price, in 1929 it cost 15 cent, then 30, …$1.75 in 1989, $ 5.99 in 2012. 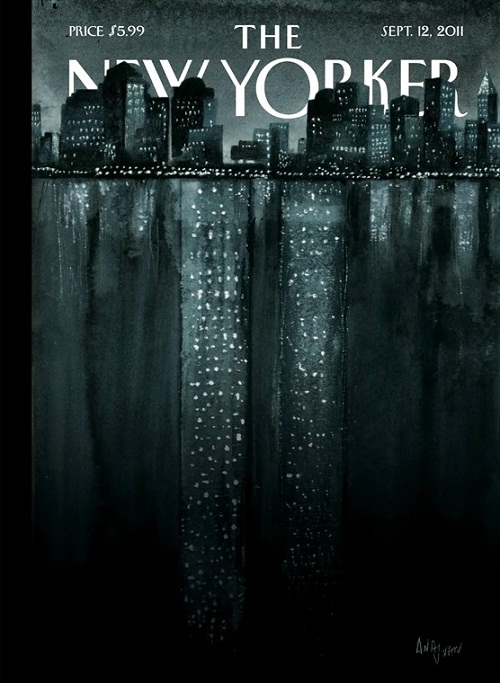 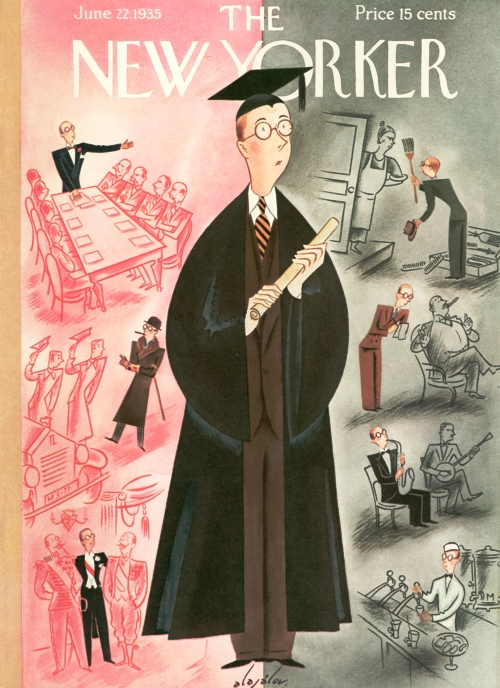 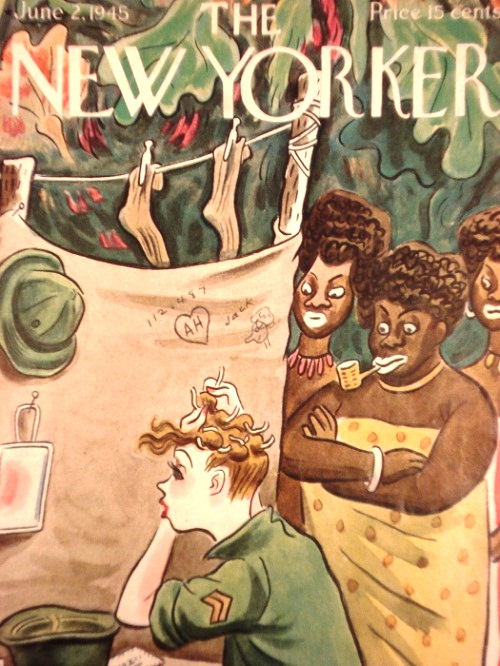 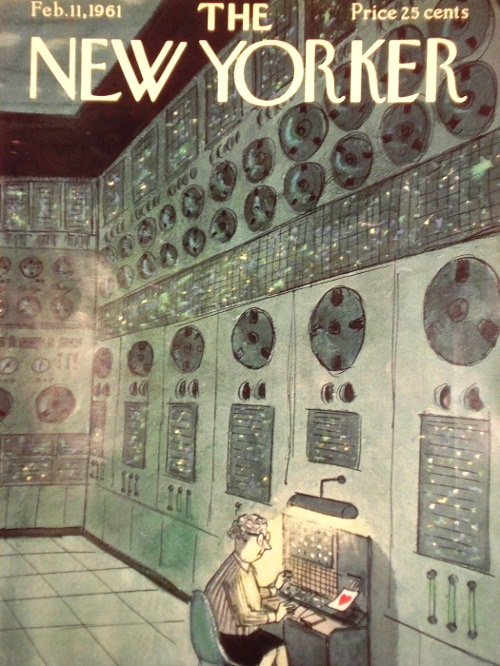 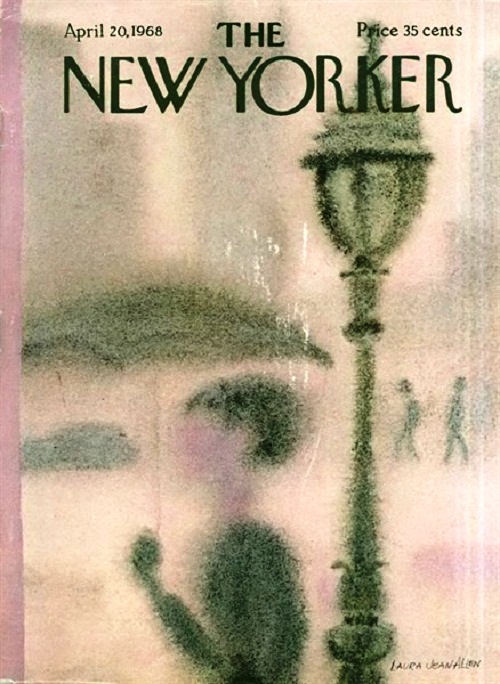 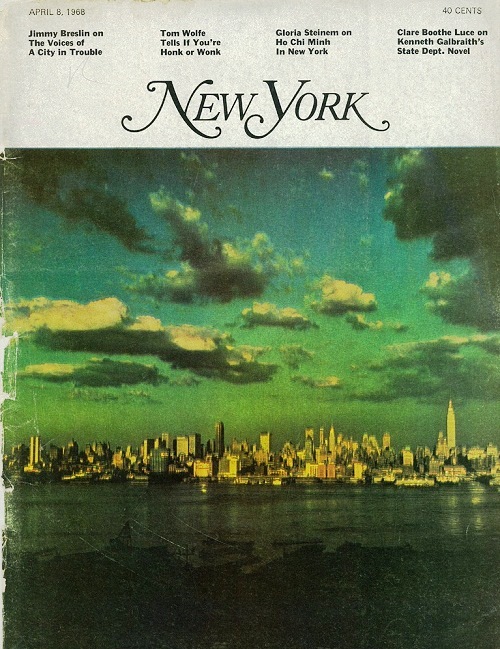 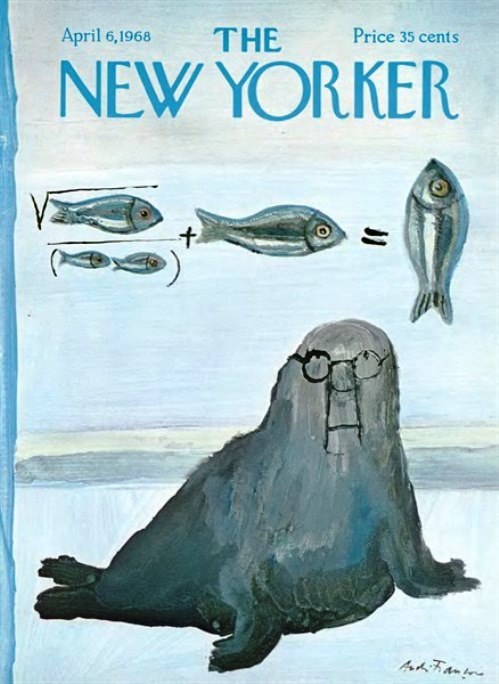 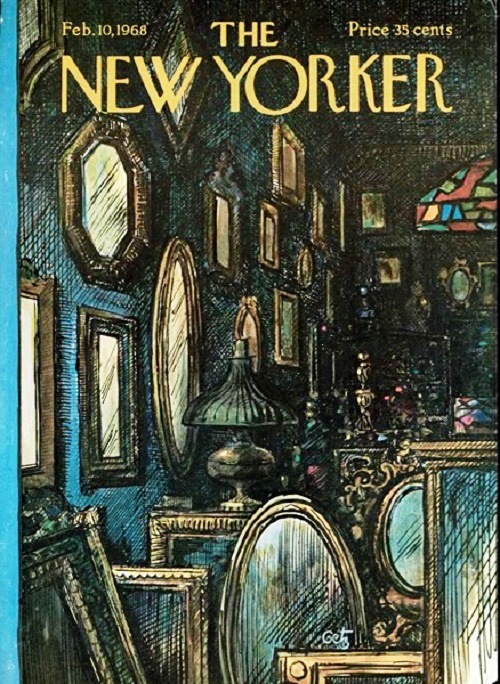 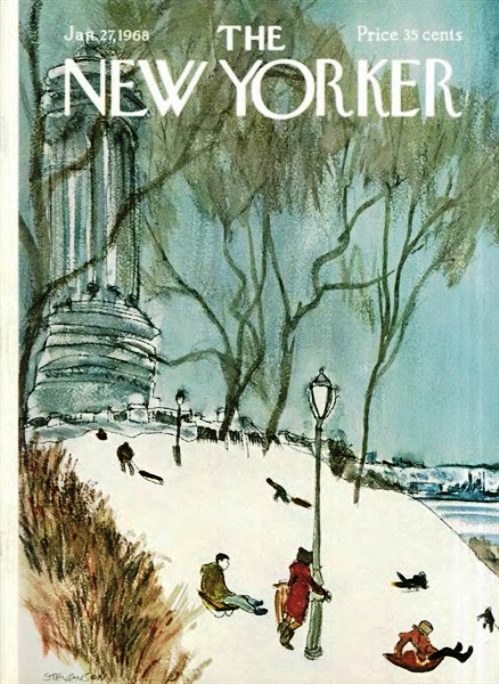 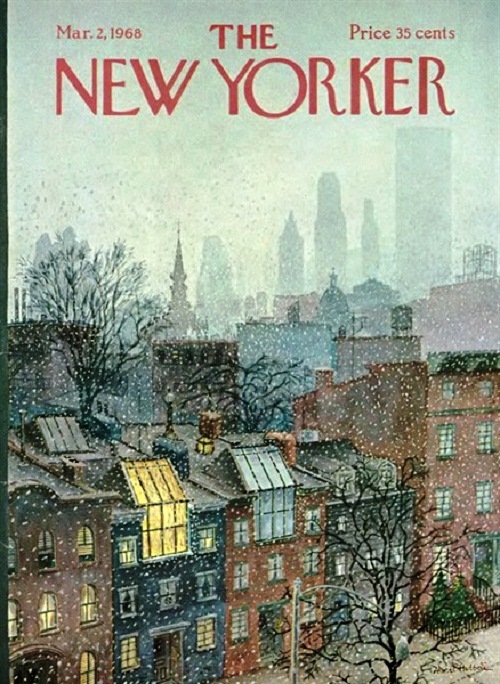 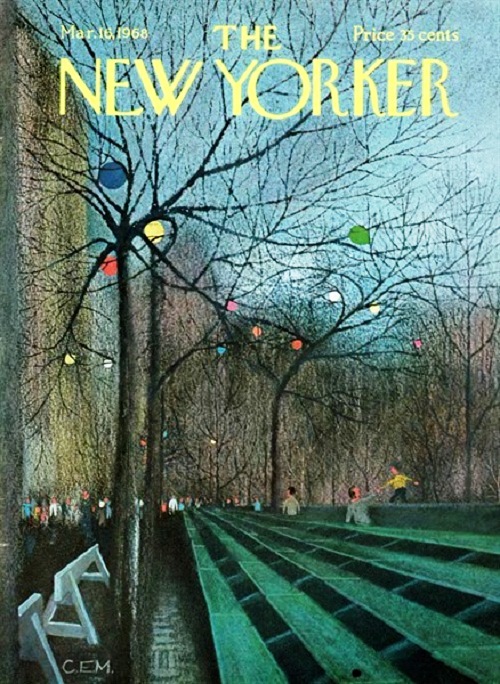 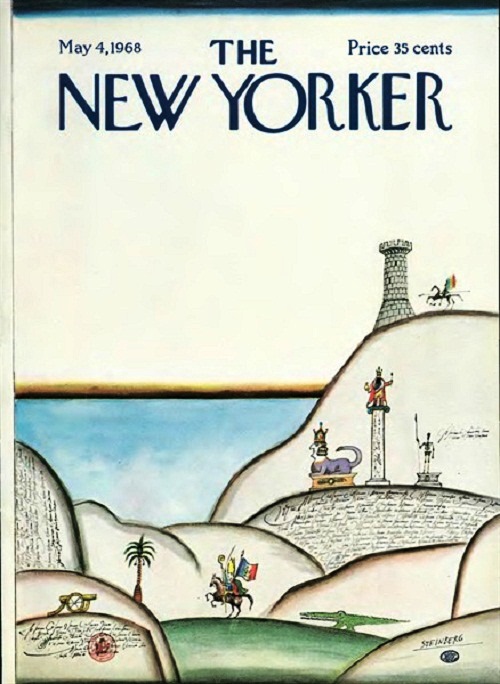 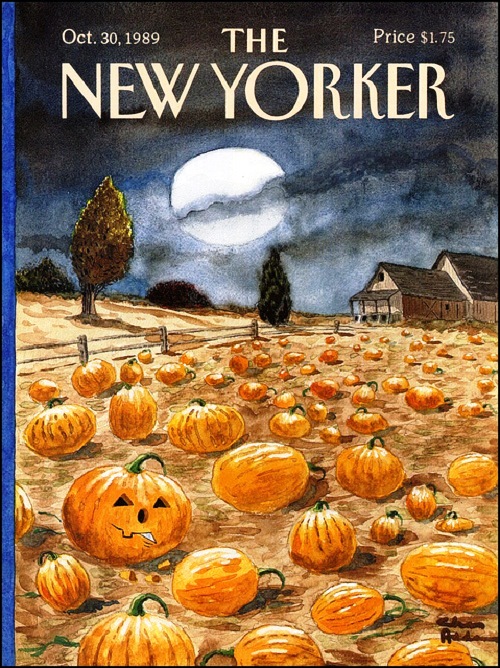 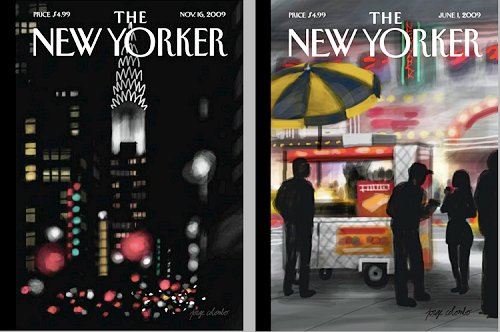 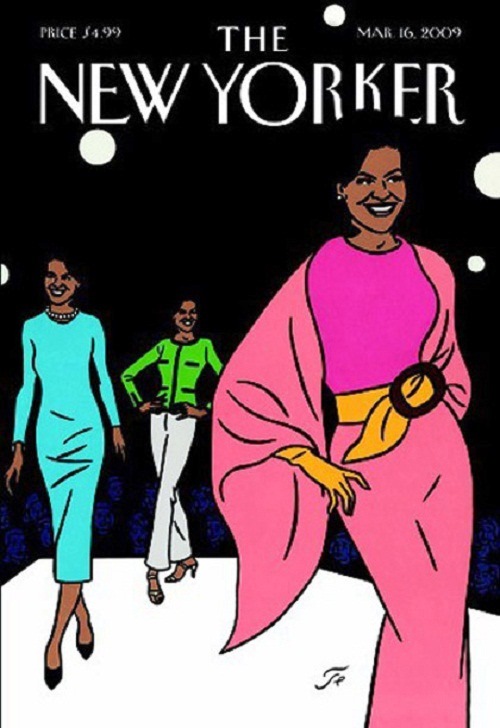 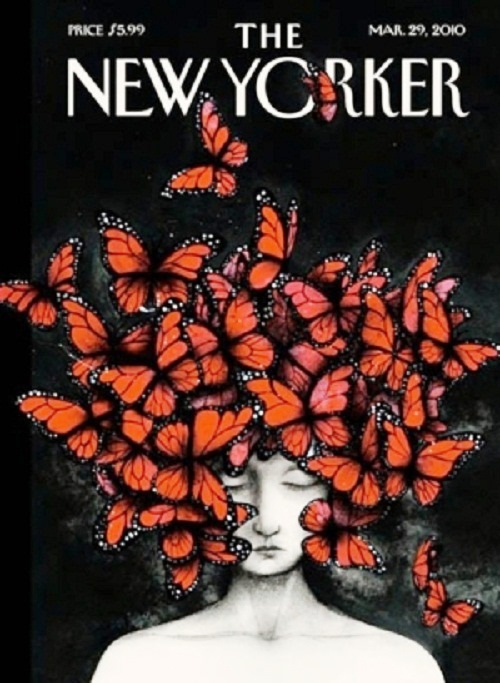 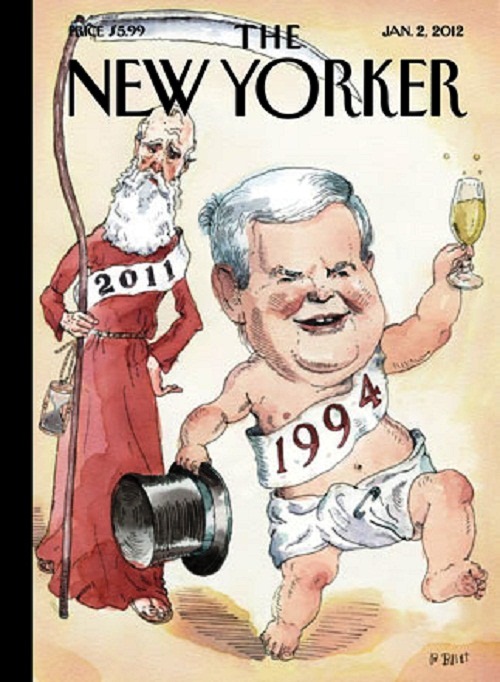