According to scientists, sand dune cat, or Felis margarita is the only felid found primarily in true desert. However, it has a wide but apparently disjunctive distribution through the deserts of northern Africa and southwest and central Asia. The color of the fur is a pale sandy yellow over most of the body, with pallid bars which are sometimes hardly visible. In addition, it is white on the chin and underside. Besides, the mucosa of their eyelids is a striking black. Meanwhile, accompanying the large ears, the auditory bullae are also unusually large, giving the cat an enhanced sense of hearing. And this probably helps it pick up vibrations in the sand.
Noteworthy, in 2002 this small cat entered the list of Near Threatened animals, according IUCN. In particular, due to concern over potential low population size and decline. 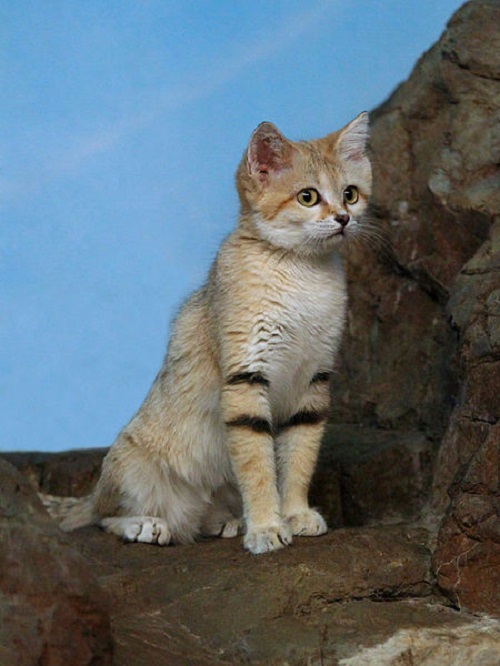 Victor Loche was the first European who described the sand cat in 1858. He named the species Felis margarita after Jean Auguste Margueritte, the leader of the expedition during which he had encountered the animal.

As of January 20, 2010, there are 26 sand cats in captivity in the United States. Captive sand cats are highly sensitive to respiratory diseases and infection of the upper respiratory tract, the main cause of death in adults. 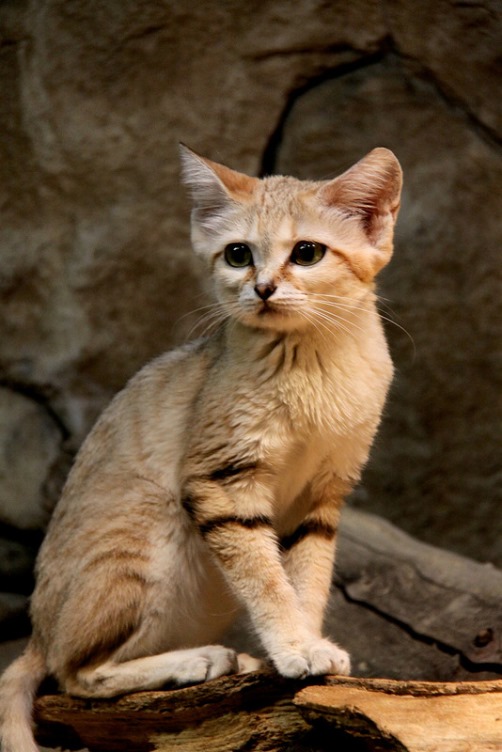 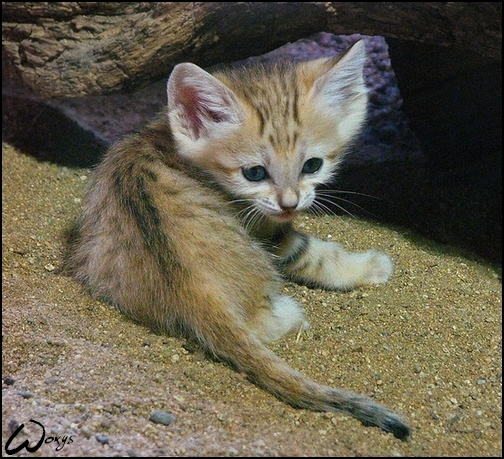 A kitten of sand dune cat 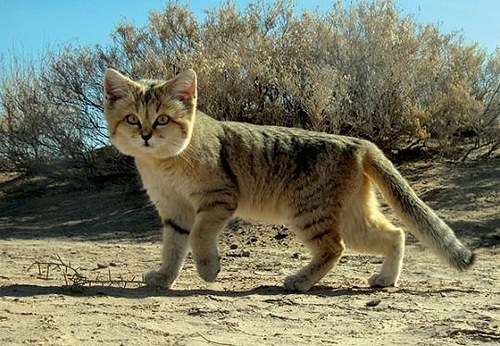 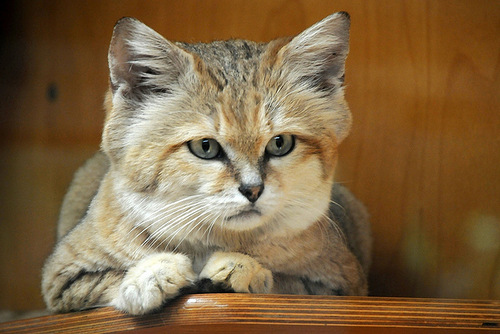 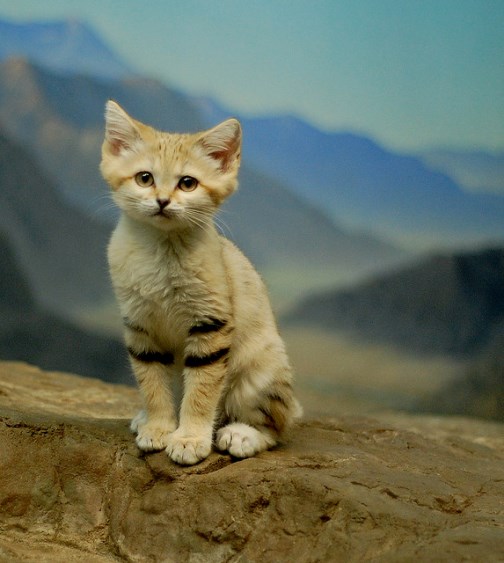 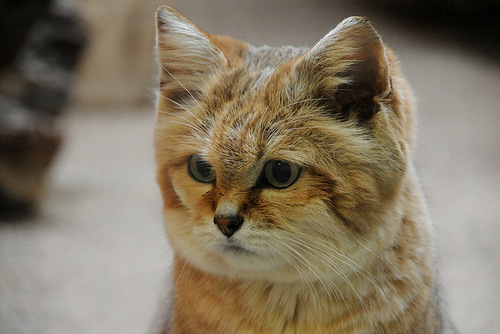 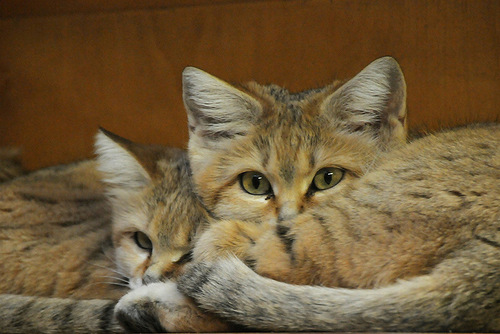 A family of sand dune cats 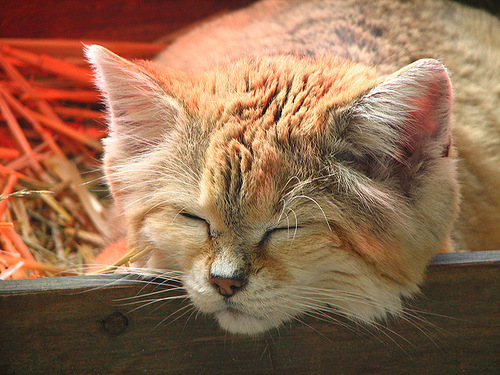 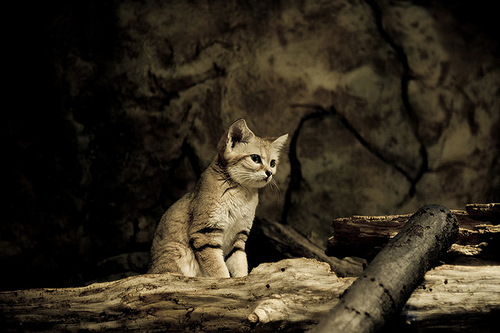 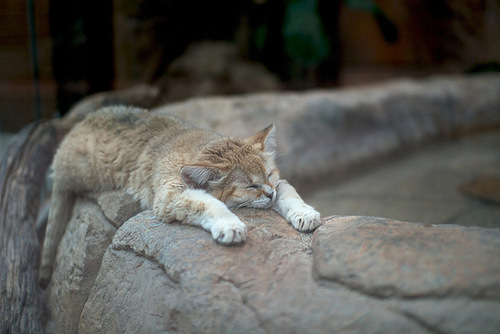 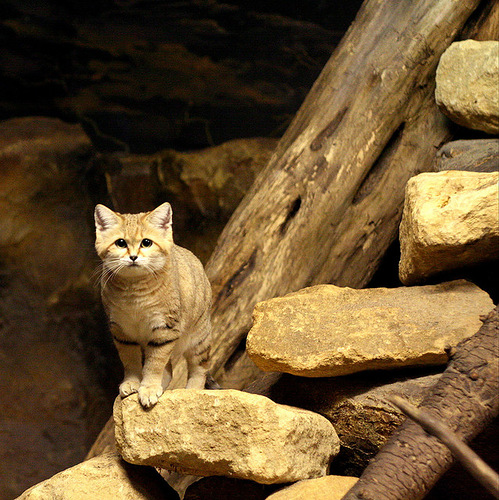 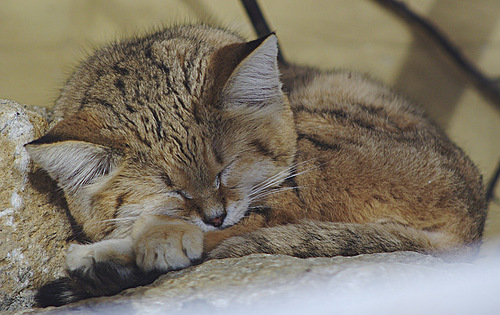 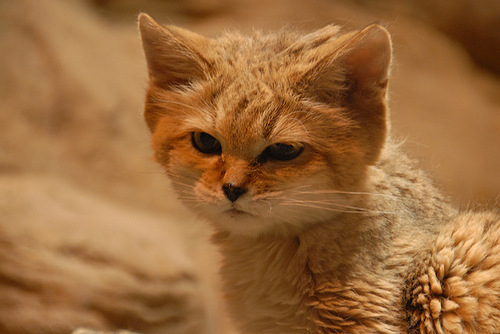 A cat of a yellow sand color 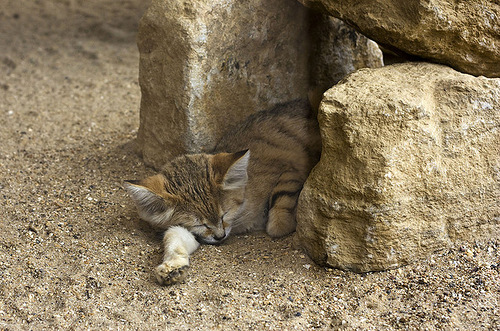 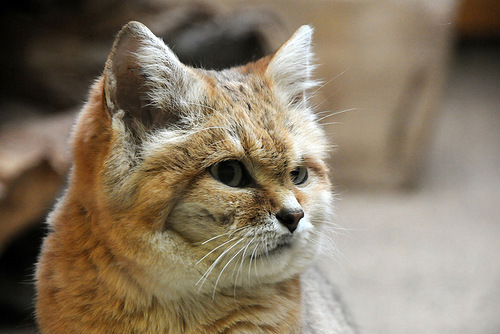 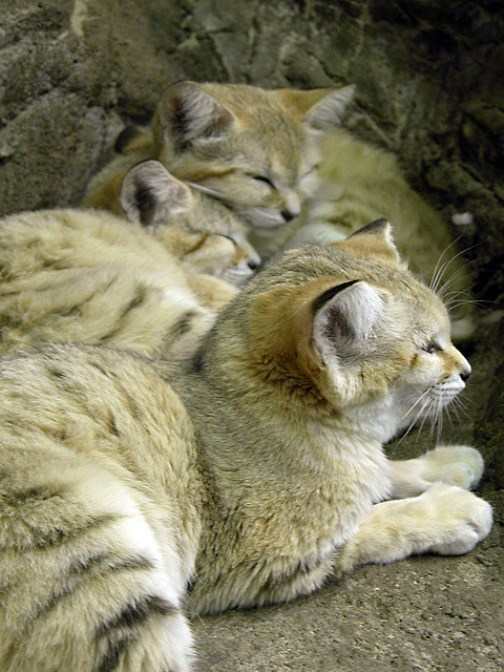 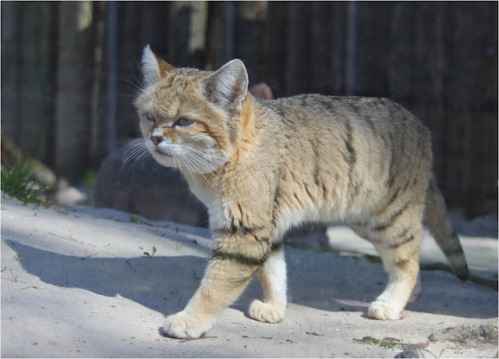 The only felid found primarily in true desert 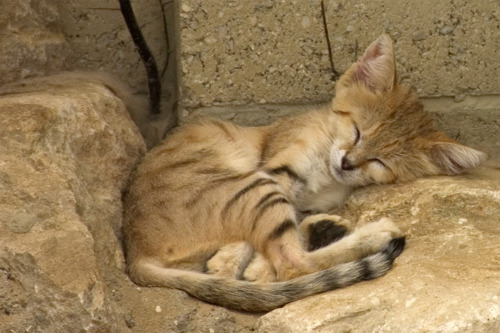