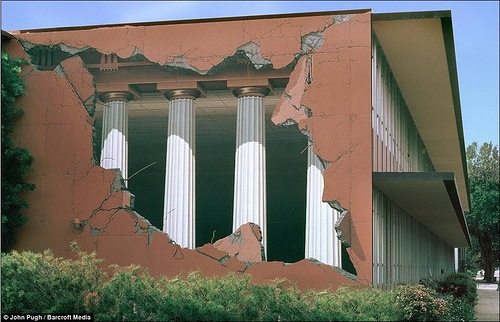 The murals by John Pugh – the Doric-style columns apparently exposed in this university hall are nothing but paint. American artist John Pugh has created more than 200 murals and is considered to be the leading proponent, and practitioner of Narrative Illusionism. Some of Pugh’s most famous “trick of the eye” pieces are presented here. His murals appear in more than 30 cities throughout the country, including San Francisco, Miami, Honolulu, and Anchorage. Pugh’s work has been featured in publications worldwide. 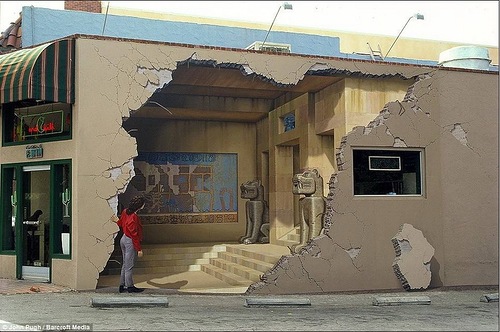 Located on Main Street in the town of Los Gatos, California, Los Gatos was one of the communities that suffered the most significant damage from the 1989 Loma Prieta earthquake. Considered the propitiatory of earthquakes, the Mayan jaguar god (as represented in the mural) is grafted with the “cats” of Los Gatos to become one of the key metaphors of this concept.

He works on a large scale in public and residential areas. And his paintings can be seen all over the world from New Zealand to Hawaii – with many telling a story of the area where they are positioned. Pugh is used to people’s amazed reactions when they pass his murals. He said: ‘They say “wow did you see that. I thought that was real.”

‘Public art can link people together and stimulate a sense of pride within the community.
‘These life-size illusions allow me to communicate with a very large audience. ‘It seems almost universal that people take delight in being visually tricked.’ Pugh is currently working on a mural for a police station in California and also one for a recreation center in Calgary, Canada. 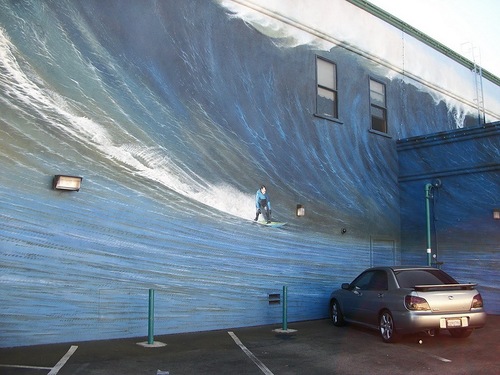 Wonder wave mural in Honolulu. Fire crews rushed to save the children from the mighty wave – before realizing it was an optical illusion 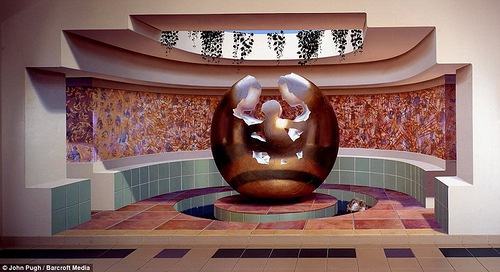 Take a pew. This looks like a nice spot to rest your weary feet on a sidewalk in Sarasota County Health Center, Florida 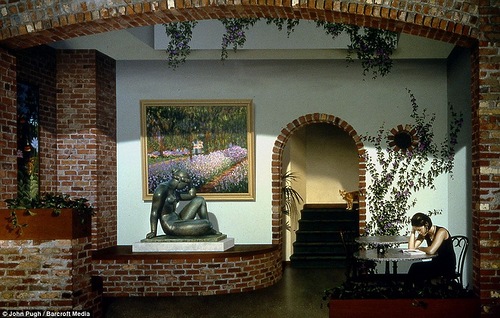 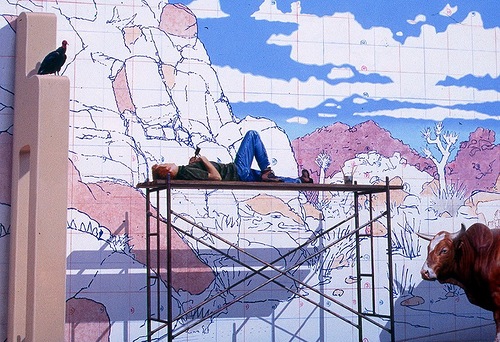 Unveiled during the Global Mural Conference in Twentynine Palms, California. Mural Having a cow 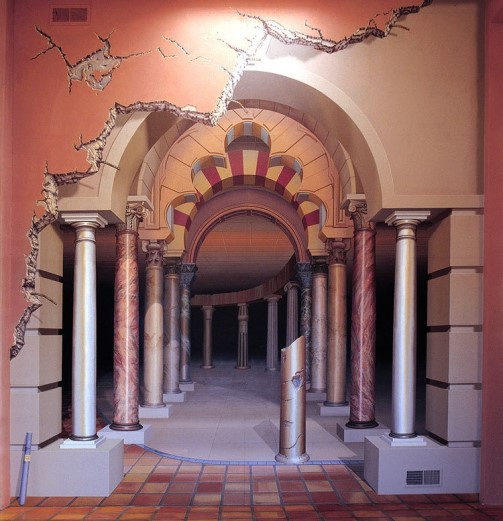 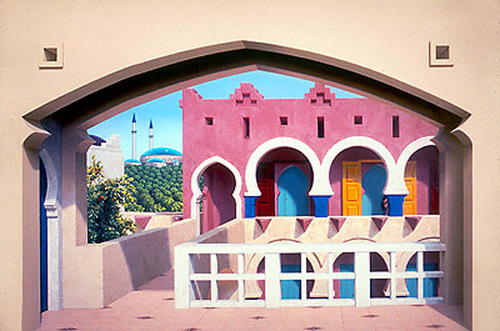 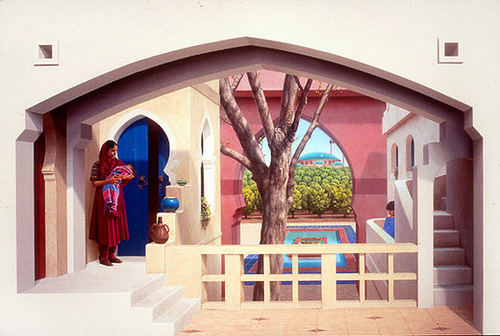 From the series – Art in Public Places, Miami, Florida 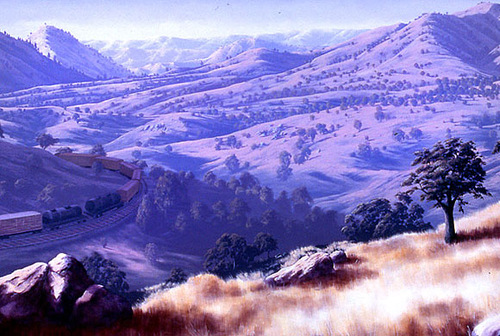 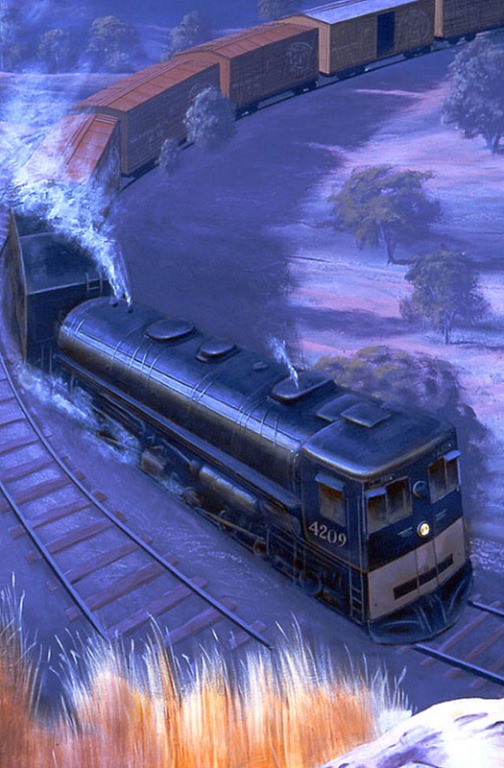 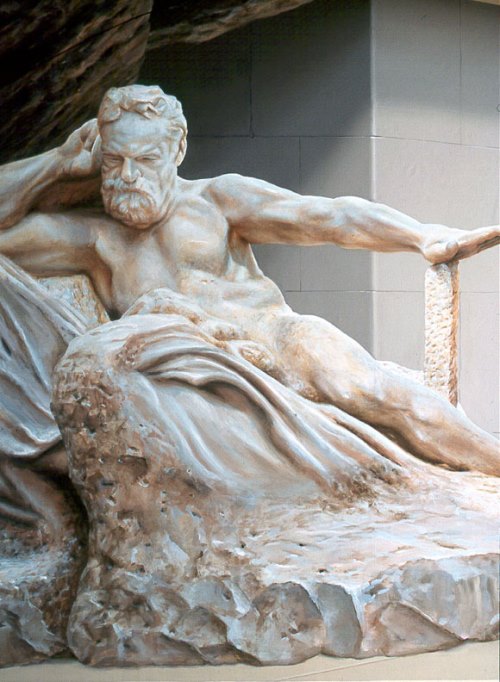 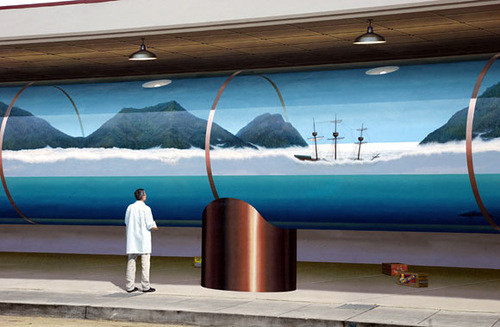 John inserts a passer-by into the mural painted in Santa Cruz, California, entitled Bay in a Bottle, who is watching the ocean scene 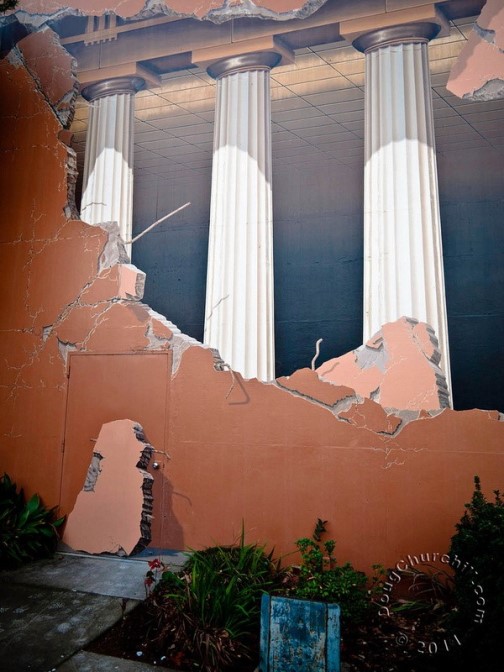 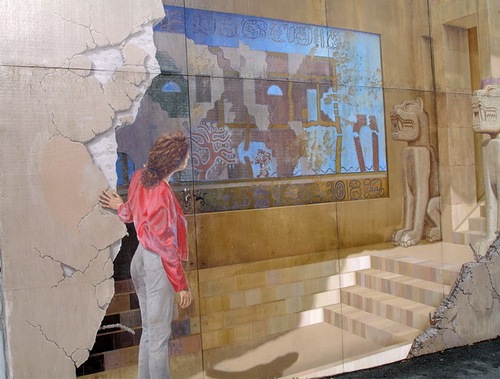 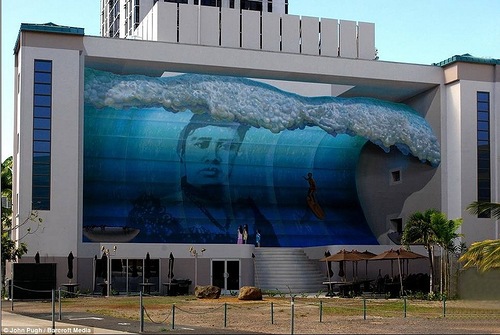 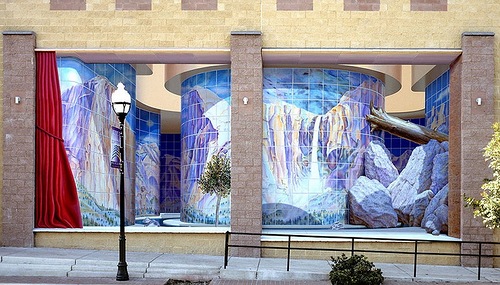 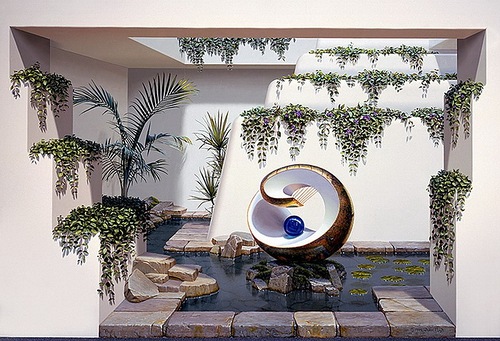 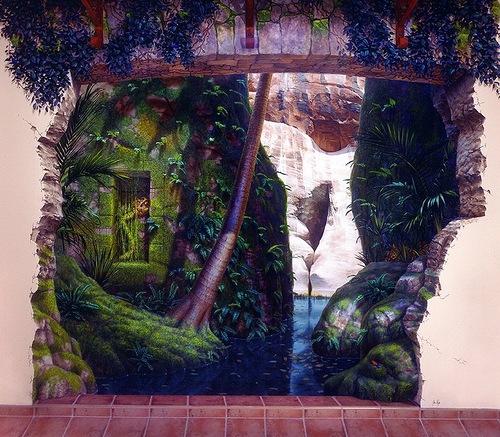 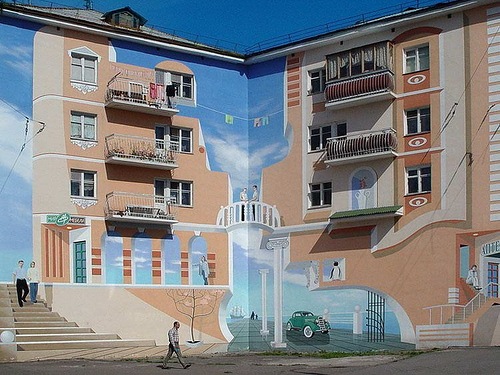 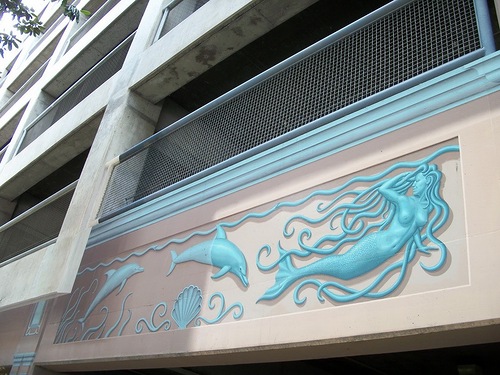 Detail of 3D mural by Pugh 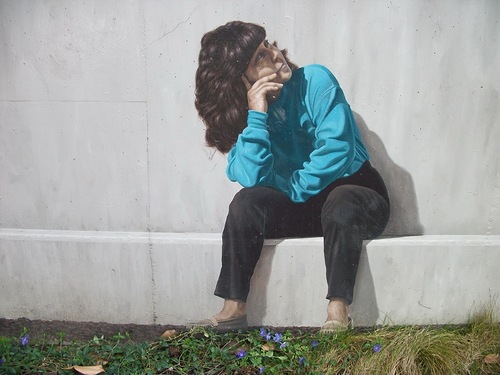 A woman in 3D realistic mural 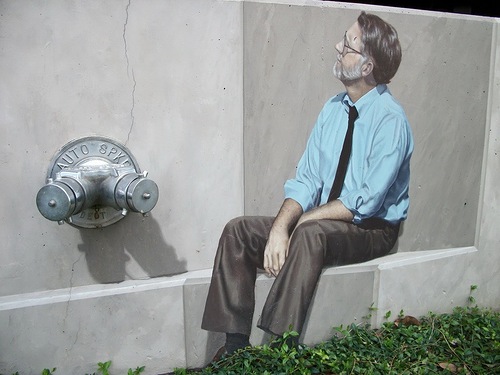 Painted on a wall man, 3D mural by Pugh 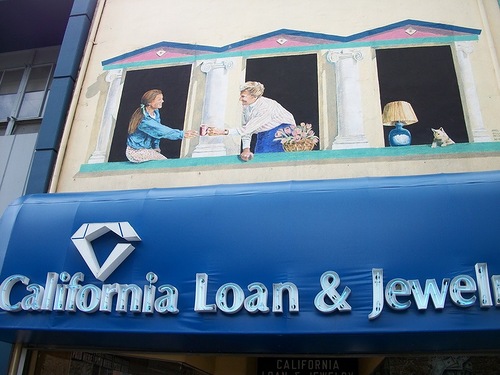 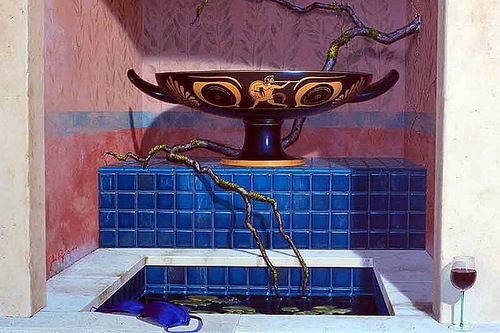 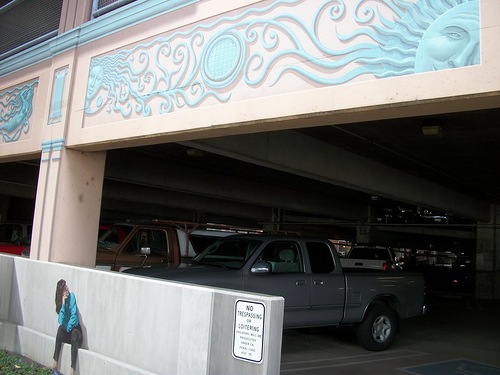