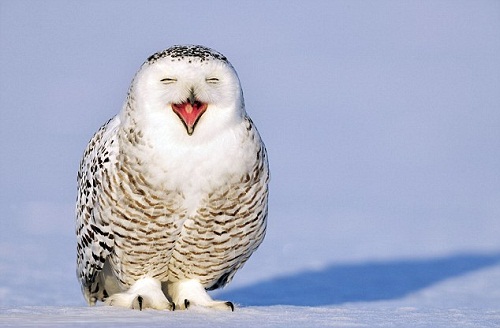 Yves Adams Wildlife Photographer 2012
The West-Flemish nature photographer Yves Adams (1978) has obtained an honorable mention in a big international wildlife-photography contest, organized by the Natural History Museum in London and BBC Worldwide. In the contest 48,000 photos from 98 countries were submitted, hundreds of images were chosen by the jury as the best nature photos of the year. Yves Adams from Zande, Belgium presented the series of images named The Great Escape. He follows birds across Europe. He sees himself as conservation photographer and cooperates with scientists. Yves hopes to be able to follow the bird roots till their breeding grounds in Siberia. 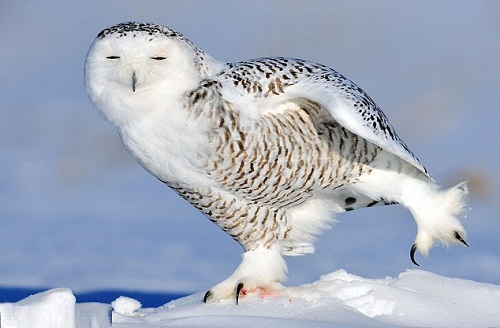 Beautiful bird Owl stretching after it woke up to freezing temperatures of -20C in Montreal, Canada. Yves Adams said: ‘I had seen the owl hunting in the area for a few days, so I tried to follow him, as he’d obviously found a good spot. 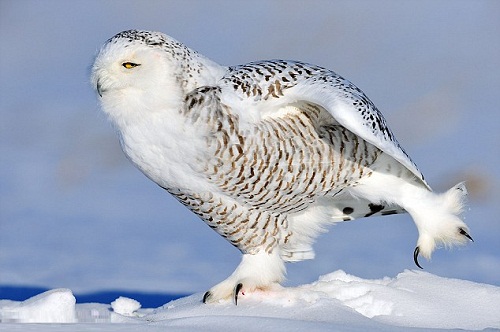 ‘I have a lot of respect for these northern birds. I was able to retreat to my warm hotel room each night, but this bird had to stay out all night, often with strong blizzards at night, with very low temperatures.’ 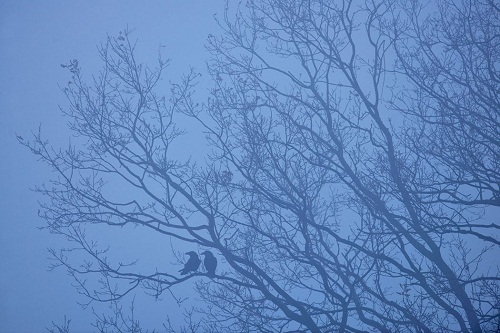 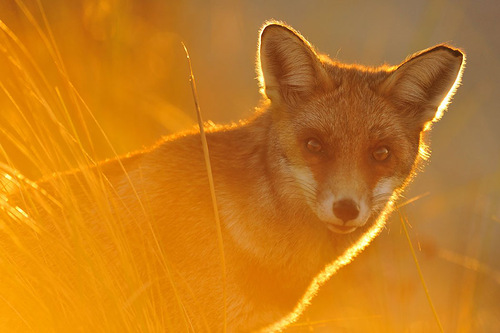 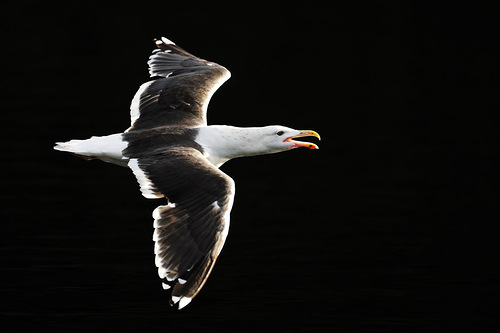 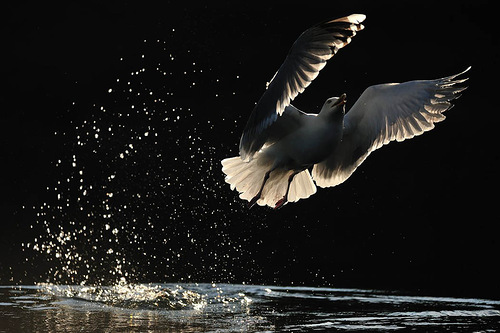 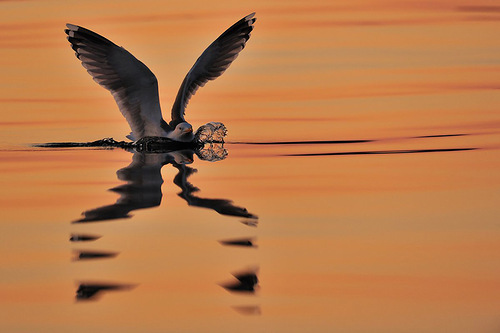 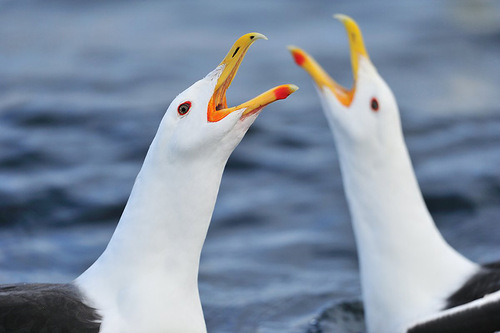 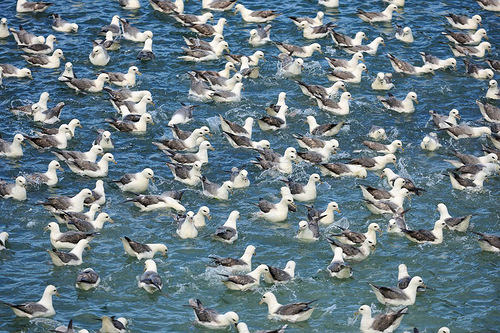 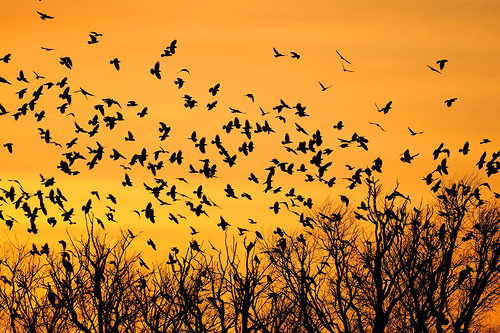 A flock of birds on the sunset background 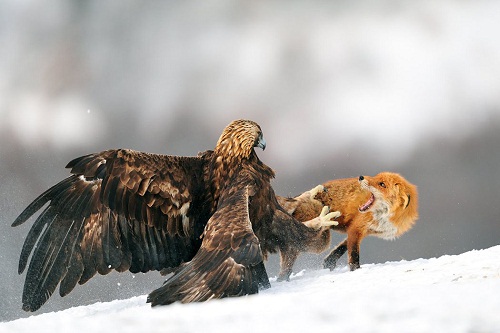 A tough talk – a fox and an eagle 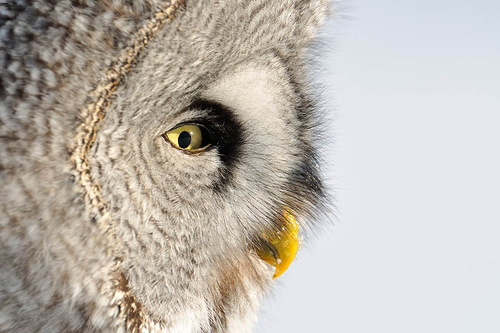 Portrait of an owl, closeup 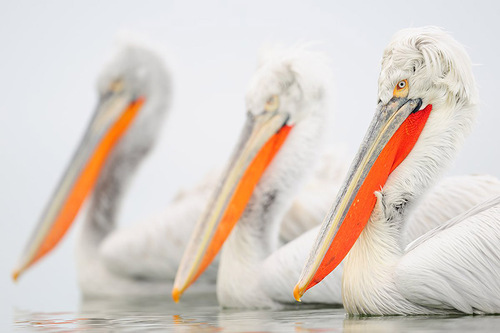 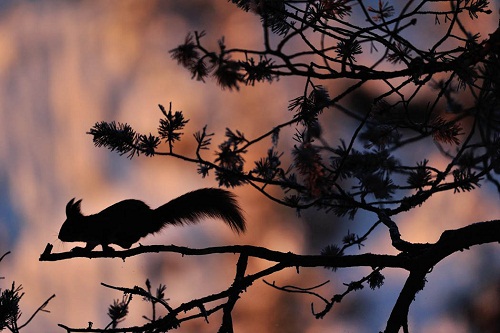 A squirrel in the night 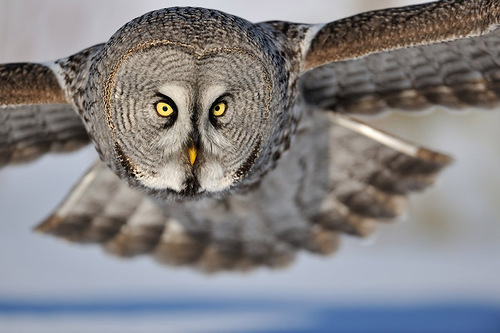 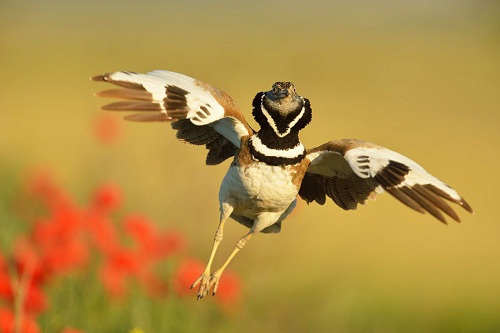 Funny photo of a flying bird 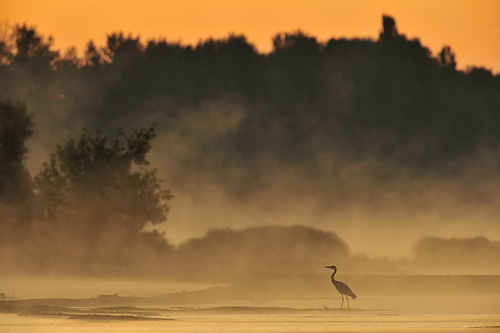 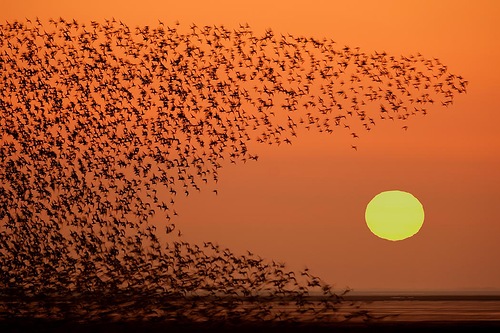 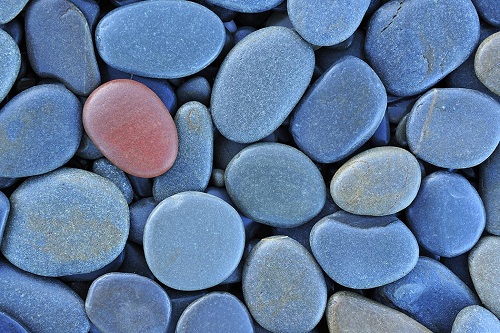 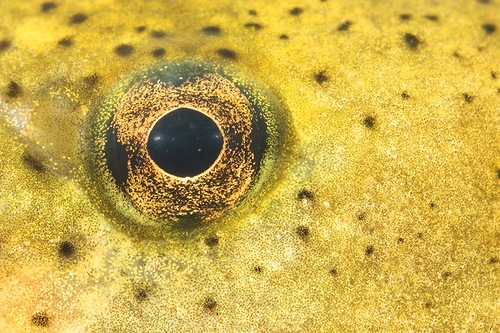 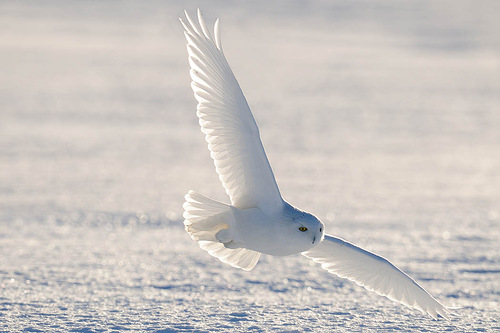