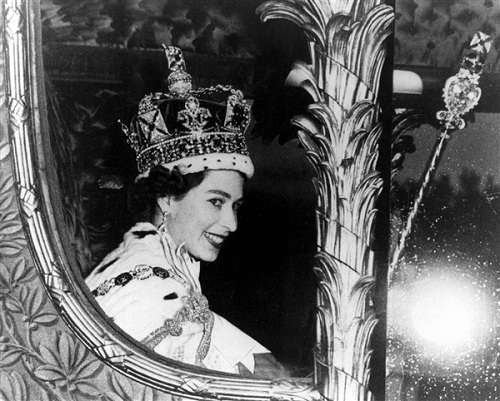 Kings, queens and monarchs have always been in the most advantaged position to accumulate wealth. The Forbes has published the list of the 15 wealthiest monarchs on the planet as of January 29, 2013.
Queen Elizabeth II, her status: 60 billion pounds, or $94,8 billion. The traditional counting does not take into account the unique objects that are treated as public property, and gives a very modest amount of several hundred million dollars. Meanwhile, taking into account the cost of Buckingham Palace, Kensington Palace, St. James’s Palace and Holyrood, Windsor Castle and other properties owned by the Royal family and the Royal art collections. So the British monarch takes the first line in the list of most wealthy colleagues.

Basis of a Saudi King is oil, which brings the State about $ 1 billion a day. In addition, Abdullah bin Abdulaziz Al Saud owns vast stables, which collection of the best Arabian horses (the monarch is known as a passionate rider and founder of the Equestrian Club in Riyadh), and a good majority of the cars in the garage, which is exclusive or antique. 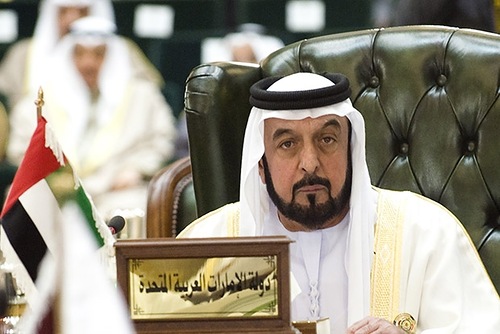 Abu Dhabi Sheikh and current President of U.A.E. is rich with oil produced in his country. This is not surprising: 80% of the oil reserves of the United Arab Emirates are concentrated in the Emirate of Abu Dhabi. In addition, the Caliph gets good income from investing its own funds in various sectors of the world economy. 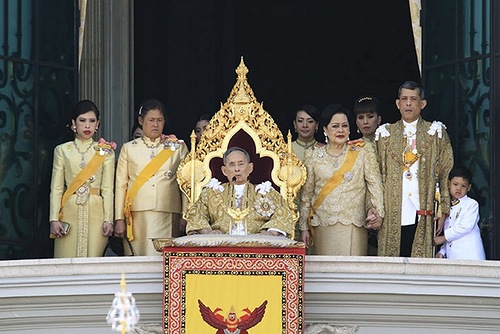 Thai monarch is not only one of the richest monarchs in the world, but also one of the most assiduous: much of his fortune he spent on the development and implementation of more than 3000 projects for the development of agricultural land in the country. However, this is not surprising: “part-time” King heads the Royal Thai real estate agency that owns huge parcels of land in the country. In addition, World widely known for Royal collection of gems, which seriously affects the size of monarch wealth. 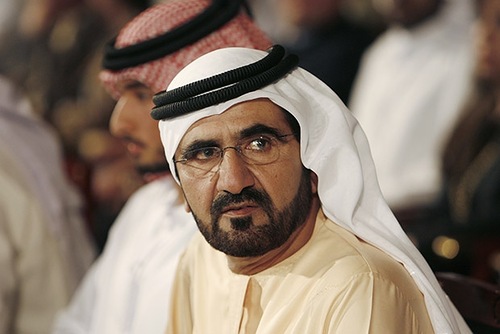 The Emir of Dubai currently holds the post of Prime Minister of U.A.E. and, like the Saudi King, known for his horses, his stable is considered one of the largest and most expensive in the world. And of course, much of the state is made up of oil stocks, which boasts the Emirate of Dubai, as well as income from investments in different sectors of the world economy. 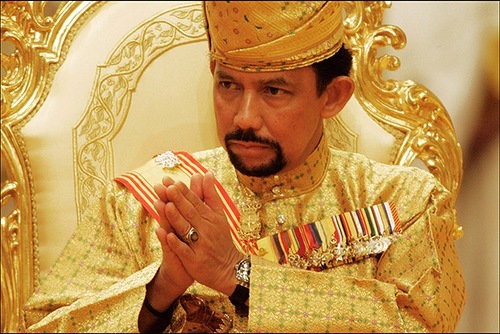 The most famous treasure of Brunei Sultan (besides the oil produced in the country), a collection of cars, which counts from 3000 to 6000 cars, many of which are in extremely limited quantities or just in a single copy. Sultan is also famous for the Palace Istana Nurul Iman (the Palace of light) of over 200000 m2. with 1788 apartments and 257 bathrooms. 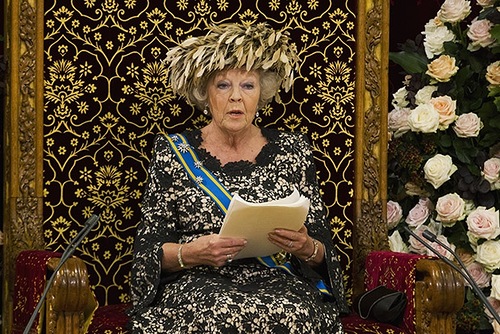 Queen Beatrix Of The Netherlands

Traditionally, the Queen of the Netherlands is estimated at $ 300 million — but that excluding the Royal share of shares in Royal Dutch Shell (it is around 25%) as well as the cost of the Royal collections of art and jewellery. with all these riches total State of Beatrix, who said the other day about her impending abdication, is valued 30 times larger and allows her to enter the top ten of the richest monarchs in the world. 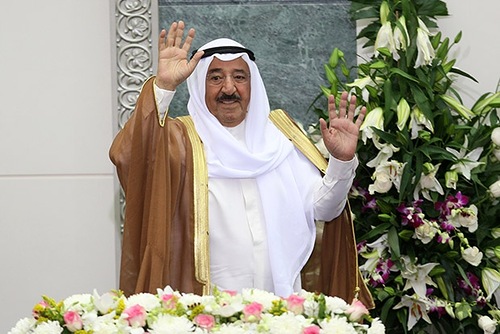 The annual “Scholarship”, Sheikh Sabah, down from its share of oil revenue — $ 188 million, and these payments formed the basis of the Kuwaiti monarch. But the Emir is well aware that oil resources are finite, and therefore now trying to prepare their country for the life in the post oil era, initiating economic reforms, which led to simplification of rules of land privatization and facilitating environment for attracting foreign investment. 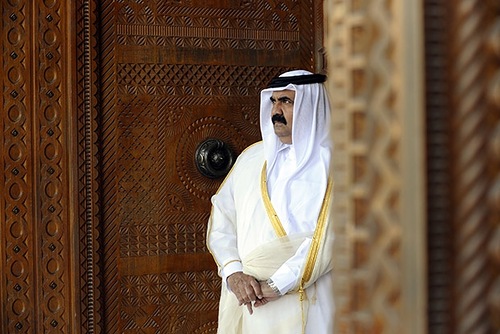 The current Emir of Qatar came to power after deposing his father, carelessly left on vacation in Switzerland. With their Middle Eastern counterparts Hamad enjoys a worldwide reputation as a progressive leader: the first of the countries of the region, Qatar has granted suffrage to women. While the growth of the already considerable State Emir ensured reforming gas production industry of the country, creating ideal conditions for attracting foreign investment from the world’s biggest mining companies.

Creator of the Sultanate of Oman, which arose after the unification of the Sultanate of Muscat and Oman — winner of the imams of yet another “oil” State. In addition, a considerable share of wealth is built in 1972 of Qaboos, Royal Palace of Qasr al Alam overlooking the main harbour of Muscat, and several yachts (including a 155-metre long Al-Saeed “, named after owner) in Division I of the Royal yacht ROYAL NAVY of Oman. 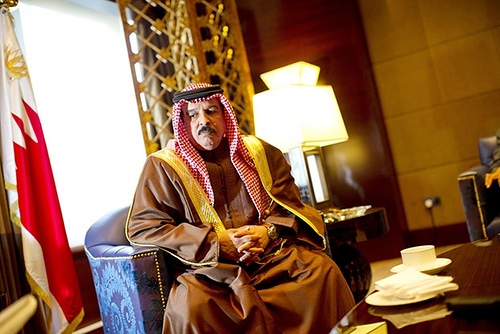 A passionate lover of Arabian horse in the ranking of the richest monarchs. Established in 1977, Hamad Amiri’s stables a year later were included in the list of the world Arabian horse organization and today is one of the largest and most expensive in the world. Basis of the King of Bahrain — oil, like many of its Middle Eastern counterparts, as well as revenues from international investments, with which the special Royal Foundation. 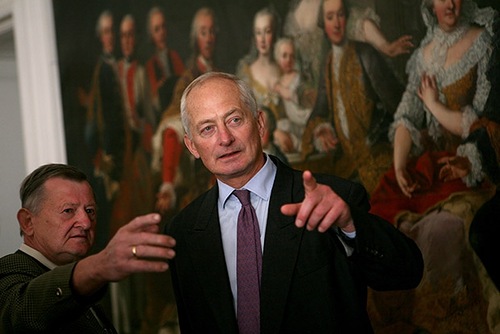 Hans-Adam II, Prince of Liechtenstein. 15 wealthiest monarchs of the world

The main source of wealth is the current ruler of the small Alpine State is a family-run Bank LGT. In addition to financial income in the calculation of State Hans-Adam takes into account several palaces of XVII century in Vienna collected a princely family for 400 years, a unique collection of works of art, as well as more than 20000 hectares of land. 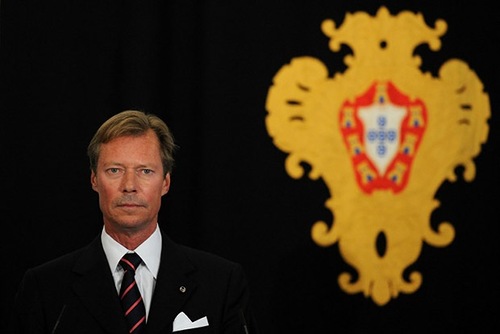 Grand Duke Henri of Luxembourg. 15 wealthiest monarchs of the world

Unlike Middle Eastern monarchs, who built their fortunes from oil, their European counterparts do not boast quite as lucrative source of savings. That’s Duke Henri of Luxembourg, a nephew of the reigning king of Belgium Albert II, disposes of a condition that develops from bank deposits, gold stocks and real estate, as well as shares of industrial companies. It is noteworthy that Henri is spending part of his income to protect wildlife, especially the unique Galapagos Islands. 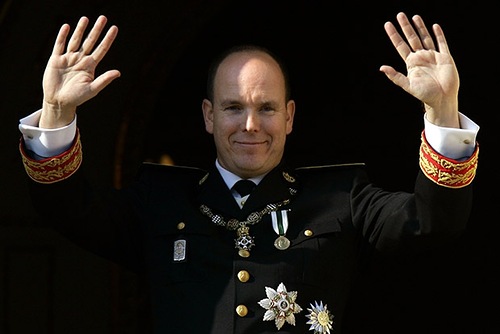 Information gathered by the princely family art collection is the basis of State of the Principality of Monaco of the reigning Prince. In addition to her, he owns an expensive antique car collection and a collection of stamps and receives a substantial income from the operations of the Casino in Monte Carlo. 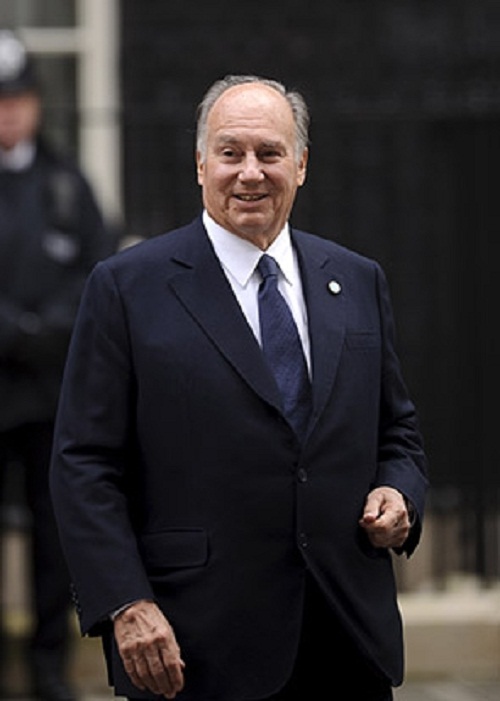 15 wealthiest monarchs of the world. The Imam of the Ismaili Nizari-Aga Khan IV

The Imam of the Ismaili Nizari-Aga Khan IV

The Imam of the Aga Khan is the head of a large Ismaili community – the Nizari (an offshoot of the Ismaili branch of Shia Islam) residing in India, Oman, Syria, Tajikistan and in Zanzibar. While Nizari doesn’t have his own State, he is equal to the current monarch: in 1957, he carried the title of “His Highness”, bestowed upon him by the Queen Elizabeth II. Aga Khan IV is the owner of the herd of thoroughbred Arabian horse of 900 goals that, together with a share in one of the UK’s horse-auction homes provides an annual income of $ 300 million. To this must be added income from the management of several hotels and airlines, as well as investment in the tourist industry in Sardinia and shares of the largest industrial companies.