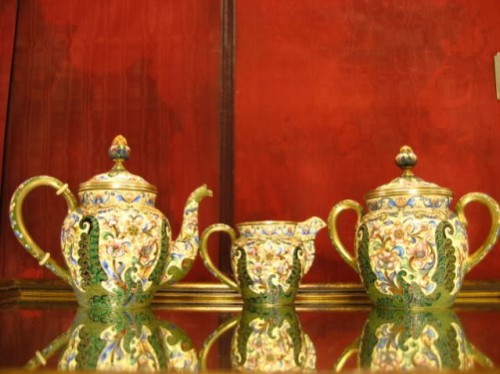 Antique Russian Silver by Faberge
Friedrich Mauritz Ruckert, a German by birth, was born in 1840 in the land of Alsace-Lorraine (now the territory of eastern France), and was brought to Russia at the age of fourteen – either by Prince Yusupov or by Golitsyn. In Russia the jeweler was named Feodor Ivanovich Ruckert. In 1886, Fyodor opened his own studio of silver products. Beautiful works of Russian jeweler Feodor Ruckert have individual style, with the characteristic elements of Russian Art Nouveau. In 1887 he signed a contract with the Moscow branch of Faberge. Up to 80% of all Ruckert’s workshop products came out with the stigma of “Faberge”. The special color, filigree created a special unmistakable artistic style of Ruckert. 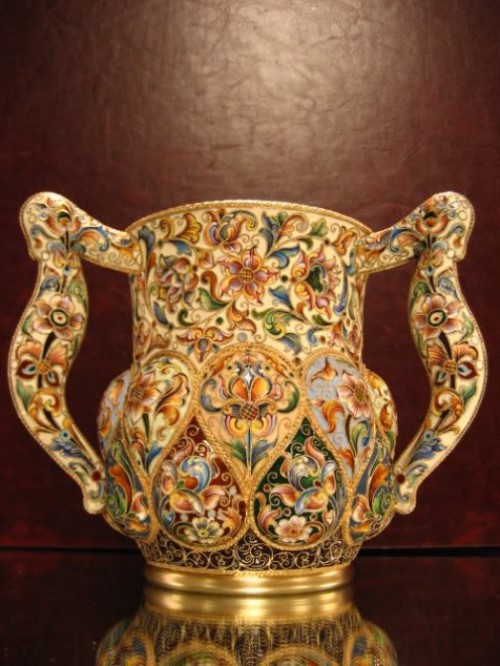 In fact, Feodor Ruckert never worked exclusively for Faberge, but, nevertheless, he was the main supplier of enamel in the Russian style. Feodor Ruckert produced silver decorated with enamel on filigree miniatures on the theme of Russian history, the boyars’ life and folklore. Sometimes they are copies of paintings by famous artists of the time – Makovsky, V.Vasnetsov, I.Kulikov, K.Lebedev, and S.Solomko. 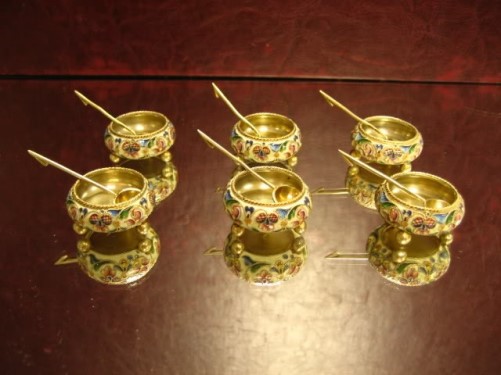 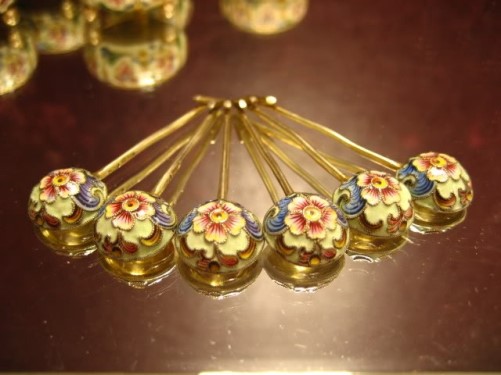 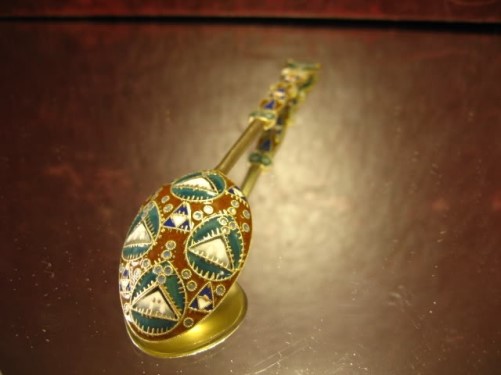 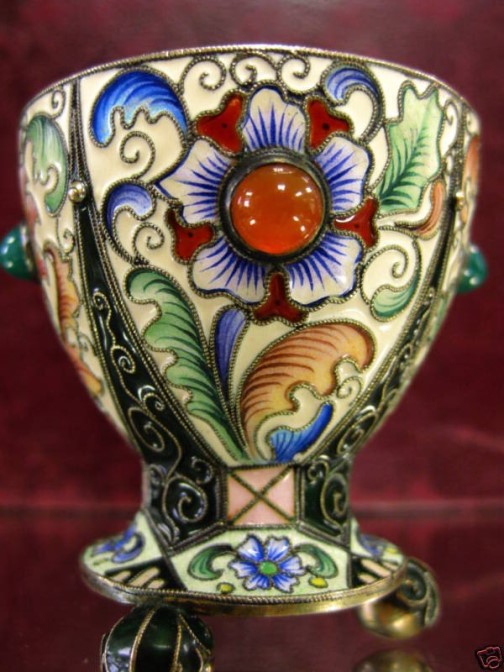 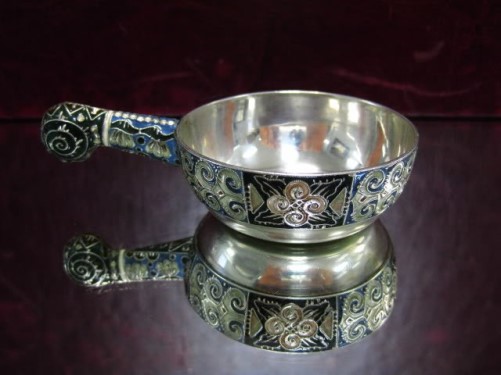 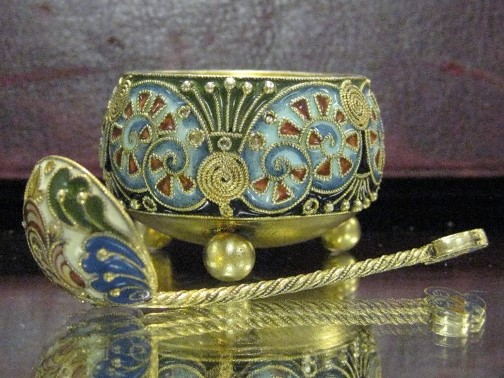 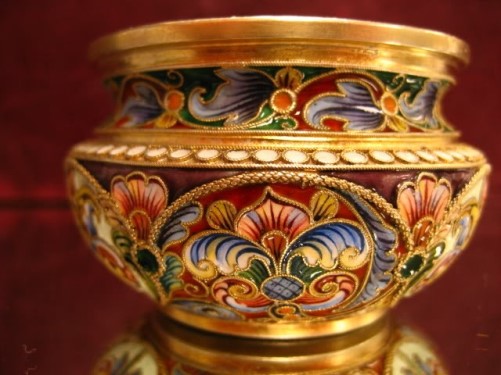 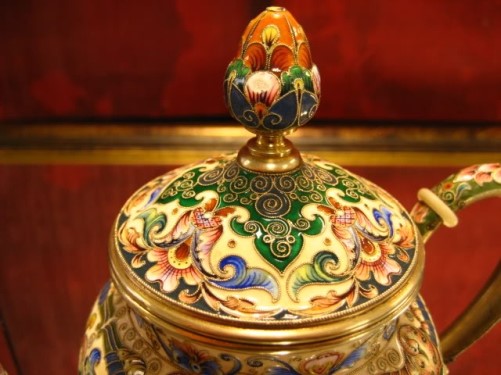 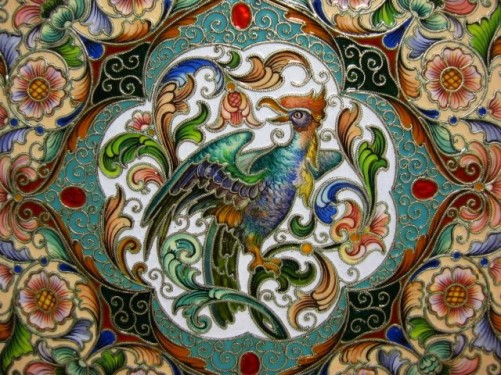 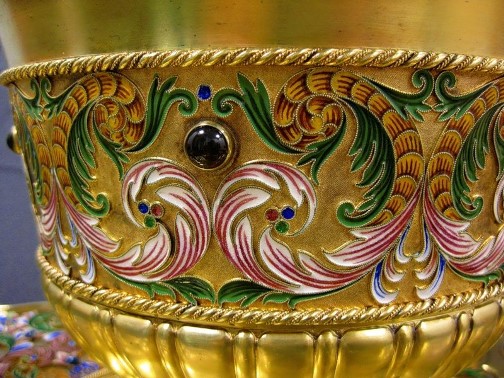 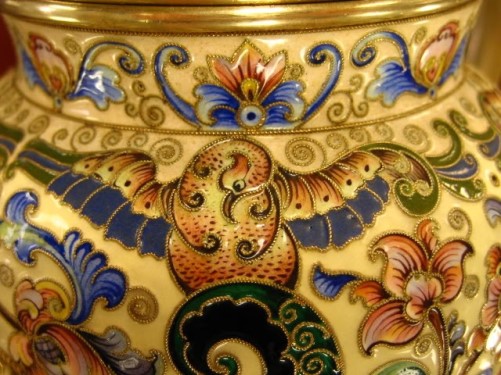 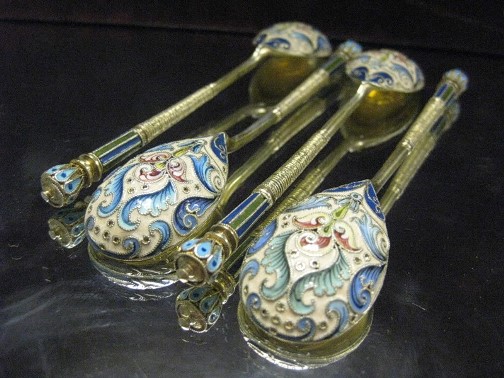 Handmade enamel and silver spoons made by Feodor Ruckert 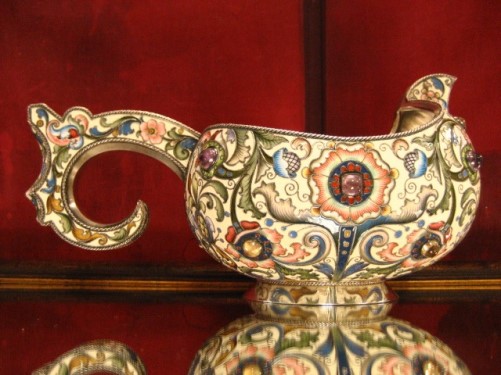 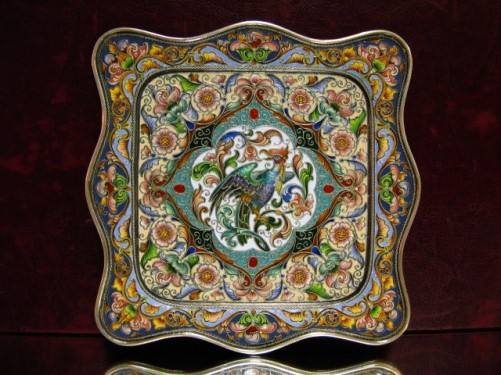 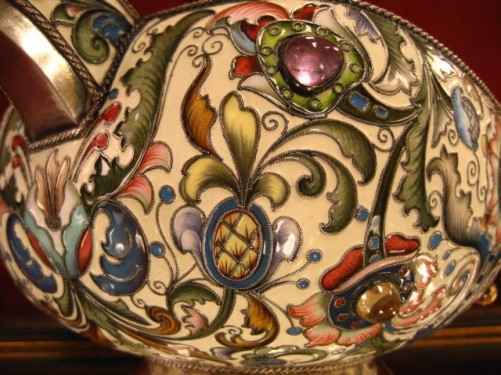 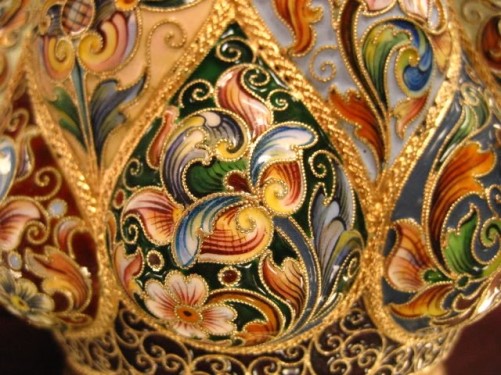 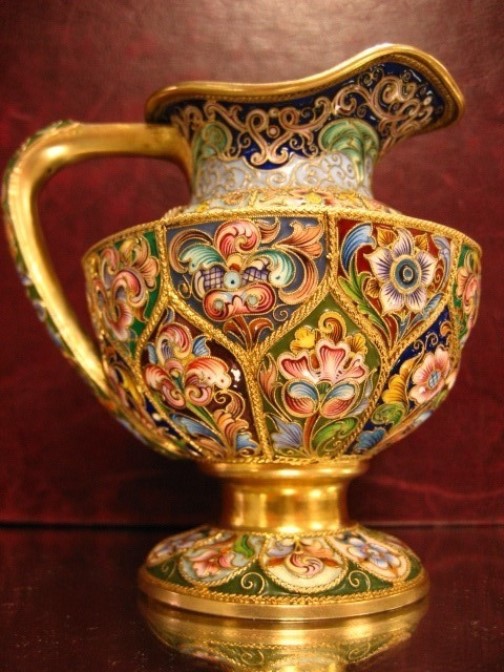