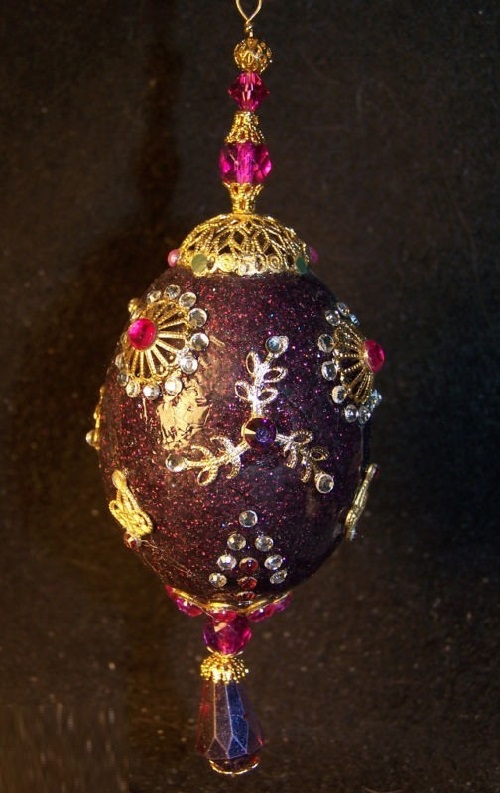 Faberge Eggs with Swarovski crystals
First of all, I want to explain what Faberge means for the Russians. Traditionally, Christmas comes after the New Years Day in Russia, in particular, on January 7. This explains the fact, that for the Russians Christmas is not the most celebrated holiday. And all enthusiasm and forces they put into the New Year’s day. However, Easter is the holiday with all the hoopla. That’s why the egg is so important to the Russian people. It signifies spring, resurrection, a new life, according to the last living member of the Faberge family, Tatiana Faberge. She is the great-granddaughter of Peter Carl Faberge (1846-1920), the creator of the incomparable Faberge eggs. Commissioned by Czar Alexander III and his son Czar Nicholas II for the royal family of pre-revolutionary Russia, they decorate the best museums now. 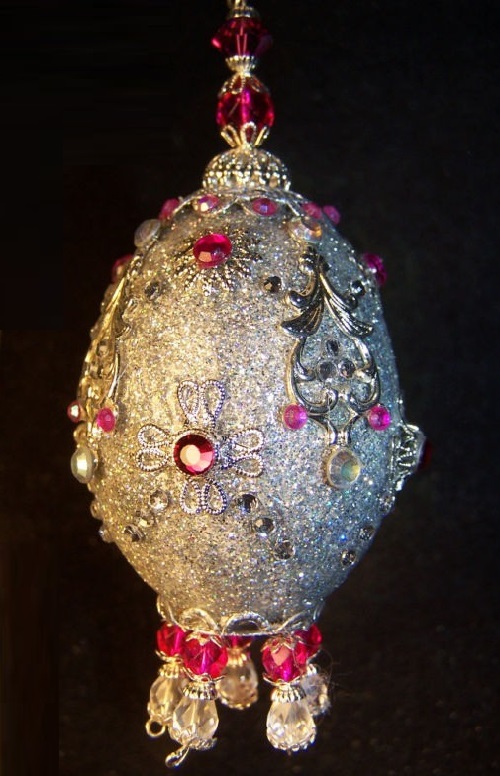 Faberge eggs are among the icons of European decorative arts in the late 19th and early 20th centuries. Their exquisite craftsmanship, inventive designs and whimsical approach remain unrivaled even a century later. Just one Faberge egg, carved from rock crystal and inlaid with 4,508 diamonds, fetched $5.6 million at auction. The list of collectors of Faberge eggs is topped by billionaire Malcolm Forbes and England’s Queen Elizabeth.

Created for a special occasion, each Faberge egg contains a tiny treasure. For example, the egg celebrating the Trans-Siberian Railroad houses a 15-inch miniature train that actually runs. It folds up small enough to fit in an egg about 6 inches in diameter.

The Coronation egg contains a miniature replica of the Czarina Alexandra’s coach, complete with stairs that fold down, wheels that turn and tiny red velvet seats. The Pansy egg plays Beethoven while a miniature unicorn emerges.

For many years, Tatiana Faberge has worked as the family archivist. In 1992 she co-wrote a book,”The History of the House of Faberge,” based on the recollections of Francois Birbaum, senior designer of the House of Faberge. This was followed by a second book, “The Faberge Imperial Easter Eggs,” from 10 years of researching family records and journals, as well as archives that were kept hidden in Russia until Mikhail Gorbachev came to power.

The legendary Faberge eggs were crafted from gemstones as diamonds and emeralds, brilliant enamels in 150 different shades, platinum and gold. Today the Connecticut-based company that owns the Faberge name makes reproductions with Limoges porcelain, Swarovski crystals and hand-carved gemstones. Tatiana Faberge assists with design and inspiration. Reproductions of the eggs, sold in Hawai’i at Neiman Marcus, range from $165 to $5,000.

According to Tatiana, Eggs were not the only objects created by the Faberge firm. China, stemware, clocks, picture frames, even knitting needles were transformed into decorative art pieces.
Mysteries surrounding the extensive creations of Faberge are still unfolding. In 1997, in a deserted warehouse in Estonia, the original stamping dies used to manufacture Faberge sterling silver flatware were discovered. The dies are used in Sweden to make limited quantities of the place settings (exclusively for Neiman Marcus). 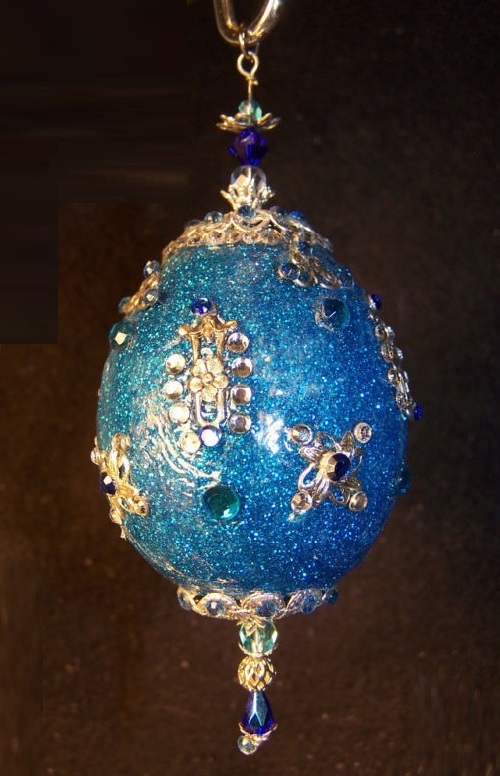 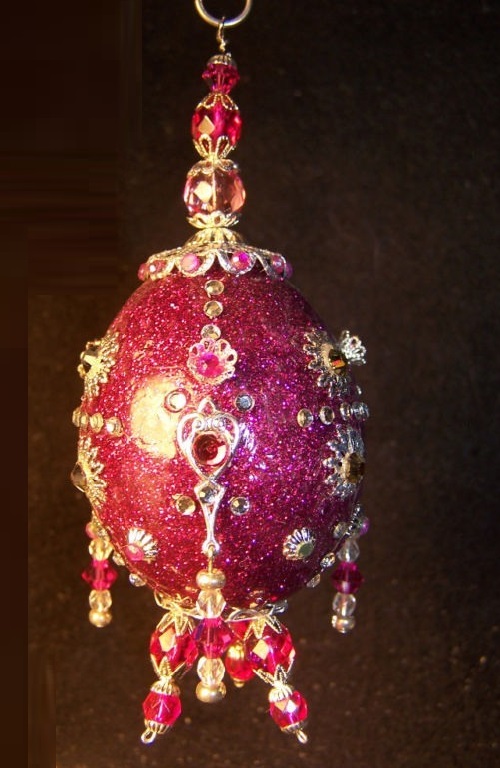 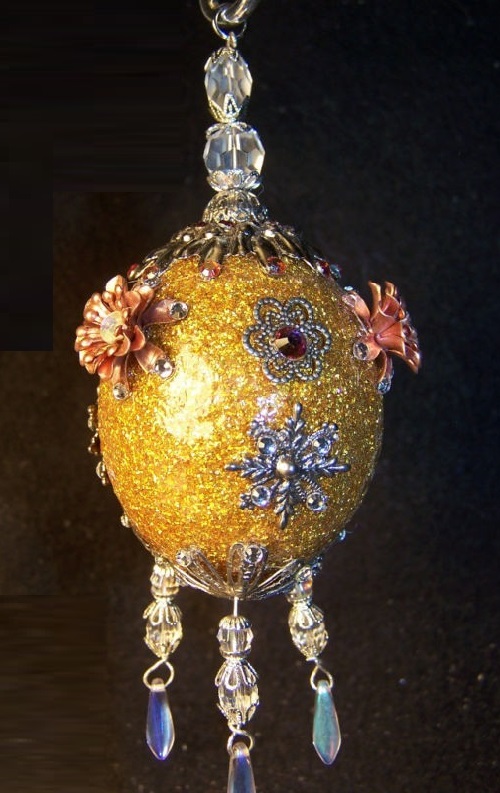 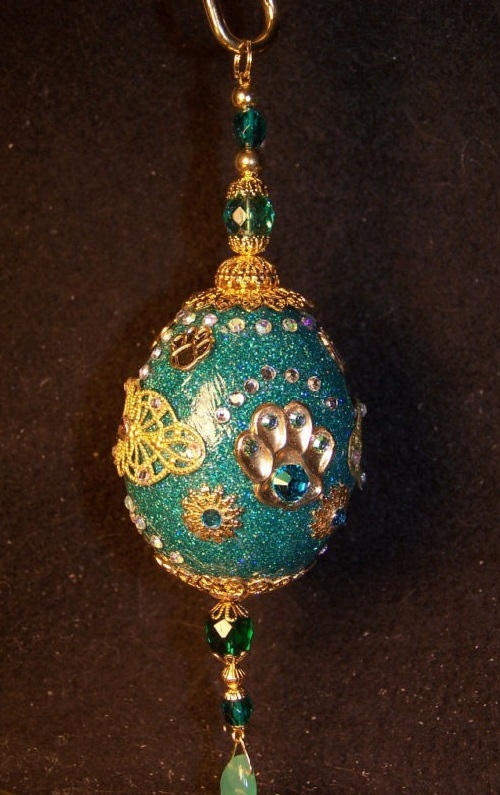 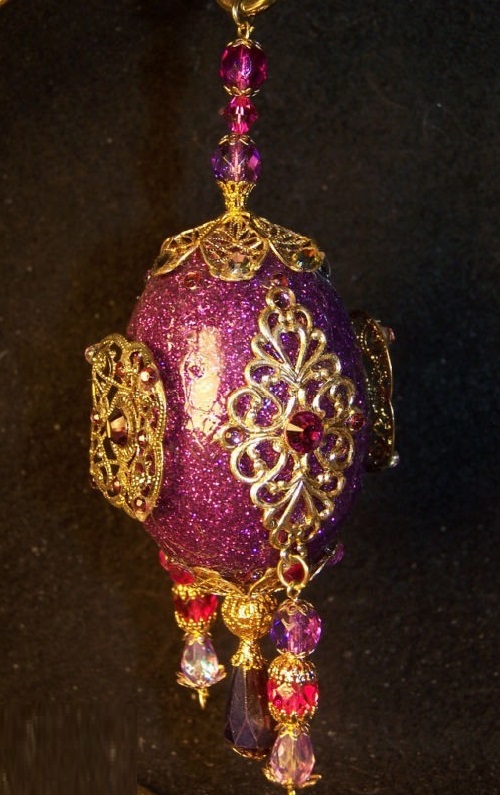 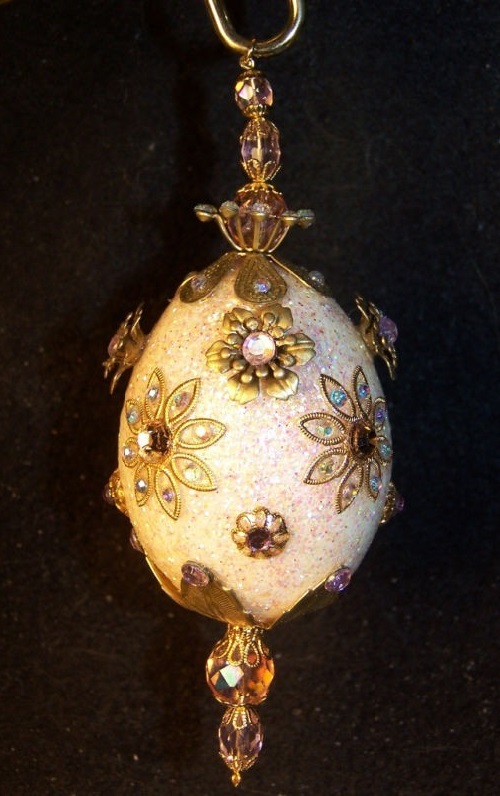 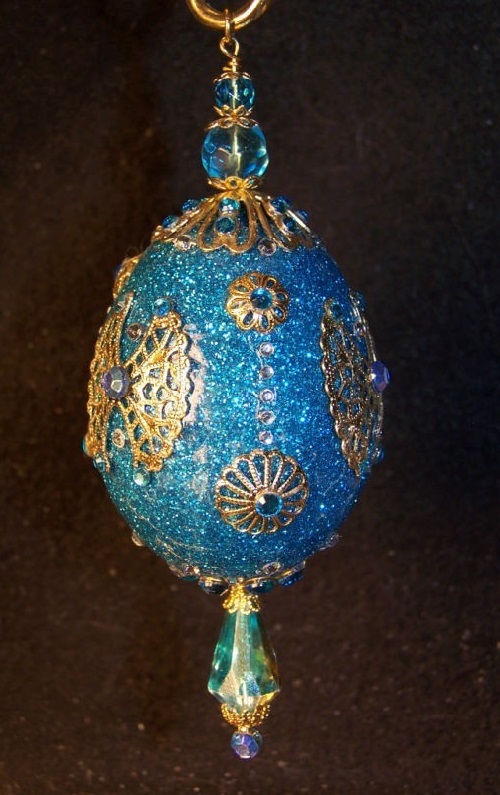 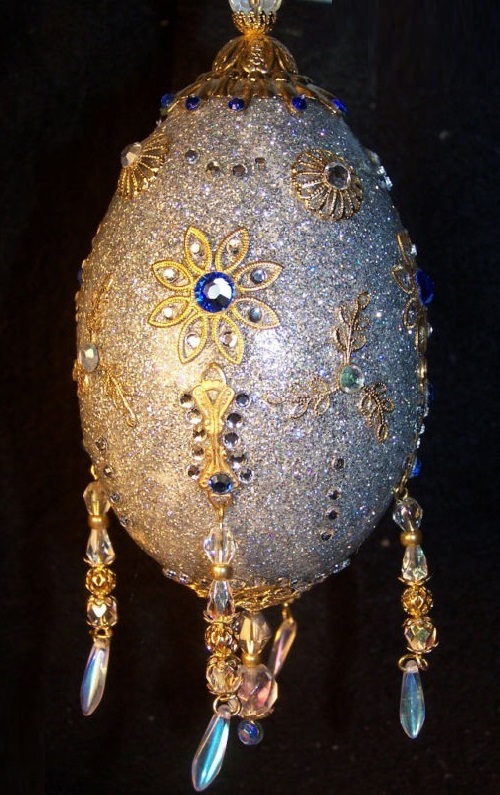 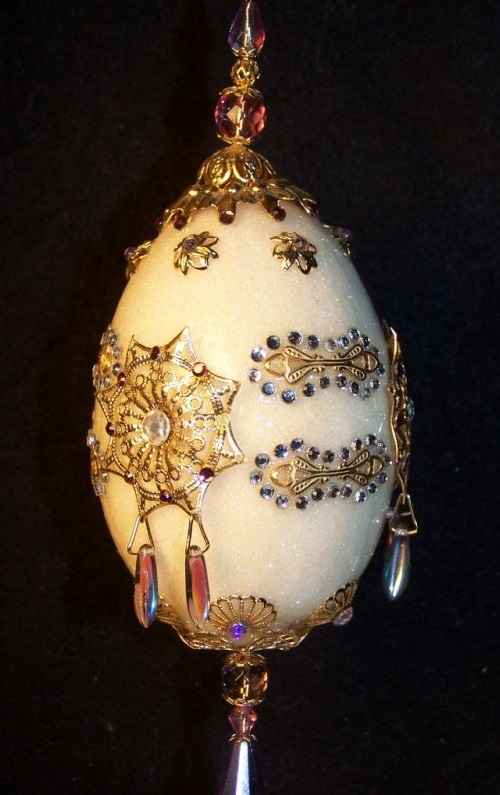 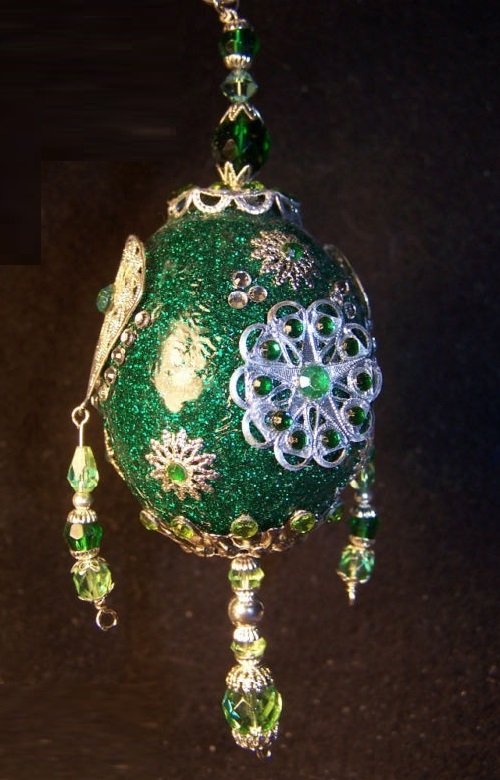 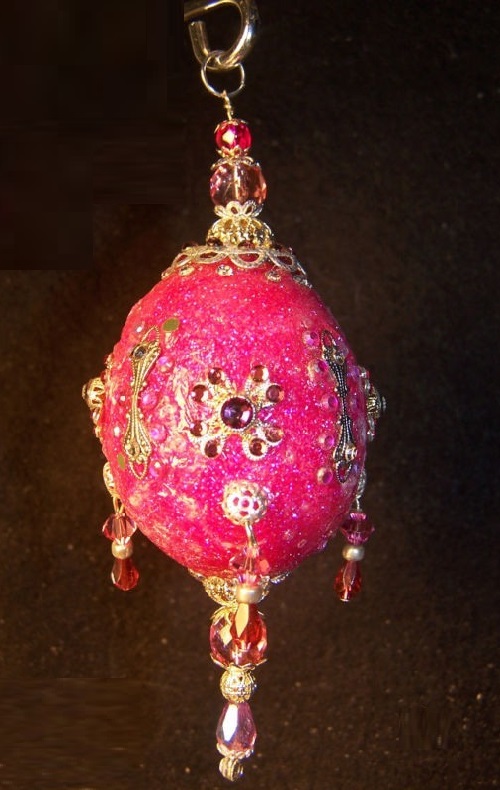 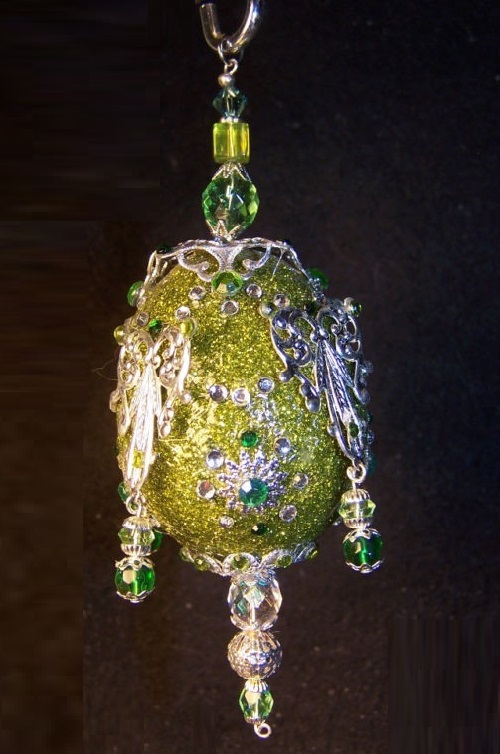 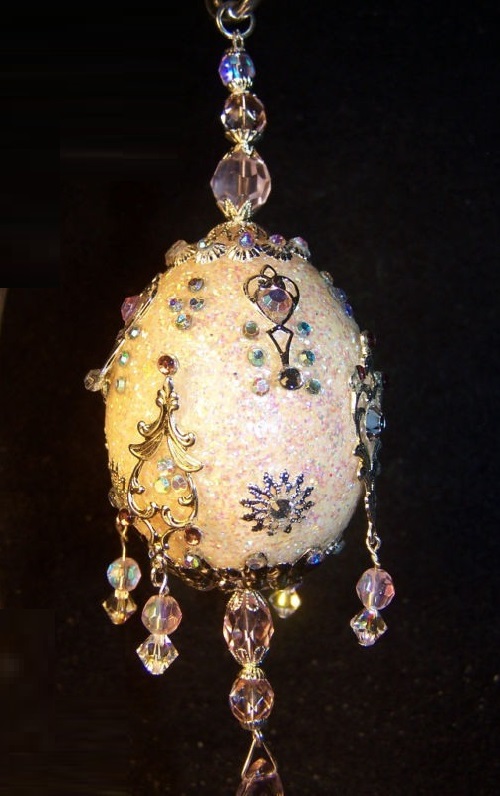 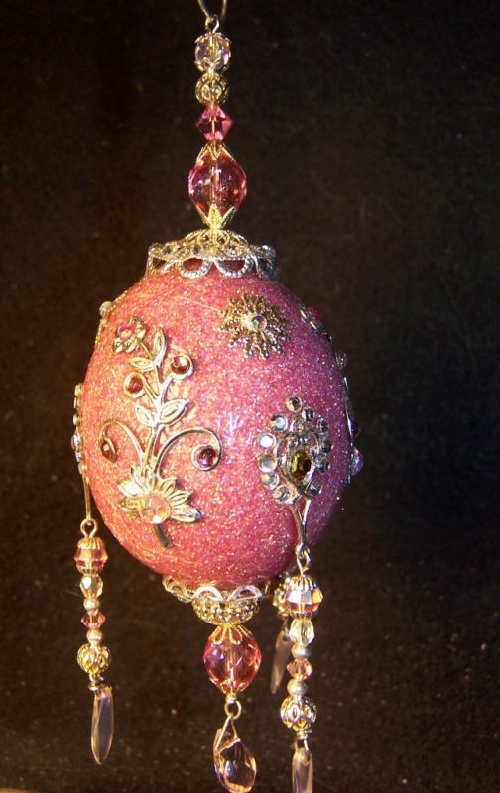 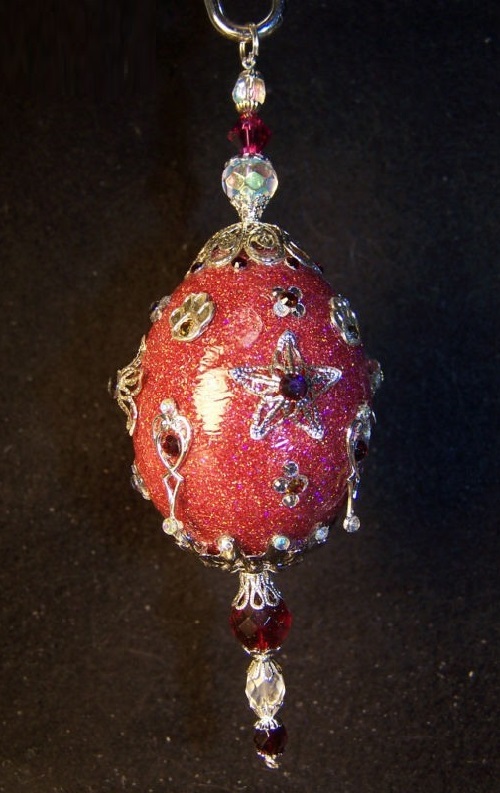 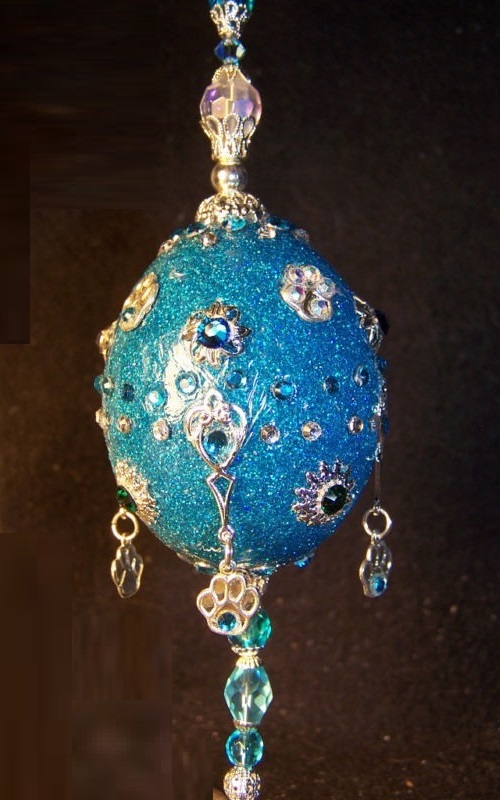 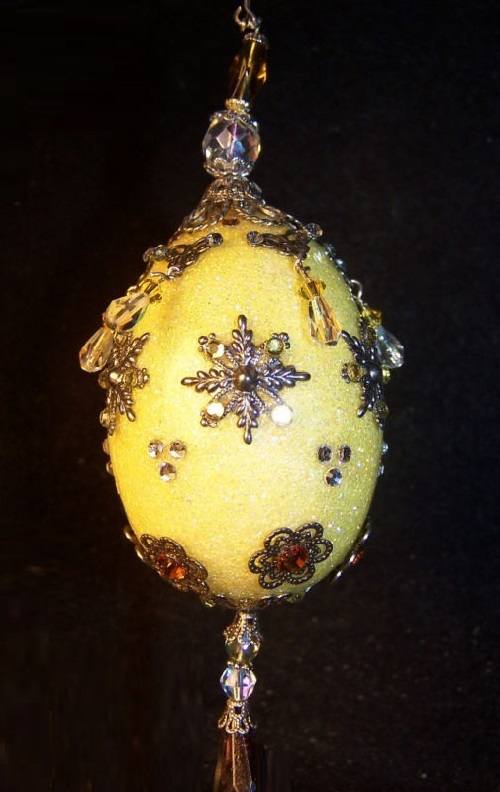 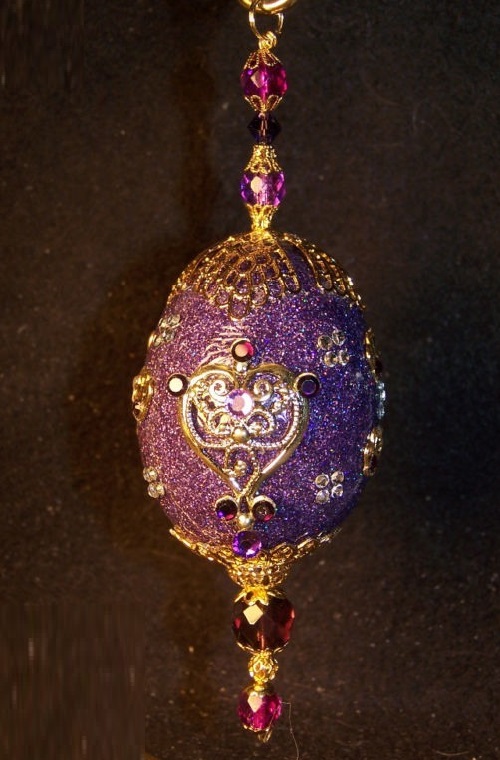 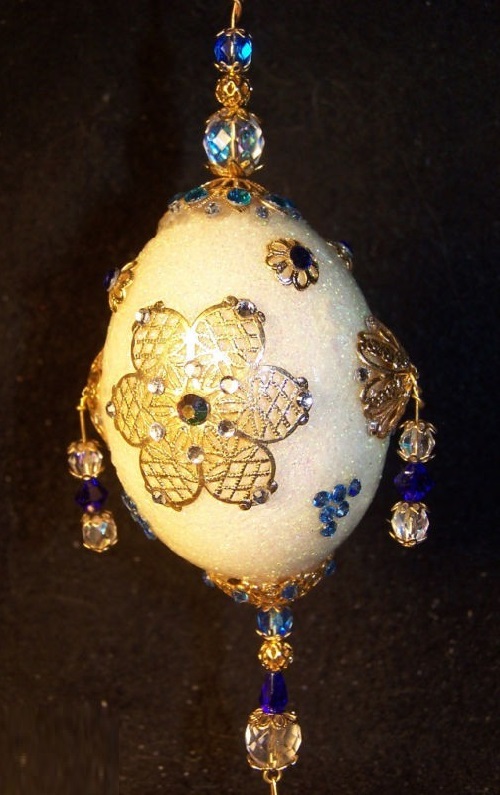 crafted in gold with enamel and Swarovski crystals over sterling silver 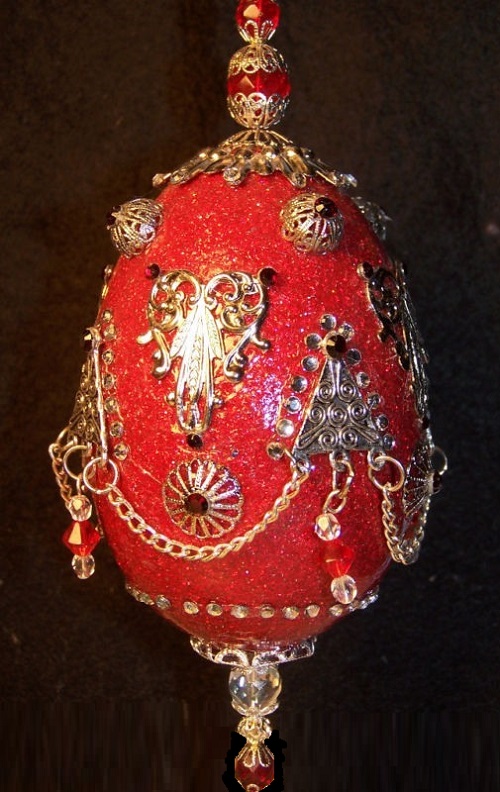 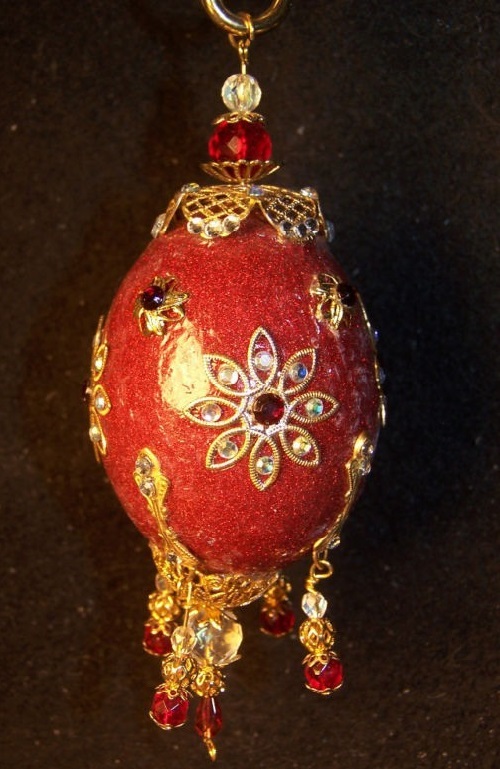 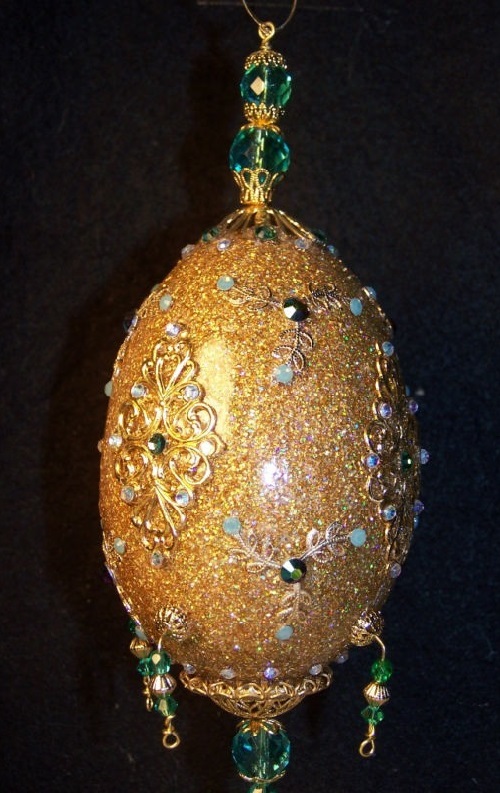 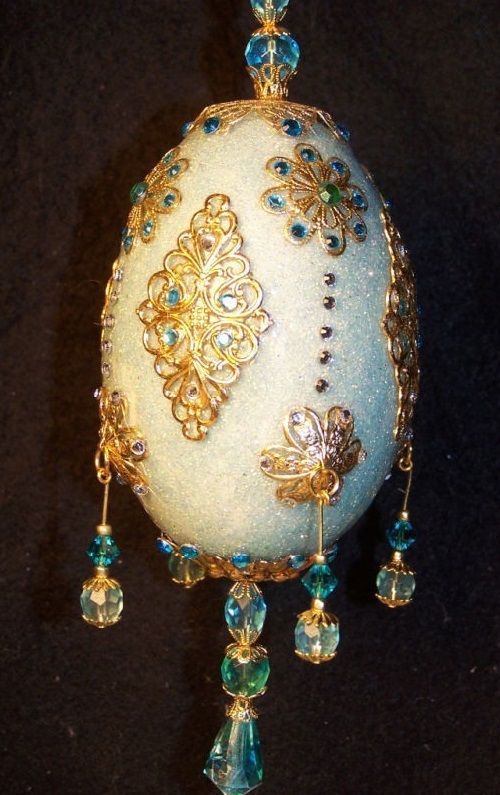 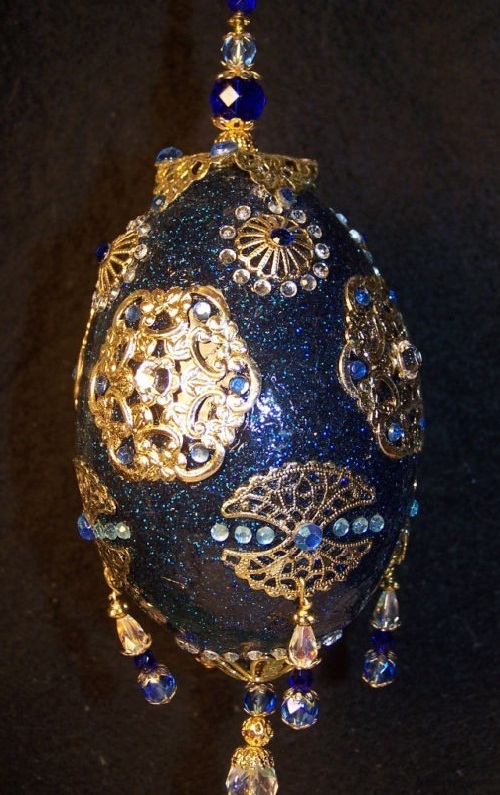 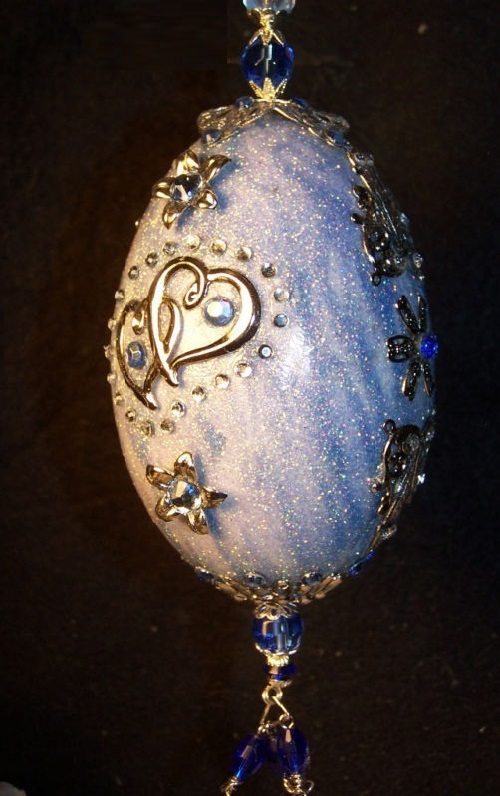