Beyond El Dorado exhibition in the British Museum 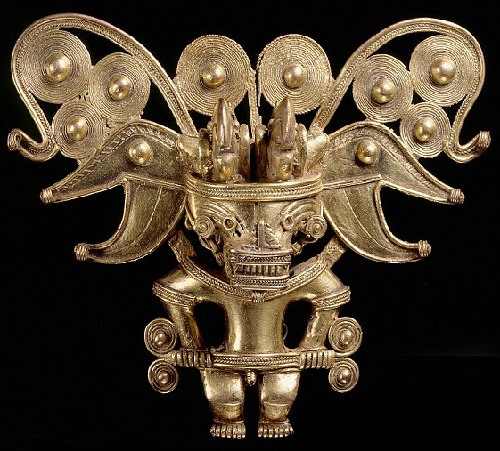 Figure of fear, the flask shows a human face wearing a peacock headdress. Beyond El Dorado exhibition in the British Museum

Beyond El Dorado exhibition
Held 17 October 2013 – 23 March 2014 in the British Museum, the spectacular collection features power and gold of ancient Colombia. Colombian treasures include dramatic and technically sophisticated works of art, which can be found nowhere else in the world. The collections of the Museo del Oro in Bogota contain 150 gold masterpieces, including tiny votive figures, decorative nose rings, vessels, pectorals and masks. The legend of the lost city of gold fascinated European explorers for over two centuries. Spiritual leaders used gold objects for healing, divination and guidance in the dangerous mystical ‘soul journey’. The importance of gold marks the threshold between the living and the dead; and the legacy of pre-Hispanic traditions in the northern Andes. 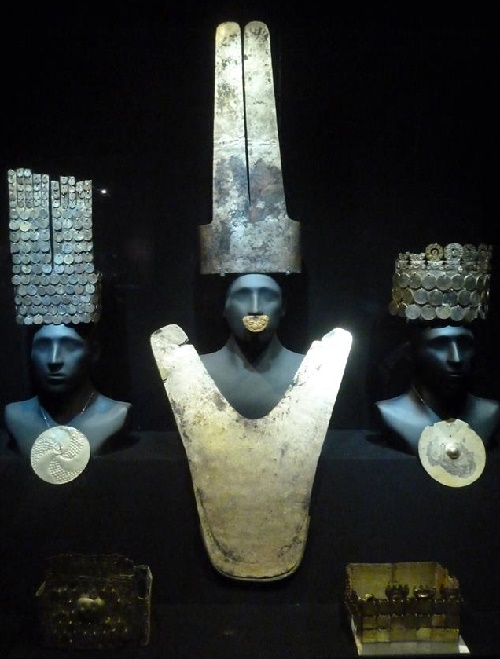 An ornamental money clip made of sterling silver plated with 24k gold. The design is based on a nose accessory attributed to the Tairona culture which flourished in northern Colombia between the 10th and 16th centuries. 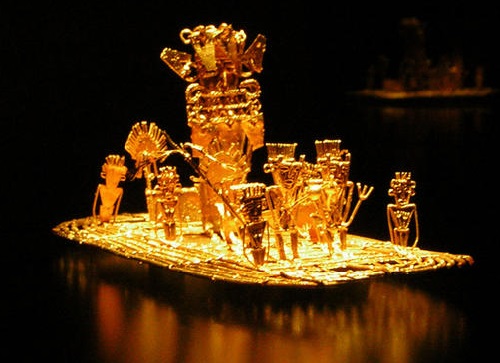 The Zipa used to cover his body in gold dust and, from his raft, he offered treasures to the Guatavita goddess in the middle of the sacred lake. This old Muisca tradition became the origin of the El Dorado legend. This model is on display in the Gold Museum, Bogota, Colombia.

Beyond El Dorado exhibition in the British Museum 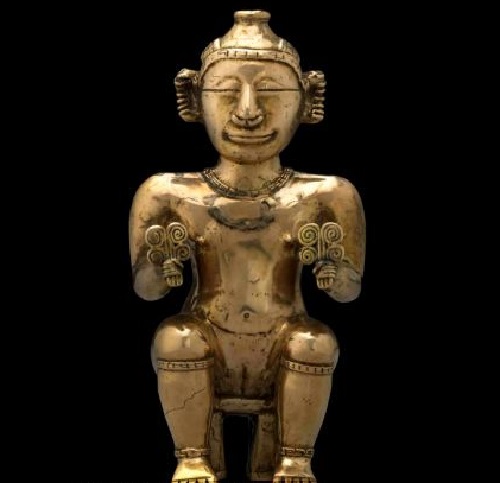 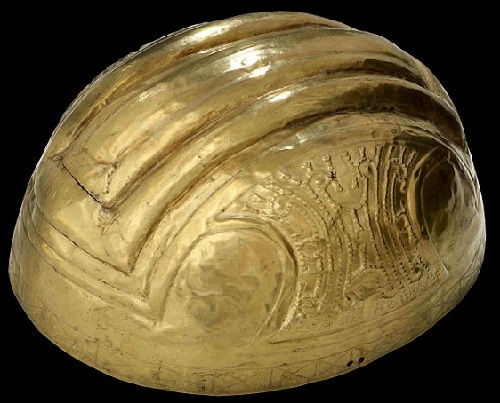 The golden helmet has been elaborately patterned by ancient craftsmen 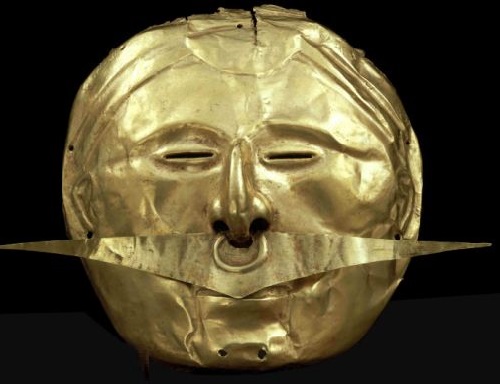 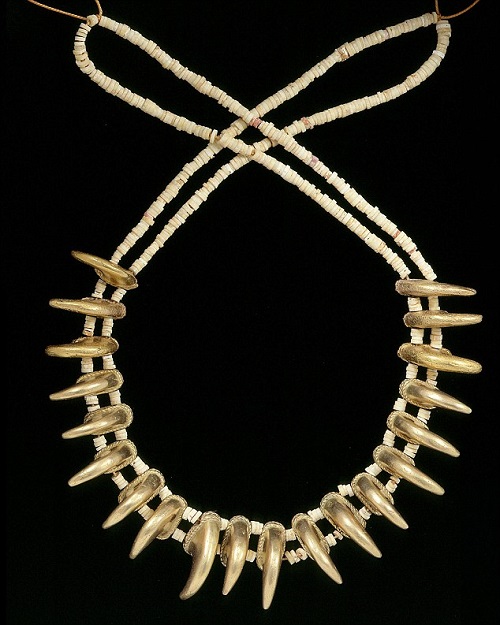 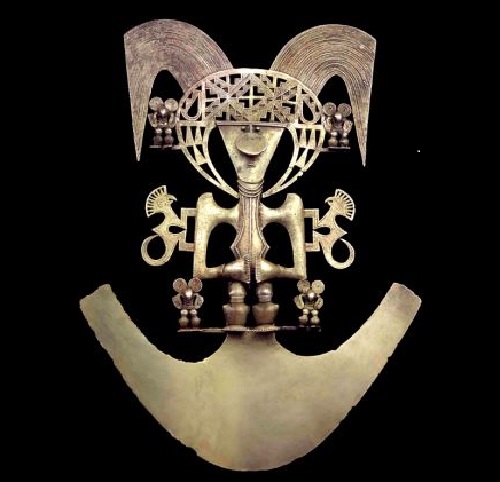 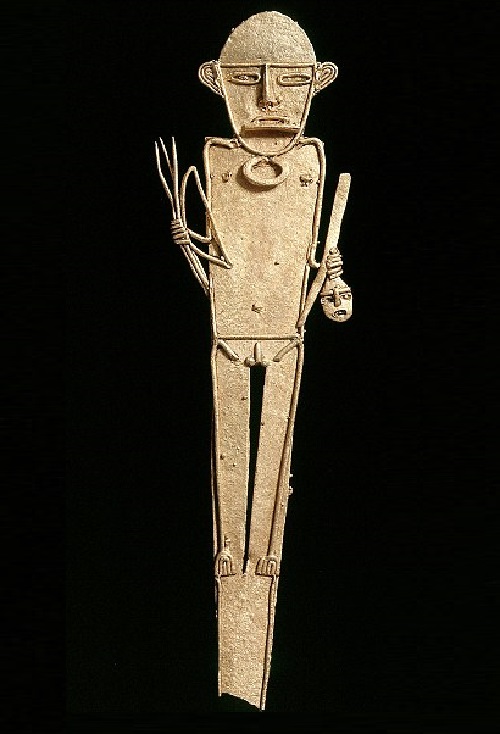 This figure shows a headhunter carrying a shrunken head 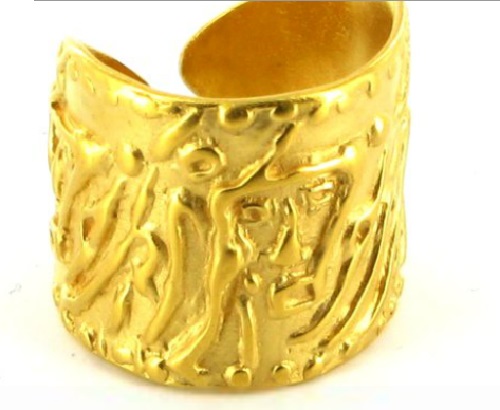 A cuff ring based on a gold mask from ancient Colombia.

An alligator pendant. Powerful creatures were revered and often crafted from gold 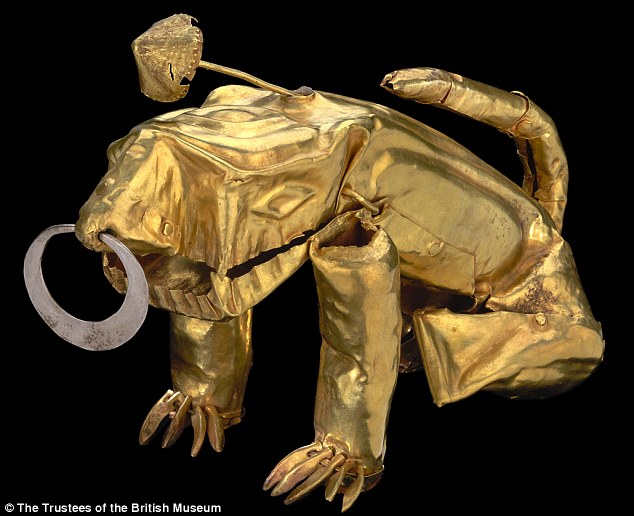 Prized beast flask carved in the shape of a Jaguar, and has a nose ring made of platinum