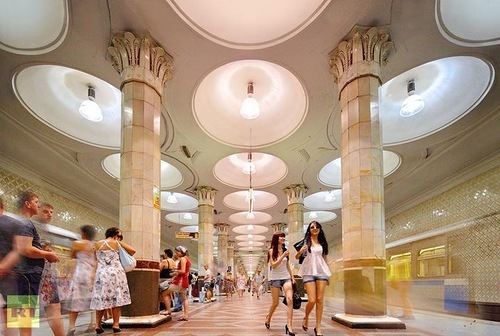 Borisovo Metro station opened in December 2011
The station in the Brateyevo District, Southern Administrative Okrug, Moscow opened in December, 2011. It is on the Lyublinsko-Dmitrovskaya Line, between Maryino and Shipilovskaya stations. The Moscow Metro is a rapid transit system serving Moscow and the neighboring town of Krasnogorsk. Opened in 1935 with one 11-kilometre (6.8 mi) line and 13 stations, it was the first underground railway system in the Soviet Union. As of 2011, the Moscow Metro has 185 stations, and its route length is 305.7 kilometers. The system is mostly underground, with the deepest section 84 meters below ground at the Park Pobedy station. In fact, the Moscow Metro is the world’s second-most-heavily-used rapid transit system, after Tokyo’s twin subway. 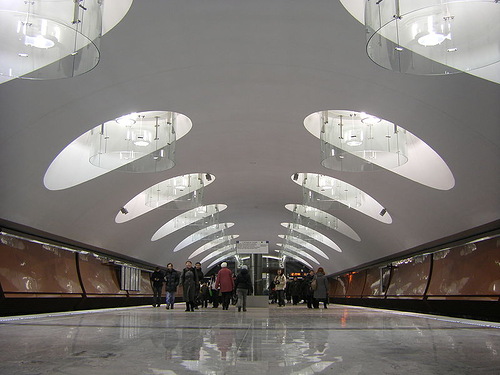 Built on an individual (not typical) project, developed in 2008, by a team of architects of “Metrogiprotrans”. The station is a single architectural ensemble with neighboring stations “Shipilovskaya” and “Zyablikovo”.

Meanwhile, the basis of color palette of the station “Borisovo” – achromatic white-gray. Roof over the platform section cut through two rows of light oval niches, integrated in a vertical cylinder of transparent glass. The floors – tiled with gray polished granite. Glossy surfaces of granite slabs enhance light from the lamps installed in caissons vault. Clear glass widely used in the system track navigation and other elements of the design station. The track walls – sheathed with composite panels “under the copper”. The design provides a set of utilities galleries linking the underground station lobbies. 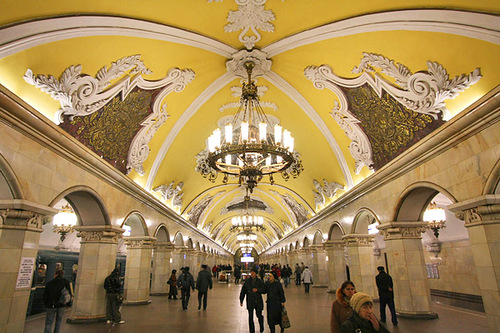 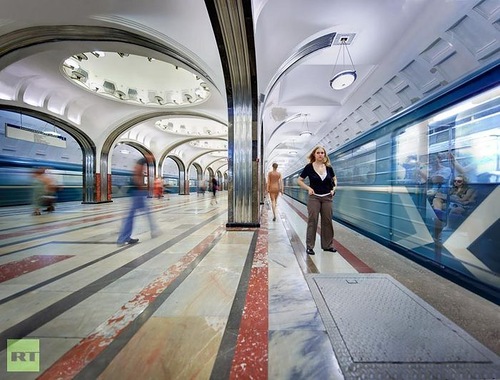 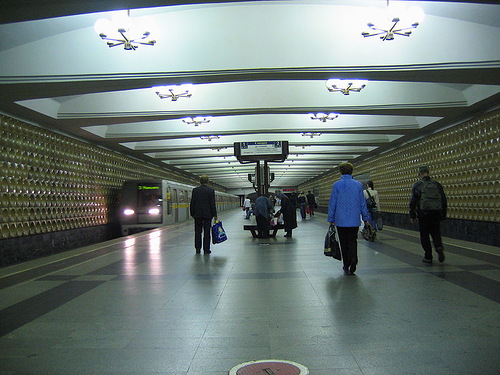 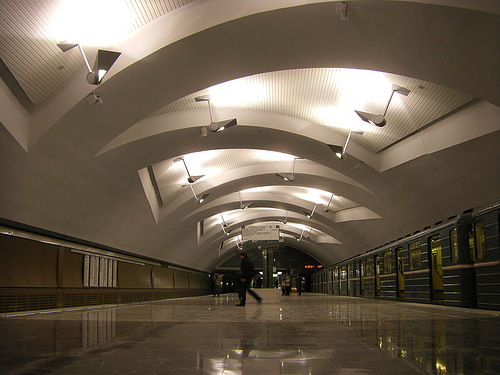 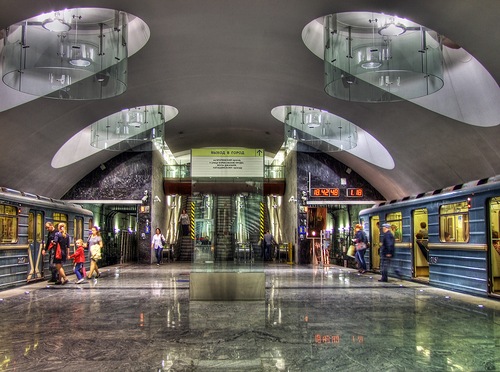