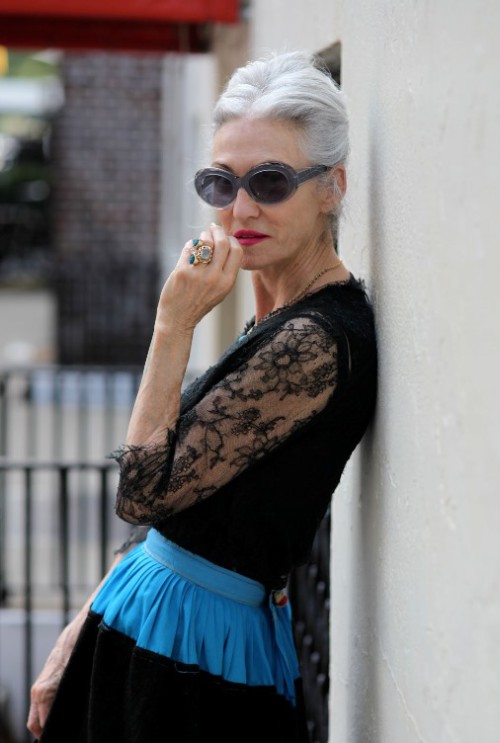 Aging gracefully Linda Rodin.
Beautiful 65-year-old Linda Rodin has been in the fashion industry for over 40 years. Her career started in the 1960s, when she was a model, later became a photographer, and then, a stylist. She worked for Victoria’s Secret. Linda is also the founder of Rodinoils (Rodin olio lusso), the company sells a variety of oils to care for face and body, and in fact, Linda is a living advertisement of her company. Linda Rodin is a special woman with striking appearance, style and wisdom. Her philosophy about aging – “First of all it’s not easy getting older. It catches up on you all of a sudden. It’s definitely more interesting to let yourself go through the process than do a bunch of surgery and get addicted to a face that’s not even yours. You can’t chase youth. You’ll just look older with a face lift.” Linda believes that lots of sleep and a good diet are two of the keys to aging gracefully.
END_OF_DOCUMENT_TOKEN_TO_BE_REPLACED 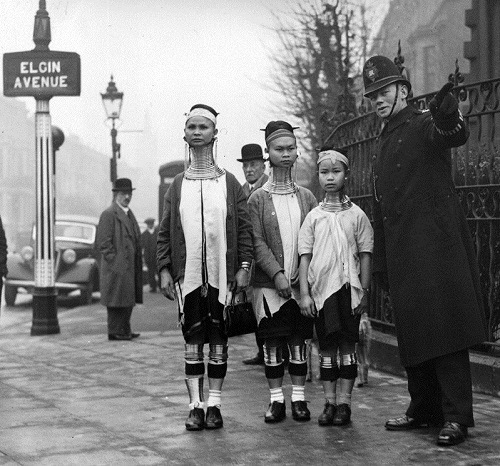 Burmese beauties visiting London 1935. The above photo depicts exotic Burmese beauties who had visited London in 1935. In this vintage black and white photograph a policeman in London is directing the three giraffe necked women along Elgin Avenue, London, 1935. The photo of General Photographic Agency.
END_OF_DOCUMENT_TOKEN_TO_BE_REPLACED 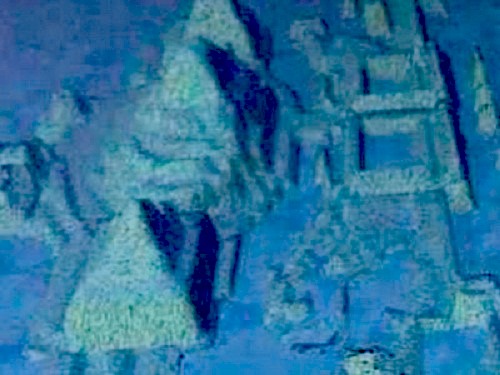 Sunken city found near the coast of Cuba
A group of Canadian researchers, led by Paul Weinzweig and Pauline Zalitzki, discovered the ruins of the ancient city. Noteworthy, they found the Sunken city 700 m off the coast of Cuba thanks to an underwater robot. Next, the researchers studied these images obtained by a robot. In particular, they have found the remains of monumental structures, including four large pyramids. Besides, they discovered parts of monument, that in shape resembles a Sphinx, and several monoliths with inscriptions.
According to Pauline Zalitzki, the town belongs to the preclassical period in the history of civilizations of Central America and the Caribbean Islands. The ruins are at least 1.5-2 thousand years old, experts believe. However, they don’t rejected more ancient origin. Anyway, the researchers keep the discovery secret.
END_OF_DOCUMENT_TOKEN_TO_BE_REPLACED 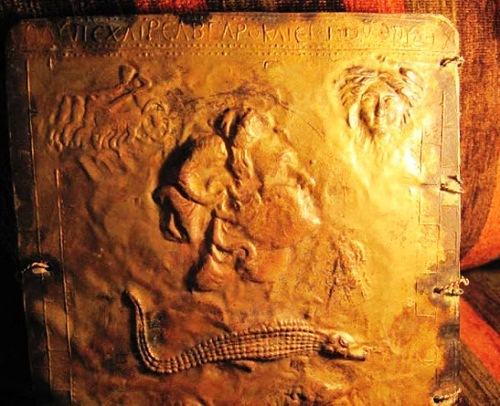 Secrets of Jordan Lead Codices.
Unique leaden books were found in northern Jordan. According to scientists, the collection of ancient manuscripts is able to turn the entire biblical story. A local peasant-Bedouin went to the mountains with his goats. The man knew every stone in the land, therefore, at once he drew his attention to glittering objects. There were 70 books. The books made of lead were fastened by a metal wire. The cave where the books were found, most likely, was the place the first Christians were hiding, back in the 70’s ad, and maybe even before.
END_OF_DOCUMENT_TOKEN_TO_BE_REPLACED 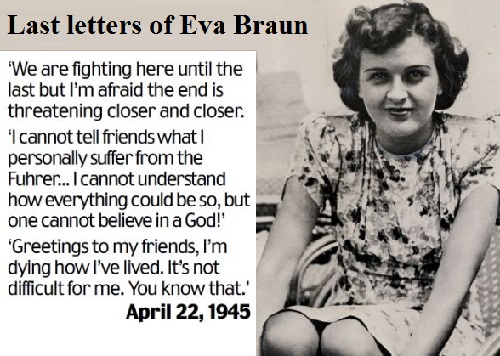 Last letters of Eva Braun were typed just days before they suicide. In fact, the letters were intended for Eva Braun’s friend Herta Schneider. For example, in one letter, dated April 19, 1945, she writes that, “despite the thud of artillery and falling bombs”, she is “happy to be close” to Hitler and remains “convinced that everything will turn out all right”. But three days later her mood changed from fragile hope to black despair, as the Red Army smashed into the suburbs of Berlin in April 1945. The discovered letters reveal Hitler’s bride-to-be Eva Braun growing sense of doom. “We are fighting until the last but I’m afraid the end is threatening closer and closer’. She also writes of preparing to die and her bewilderment at how God could let such things happen. In the second letter Braun says: ‘Greetings to all my friends, I’m dying how I’ve lived. It’s not difficult for me. You know that.’ Eight days later, 33-year-old Braun was dead, killing herself alongside her husband of only a few hours, Adolf Hitler.
END_OF_DOCUMENT_TOKEN_TO_BE_REPLACED 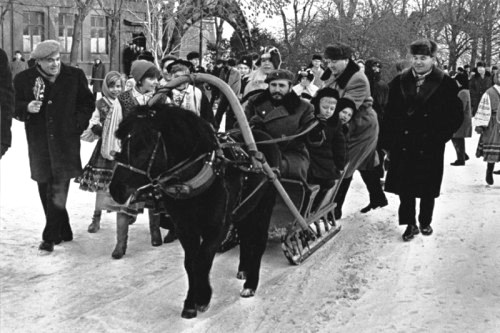 Fidel Castro in Russia
Noteworthy, the first visit of Fidel Alejandro Castro Ruz to Russia, former Soviet Union took place 50 years ago, in June 1963. On April 26, 1963 in an atmosphere of secrecy Castro flew to the Soviet Union. Moreover, his plane that flew secretly from Havana, landed not in the Soviet capital but in the north of the Soviet Union. In particular, in Murmansk, where Fidel first thing moved to the base of Soviet submarines in Severodvinsk. Soviet sailors drove to raid squadron moored nuclear submarine directly to the pier. The Cuban leader has visited it in person, delighted by what he saw. Soviet military even raised in firing position with a nuclear missile to demonstrate the possibility of a real submarine.
Castro, dressed in a jacket, with his mighty and gigantic figure was in its compartments. Fidel was amazed, seeing the possibility of Soviet military equipment. He had the impression that the Soviet Union can really protect Cuba from its territory. Made a historic visit to the Soviet Union, he visited not only Moscow, but also Soviet republics. Among them – Uzbekistan, Georgia, which were the part of a great country – the USSR. By the way, Fidel Castro’s route through the territory of the Soviet Union, and the exact length of stay in a particular city, were under secret.
END_OF_DOCUMENT_TOKEN_TO_BE_REPLACED 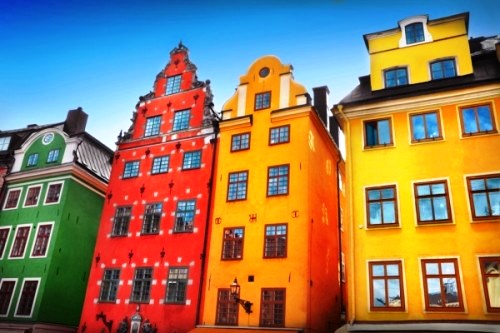 Spring has finally filled the streets with bright sunlight, and houses some of the cities are shimmering all colors of rainbow. The definition of color – the visual effect caused by the spectral composition of the light emitted, transmitted, or reflected by objects. Meanwhile, bright colors can change the appearance of a city significantly. Undoubtedly, the colors of our houses can affect our mood, health, and happiness.
Fortunately, over the years, the bright colors in architecture have become more popular. Thus, apartment blocks and public buildings painted in intense colors, transform the cities into kaleidoscope of colors. We admire colorful ityscapes – pink, green, blue, and red. So, if colors can brighten up our days, the understanding of color significance and color harmony is increasing around the globe.
END_OF_DOCUMENT_TOKEN_TO_BE_REPLACED