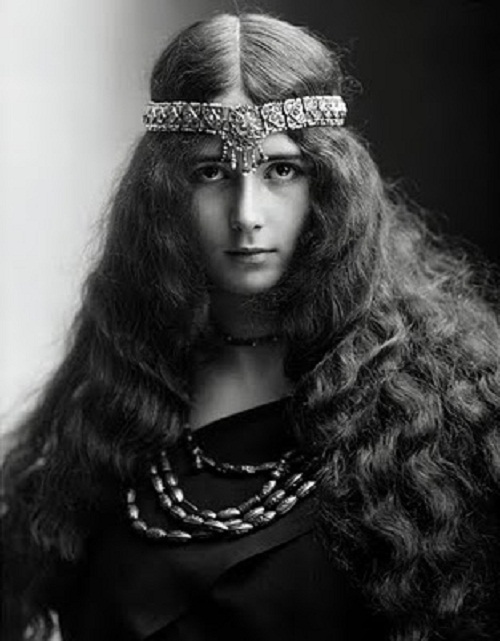 Cleo de Merode Belle Epoque star
Something in her face, in the view of the huge eyes, in a charming sad half-smile made me wonder who Cleo de Merode was. Born September 27, 1875, the famous beauty, talented dancer and star of Belle Epoque grew up in a noble family. It was Belgian (or rather, the Dutch) family of van Merode. Meanwhile, belonging to the aristocracy did not prevent her father, Karl von Merode Freyher to become a professional artist, and his daughter – a dancer.
At the very beginning of her studies at the Paris National Ballet School, the young Cleopatra-Diana drew the attention of lovers of the ballet (and not just ballet). Her unusual grace, plasticity, air grace and flawless beauty combined with classic, antique features and body lines gave the feeling of perfection.
Aged eleven (after a three-year training), she began her professional career as a ballerina, and at 13, performed at the “Choryhee” – one of the most prestigious ballet performances in Paris. 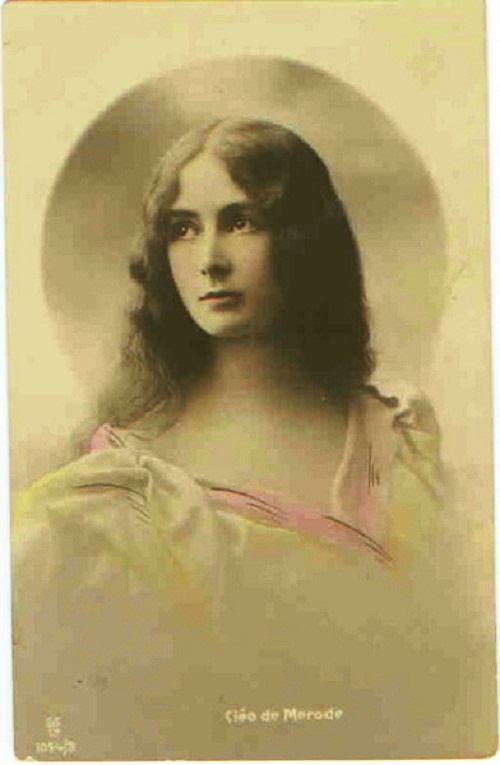 The notorious hairstyle, shown on the thousands of photo cards, came into use of pretty women around the world. For the first time in the history of fashion, her hairstyle has become common and went around the world. 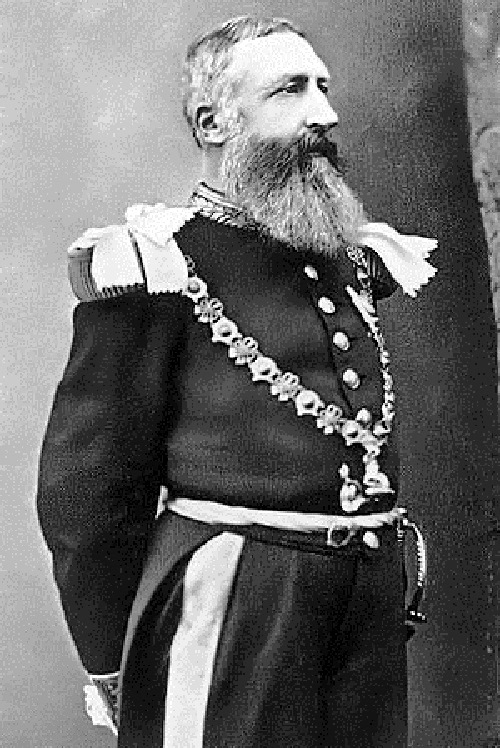 However, the rumors and gossip about the gorgeous ballerina grew like a snowball. Aged 23, in 1896, she was danced the role of Phryne at the Opera and Ballet Theater in Bordeaux, and that is where she drew the attention of Leopold II, King of Belgium.

He was neither a music, nor a ballet fan – but he was a fan of pretty actresses. In particular, Cleo, her incredibly small waist, beautiful hair and huge eyes impressed the old Don Juan. Their personal acquaintance began with a huge bouquet of roses that Leopold gave to the ballerina.
In her later memoirs, Cleo only admitted this fact, and completely rejected the affair with the king. Meanwhile, humorous Frenchmen and Belgians called the king (who, incidentally, was 38 years older than Cleo) “Cleopold”.

Although rumors for the king were like a compliment, but Cleo strongly protested against them and even took legitimate attempts to restore her good name. Unfortunately, her reputation was ruined, as King Leopold was known for his promiscuous relationships. He admired the beauty of a ballerina, and it was the reason of his visits to Paris.

In November 1902 Russian newspapers wrote that “according to the news from Brussels, King Leopold II intends to abdicate and enter into a morganatic marriage with Parisian dancer Cleo de Merode. Pervasive nature of the monarch planned to do for her country some valuable gift. It was Cleo’s idea to give Metro to Paris”. And in 1900 the line appeared in the Paris Metro, built at the expense of Belgian King.

However, Cleo de Merod persistently protested against gossip and tried to prove otherwise. The proposed “romance” of Léopold and Cleo touched her so much that Cleo even went to court with an official statement that there was no romance, only a bouquet of roses. But gossip lovers preferred to believe the rumors and the “yellow press” …

Cleo … conquered more and more countries. She performed in Hamburg, Berlin, St. Petersburg, Budapest and New York. Although she did not manage to get rid of the rumors about her past, she still remains one of the most beautiful and talented women of the time, the star of Art Nouveau.

Photographic portraits of dancers in large numbers scattered around the world – without even knowing, Cleo de Merode became an object of emulation for many women, the ideal dream of many men. But her personal life was deeply hidden from the public, which gave rise to speculation – one more absurd than the other. In fact, she had never posed nude. Nevertheless, postcards with her images were extremely popular in the late XIX – early XXth century.

Meanwhile, at the Paris Salon in 1896, appeared a nude sculpture “Dancer” by Alexandre Falguiere, for which Cleo posed. Although she insisted that the portrait in the nude sculpture of white marble was only her head, but many contemporaries believed that the author used a body of the dancer (this view, in particular, shared Gauguin). Cleo cried, protested, even sued, but could not prove anything.

Her main passion was dance, and she continued to dance. Noteworthy, in 1896 the magazine “Illyustrason” chose her beauty queen of the 130 modern beauties.

In 1915, at the age of 42, Cleopatra returned to Paris. She got many offers to dance, but in the company of Comedy Opera House, considered the lowest rung in the hierarchy of the ballet in Paris. Humiliated, outraged, she immediately left Paris, moved to her home in Biarritz, and never went back to Paris.

No matter what, she continued to dance, involved in the action of the Red Cross. In particular, she performed in front of wounded soldiers during the First World War, wanting to raise the spirit of those who defended the country.

In the middle of the XX century, the famous writer Simone de Beauvoir published her book “The Second Sex,” in which many demi-monde ladies, including Cleo, were named Hetaeras (In chapter 8 “Prostitutes and Hetaeras”). Cleo has sued the writer for insulting the person and won the trial. She never slept with men for money, but only because of love.

She remained in the Biarritz until her death in 1966. Cleo lived a long, full life, leaving behind a memoir (Le Ballet de ma vie. Paris: Pierre Horay, 1955 (republished in 1985). Merode died in 1966 and was interred in the Père Lachaise Cemetery in Paris in Division 90. A statue of her, mourning her mother, interred in the same plot, decorates the gravestone.

“Nature, in the mixing vessel, Sorcerer
Glitter of gold, rubies, snow, roses,
Your image has created what the world brings
Beauty is not about what people knew.”
Luis de Camoes 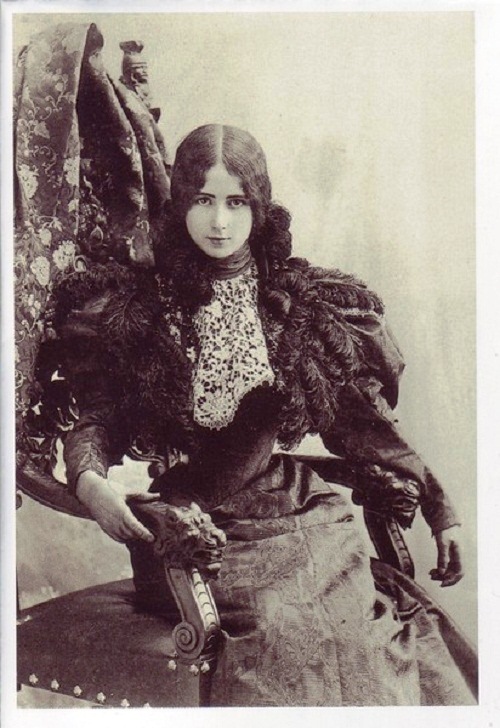 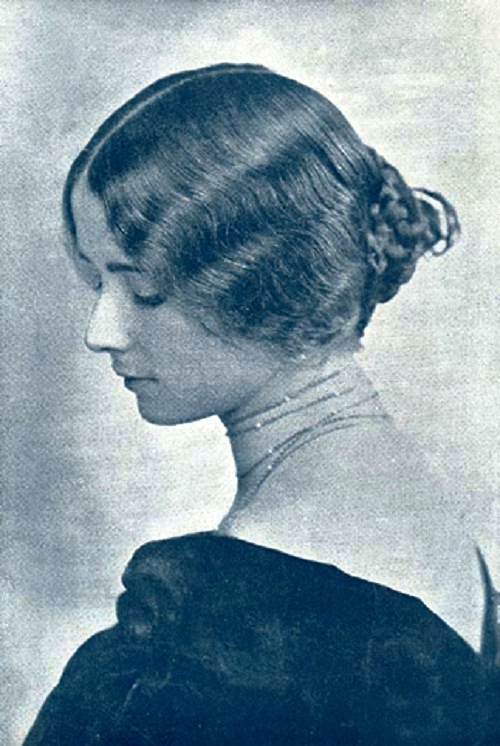 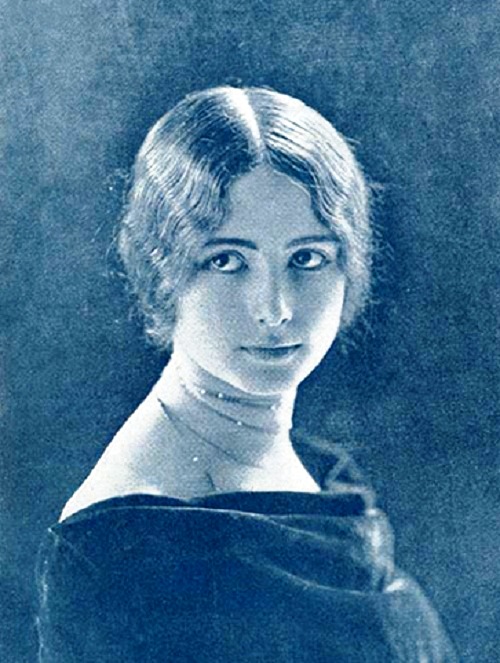 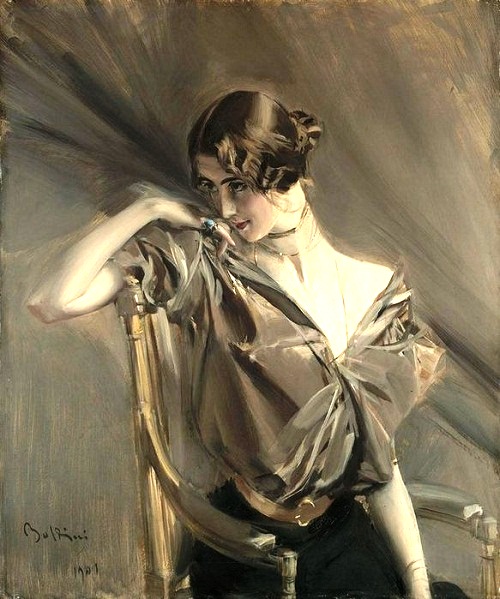 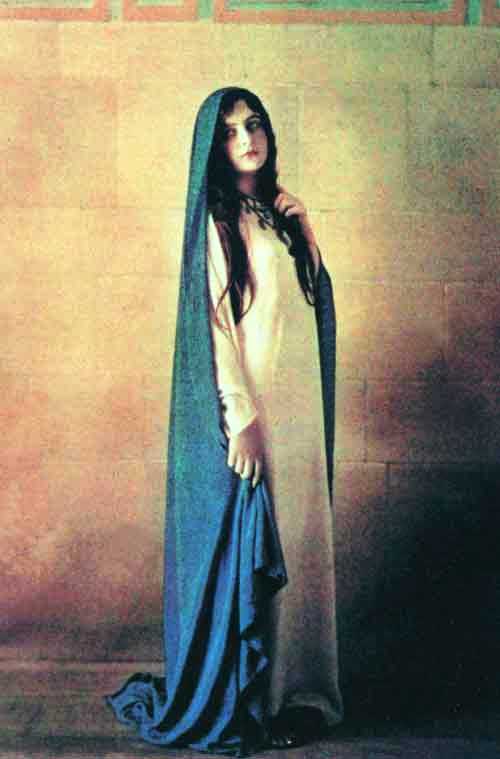 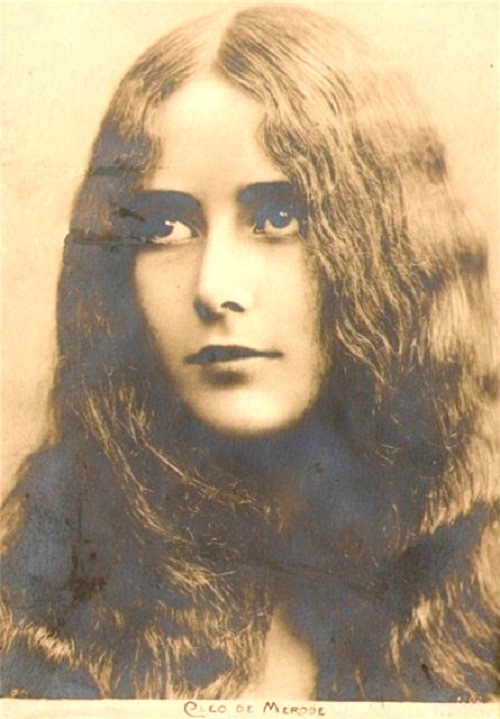 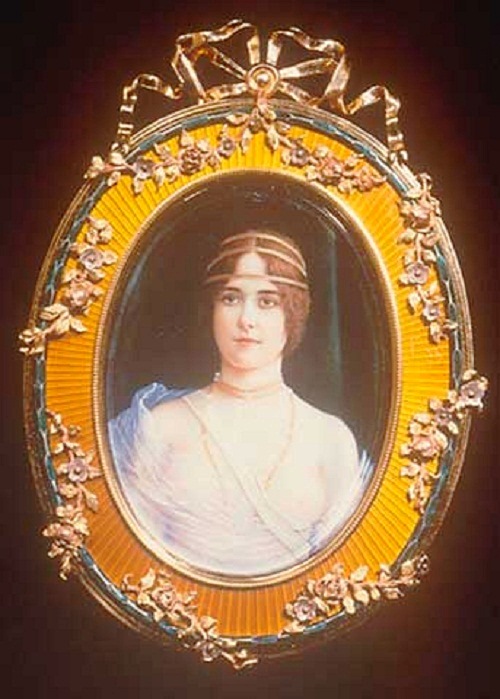 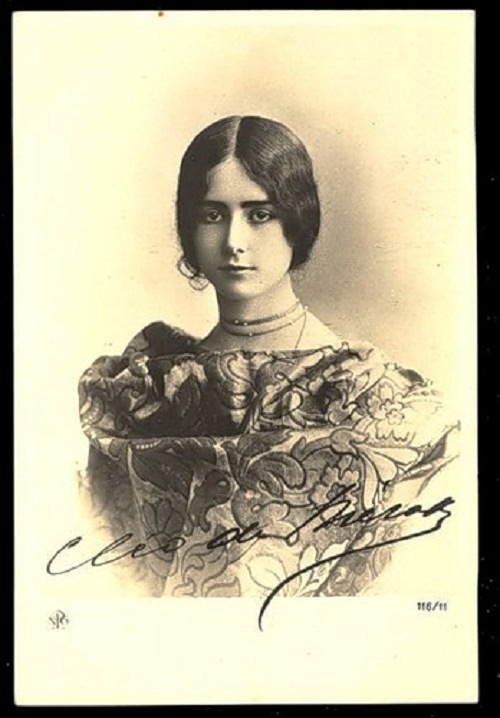 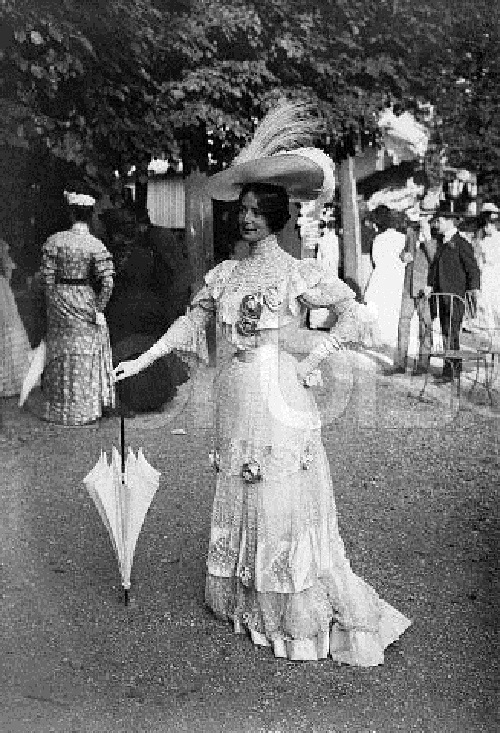 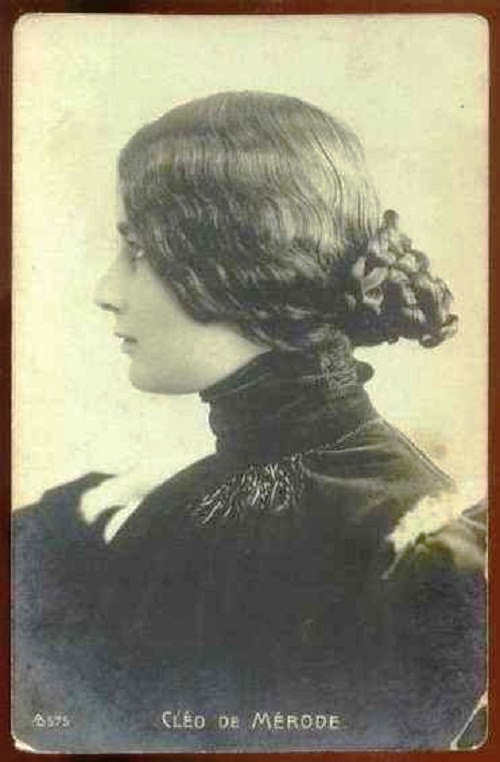 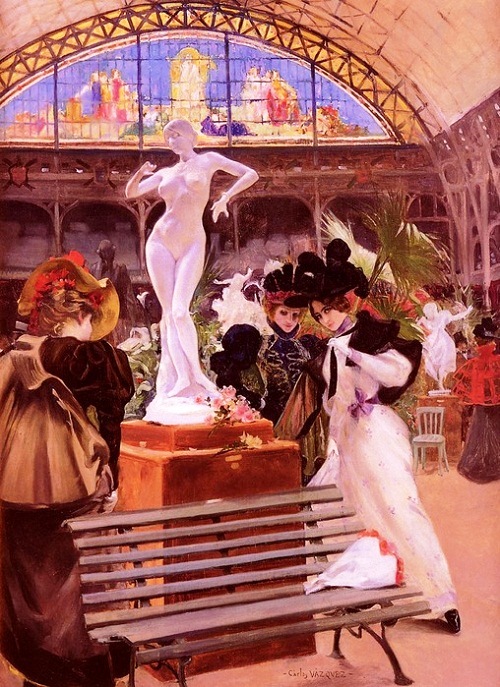 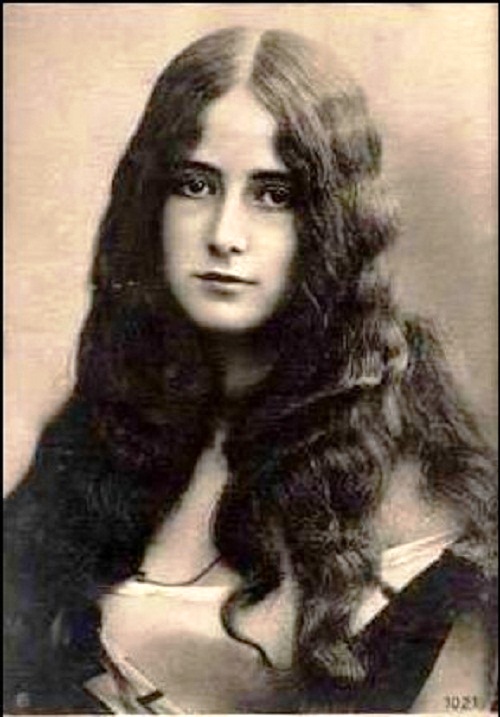 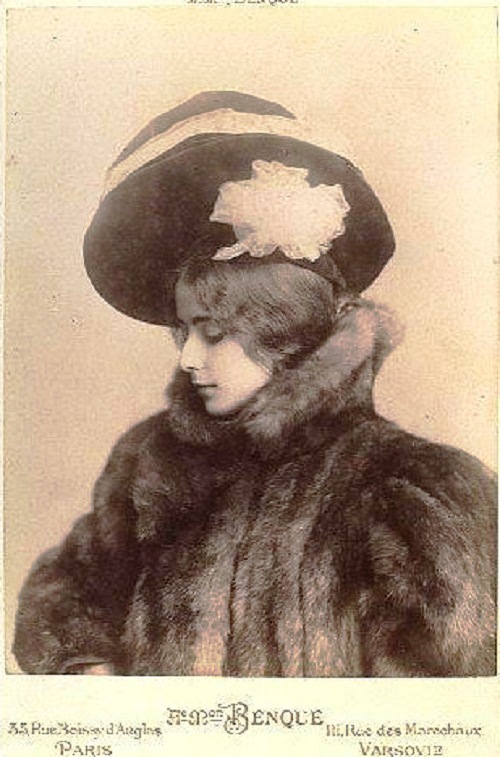 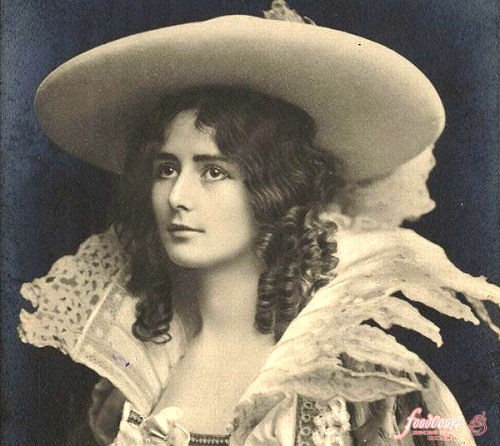 The most beautiful dancer of the time, Cleo de Merode 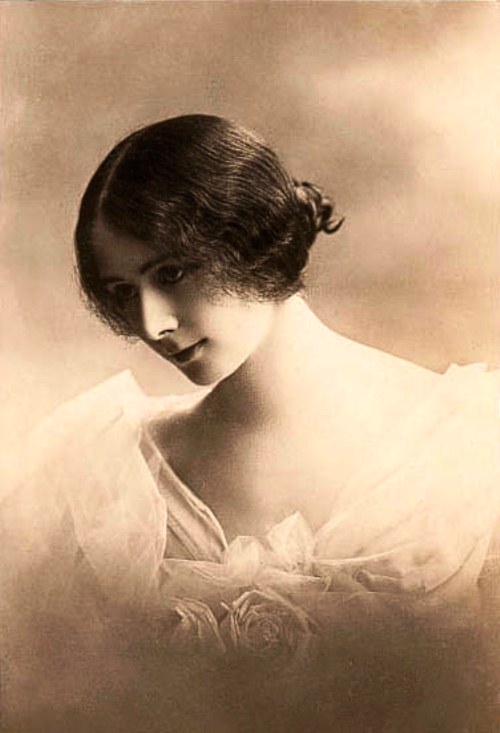 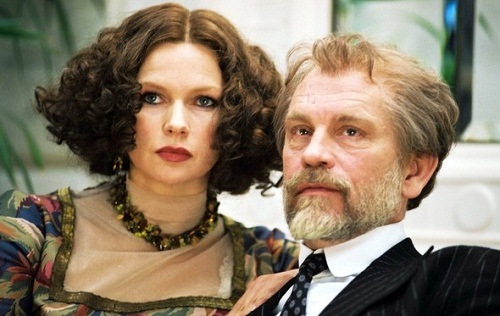 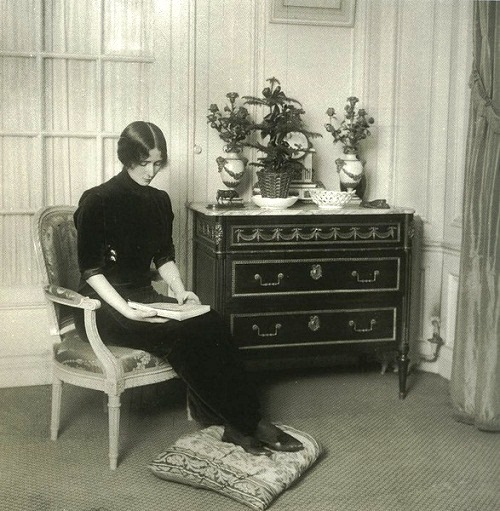 With a book, Cleo de Merode 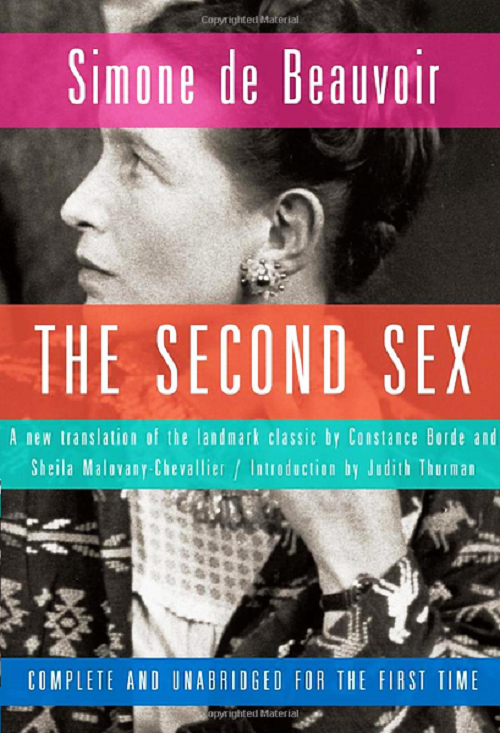 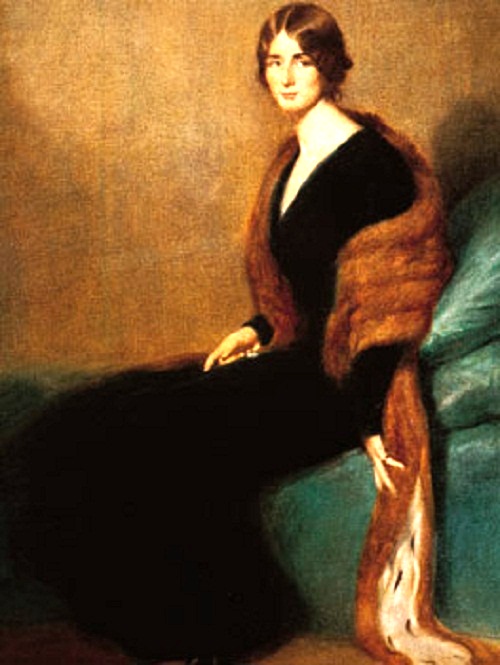 The talented dancer and beautiful woman portrayed in the painting 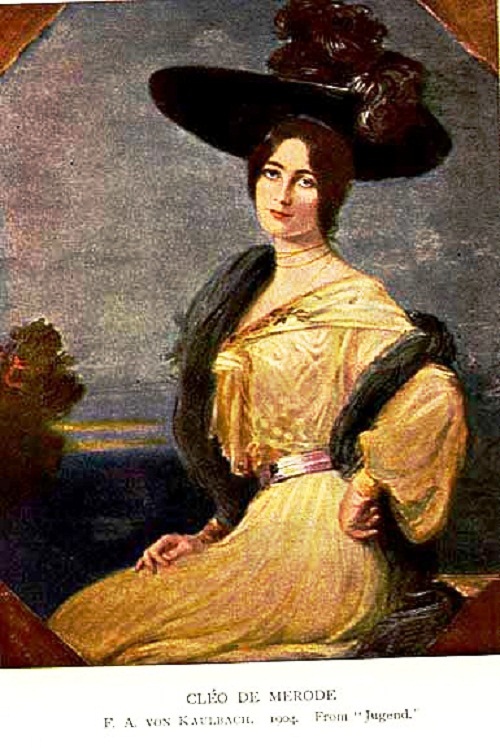 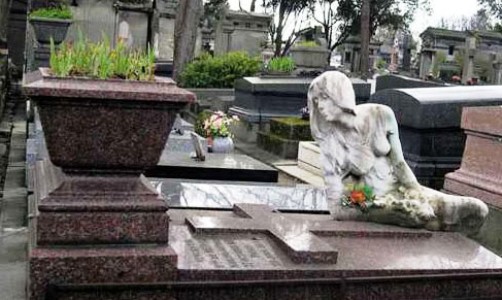 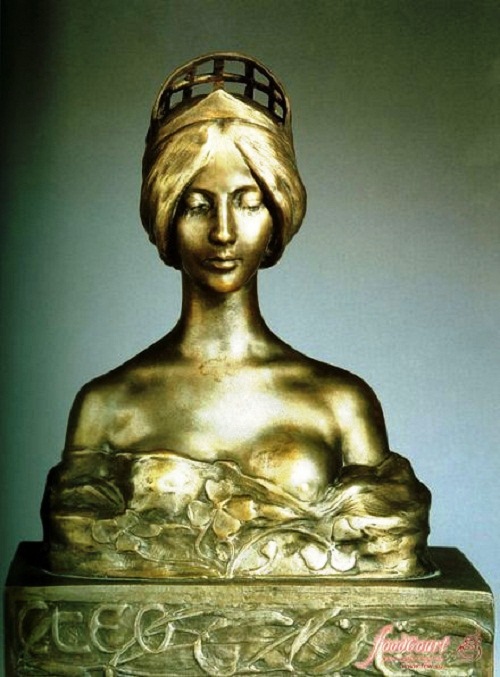 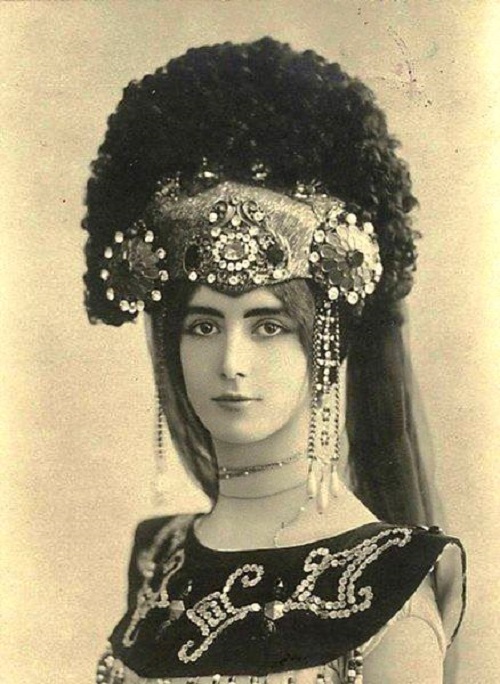