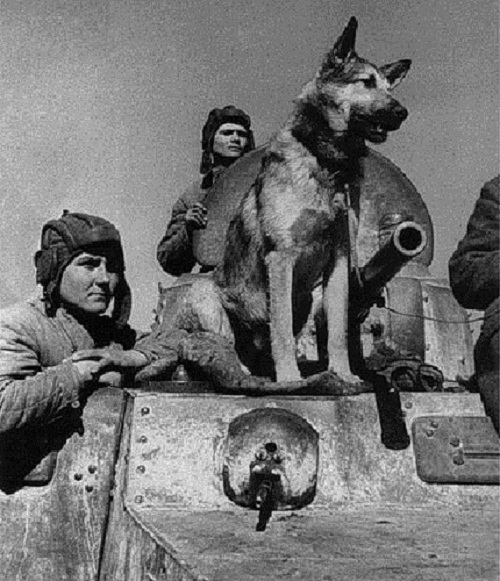 Djulbars-dog veteran of World War II, the heroic dog who detected mines, a soldier of Great Patriotic War. Djulbars was involved in mine clearance in the Danube palaces, castles and cathedrals of Prague, Vienna. “From September 1944 to August 1945, took part in demining in Romania, Czechoslovakia, Hungary, and Austria. Djulbars found 7468 mines and more than 150 shells”. On March 21, 1945 for his mission Djulbars was awarded the medal “For Military Merit”. This is the only time during the war, when the dog has received military honors. At the end of the war Djulbars was injured and was not able to participate in the Victory Parade on Red Square in Moscow. Joseph Stalin ordered to carry the dog in hands on his (Stalin’s) military coat. Major Alexander Mazower marched on Red Square carrying the heroic dog in his hands. 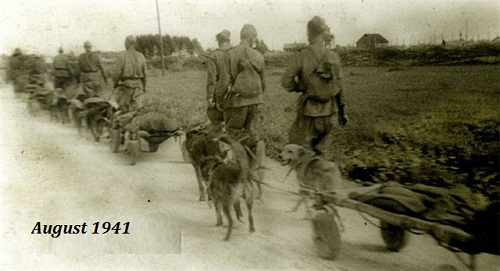 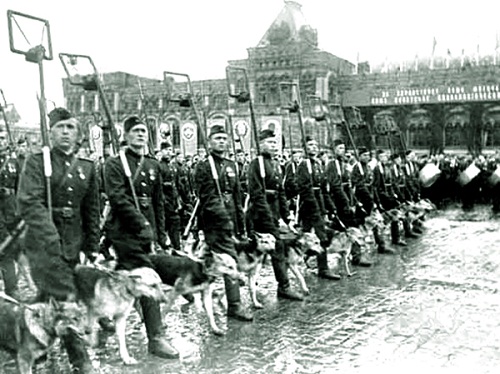 military dogs during parade in Moscow

There’s a poem by Alexei Vasiliev “Stalin and the dog”. I’ve tried to translate it from Russian into English. Here it is:

There are different legends,
But not all created by people.
Moscow. June. Victory parade.
Great forty-fifth.

And in anticipation of the parade
A list of troops and divisions
Which in the early morning,
On Red Square have to be

The list was read by Stalin.
He lit a pipe with a match
(Smoking – the habit
which even the strongest unable to defeat!).

Stalin is reading.
Was is it a joke or a farce?
Between the names – one nickname
attracted him – Djulbars.

“What is this dog warrior?” –
Stalin shakes his head
“Tell me, Marshal Rokossovsky
Is no error here?

“I’ve checked the list … However,
There is no error.
Djulbars is really a dog –
fighter of a special brigade.

Dog overcame such distances …..
And found seven thousand mines!
And even awarded a medal.
Of all the dogs he is the one:

Rescued Prague, Vienna from explosions
Saved Bucharest and Kiev …
With engineers he
Search the laid landmines

Sorry … just glorious parade
The poor fellow isn’t able to pass:
He can’t recover from wounds
Not able to walk on his paws… ”

But Stalin frowns. “It is not the case …
Throw heroes out of favor …
Here’s my jacket … Take take it
For carrying the hero”.

Parade marches in the attack,
Paving Stone gets wet from rain
And in the hands the dog flows
On a gray jacket of the leader

We have not forgotten about the Gulag
And cult, and other dead sins …
leaves are burned like paper
Friends and enemies go away

We may not know much,
One thing we remember forever –
True friends were not given up
They couldn’t betray their friends 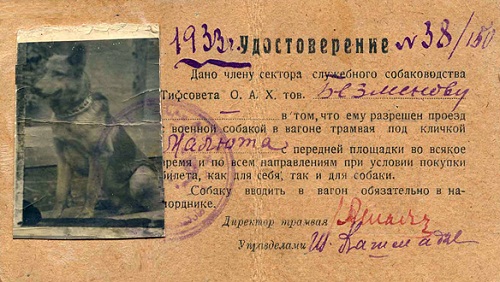 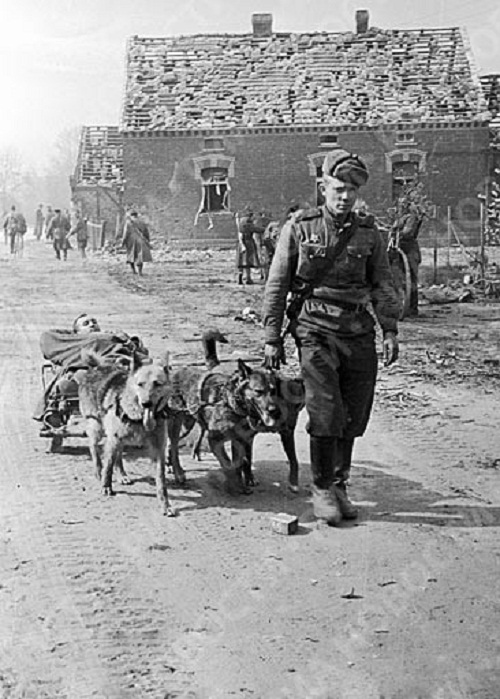 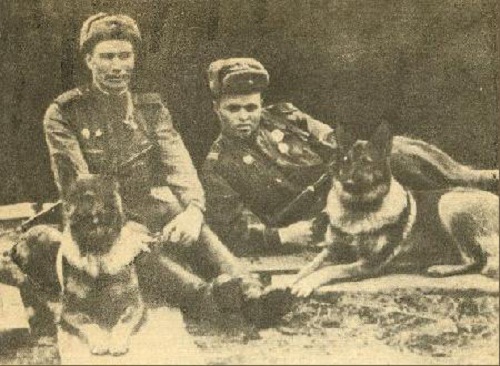 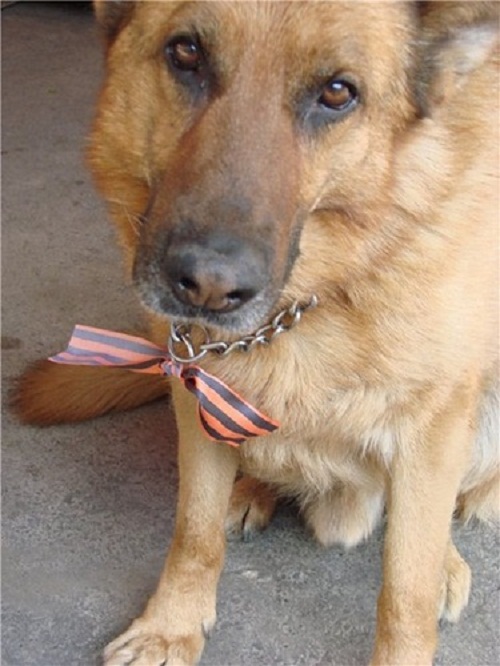 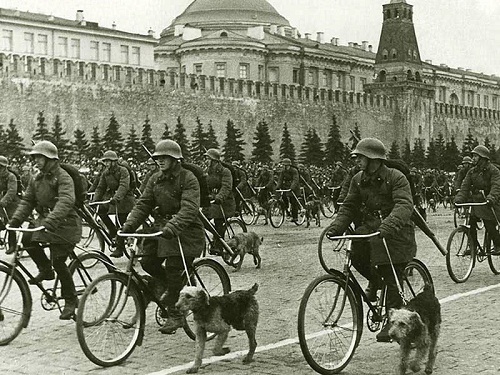 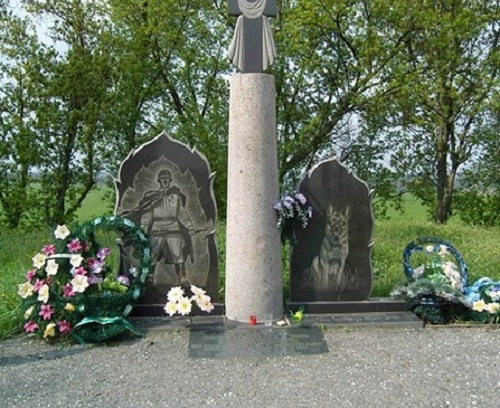 monument to a soldier and a dog 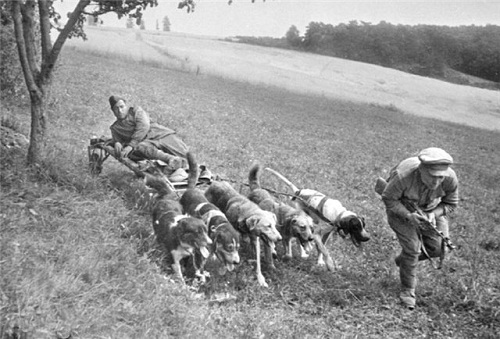 Removal of the wounded from the battlefield, 1944. Dogs took from fighting more than 2 million people during the Second World War 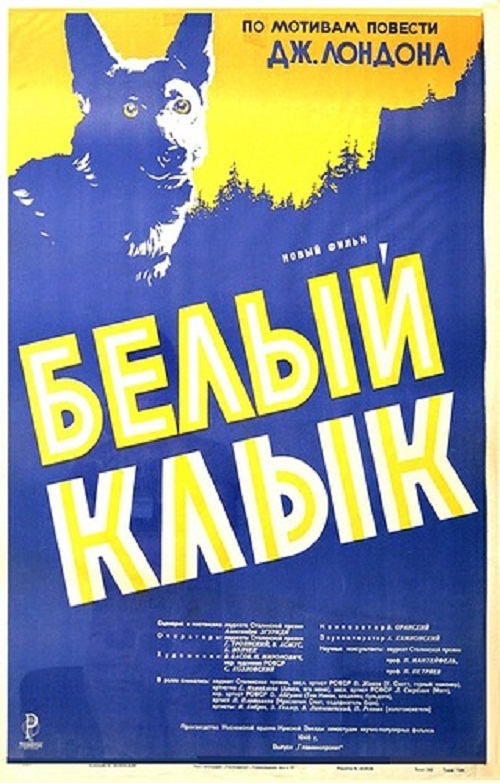