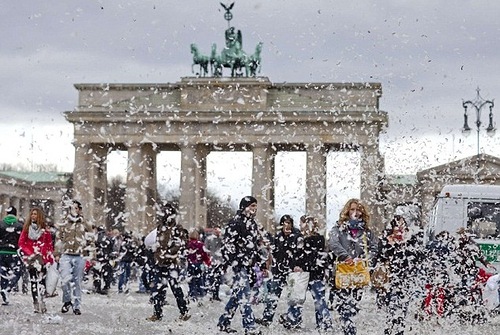 International Pillow Fight Day
Fierce battles broke out in city centres across the globe on the 7th of April – as the feathers flew for the fifth annual International Pillow Fight Day. From Europe to Asia, America to the Middle East, thousands took up arms and gathered in public squares to batter complete strangers in the name of fun. Streets in 115 cities across 39 countries lay littered with downy debris after the coordinated fights, which were once again organised as part of the Urban Playground Movement. Pillow fighters swing wildly in Trafalgar Square – London, Washington, New York City, Budapest – Hungary, Berlin – Germany, Amsterdam – Netherlands, Shanghai – China… See the list of cities inside the post. 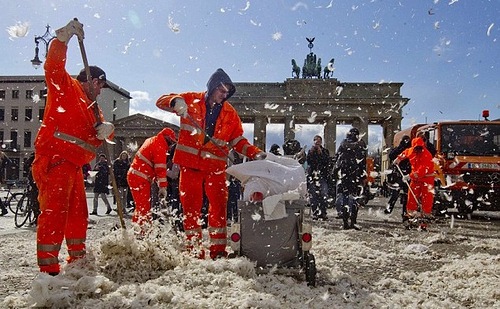 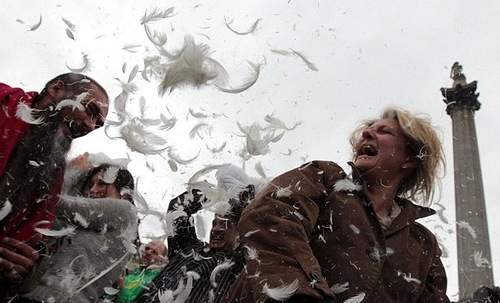 In fact, anyone can join the fight. However, there are some rules: participants can only use soft pillows 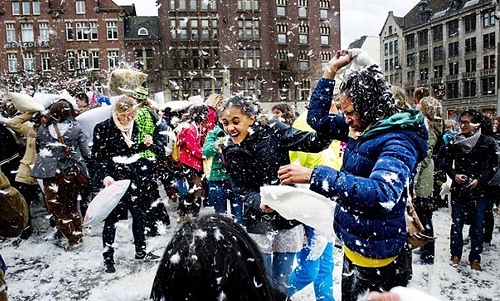 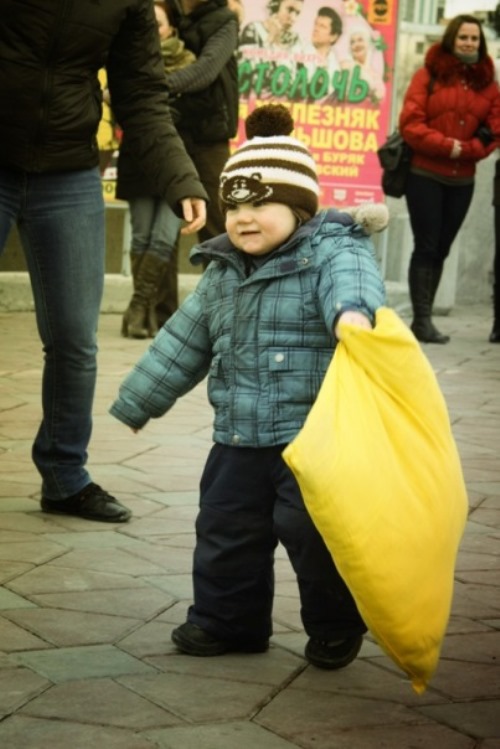 Yellow pillow for a baby fighter 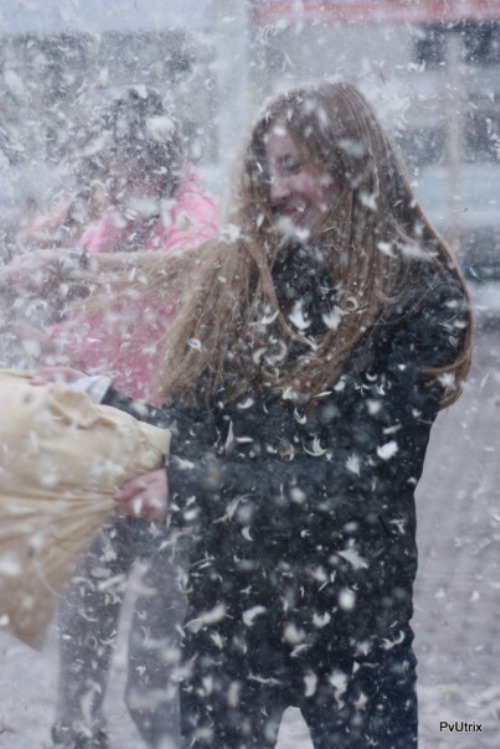 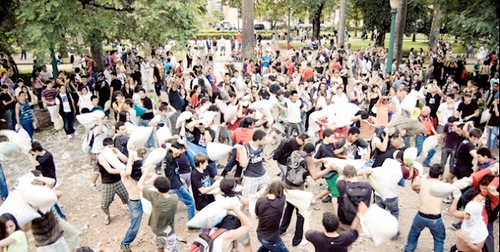 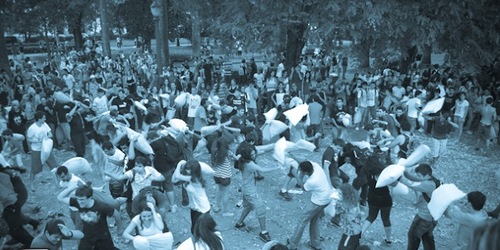 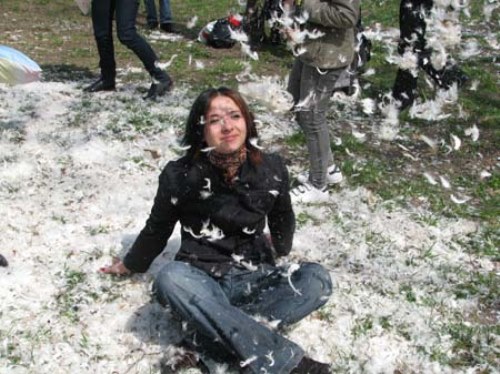 Sittinng on a feather pile 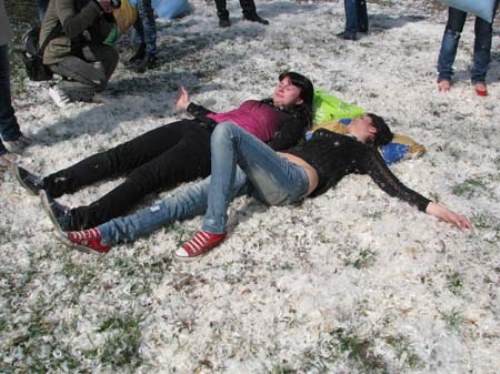 Rest after some fighting 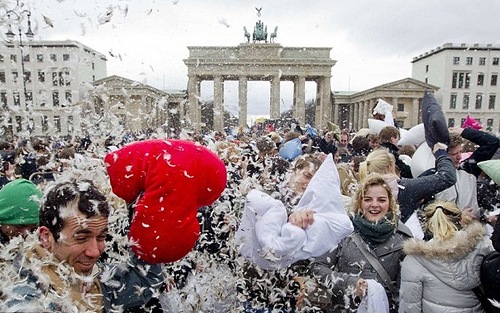 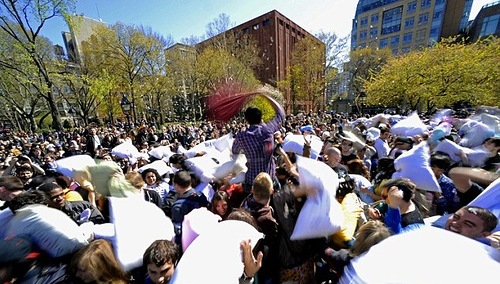 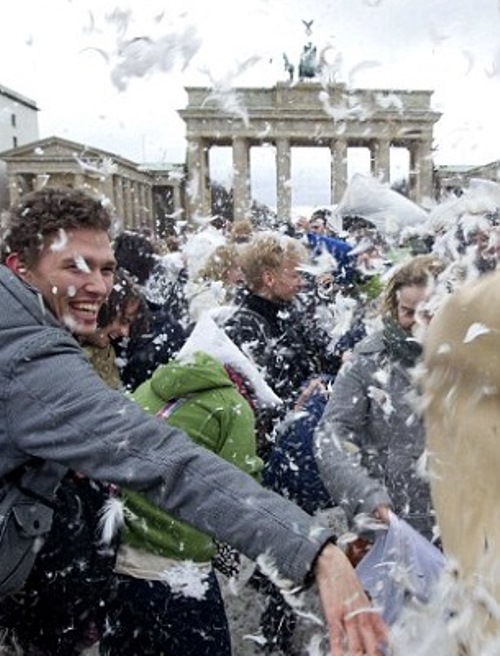 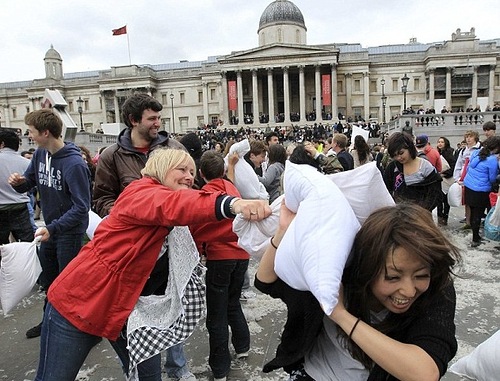 Meanwhile, people of all ages take part in Pillow Fight 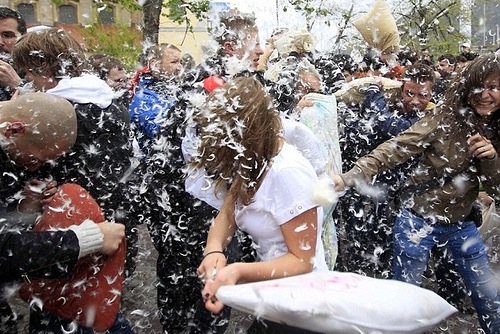 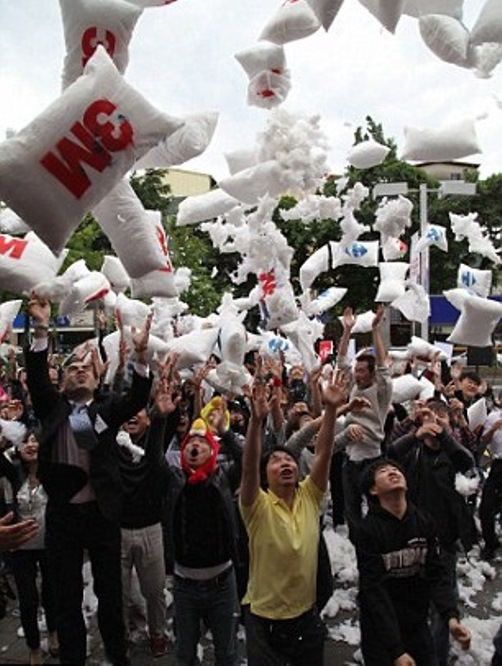 Throwing Pillows into the sky 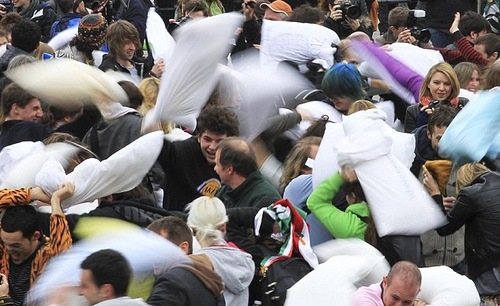 A crowd of Pillow Fighters 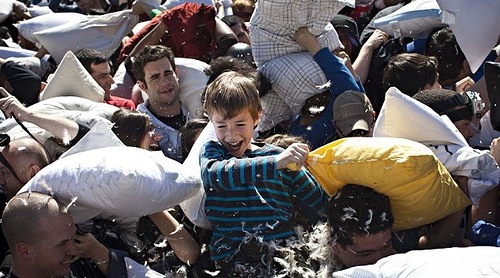 Children and adults, anyone can participate 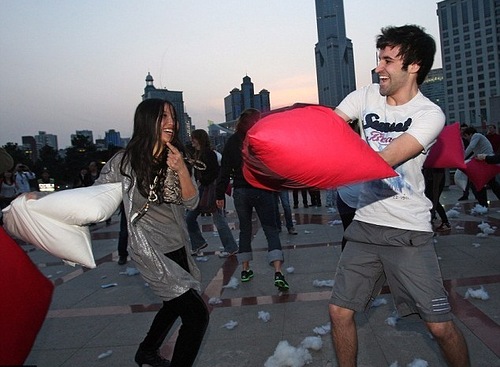 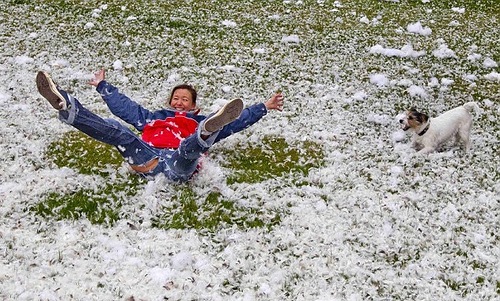 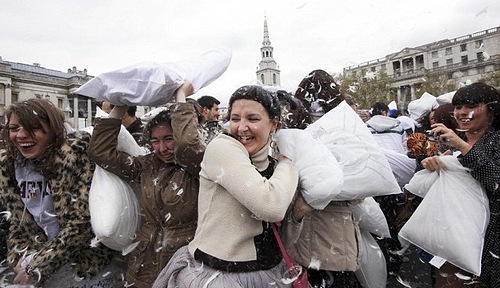 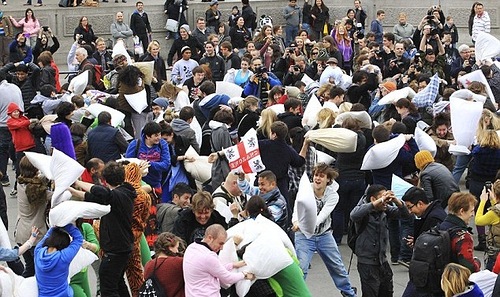 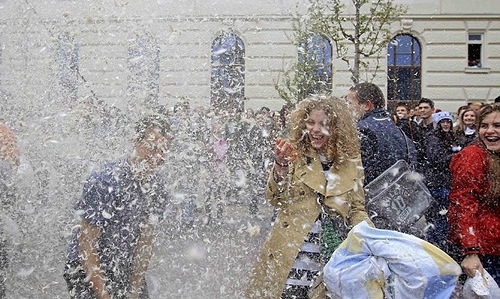 A wall of feathers