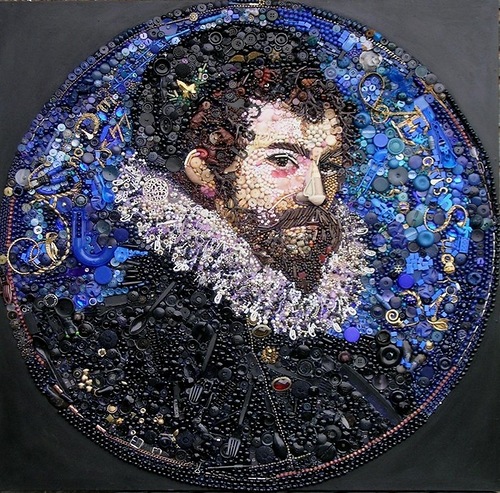 Jane Perkins button art
British artist Jane Perkins, after 17 years of working as a nurse in a hospital in London, became interested in art. In 2006 she received an art education in the field of textiles. And then, using the skills, began to create beautiful collages from litter and small household items – buttons, broken toys, plastic cutlery, disposable forks. Collectors buy the works of a former nurse at a price of $3000. Jane says “I am a ‘re-maker’, taking inspiration from found objects and working them into something new. Although my background is in textiles, I now work predominantly with plastic. I love art with an element of fun and the unexpected, and hope my work will make you smile!” 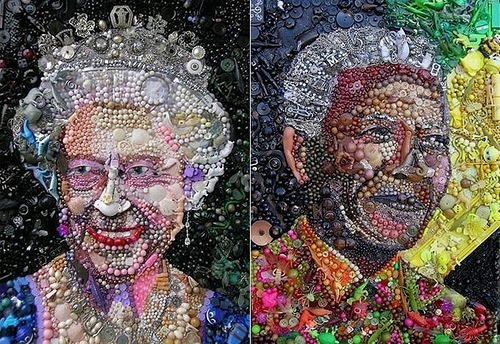 Meanwhile, Jane Perkins has been creating art works, drawing, embroidering from childhood. From school, she trained as a nurse and was a Ward Sister for 7 years. After 17 years as a nurse and 10 more as a full time mother, she decided it was time to develop her creative potential. Later, Jane took a degree in Textiles, gaining a First in 2006. During her final year, she worked mainly with found materials, especially beach debris and driftwood. According to Perkins, she enjoys using materials which have a history, and loves art with an element of fun and the unexpected.

“Old Masters are given a contemporary twist. I use anything of the right size, shape or color: toys, shells, buttons, beads, jewellery, curtain hooks, springs etc. No color is added – everything is used exactly ‘as found’.” Jane Perkins 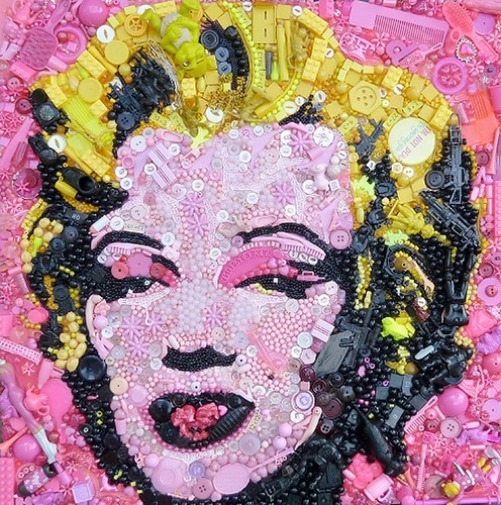 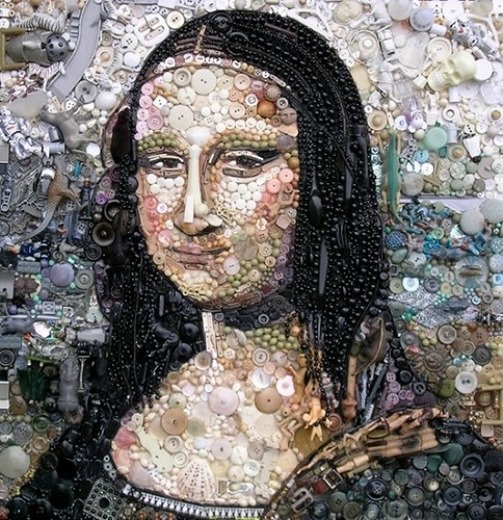 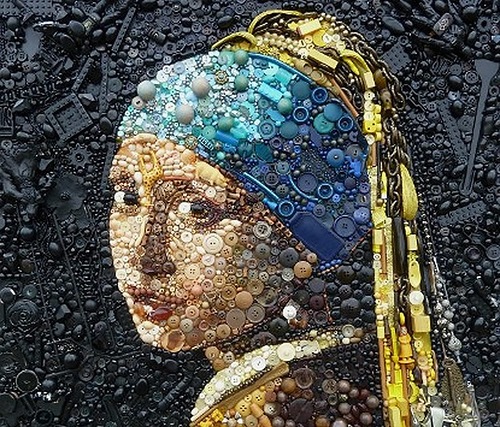 A girl with earring 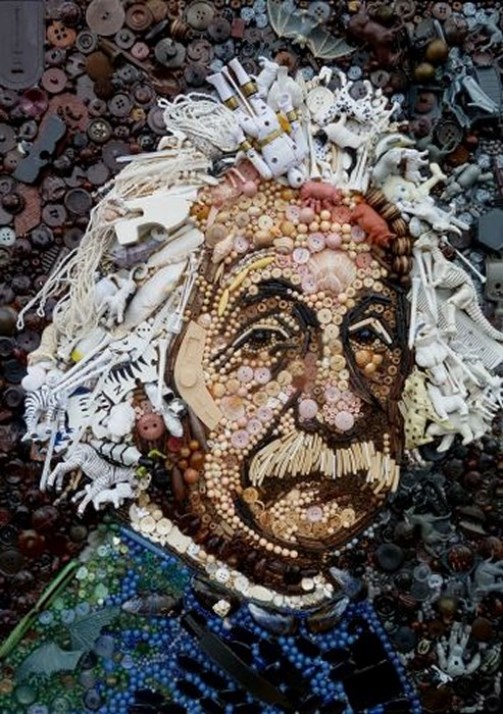 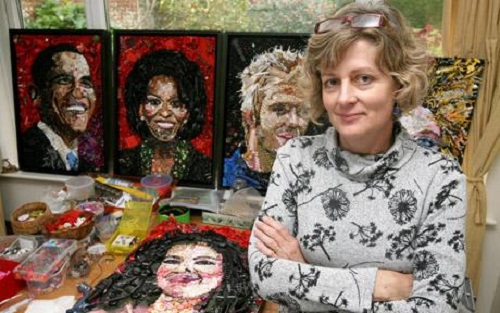 Closeup. Inspired by the 1984 National Geographics iconic photo of a green-eyed Afghan girl