Eighteenth-century pervert Marquis de Sade believed anything went sexually, morally and spiritually. In fact, Sadism derives from his name as he believed in putting his partners through agony in pursuit of ecstasy. Committed to a lunatic asylum, Sade was incarcerated in various prisons and in an insane asylum for about 32 years of his life. In particular, 11 years in Paris (10 of which in the Bastille), a month in the Conciergerie, two years in a fortress, a year in Madelonnettes, three years in Bicetre, a year in Sainte-Palagie, and 13 years in the Charenton asylum. Accordingly, many of his works he wrote in prison. 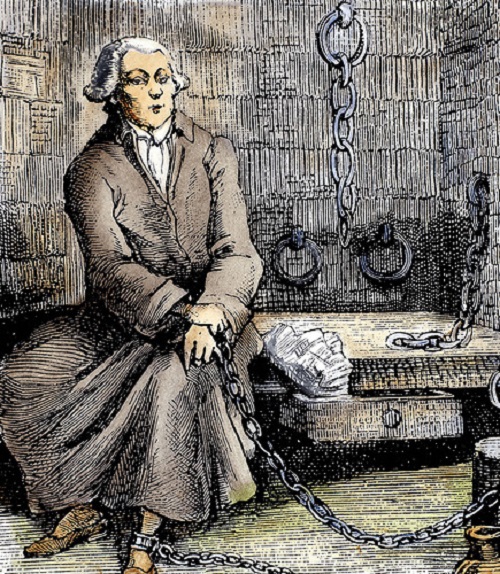 In recent years, de Sade lived in poverty and disease, and worked in Versailles theater. However, by the beginning of 1800 he found himself in the Versailles hospital. He was dying of hunger and cold, under threat of a new prison for debts. Placed in a shelter Sainte-Pelagie on April 5, 1801, he was then transferred to Charenton. Nevertheless, there he was again able to devote himself to writing comedies and even put them on stage for the inhabitants of the shelter.

Before his death, Marquis de Sade left a will, in which he wrote: “When put into the ground, scatter acorns on top, let to young shoots hid my burial place so that trace to my grave would have disappeared forever… I am hoping to disappear from people’s memory”. 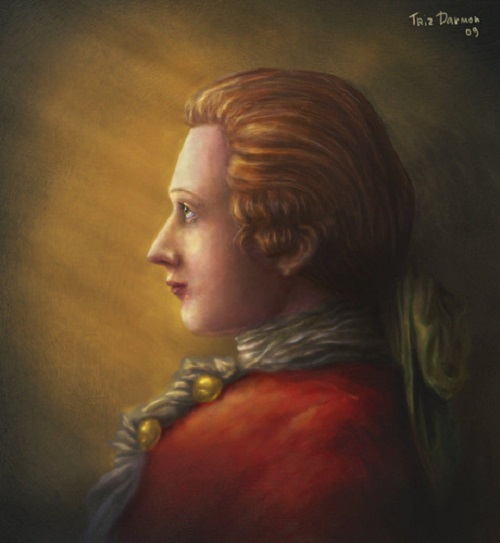 Sade died at Charenton December 2, 1814. His death of an asthmatic attack was peaceful. Unfortunately, nobody observed his will, and buried him according to the Christian tradition – in the cemetery of Saint-Maurice. Burial took place on December 5, 1814. According to another version, his grave is in a remote corner of his own estate.

Marquis de Sade by ~TrizDarmon
“I used Portrait of Donatien Alphonse Francois de Sade by Charles Amadie Philippe van Loo as a base for it, because the drawing dates to 1760, when the Sade was nearly 20 years old and it was the only known authentic portrait of the Marquis”. 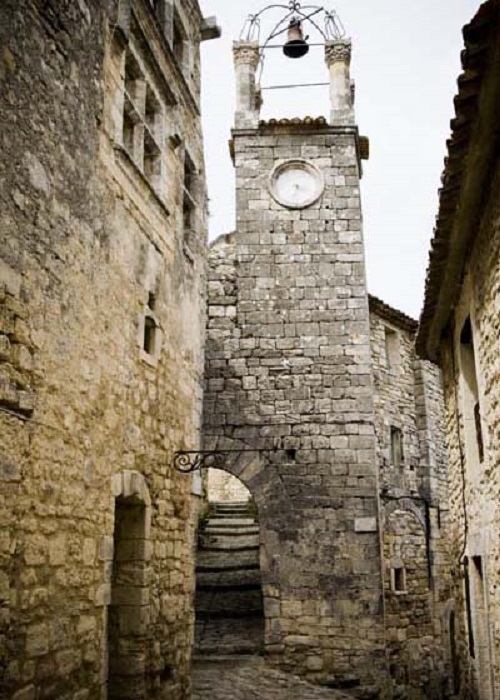 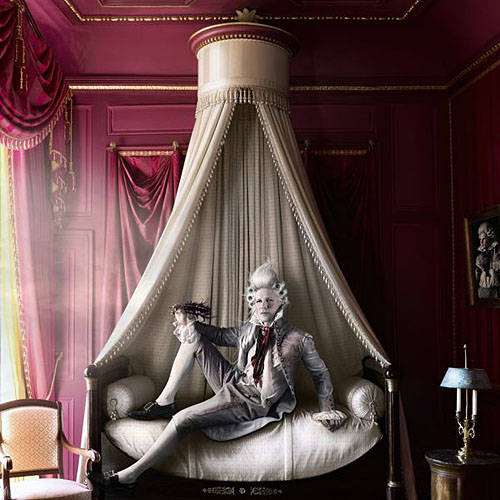 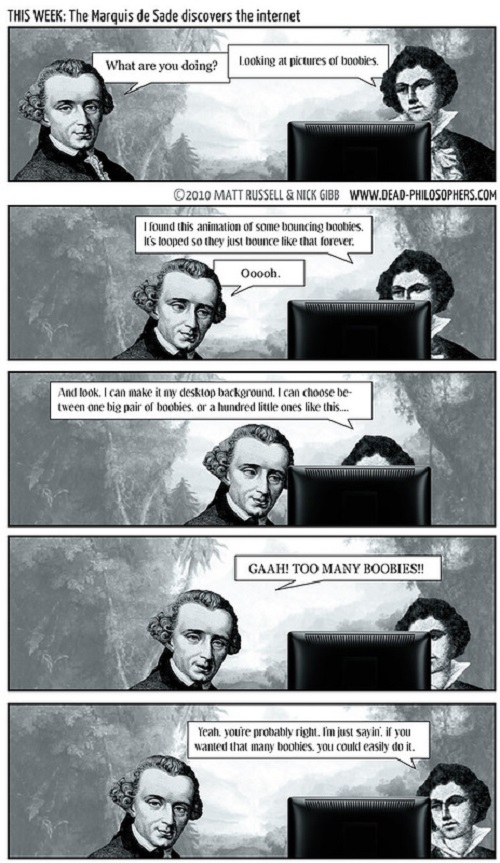 Fanart on the theme of Marquis de Sade 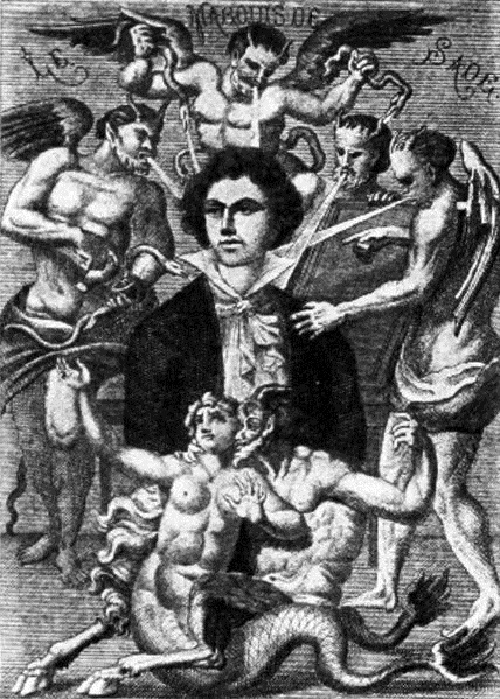 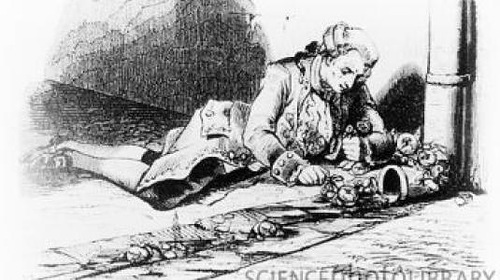 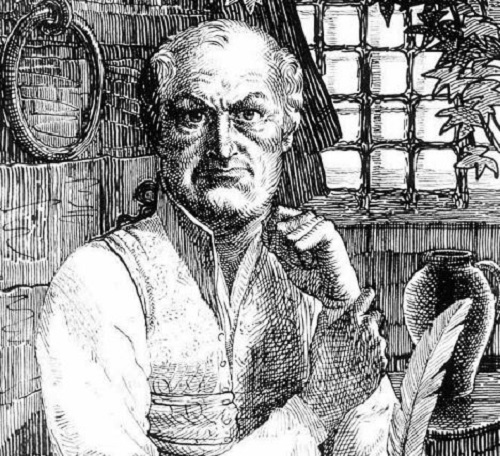