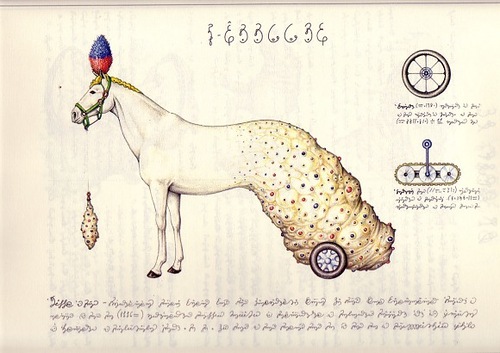 An art book unlike any others, Mysterious Codex Seraphinianus by Luigi Serafini

Mysterious Codex Seraphinianus by Luigi Serafini
An illustrated encyclopedia of an imaginary world, Codex Seraphinianus is a creation of Italian artist, architect and industrial designer Luigi Serafini. He created it during thirty months, from 1976 to 1978. In fact, it’s one of the weirdest books ever published. Indeed, an art book unlike any others.
Noteworthy, SERAPHINIANUS is an abbreviation of a long phrase. Here it is – “Strange and Extraordinary Representations of Animals and Plants and Hellish Incarnations of Normal Items from the Annals of Naturalist/Unnaturalist Luigi Serafini”. In particular, it contains unique grotesque and disturbing surreal parody, pages of the Twilight Zone. Codex Seraphinianus is a window on a bizarre fantasy world complete with its own unique (unreadable) alphabet and numerous illustrations that borrow from the modern age but veer into the extremely unusual. It seems to be very similar to the famous “Voynich Manuscript” … which is the world’s one of the most mysterious and weirdest books indeed.

Illustrations, in fact, often surreal parodies of things in the real world: bleeding fruit; couple having sex turns into a crocodile, etc. Some of the illustrations are easy to recognize, such as a map and the faces of people. Almost all drawings are bright, colorful and rich in detail. 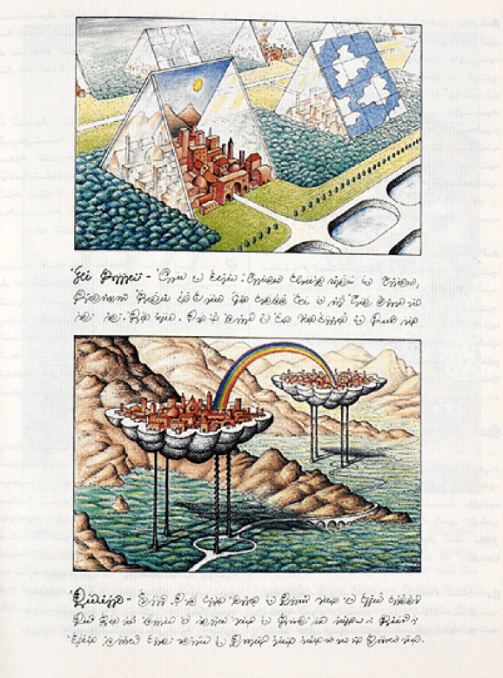 The first chapter shows the many species of flora: strange plants, floating trees, hybrids of vegetables and fruits, etc.
The second shows the different animals in surreal variations, such as fish – eye, the horse – bot, etc.
The third chapter shows the members of the race with very strange bodies.
In the fourth chapter is shown the process of an unknown science, it is probably physics or chemistry.
In the fifth chapter – the bizarre and strange machinery mechanisms.
The sixth chapter depicts the human sciences: biology, sexuality, various kinds of Aboriginal and even examples of plants and tools (such as the giant pens, keys), located directly on the human body.
The seventh chapter depicts a story and shows different people of unknown purpose in history. Also included examples of burial and mourning customs.
The eighth chapter depicts the writing system of the world of the Code.
The ninth chapter displays food, dining practices, and clothing.
The tenth chapter are shown various strange games (including playing cards and board games) and athletic sports.
The eleventh chapter – an architectural view. 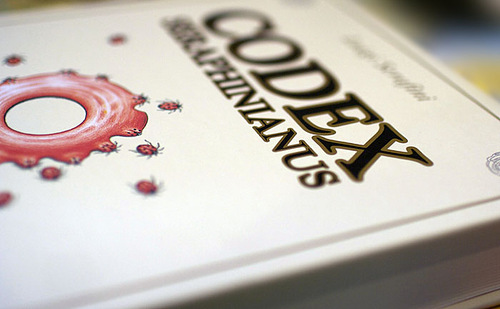 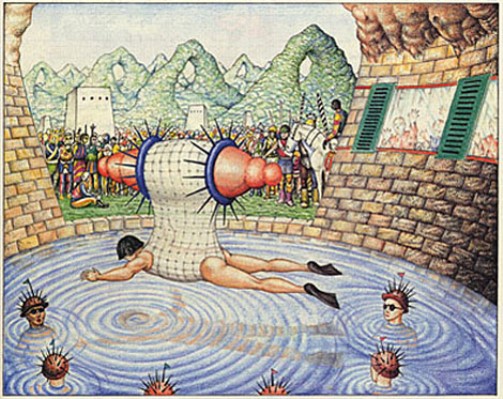 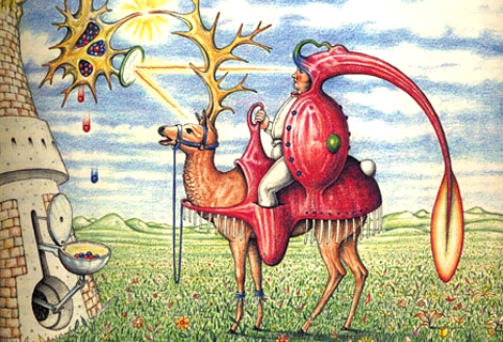 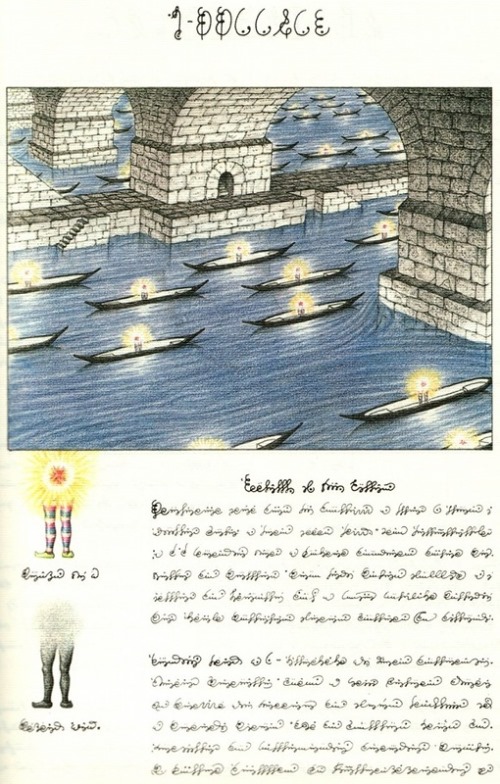 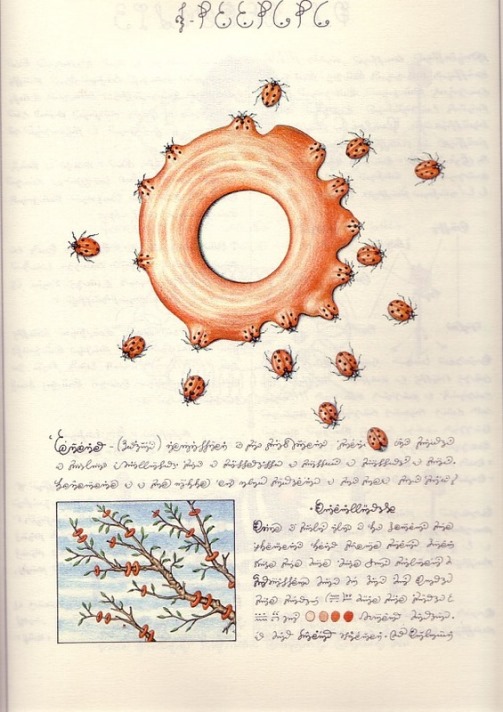 The first chapter shows the many species of flora 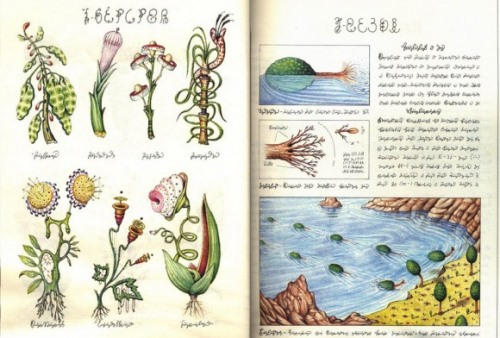 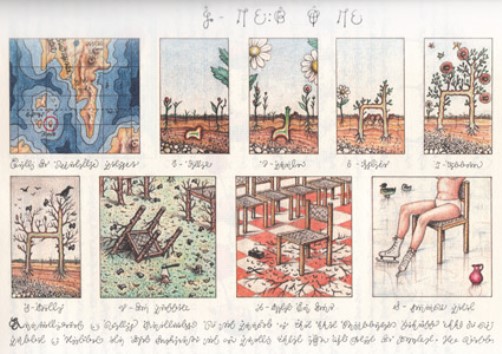 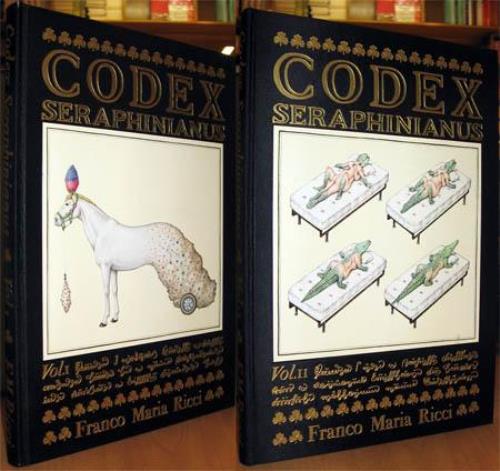 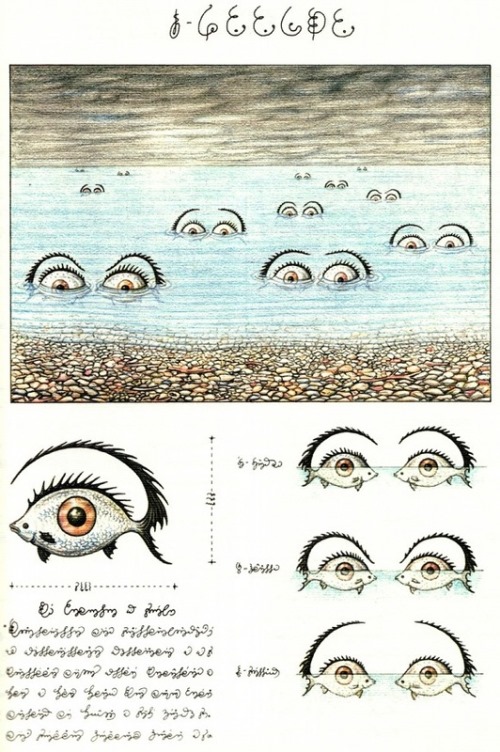 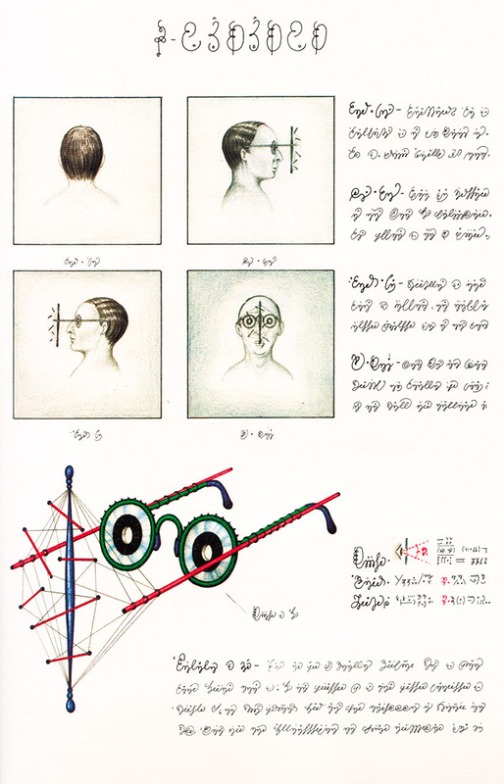 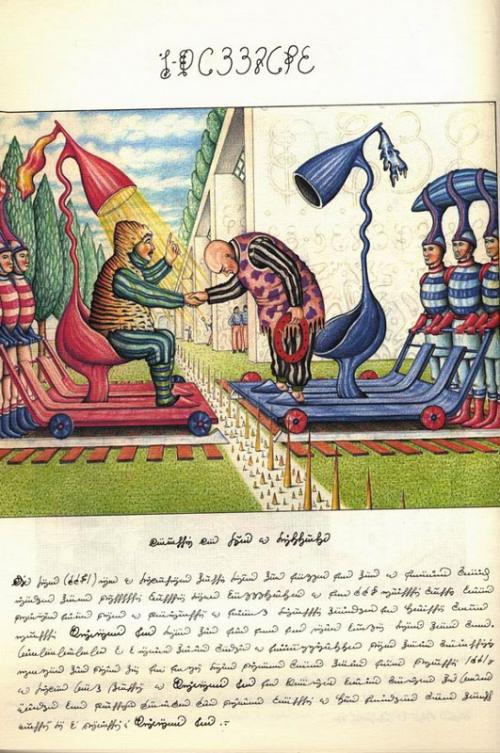 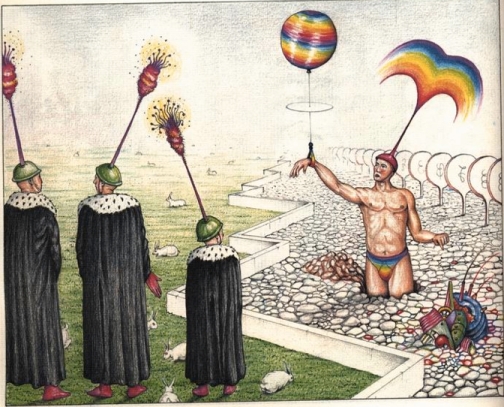 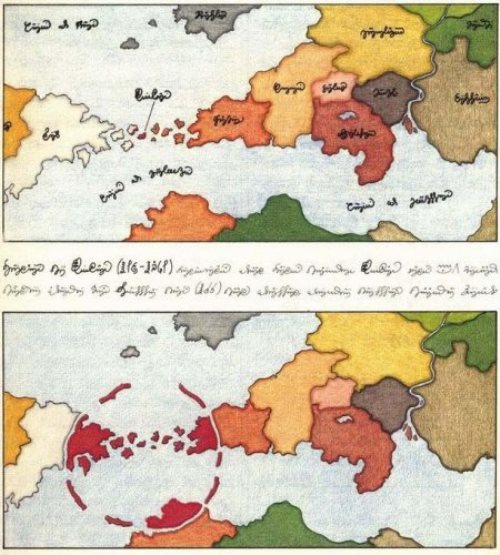 Geographical map in the Codex