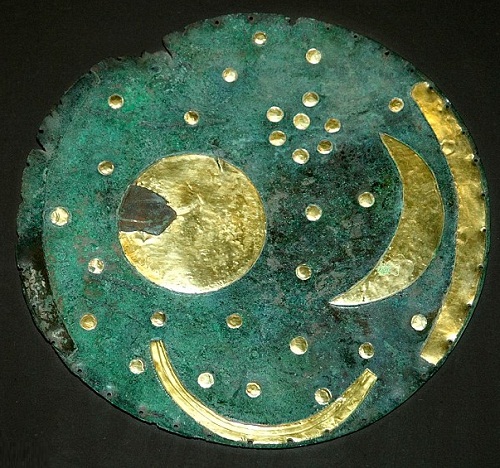 This mysterious Sky Disk decorates the archaeological State Museum of Prehistory, founded in Naumburg in 1819. In 1825 the museum moved to Halle, Germany. According to scientists, The Nebra Sky Disk dates back to the early Bronze Age. In fact, it was an astronomical instrument, the world’s oldest known. Noteworthy, the museum exhibits 15 million items. 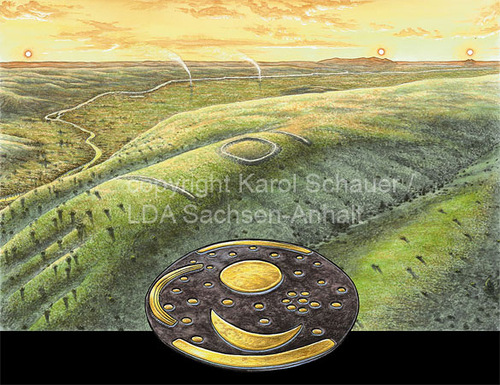 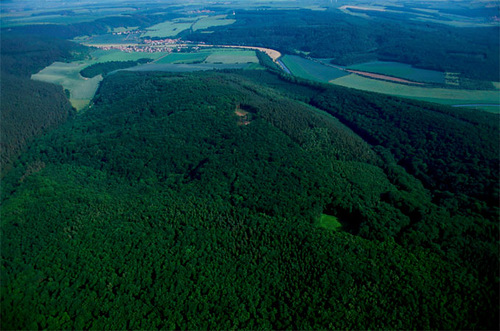 The mountain Mittelberg (Nebra) near the town of Wangen (Unstrut), where people found the sky disk 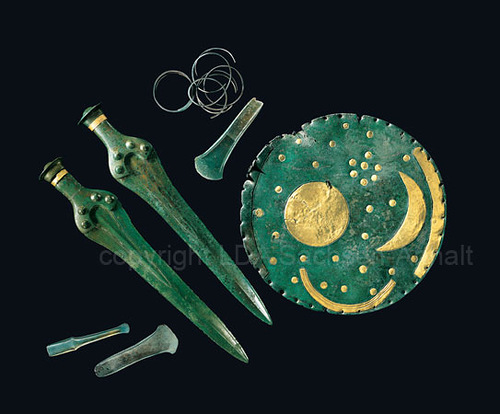 Fortunately, the disc was not the only discovery. Also, researchers found other findings – swords, axeheads, chisel and spiral armbands

Of course, there were also other findings – swords, axeheads, chisel and spiral armbands 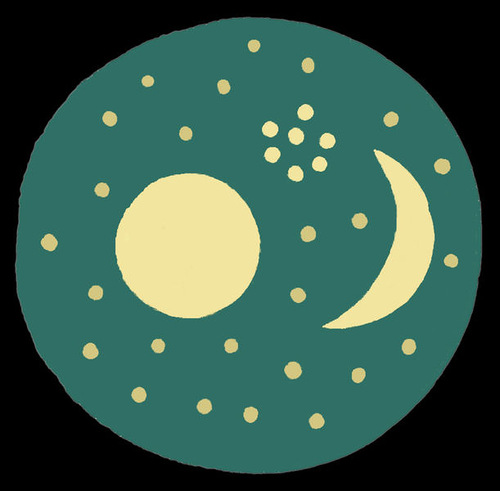 1) On the left the full moon, on the right the waxing moon, and between and above, the Pleiades 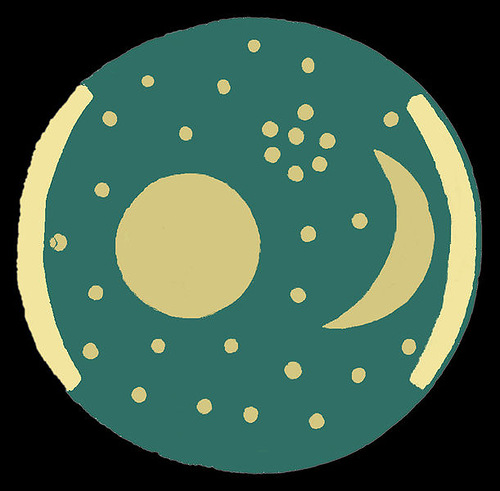 2)Arcs added on the horizon for the zones of the rising and setting sun. Individual stars were shifted and or covered. 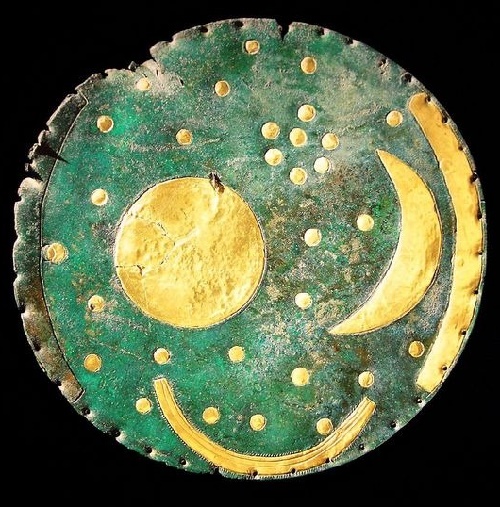 Addition of the “sun boat” 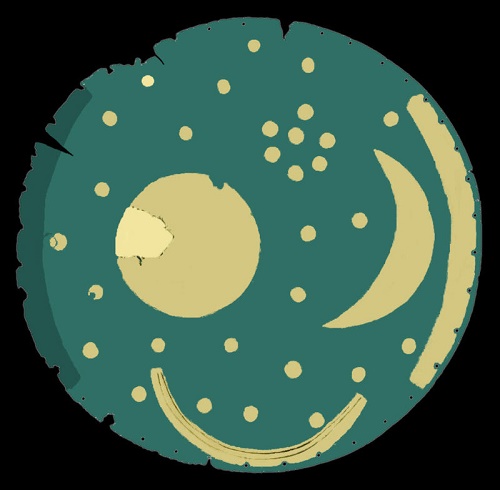 Diagram of the disk in its current condition (a star and a part of the sun, or full moon were restored)

The disk is part of the permanent exhibition in the Landesmuseum für Vorgeschichte (State Museum of Prehistory) in Halle. 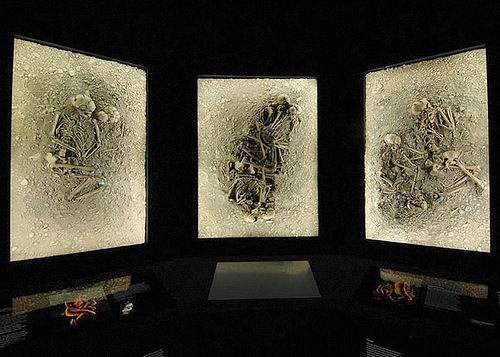 Among other most extensive and important items the museum exposes famous exhibits the Eulau family graves of Corded Ware culture. Corded Ware culture is associated with some of the Ind-European family of languages and related to the Catacomb culture.