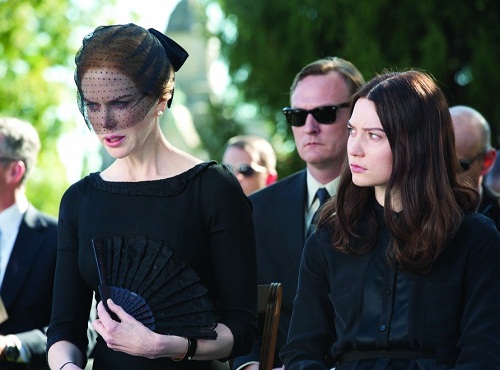 Stoker 2013 psychological thriller
After father’s death to the girl India and her emotionally unstable mother Evelyn comes their mysterious uncle Charlie. Stoker 2013 psychological horror film, directed by the Korean Park Chan-wook and written by Wentworth Miller. It stars Nicole Kidman as Evelyn Stoker, Mia Wasikowska as India Stoker, Matthew Goode as Uncle Charlie Stoker. Wentworth Miller, the screenwriter was influenced by Bram Stoker’s Dracula, and described his screenplay as a “horror film, a family drama and a psychological thriller.” Hitchcock’s Shadow of a Doubt also influenced the film. Miller said: “The jumping off point is actually Hitchcock’s Shadow of a Doubt. So, that’s where we begin, and then we take it in a very, very different direction”. The film is the English-language debut by the Korean director Park Chan-wook. By the way, in Russia the film has another title – “Perverse games”. Some more interesting facts about the film – inside the post. 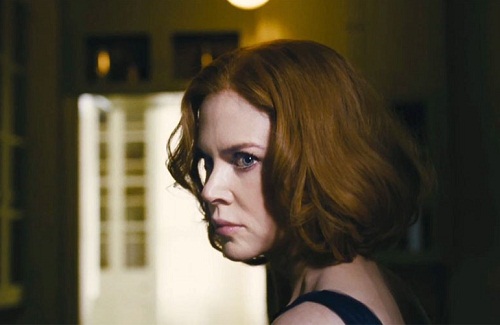 Beautiful Nicole Kidman in the role of a psychopath and a desperate nymphomaniac, and concurrently also the widow of the deceased and the mother of India – Evelyn “Evie” Stoker

Wentworth Miller said in an interview that he saw Matthew Goode in the role of Charles Stoker, when he wrote the script.

– This is the first English-language film directed by Park Chan-wook.
– Contender for the role of India were Carey Mulligan, Kristen Stewart, Rooney Mara, Emily Browning, Emma Roberts, Bella Heathcote, and Ashley Greene.
– The film was shot in 40 days.
– Scenario by Wentworth Miller in 2010 ranked fifth in the “Black List” – ten best unrealized scripts.
– Applicants for the role of Charlie Stoker were Colin Firth, James Franco, Michael Fassbender and Joel Edgerton. Initially, the role was given to Colin Firth, but he refused and Matthew Goode was instead of him.
– On the set the director spoke with the actors with the help of an English-speaking interpreter. Matthew Goode joked about it: “Pak knew more than he pretended. Give him a little whiskey – he really knows the language. ”
– Composer Philip Glass and Clint Mansell collaborated in the development of the soundtrack for the film: Mansell composed the main soundtrack and Glass created the melody played by India and Charlie on the piano.
– Jodie Foster and Carey Mulligan were chosen on the role in this film, but both refused, and instead got the role of Mia Wasikowska and Nicole Kidman.
– This is the first English-language film directed by Park Chan-wook.
– This is the first script written by Wentworth Miller.
– Initially, Jodie Foster was taken for the lead role in the film, but refused and instead, her role played Nicole Kidman. In the movie “Panic Room” (2002) was the opposite – Nicole Kidman could get the lead role, but refused, and instead of her, played Jodie Foster. 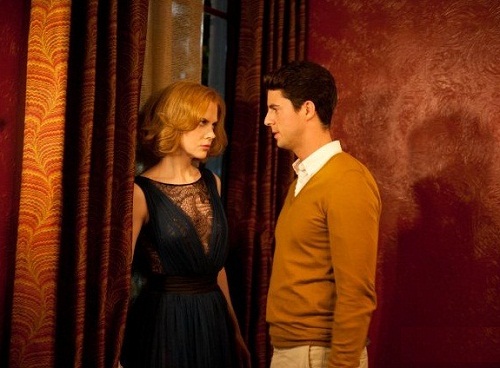 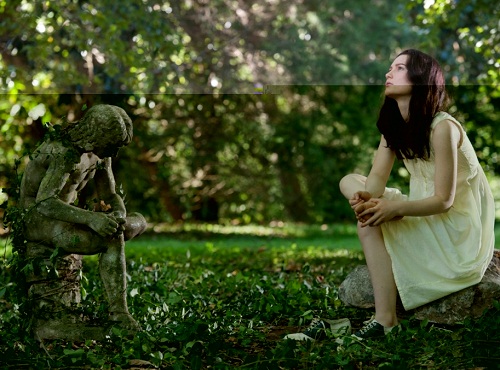 India blank look, peculiar habits of civilized Mowgli, give her a special charm, and some mystic to the film itself 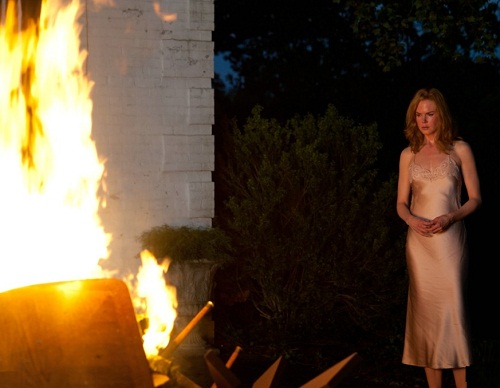 Matthew Goode was just on top. All his gestures, facial expression, everything that he did – just captivate, the tension was so high in all of these moments 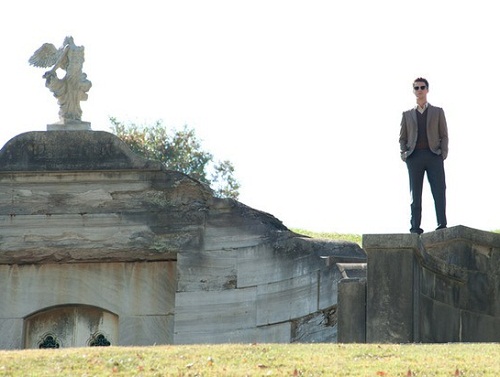 With father’s funeral begins the narrative of the film, to be exact, with no one predicted the appearance of the brother of the late head of the family – Uncle Charlie 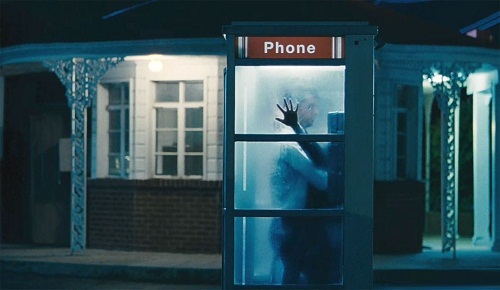 The film on the Russian screen has a name “Perverse games”. Stoker 2013 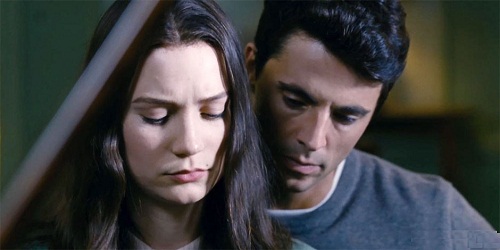 Sometimes you have to do something bad to not afford to do anything more disgusting. Stoker 2013 psychological horror film, directed by Park Chan-wook 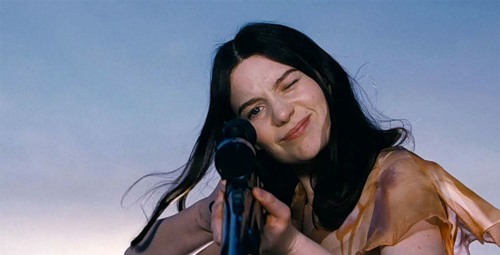 The main fascination of India – not drawing birds in a notebook or photographs of the barbed wire on the fence of nearby military unit, but the shooting from a hunting rifle equipped with a telescopic sight, hunting for drakes, ducks and small baby animals, which her caring father taught her 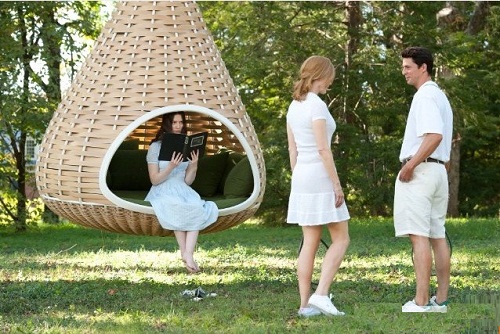 Uncle Charlie so artfully seduced her mother, that has not had time to look back as his niece got into his nets 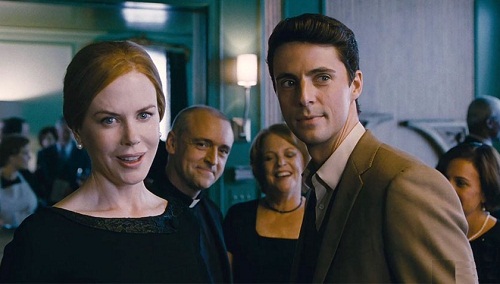 The main communication takes place between uncle and niece, mother appears rather as an independent unsatisfied woman who dreams of a relative roommate, and he sometimes uses this, in order to arouse the jealousy from India 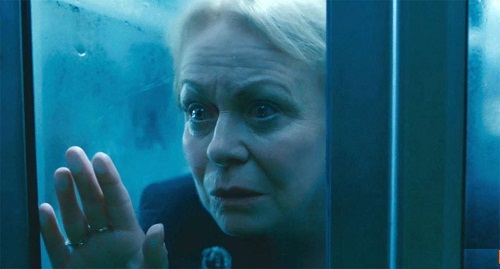 Scene from the psychological thriller Stoker 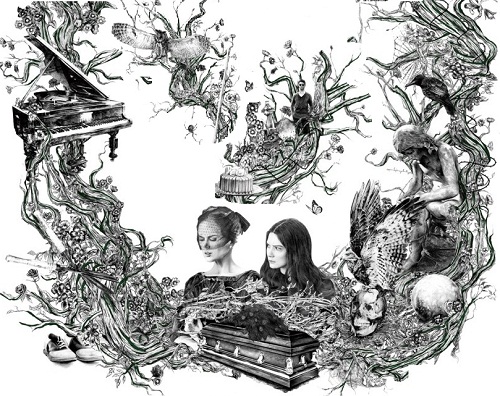 Art collage on the 2013 film Stoker 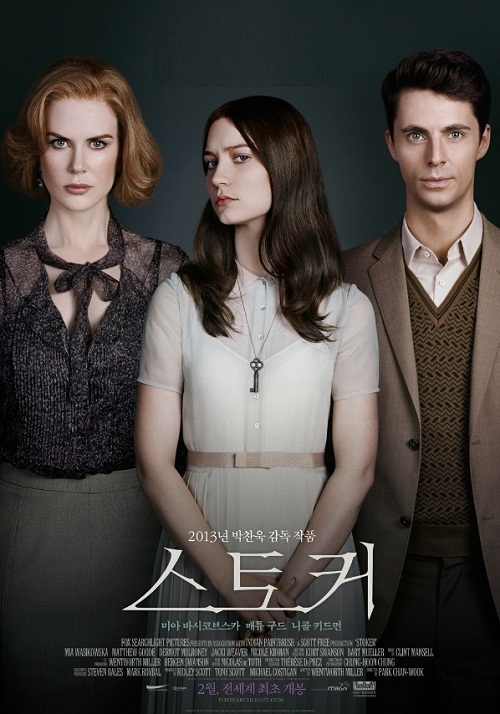 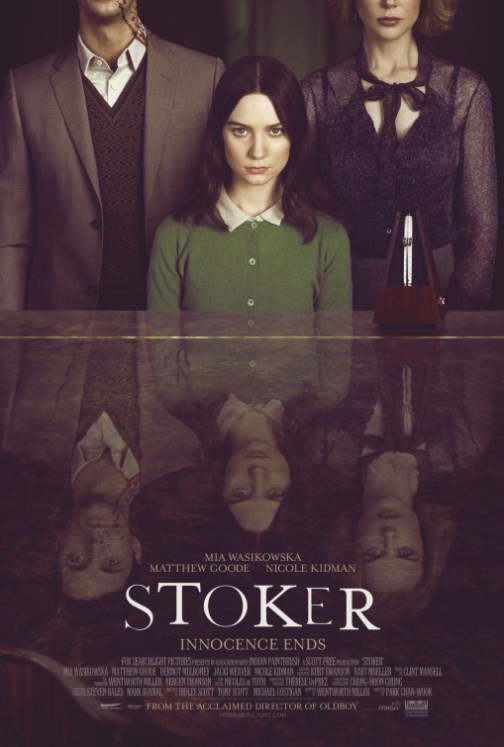